We’ve all heard about the importance of eating enough protein. It helps build and repair muscle, it provides us with much-needed energy, and it even plays a role in gut health. In many cuisines, most of which are from the west or have been influenced by Western colonization, protein became synonymous with meat, dairy, and eggs. And, it’s seen as superior to plant-based sources like beans, tofu, and lentils. But that couldn’t be further from the truth. In many ways, you could say that plant protein is better than animal protein. We’ll explain why. 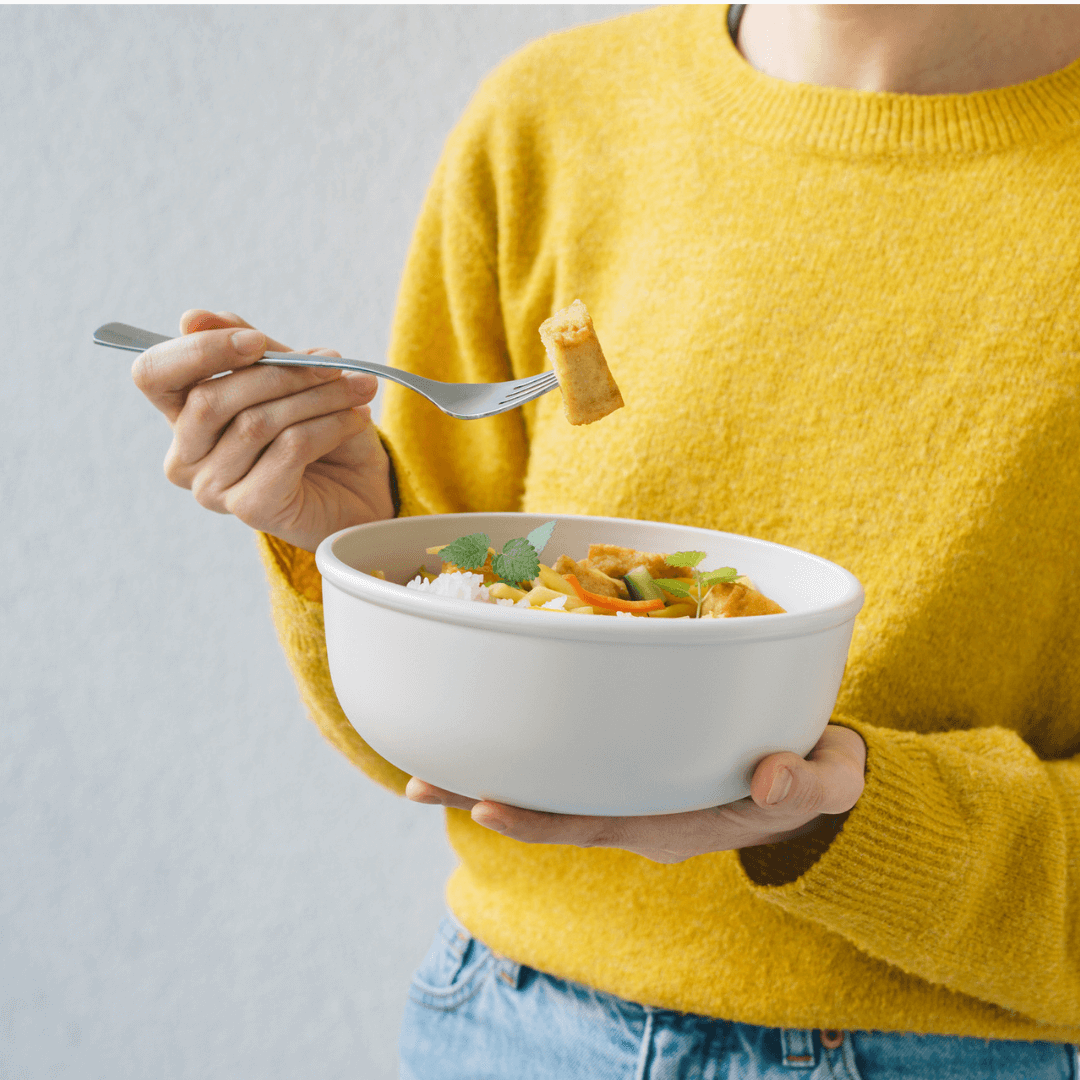 What does protein do?

Protein is an essential macronutrient that’s made up of chained-together amino acids. Our bodies use 20 different amino acids to build protein. Your body can make 11 of those amino acids on its own while the other nine must be acquired through food. These are known as “essential amino acids.” In case you’re wondering, they’re called histidine, isoleucine, leucine, lysine, methionine, phenylalanine, threonine, tryptophan, and valine.

Protein is crucial to a number of health functions. It supplies your body with energy while building and repairing tissue after injuries, workouts, surgery, and other forms of wear-and-tear.

Your body uses protein to make enzymes, which are needed for healthy digestion, blood clotting, muscle contraction, and energy production. Protein also strengthens your immune system, aids in transporting nutrients to your cells, regulates fluids, and helps you maintain proper pH. As you can see, protein does a lot. 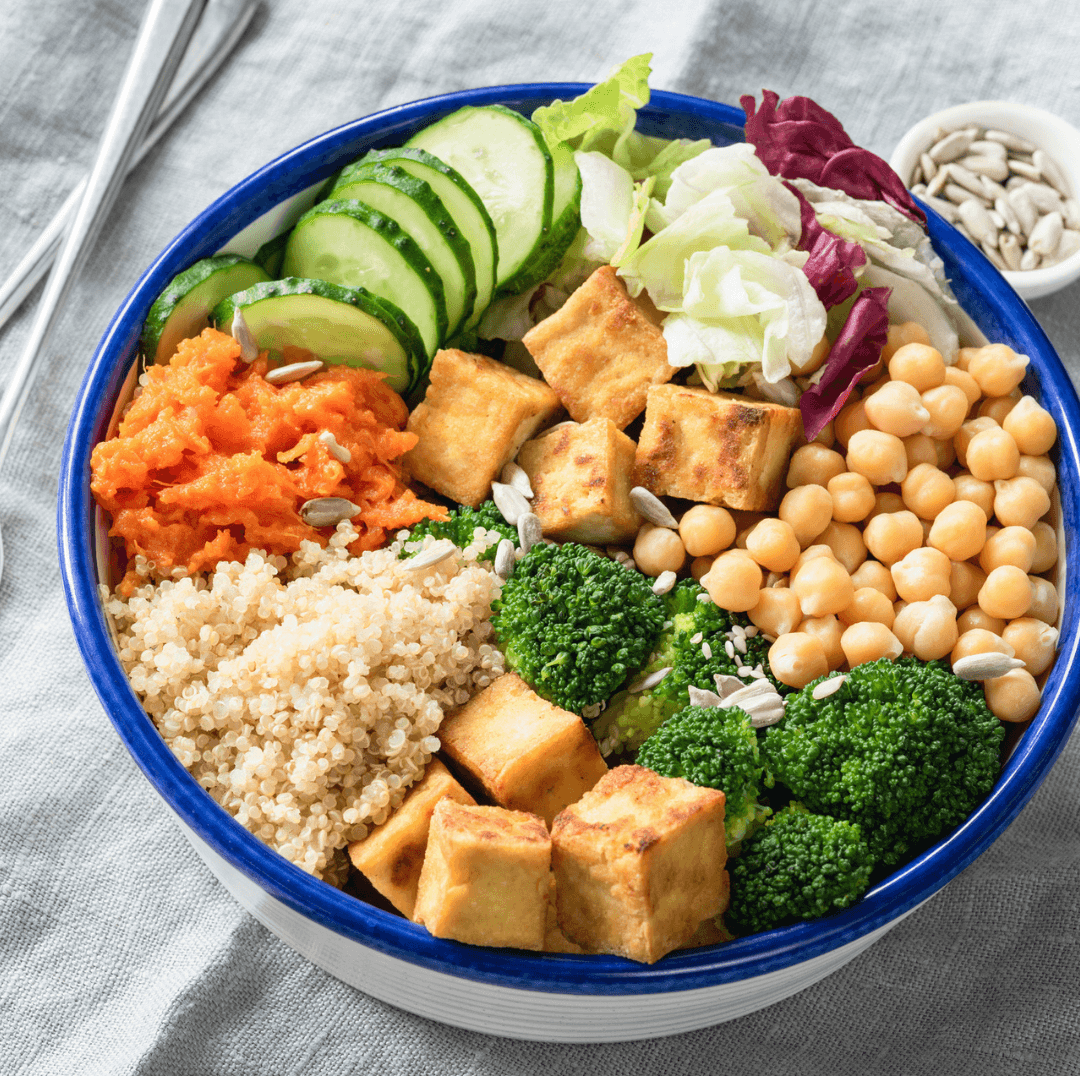 Can you get protein from plants?

Yes, you can—and there are a lot of options to choose from. There are lentils, peas, beans, seitan, and pre-packaged plant-based meats. Soy products like tofu, tempeh, and edamame are especially rich in protein as well as vitamins and minerals.

Are there any downsides? “Of note, the iron type and content does vary between plant-based and animal-based protein sources; non-heme iron, which is found in plant proteins, is less readily absorbed,” Gillespie adds. 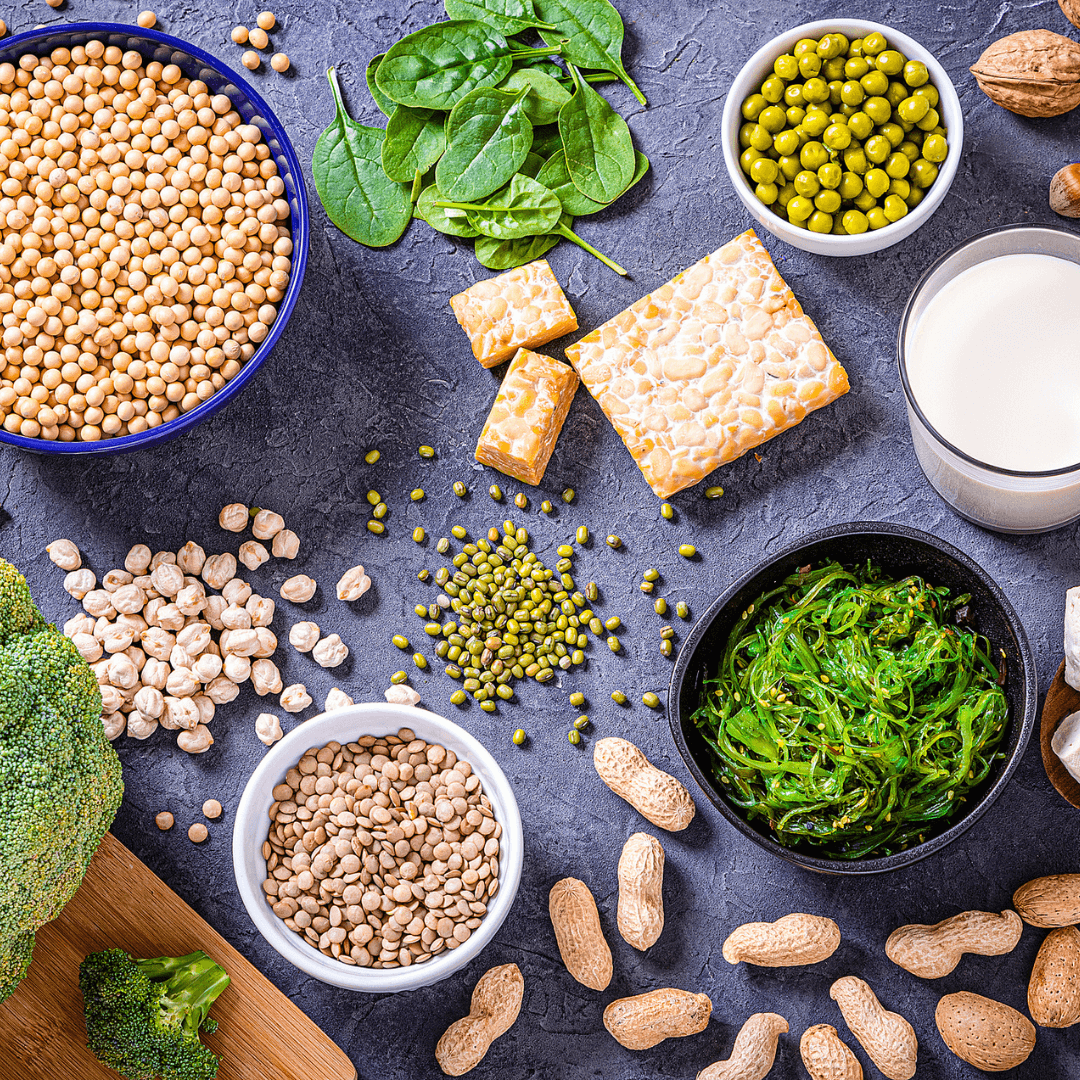 In VegNews’ eyes, animal protein’s biggest offense is that it comes from animals who have been subjected to a life of being raised to be killed. These animals have the capacity to think and experience fear, happiness, and pain, similar to dogs. Not to mention, animal agriculture is a major contributor to human-caused climate change, deforestation, air and water pollution, soil degradation, ocean acidification, habitat loss, and biodiversity loss.

That’s a lot of reasons to cook with plant-based protein more often. But as always, you should consult with your doctor before you make any major dietary changes that could affect your health. A registered dietitian could also help you develop a meal plan that’s tailored to your lifestyle and teaches you how to get your protein from plants.

There are also some health benefits to eating your tofu and beans. Here’s why.

There’s no getting around how essential it is to consume enough protein. In general, anywhere between 10- to 35-percent of your daily calories should come from it.

But that’s in general. Your actual protein requirements are influenced by age, body size, physical fitness, pregnancy, illness, or whether or not you’re recovering from a surgery or major injury.

Thankfully, research shows that there is little difference between plant- and animal-derived proteins in terms of how our bodies use it.

“In fact, the differences that once were thought to make plant-based proteins less bioavailable are now understood as not really being all that important,” says Dana Ellis Hunnes, PhD, MPH, RD. These proteins also come with additional benefits, which we’ll get into next.

Inflammation is your body’s natural reaction against illness and injury. Over time, chronic inflammation can contribute to Type 2 diabetes, cancer, and cardiovascular disease, according to Harvard Health.

Some of these can even cancel out the negative effects of inflammation. For example, chickpeas, lentils, split peas, and other legumes are high in fiber and phytonutrients that decrease inflammation.

Meat, seafood, and dairy products don’t naturally contain fiber, an indigestible carbohydrate that helps keep our gut bacteria happy and our digestive systems in good working order. But, plant proteins like lentils, beans, and other whole-food, plant-based proteins do.

Even some vegetables contain small amounts of protein, though you should source most of this muscle-builder from heavy-hitters like the legume family. Fiber has been linked to a number of health benefits, including maintaining bowel health, regulating blood sugar levels, and lowering “bad” cholesterol levels.

Unless the majority of a plant-based diet consists of foods with little nutritional value—like chips, cookies, candy, ice cream, most snacks, and other prepackaged foods, it’s nearly impossible to become deficient in protein, even if you don’t like bean curd or navy beans.

“If you don’t like tofu, don’t force yourself to eat tofu,” says Hunnes. “Almost any food contains some protein. Even whole-wheat bread has four to five grams of protein per slice. So if you’re varying it up every day, you’ll get enough protein, fiber, and nearly all the other nutrients you need from your diet.”

5 You can get enough amino acids

Plant and animal proteins differ in their amino acid content, which is why the former has a reputation for being inferior to the latter. In general, animal proteins do contain the nine essential amino acids. But the idea that plant proteins are somehow lower in quality is a myth.

Some plant-based sources, such as soybeans, tofu, tempeh, quinoa, buckwheat, amaranth, hemp seeds, and nutritional yeast, are complete proteins. But, some of those options can be pricey. Thankfully, it’s easy to get all nine essential amino acids from plants by combining different foods. This is because plant proteins tend to be high in some amino acids, but contain inadequate amounts of others. The options for this, which combine carbohydrates with proteins, sound delicious.

“Examples of pairings that are complete protein sources include brown rice and black beans, peanut butter on whole-grain toast, and hummus with pita,” says Gillespie.

Some other options include whole-grain pasta with peas (plus garlic, lemon, extra virgin olive oil, and fresh-cracked black pepper) and a hearty lentil or bean soup with whole-grain crackers.

6 Plant protein can have a lot of health benefits

As we already know whole-food plant-based proteins usually contain fiber, but they also come with a number of other health benefits.

Plant-based proteins contain a wide array of vitamins, minerals, and antioxidants while animal proteins tend to be higher in fat and cholesterol. Studies have shown that a diet rich in whole, plant-based foods may lower your risk for a number of chronic health conditions, including heart disease, stroke, Type 2 diabetes, and certain forms of cancer.

In short, you can get enough protein from plants and it’s near-impossible to become protein deficient in the western world. Combine different types of plant-based proteins to ensure that you’re getting the nine essential amino acids as well as vitamins, minerals, and dietary fiber.