European vegan nutritional shake brand Huel recently raised $24 million in a Series B funding round, bringing the eight-year-old startup’s value up to $560 million. English actor Idris Elba—best known for his roles in The Wire, Luther, and Mandela: Long Walk to Freedom—and his wife Sabrina invested in the company alongside British comedian and TV presenter Jonathan Ross and activewear brand TALA’s CEO Grace Beverley.

“I’ve been a ‘Hueligan’ (a Huel fan) for several years now, starting my journey while preparing for my role in Thor, so to come on board with Huel was an easy decision,” Elba said in a statement. “I believe in their mission to deliver nutritionally complete food, sustainably. We have some exciting projects coming up and I look forward to spreading the message and raising awareness around healthy, low carbon food.” 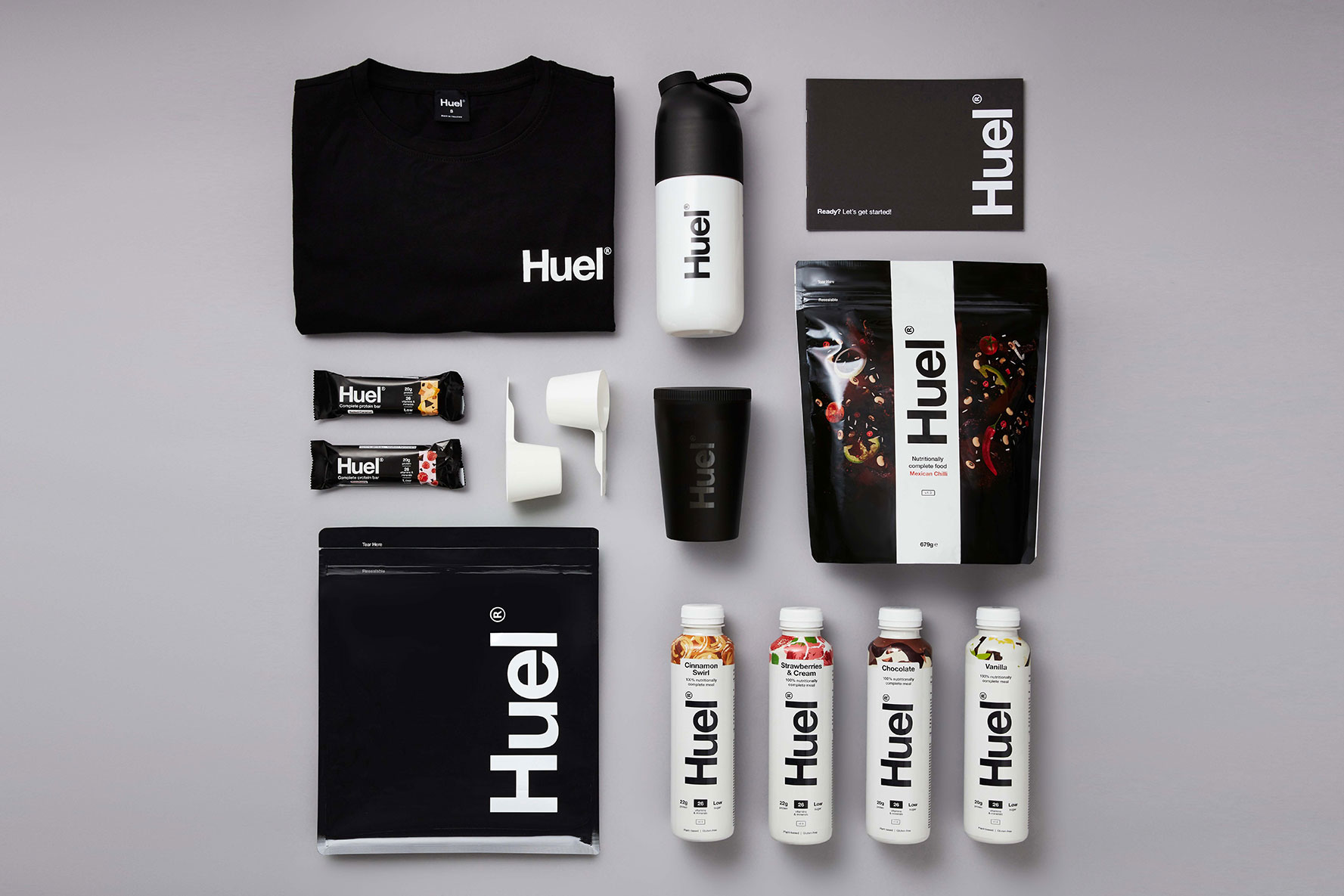 Huel—a portmanteau of “human” and “fuel”—was founded by Julian Hearn and James Collier to provide a solution to the environmental consequences of standard food production and food waste by making a nutritionally complete, convenient, affordable food solution with minimal impact on the environment and animals.

Its first product, a low-carbon-footprint protein powder, launched in the United Kingdom in 2017 and the brand has since expanded into ready-to-drink, snack bar, and hot lunch options.

“We are trying to change the way the world thinks about food and Huel offers a solution to help people make easy changes to their food choices,”  Huel CEO James McMaster said in a statement.

In 2019, Huel launched its nutritional bars in the United States following a $20-million venture capital round. And today, much of the company’s loyal fans—whom they call “Hueligans”—are in the US, representing Huel’s second-biggest market, followed by Germany and Japan.

Its strong growth—40 percent year over year—is attributed to the new product launches and the company’s expansion from solely direct-to-consumer to retail stores. The new funding will be used in continued international expansion with a focus on the US, along with new product innovation, and continued expansion online and in retail stores. 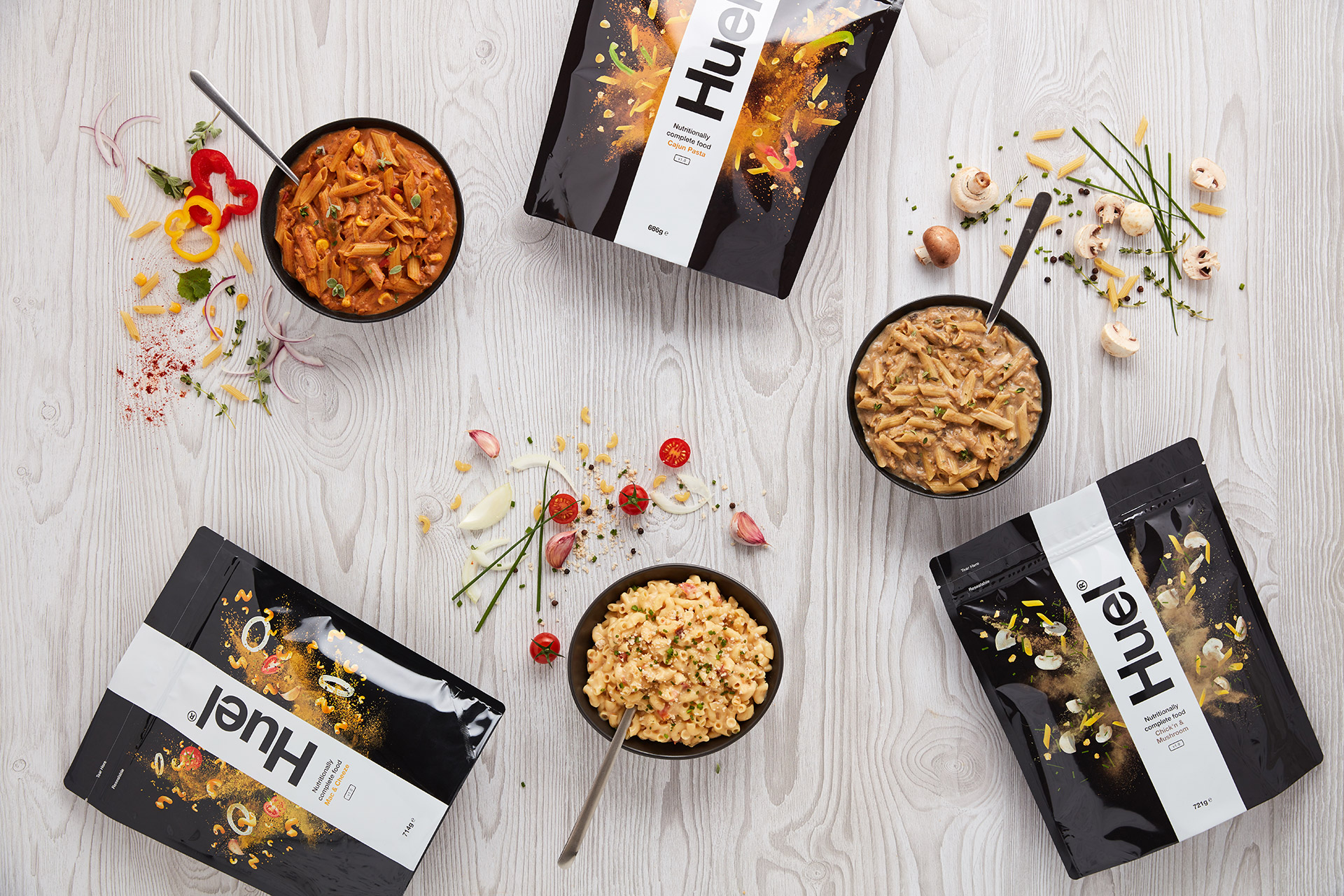 As part of the Elbas’s investment, one of the new projects will include Huel working with them on their climate change initiative to help people eat at 1.5°C, the global warming limit the Paris Agreement is trying to reach. Huel meals fit within a diet aligned with supporting that reduction, and Huel believes that raising awareness of our diets is one of the simplest and most effective actions people can take to tackle climate change.

“We’re excited to have the opportunity to work with Idris and Sabrina to raise awareness of the role of food in climate change and to encourage individuals and the industry in general to move towards a food system based on sustainable nutrition,” McMaster said.

Huel will work with the Elbas to inspire and motivate people about the benefits of changing diets to support the health of the environment, which is a vital component of food sustainability.

Many experts would agree that the diet that best aligns with the goals of the international treaty on climate change is one that excludes animal products. According to the United Nations Intergovernmental Panel on Climate Change (IPCC) report published last year, human activity—including the ways we grow or raise our food—is “unequivocally” responsible for climate change and humanity has only a few years left to keep the planet from warming 1.5°C past post-industrial levels.

And while fossil fuels are often seen as having the most negative impact on the climate crisis, animal agriculture—which contributes to one-fourth of total greenhouse gas emissions—is mostly ignored. Approximately 30 percent of the world’s ice-less land mass is used for animal agriculture and 33 percent of all cropland is used to grow food for those animals. 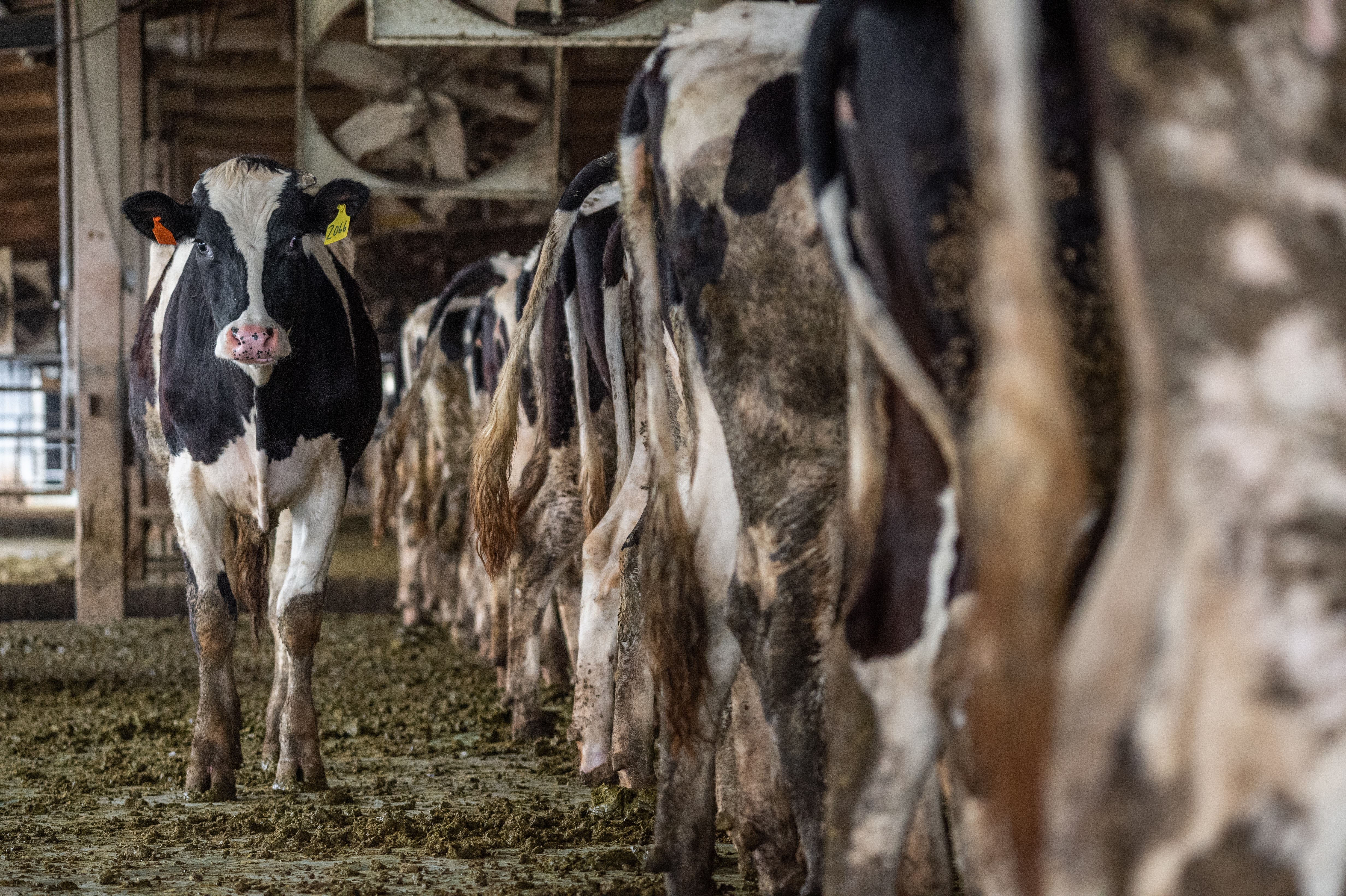 The researchers found that the global meat and dairy industries are responsible for 60 percent of greenhouse gas emissions and that if individuals removed animal products from their diets, they would reduce their carbon footprint by 73 percent. The researchers also found that if meat and dairy production were to cease, global farmland use would be reduced by 75 percent.

“A vegan diet is probably the single biggest way to reduce your impact on planet Earth, not just greenhouse gasses, but global acidification, eutrophication, land use, and water use,” study lead author Joseph Poore said in a statement.

Another report published earlier this month by the Institute for Agriculture and Trade Policy and the Changing Markets Foundation found that the methane emissions of five of the largest meat corporations and 10 of the largest dairy corporations is equal to more than 80 percent of the European Union’s entire methane footprint.

The report also estimated that the combined methane emissions of these 15 companies—which include JBS, Tyson, and the Dairy Farmers of America—exceed the methane footprint of entire countries including Russia, Canada, Australia, and Germany.

“To tackle these emissions in a substantive manner, the number of animals in mass industrial systems of production must be dramatically reduced,” the report says. “This is the most effective measure to reduce emissions from animals themselves and emissions from their manure.”