Swiss food giant Nestlé is getting deeper into plant-based food to future-proof its portfolio. The company’s upcoming vegan food launches will be available in several global markets and hit new categories serving younger consumers, who are increasingly making food decisions based on concerns around animal welfare and climate change.

In Europe, Nestlé operates Garden Gourmet, a brand which offers a range of plant-based products, including schnitzel, burgers, chorizo, chicken, and more. Starting November 28, Nestlé will launch its newest product under the brand called “Voie Gras,” a vegan alternative to foie gras—which is traditionally made from the engorged livers of ducks or geese who are force fed through a tube. 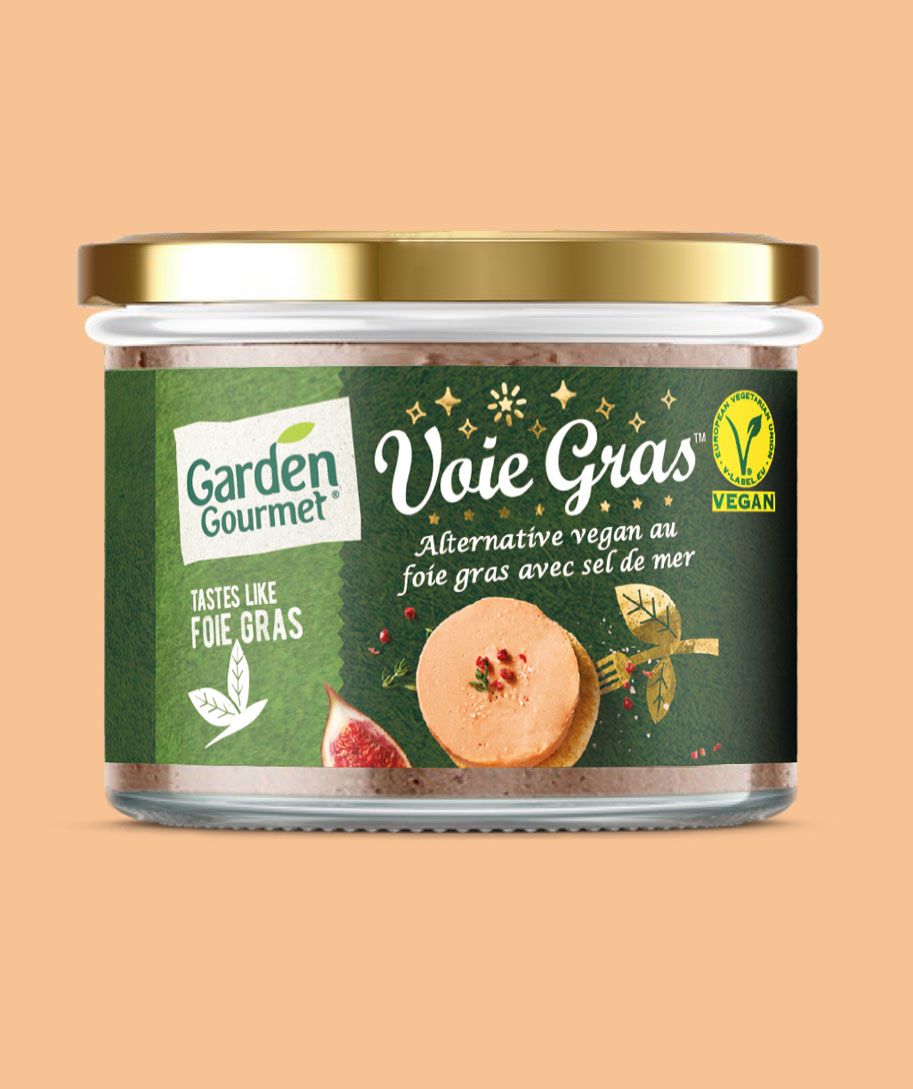 The new Voie Gras pâté was developed over the course of just six months with the help of 300 plant-based food innovators at Nestlé Research Center in Lausanne. Featuring a similar nutritional profile to its animal-derived counterpart, the vegan foie gras is made from a blend of vegetable ingredients that is flavored with miso paste, sea salt, and truffle oil.

The limited-edition vegan foie gras will first hit Switzerland and Spain by way of approximately 140 locations of grocery chain Coop where it will be offered at CHF 7.95 ($8.37 USD) per six-portion container, a much cheaper price than animal-derived foie gras.

While France is a top consumer and producer of traditional foie gras, Switzerland—where production is illegal—imports approximately 200 metric tons of the cruelly begotten animal product annually. However, its consumption is decreasing as many consumers become aware of how foie gras is produced. 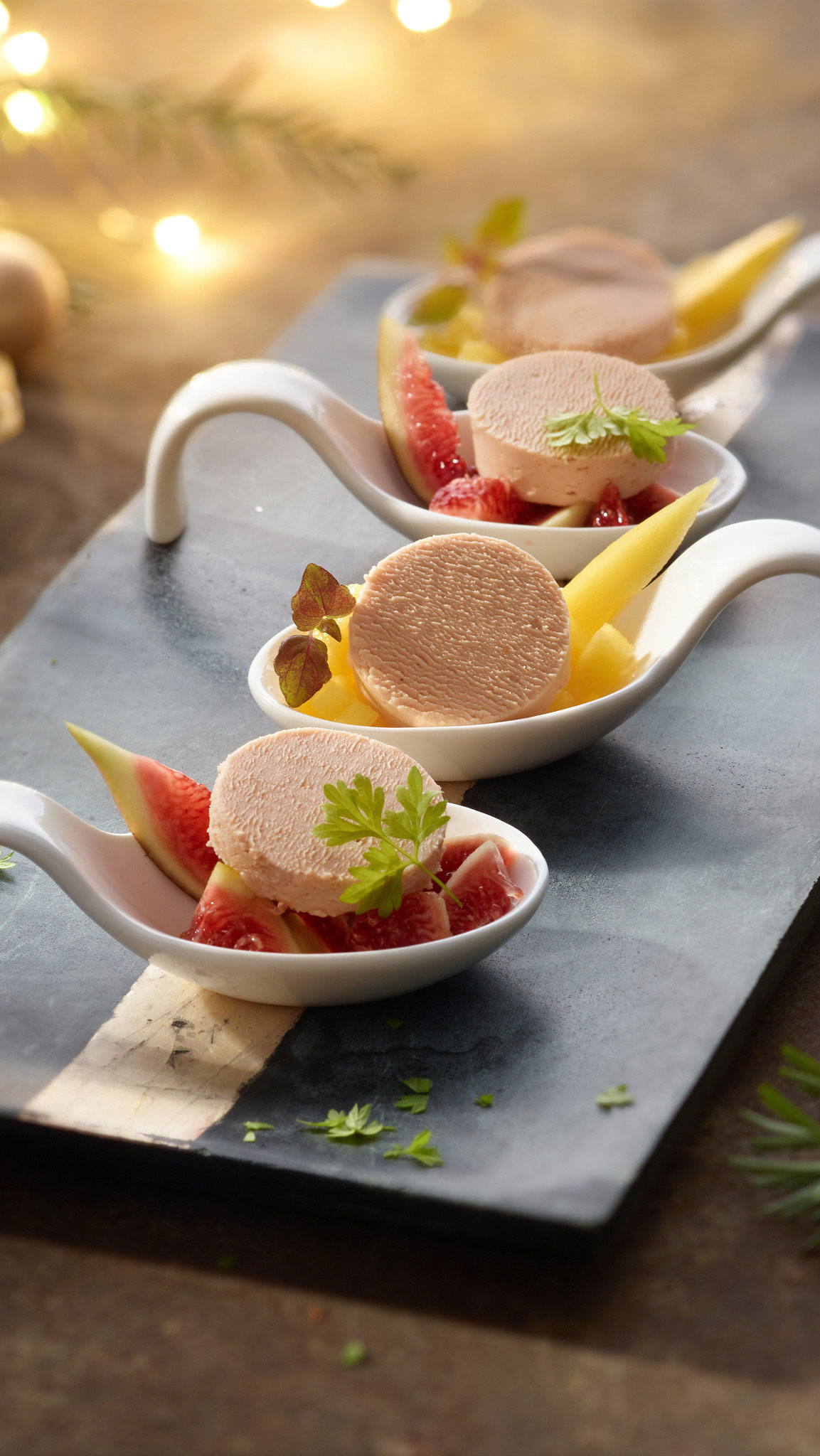 “We are particularly proud of this unique product, which marks the strategic expansion of Garden Gourmet’s vegetable offering and the creativity of our teams,” Melanie Stebler, Marketing Manager of Garden Gourmet, said in a statement. “Furthermore, we are delighted that Switzerland is one of the first two markets where this innovation is launched.”

Coop has not sold animal-derived foie gras for two decades due to cruelty concerns and Martin Stutz, Category Manager for Vegetarian and Vegan Alternatives at Coop, is excited to welcome Voie Gras to its shelves.

“For the well-being of animals and out of conviction, we have given up selling foie gras for 20 years,” Stutz said in a statement. “Voie Gras offers an ideal alternative and we are delighted to be the only Swiss retailer to be able to offer this product exclusively on our shelves during the Christmas period this year.”

Nestlé’s announcement comes at an opportune moment when European consumers might be increasingly interested in an alternative to traditionally made foie gras as King Charles III confirmed last week that the cruelly begotten animal product is banned from menus at all royal residences.

This month, Nestlé is building on the knowledge its research and development teams gained in creating vEGGie with the test launch of a powdered soy-based egg under the Malher brand in Latin America.

The new shelf-stable, iron-fortified product was developed as an affordable, plant-based alternative which can be used to replace a portion of eggs in dishes while delivering an equal amount of protein, and a reduction in saturated fats and cholesterol.

“Egg is one of the most widely used protein sources. With this unique solution, we wanted to provide an affordable, nutritious solution that could be used to replace some of the eggs when cooking egg-based dishes,” Torsten Pohl, Head of Nestlé’s Product and Technology Center for Food, said in a statement. “The plant-based dry mix also brings an equivalent amount of quality protein, less cholesterol, while ensuring a good taste and texture.”

Nestlé gets into vegan chocolate

In addition to vegan foie gras and eggs, Nestlé has been exploring vegan chocolate in recent years. Following a limited test launch in 2021, Nestlé expanded the availability of its KitKat V to 15 countries across Europe in August. This vegan version made with rice milk carries an 18-percent lower carbon footprint than original milk chocolate KitKat bars. 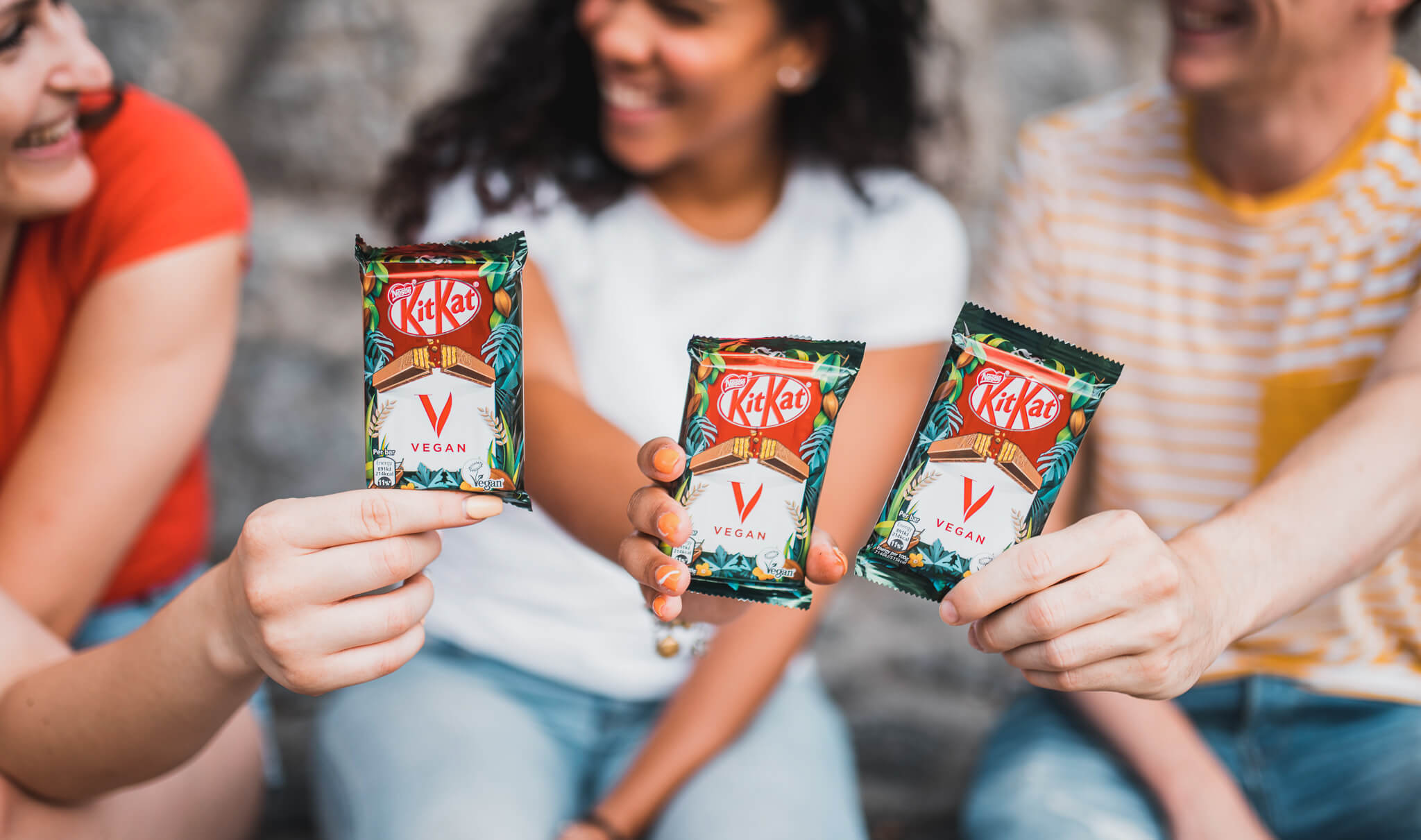 In the United States, where the KitKat brand is produced by The Hershey Company, Nestlé is also exploring other vegan chocolate possibilities. In 2018, the company launched vegan chocolate chips in semi-sweet, dark chocolate, and white chocolate varieties. These baking chips were positioned as allergen-friendly options under the Simply Delicious line within the Toll House brand.

“Nestlé Toll House plant-based morsels will be a brand-new product within the Toll House portfolio,” the company said in a statement. “As we continue to look to innovate in the plant-based category, baking is an area we’re excited to explore.”

Nestlé did not share additional details about how these vegan chips will differ from its Simply Delicious line. However, earlier this year Nestlé partnered with California-based company Perfect Day to explore the opportunities of its animal-free whey—which is made using microbial fermentation instead of exploiting cows. While the first products to market here will be in an animal-free liquid milk format, the potential of this collaboration could result in new products in other categories, including its chocolate portfolio.

What Is Foie Gras? And Is It Cruelty-Free?