Actors Maria Gabriela De Faria and Christian McGaffney’s first meeting on the set of a television show led to an instantaneous love affair that never stopped. Their love only grew over time, so to make it official, they hosted a spectacular South American celebration, with guests traveling from near and far to the Chilean countryside. Friends and family indulged in classic Venezuelan dishes made vegan and a cannabis station overflowing with plant-based edibles. After the ceremony, the couple sparked off the night with a sexy salsa dance party, bringing the whole crowd to the floor. Things got so steamy that McGaffney and company decided to throw the bride into the pool. As the newlyweds splashed in the water, revelers jumped in to join them—the perfect cool-down to a very special day. 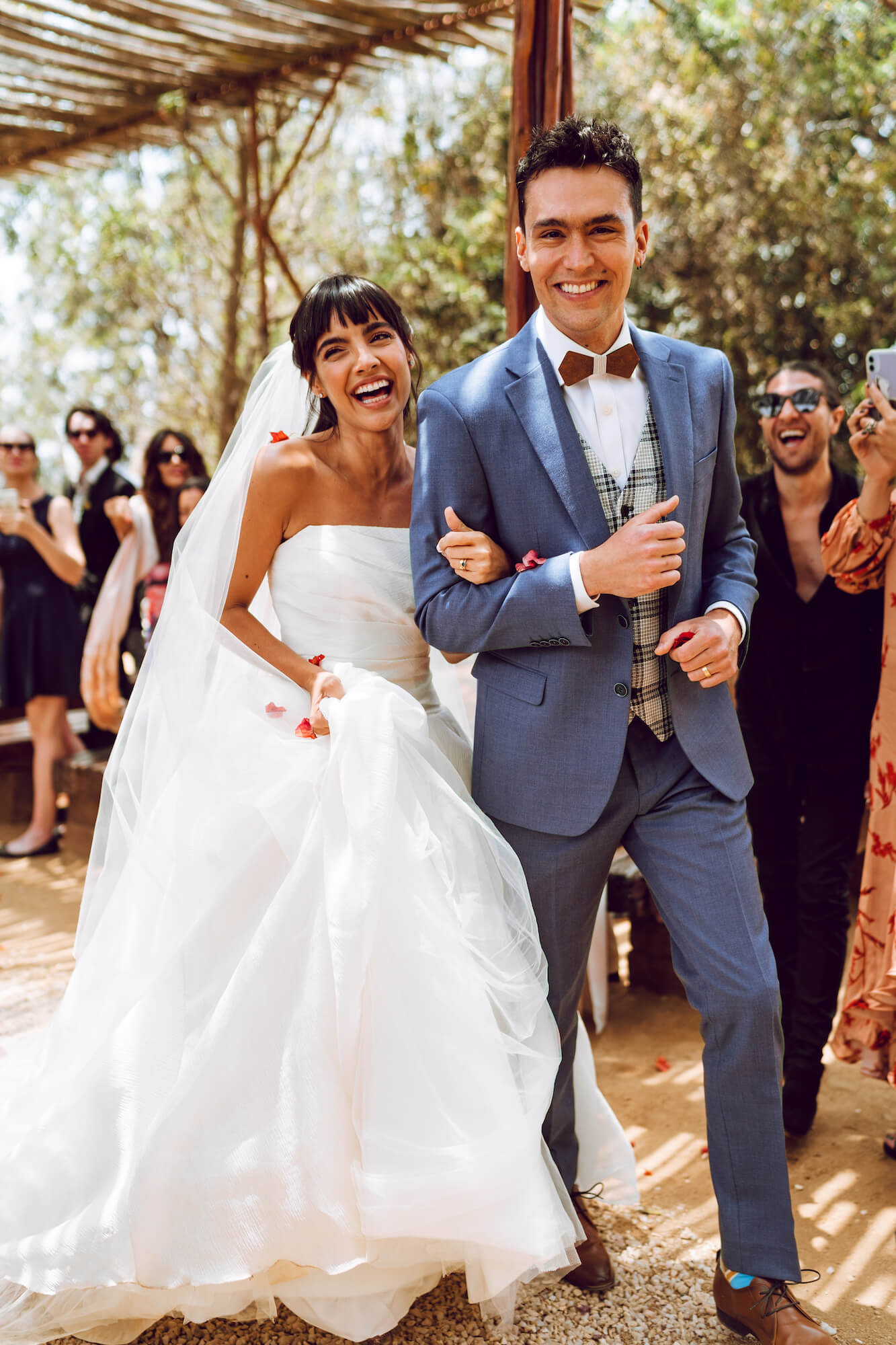 The couple were inseparable from the moment they met, and moved in together the following week. “We just knew we wanted to be together from the very first night,” says De Faria.

De Faria was prepared to propose on Christmas Eve, but McGaffney, without knowing his beloved’s intentions, preempted her marriage maneuver by popping the question exactly one day prior, on December 23. 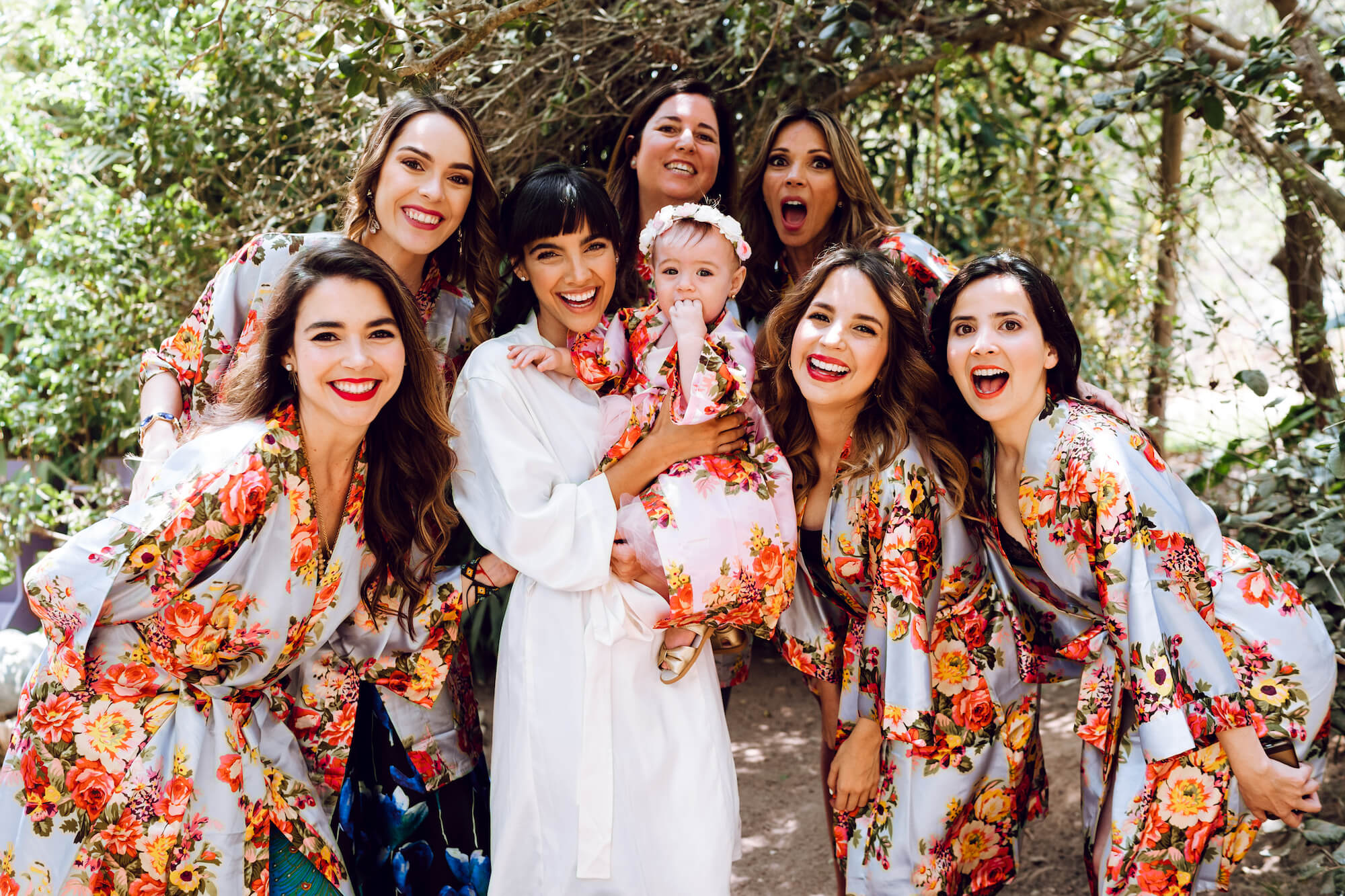 The couple originally planned to marry on the coast of their home country, Venezuela, but because of political unrest, they opted for gorgeous Algarrobo, Valparaíso in Chile instead. 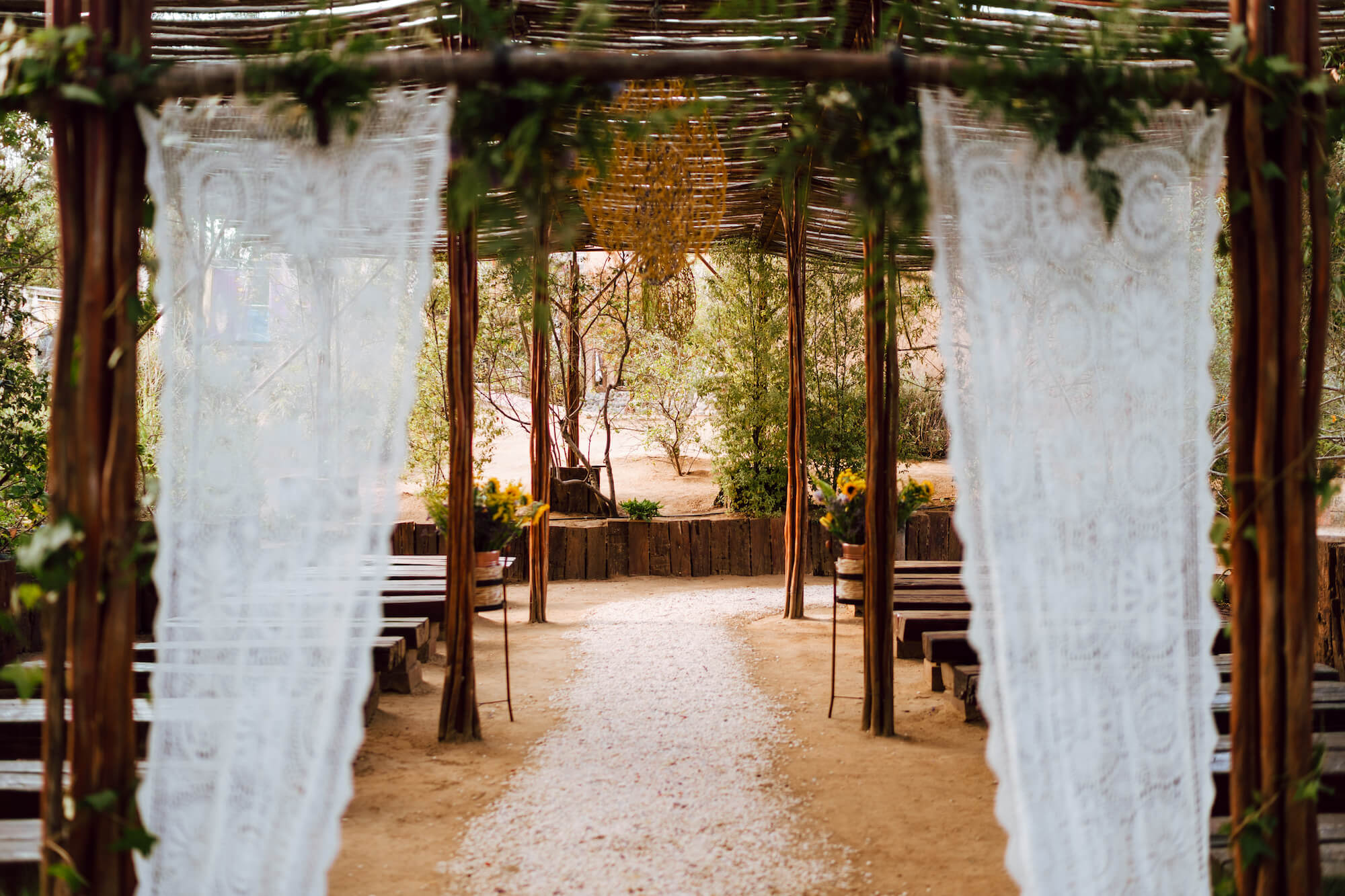 La Arbequina, a sprawling estate featuring acres of lush greenery, vineyards, and flower gardens, with a tiled outdoor dance floor to salsa in the sunshine 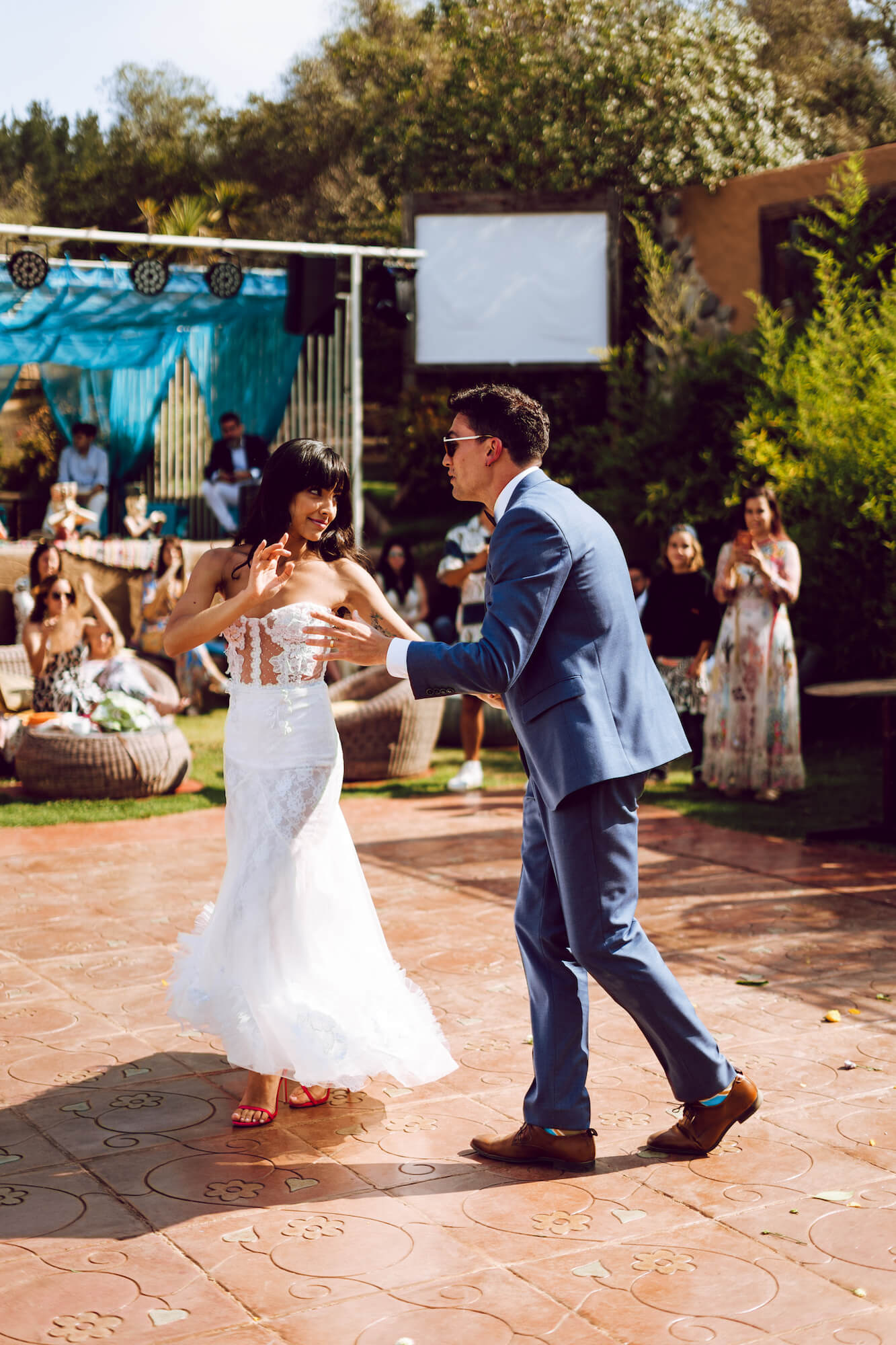 For the afterparty, De Faria slipped into a specially designed dress made entirely with the fabric of her mother’s original wedding gown. 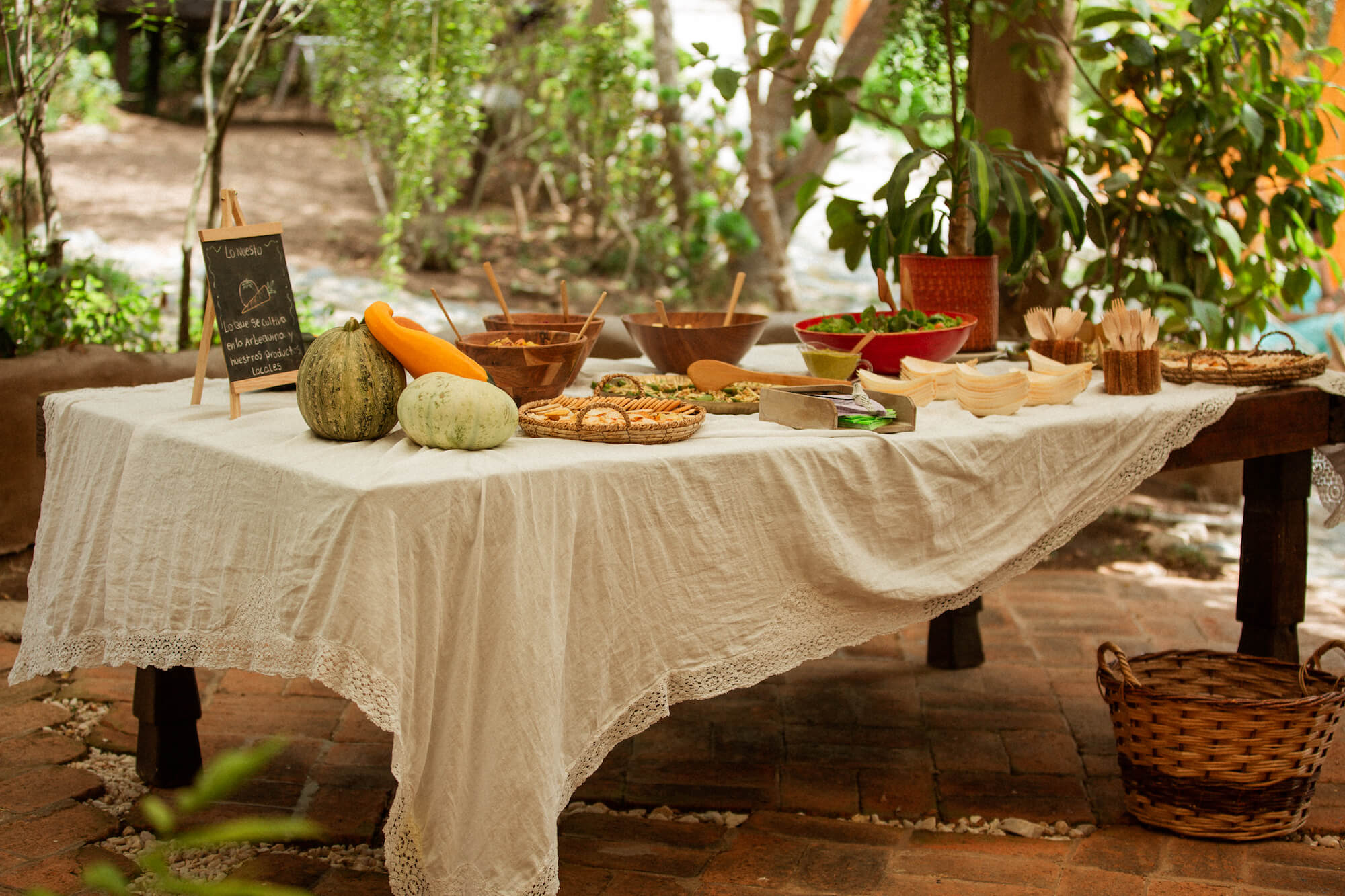 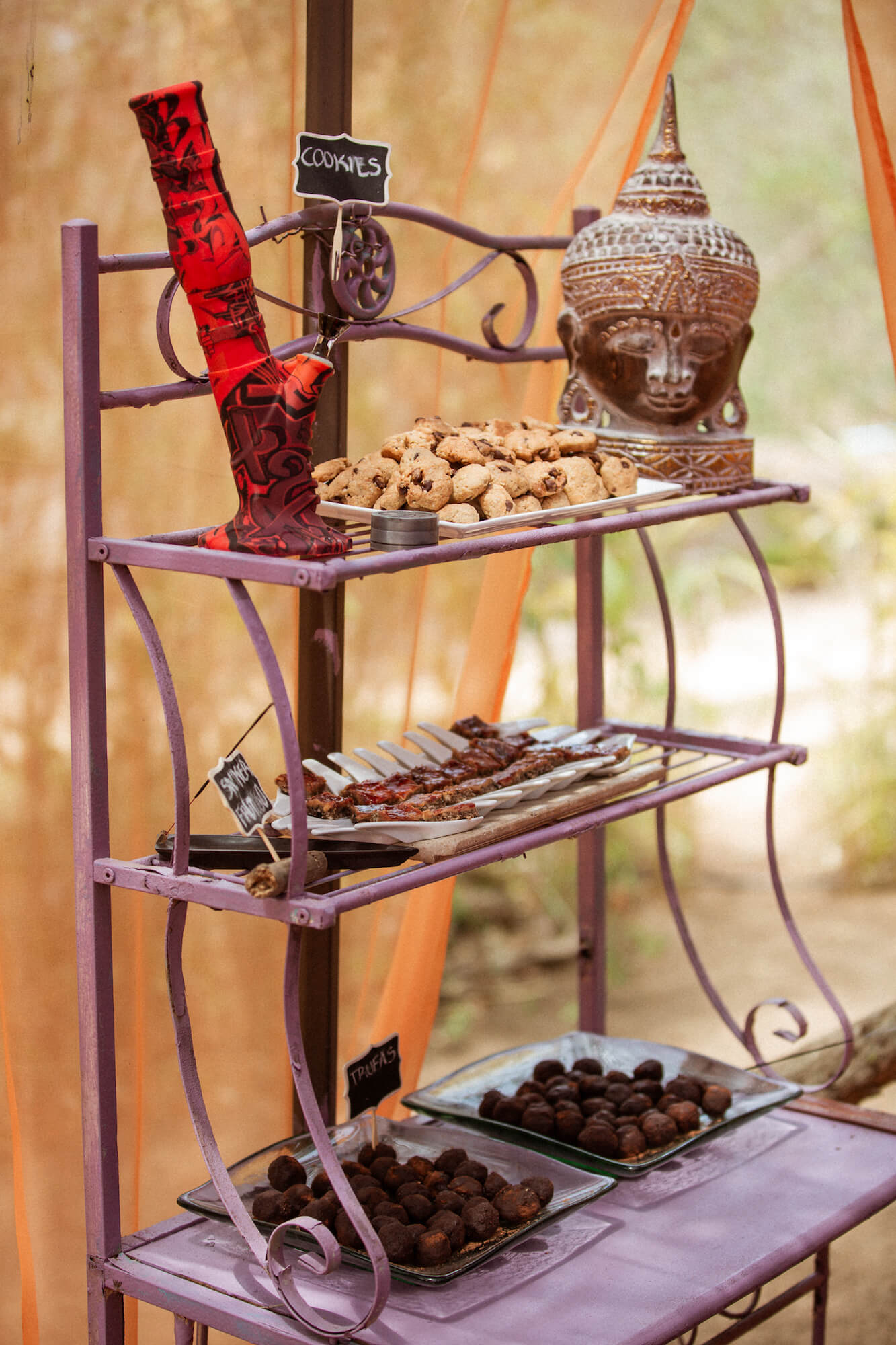 The eco-friendly venue La Arbequina uses its vast acres to grow everything from fields of fresh flowers to marijuana. When McGaffney and De Faria’s guests stopped lighting up the dance floor, they got groovy at the wedding’s weed station. Replete with infused cookies, truffles, and brownies, the station was surrounded with plenty of pillows piled on the floor—providing those who partook a cozy landing spot to enjoy the music and atmosphere. And for those feeling a bit more philosophical, a dedicated hookah-smoking attendant was seated at the center of the station with the sole role of talking to anyone who wanted to gab. 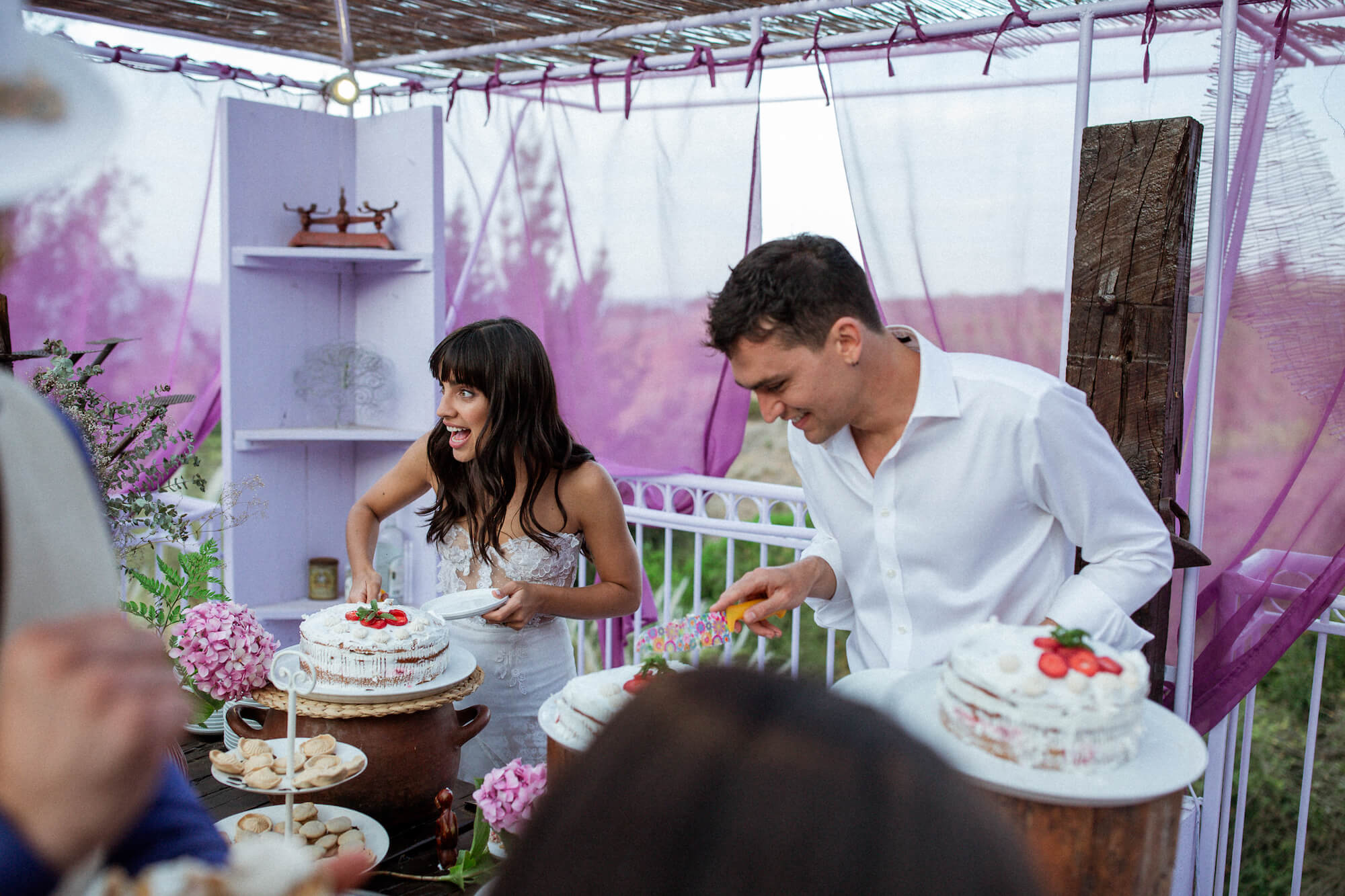 The couple has a getaway to Big Bear Lake planned, a ski resort area in Southern California that features a charming village and expansive lake.