You voted, we listened. This year, more than 2.6 million votes were cast to crown the absolute best vegan products, people, and places in the 20th annual Veggie Awards. And with big-name brands, cutting-edge restaurants, and real-life vegan superheroes (Joaquin, we’re looking at you) all battling it out for the top spot, one thing has become clear: it’s never been a better time to be vegan. We present you with the winners of the 2020 VegNews Veggie Awards! 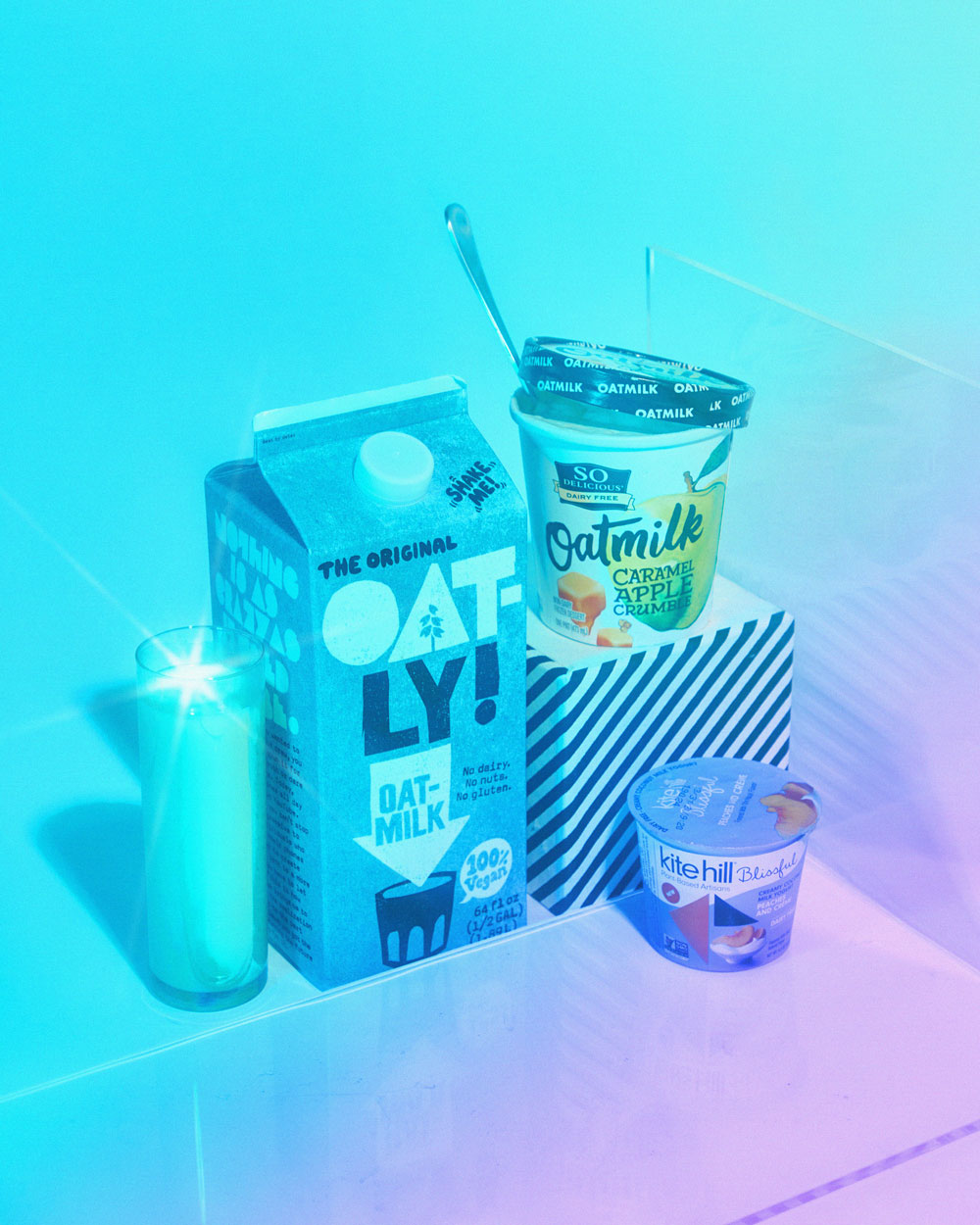 Whether it’s coconut, almond, soy, cashew, or oat (though, let’s be real, the Salted Caramel Cluster cashew milk flavor is legendary), VegNews, readers are obsessed with So Delicious’ luxuriously smooth ice creams. Which is why this is their fifth Veggie Award!

Oatly has been humbly innovating since it was founded in Sweden 35 years ago. But in 2020, at the height of the oat milk craze (and after becoming the first oat milk to be carried at Starbucks in the US), the pioneering brand has truly cemented itself in the alt-dairy hall of fame.

What’s better than a vegan cookie? A vegan cookie that we know will always be there for us. Trader Joe’s takes home its first Veggie Award for these dependable, affordable, chunky vegan treats that are a staple in our grocery basket.

Plant-based burgers are not only changing the food landscape for vegans, they’re completely changing society’s perception of vegan food. And the beefy Beyond Burger from Beyond Meat, available at more than 58,000 locations across the world, is leading the charge. 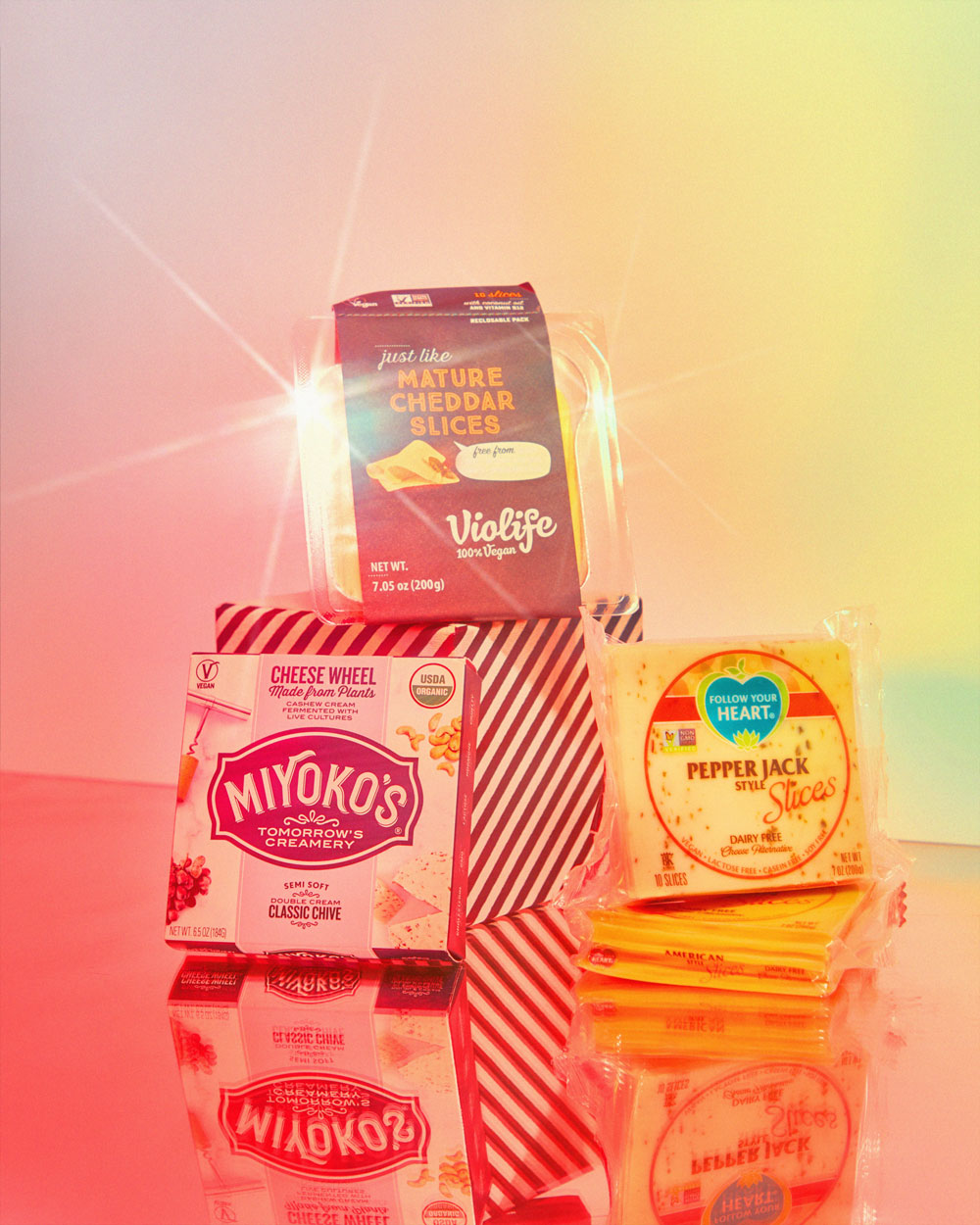 It’s a tie between California-based Follow Your Heart and Greek import Violife for your favorite everyday cheese. And you’re exactly right—we could eat gooey pizza, melty nachos, and sizzling quesadillas made with both brands EVERY. DAY.

Charcuterie boards have never been the same since these traditionally crafted, cashew-based wheels (in flavors like Double Cream Chive and Black Ash) came onto the scene—which explains why Miyoko’s has swept this category for five years in a row.

Kite Hill has hit its stride with perfected vegan yogurts (including almond milk, high-protein Greek-style, and coconut-based)—and their recent $10 million investment round and third Veggie Award prove it. 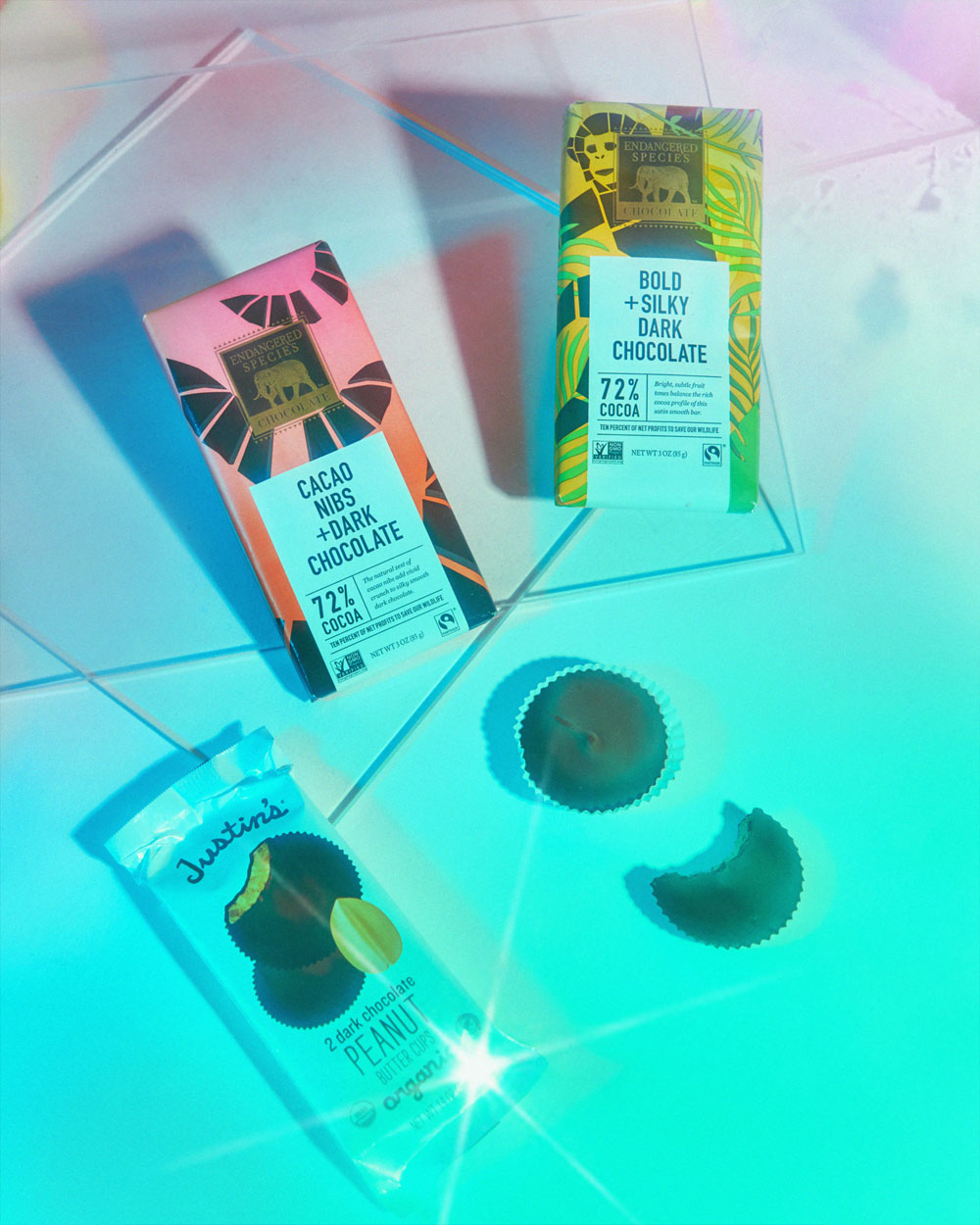 There’s a reason this fair-trade chocolate company has nabbed its 10th (!) Veggie Award. Yes, their 16 dark chocolate vegan bars are the perfect way to unwind after a long day, but they’ve also given nearly $1.5 million to charity partners in the last three years alone.

Leonardo DiCaprio is an investor in these puffed chickpea snacks, so the fact that you’ve crowned them as the best vegan snack means you’re basically BFFs with Leo, right?

Sweet and simple, these minimal-ingredient bars are crafted from whole fruit, vegetables, nuts, and seeds—and provide the perfect boost of energy. This is LÄRABAR’s eighth consecutive win!

Who knew two ingredients could make such a drool-worthy treat? These nostalgic cups have snagged this Veggie Award for the sixth year in a row, proving that sometimes, simpler is better.

Twist it, lick it, dunk it—then crown it. The ubiquitous chocolate sandwich cookie is your favorite oops-I-need-a-snack snack, and we couldn’t agree more. 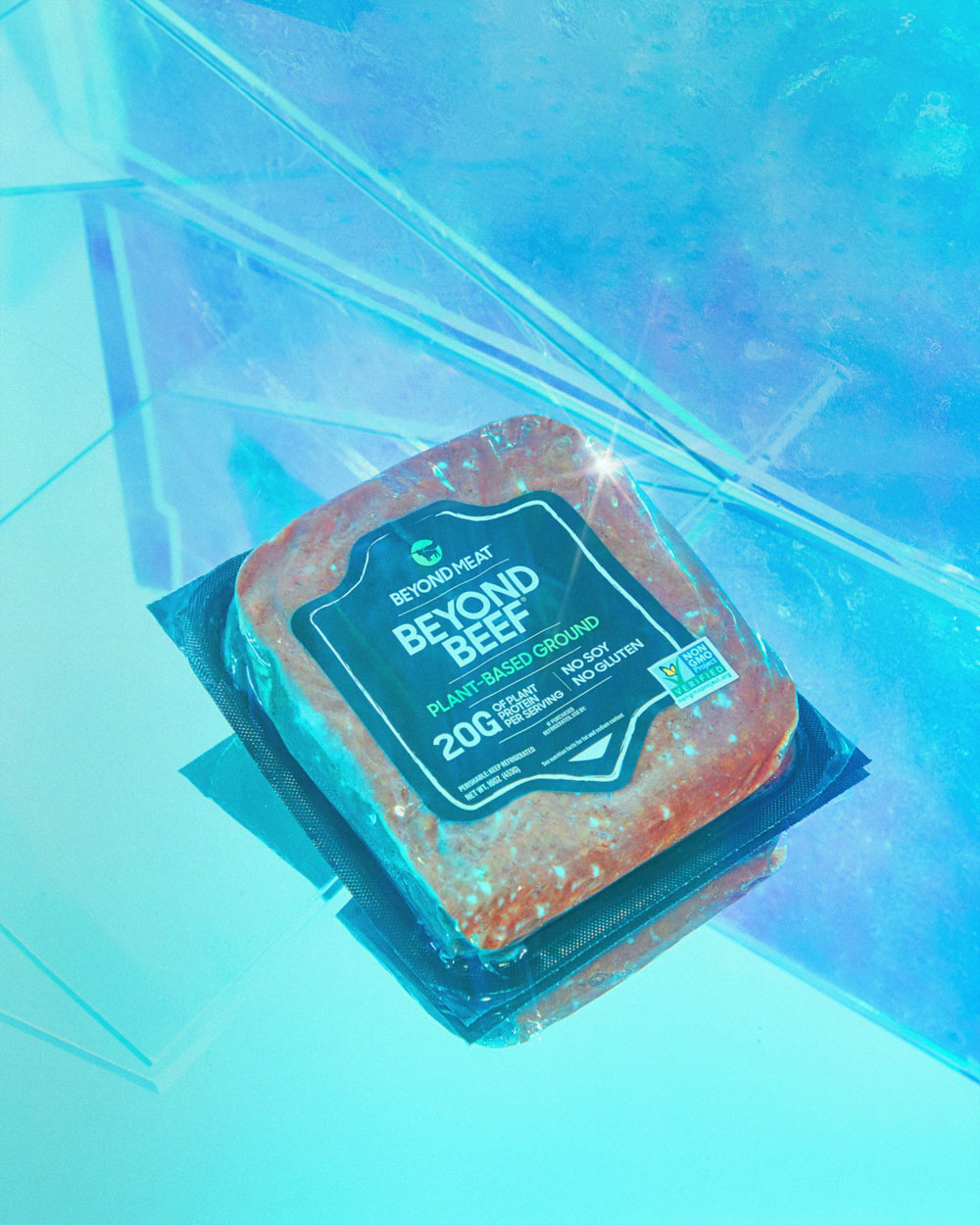 Unleashing the potential of the game-changing Beyond Burger with this block of plant-based beef was critical for our Taco Tuesdays. And our Meatloaf Mondays. And our Spaghetti and  Meatball Saturdays. And our Fajita Fridays …  we may have a problem.

Kombucha Girl may have put fizzy fermented tea on the map in 2019—but this 25-year-old brand’s 47 different effervescent, not-too-sweet flavors of kombucha is what has cemented its place in refrigerators across the nation.

Providing plant-powered protein for nearly 20 years, Vega has virtually become our automatic answer to “but where do you get your protein?” And you agree! This is the fifth win for the beloved nutritional company.

Between the peas, rice, lentils, carrots, beets, spinach, watercress, and parsley, V-Dog dogs eat better than we do on most lunch breaks! Which is why you voted the vegan brand the best doggone dog food for the second year in a row. 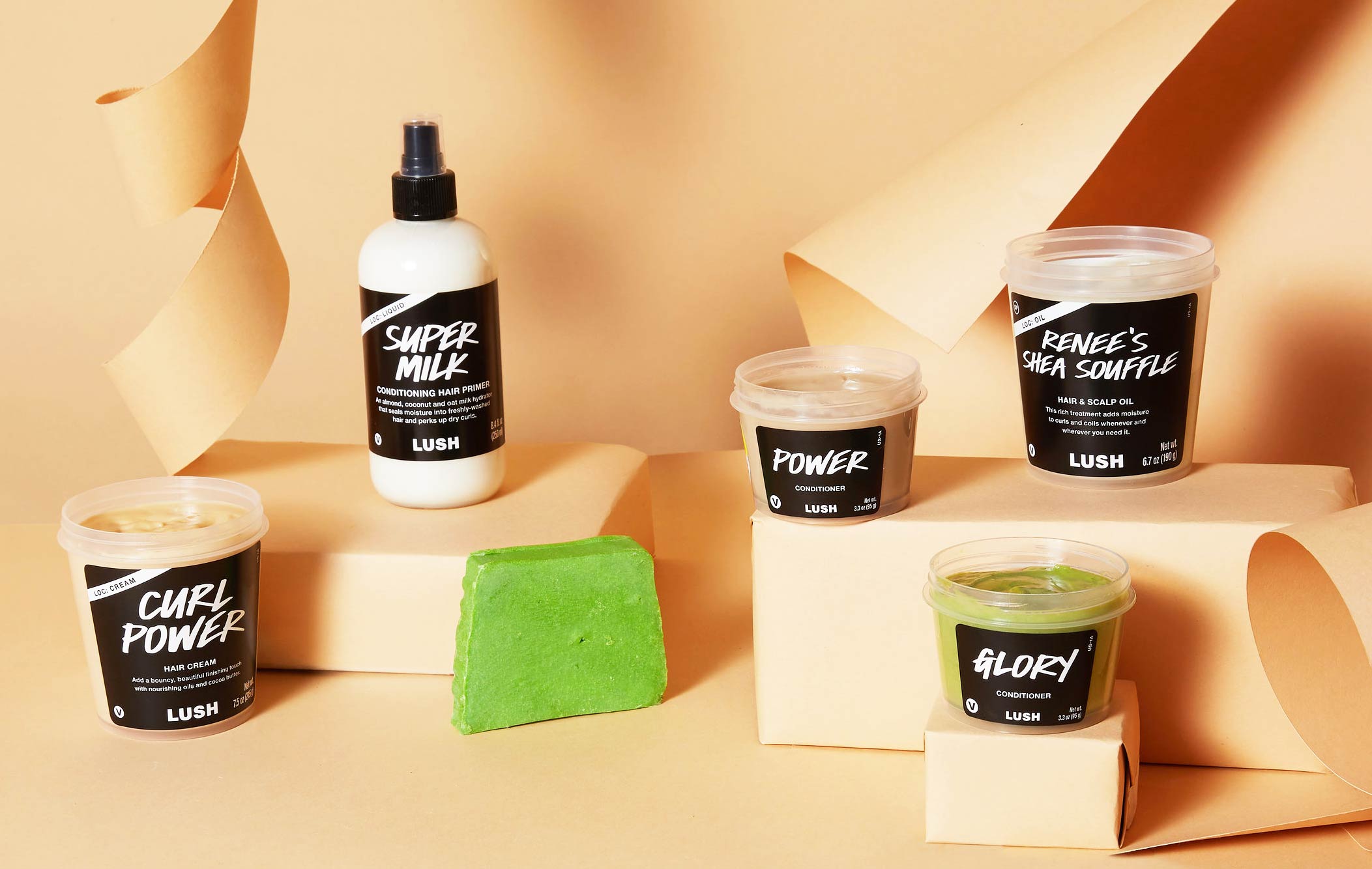 With cute, sometimes-sassy names like Silky Underwear, Rump, and 1000 Kisses Deep, LUSH’s extensive vegan line of bath and body products are guaranteed to bring a smile to your face—and an alluring scent to your hair, skin, and feet, too.

These shoes were made for walking—and sparing animal lives—and that’s just what they’ll do. The London-based crafters of Italian vegan leather kicks was a shoo-in for its first-ever Veggie Award. 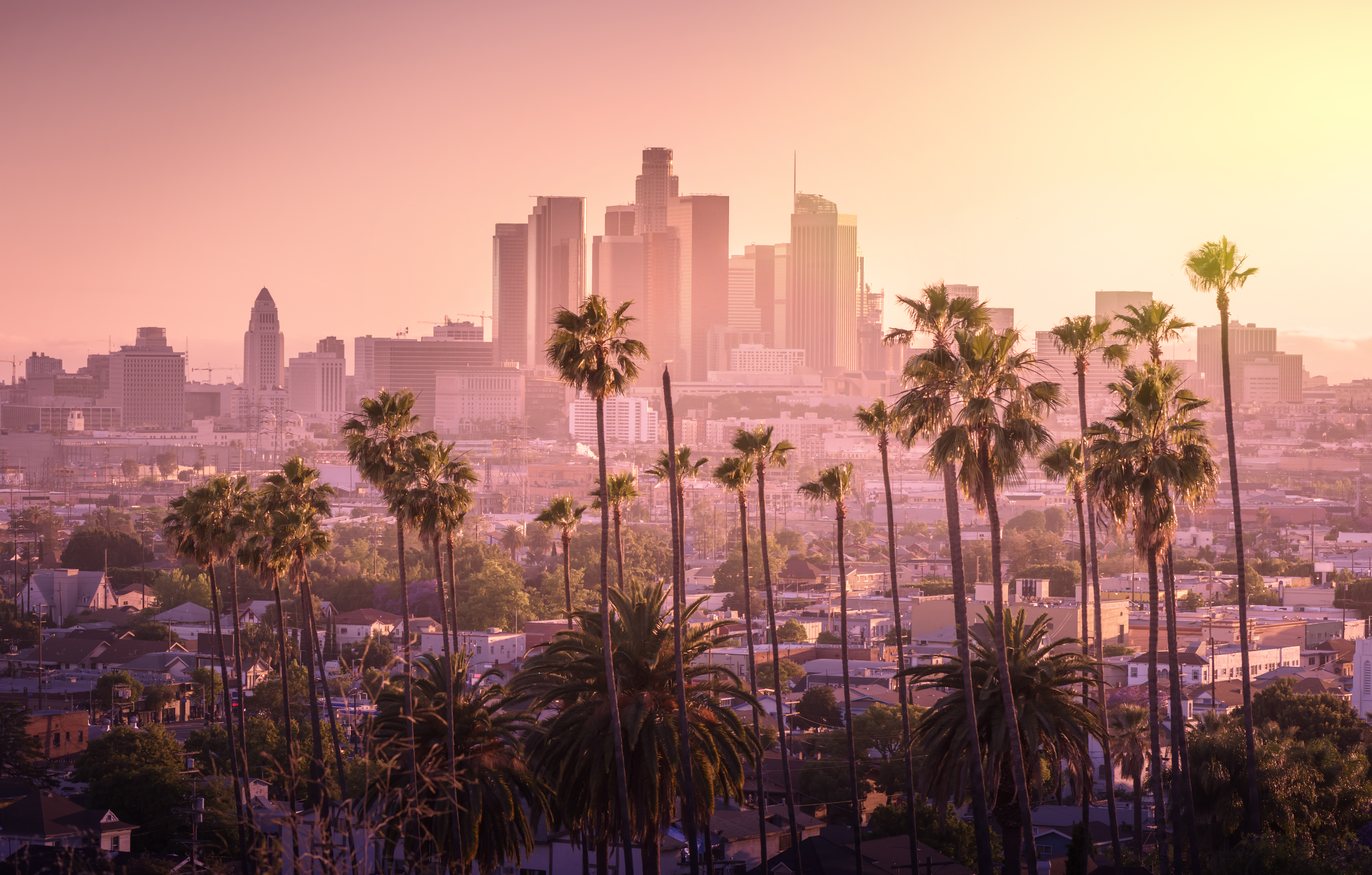 When in LA, do like Christina Applegate, Zendaya, and Jane Fonda do and stop in at Mediterranean, tapas-style hotspot Crossroads Kitchen. Or when in Philly, James Beard-nominated chefs Kate Jacoby and Rich Landau will amaze you with what vegetables can do at Vedge. 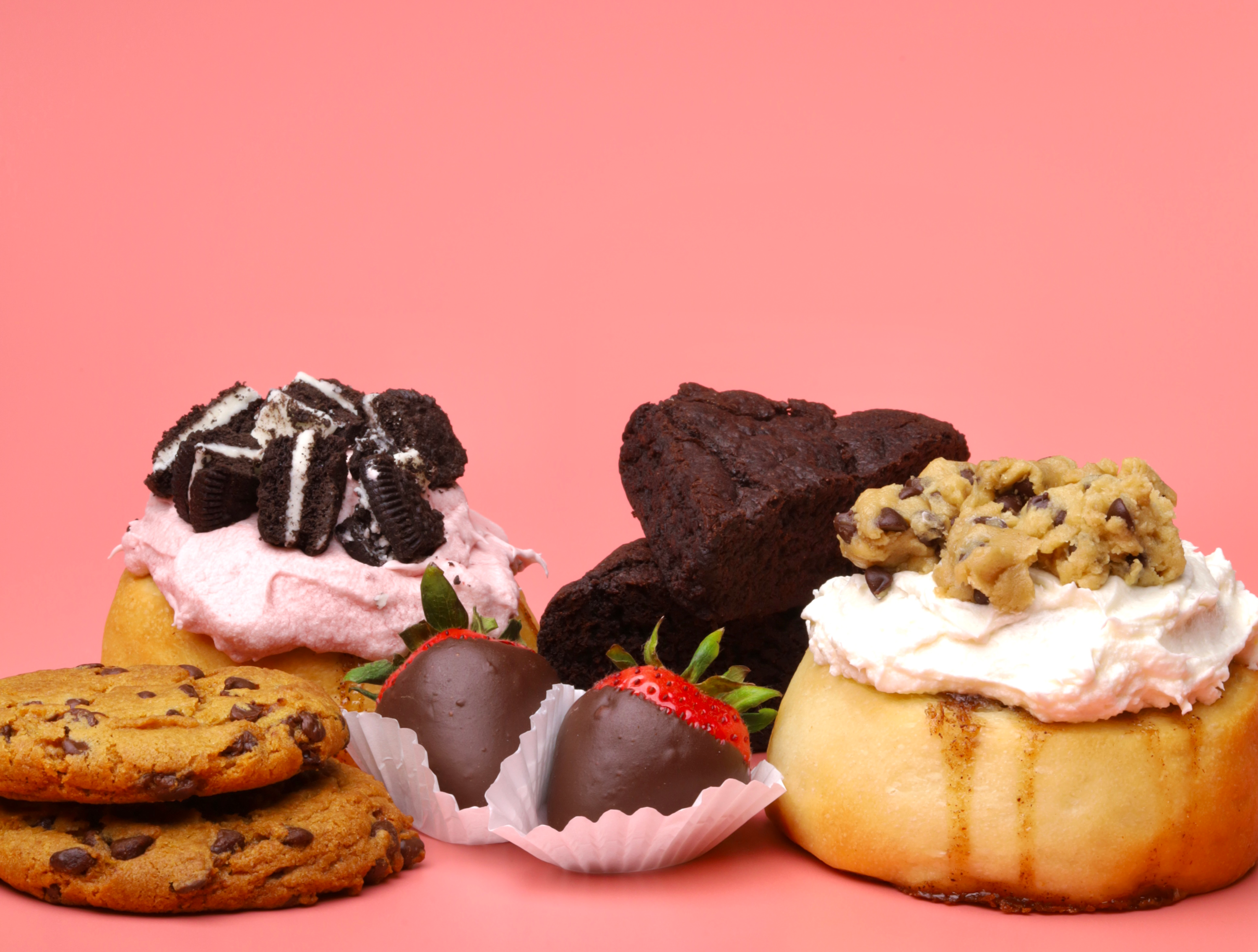 How to improve upon warm gooey vegan cinnamon rolls? Take your pick of frostings like banana cream, crème brûlée, and peanut butter, plus toppings like fresh fruit, cookie dough, and marshmallows. Put it all together, and you have your favorite vegan bakery.

While beefy vegan burgers are fueling the fast-food revolution, Veggie Grill has been serving up a 100-percent plant-based menu of buffalo wings, power bowls, nachos, salads, and more across a  whopping 38 locations. Next stop: a vegan drive-thru?

Doughnut déjà vu! Portland and LA both snatch the crown for a second year in a row, thanks to diehard fans and drool-worthy creations like Doe’s cardamom-glazed Mango Lassi Fritter and Friend’s blueberry danish-inspired Saves the Danish.

The vegan online retailer has been providing the latest and greatest vegan products since 1997 (White chocolate? Dog treats? Artisanal cheese? No problem!)—picking up 15 Veggie Awards in the process.

Tucked away in Portland’s famed vegan mini-mall lies this world-renowned shop selling shirts, socks, scarves, shoes, gloves, and bags for the last 13 years—making it easy to wear your heart on your sleeve and your values on your chest, back, hands, feet … 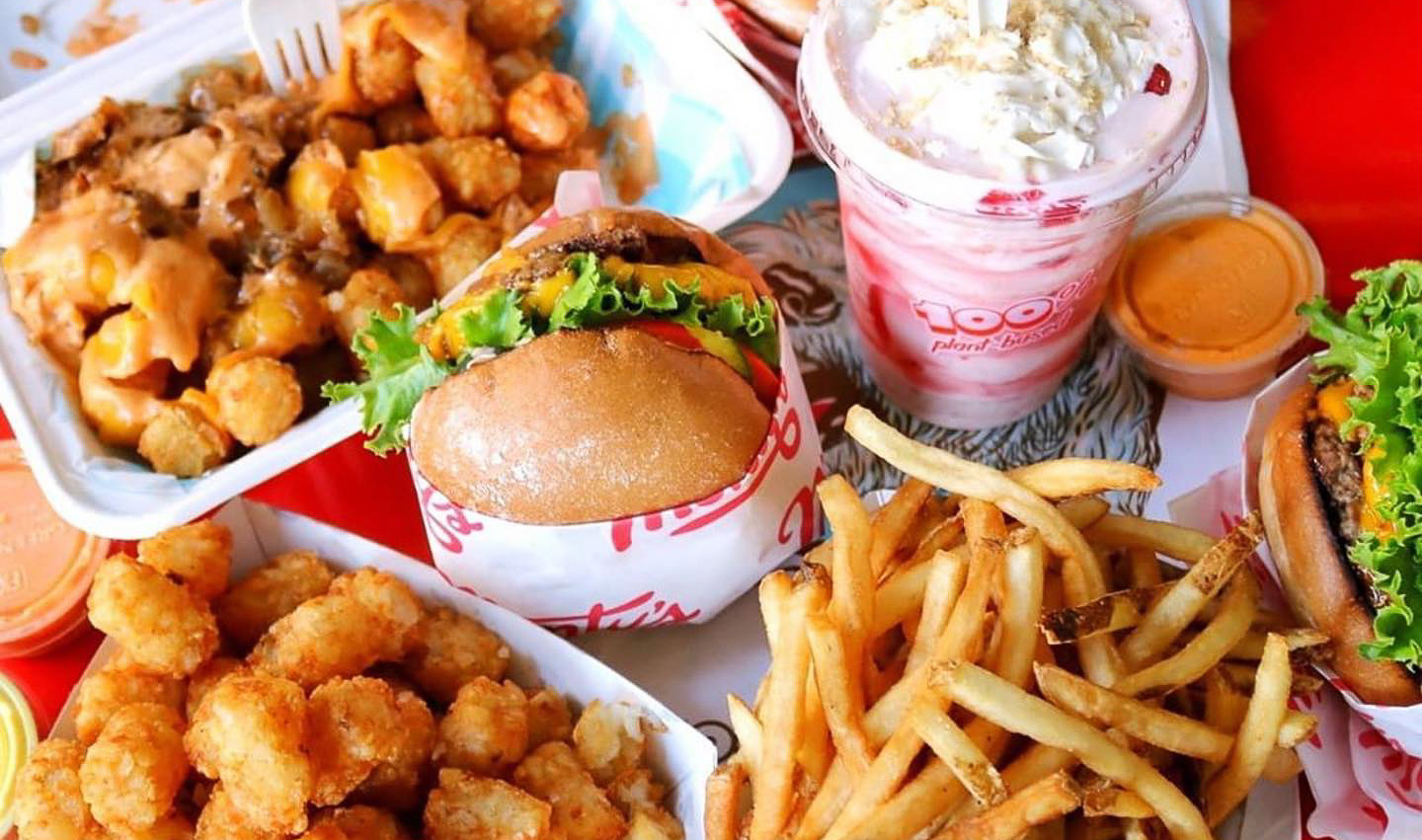 Called the vegan answer to In-N-Out, Southern California’s Monty’s boasts Impossible cheeseburgers, fries and tots, an array of dipping sauces, milkshakes—and that’s about it. Simple, but the formula is enough to nab this inaugural Veggie Award.

The coconut milk ice cream you love to Netflix binge with is also the star attraction at this two-year-old scoop shop in Austin. So think outside the pint—exclusive shop-only flavors, sundaes, shakes, and affogatos make the trip to Texas totally worth it. 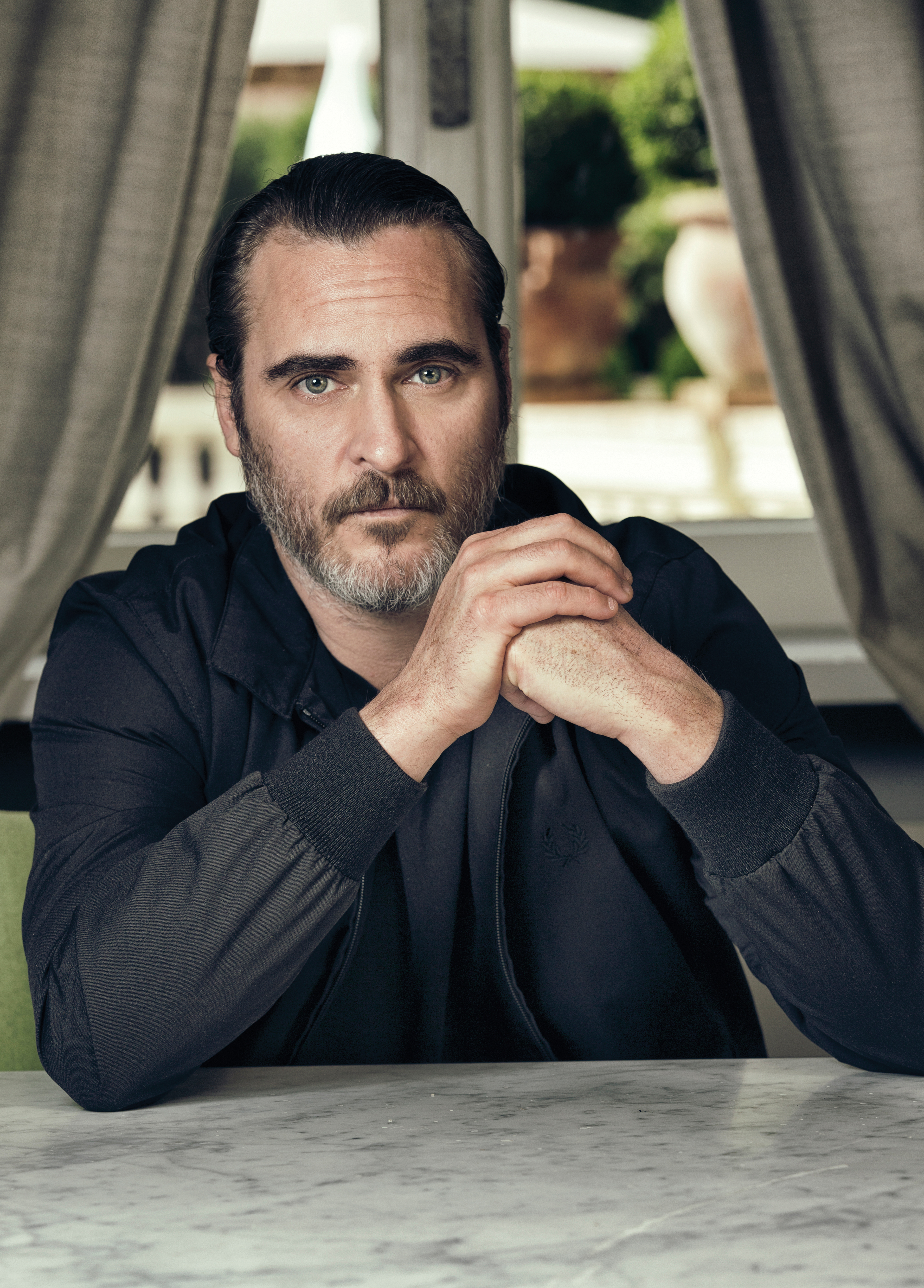 It’s the year of Joaquin. An outspoken vegan for more than 40 years, he swept the 2020 awards season with a string of acceptance speeches revolving around social justice, climate change, and veganism. All this after being arrested at a climate protest, bringing attention to Los Angeles’ pig vigils, and producing a vegan documentary. Joaquin, you’re our hero.

One’s the queen of cupcakes, and the other’s the plant-based post-punk powerhouse. But both women are redefining vegan food with their ingenious cuisine (Coscarelli’s Miami outpost Chef Chloe and the Vegan Café and Moskowitz’s Modern Love in Brooklyn and Omaha will change you forever), which is why they’re both your top chefs! 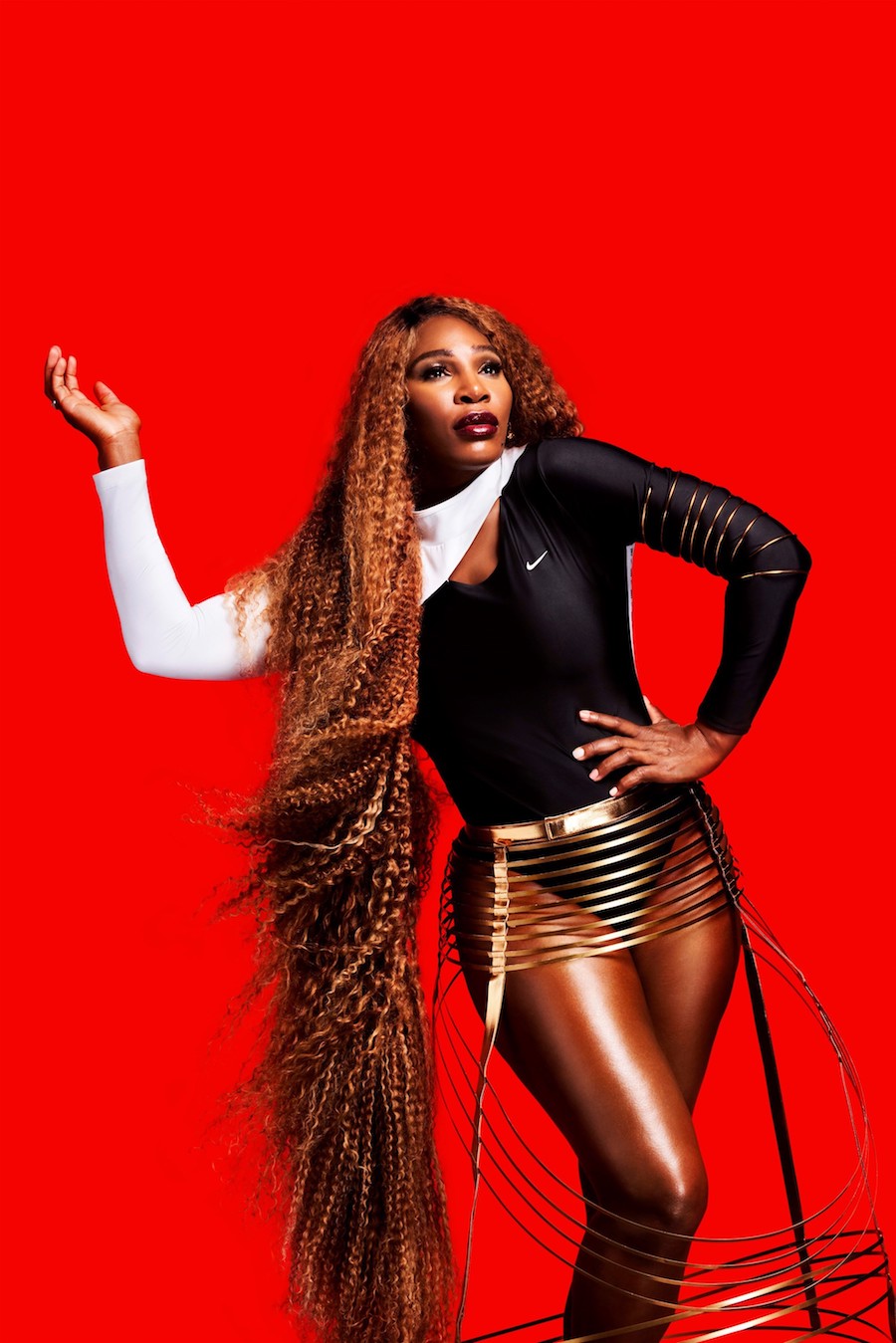 Between four Olympic gold medals, 39 Grand Slam titles, and being ranked number one for 319 weeks (that’s more than six years!), there’s not much more Serena Williams can do to impress us—except do it all while adhering to a plant-based diet during the tennis season.

At just 17 years old, Greta Thunberg has accomplished more than most do in a lifetime. The two-time Noble Peace Prize-nominated teen has helped put climate justice on the world stage, and we couldn’t be more thankful.

To read our entire 2020 Veggie Award feature, get the Best of Vegan Issue by subscribing to VegNews or ordering the issue from the VegNews Store (FREE shipping!).

You Voted, We Tallied: The 2022 VegNews Veggie Award Winners Are In!