I knew I had to watch Seapiracy when my pescatarian boyfriend told me he was never eating fish again. A bit more context: this man didn’t just eat fish, he’d catch it and smoke it himself. It was more than food, it was a hobby. As a vegan, I was glad Seaspiracy did its job for him but wasn’t particularly excited to see it myself. I assumed it would be a 90-minute retelling that confirmed my beliefs and told me what I already knew. I was so wrong. The entire film grabbed my very limited attention span and even made me tear up (and I. Don’t. Cry.). Everyone—vegan or otherwise—can learn something from this film. Here’s a preview before you settle into the documentary.

Some people loved watching Kip Andersen in his previous environmental film, Cowspiracy, whereas others could do with a little less Kip. If you lean toward the less-Kip camp, you’ll be relieved that Seaspiracy features a new narrator—a British bloke named Ali Tabrizi. The narrative arc is similar—Tabrizi has a passion for the environment, discovers fishing is destroying it, uncovers shocking realizations about the industry, interviews powerful companies that refuse to speak to him, and ends with a message of empowerment and hope. This formula works, and it even got my sushi snob roommate to question his own eating habits. 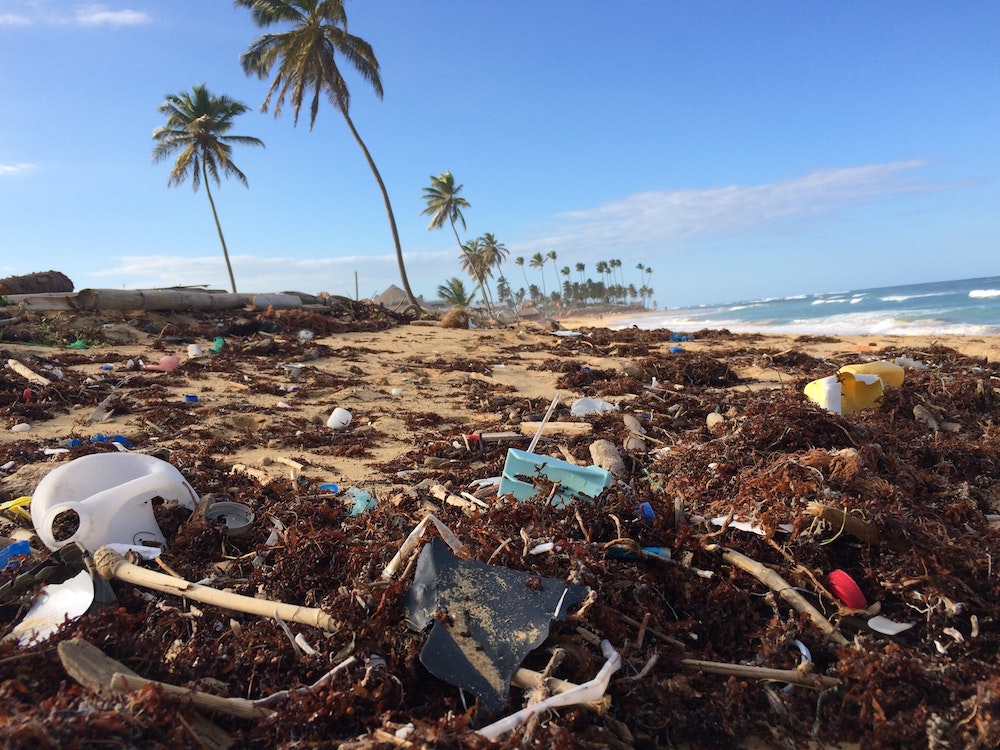 When it comes to plastic pollution, I could do better. A lot better. I order a lot of vegan takeout and take full advantage of the plastic baggies when picking my produce at the grocery store. After seeing whale carcass after whale carcass full of plastic, I realized just how dangerous my nonchalance can be. Granted, I dispose of my plastic in a trash can—never on the beach—but I can’t get those poor plastic whales and sea creatures out of my head.

As vegans, we can all agree that it’s not okay to kill any animal, endangered or not. However, my boyfriend’s friend—let’s call him Bryan—justified his open-water fishing hobby by claiming he only fished for non-endangered animals. Here’s the thing—fishing leads to plastic pollution. There are millions (not exaggerating) of commercial fishing boats in the world, and their discarded fishing nets are piling up in our oceans. So, everyone who’s giving themselves a pat on the back for using a paper straw while enjoying all-you-can-eat sushi, you might want to reassess your strategy (cough, cough, my roommate).

Here’s another note for Bryan: fishing leads to horrendous bycatch. Dolphins, sharks, turtles, you name it, fishing nets don’t discriminate. Humans kill 11,000 to 30,000 sharks every hour, and while some are intentional for shark fin soup (still not okay), the majority of these sharks are “accidentally” killed thanks to bycatch. The film makes a strong case for ditching fish. Many people are against shark fin soup—it’s wasteful, inhumane, and honestly bland—but they’re okay with eating fish. However, the demand for fish leads to the murder of sharks due to bycatch. It all comes full circle. There is no such thing as a conscious consumer who eats fish. Case closed.

5 Sealife does more for the climate than the Amazon

You’ll have to watch the film for specifics, but due to the vastness of ocean life, these animals have more of an impact on our climate than the Amazon rainforest. People rant about the Amazon burning, but what’s really helping our planet stay afloat are the aquatic species they love to eat. Chew on that. 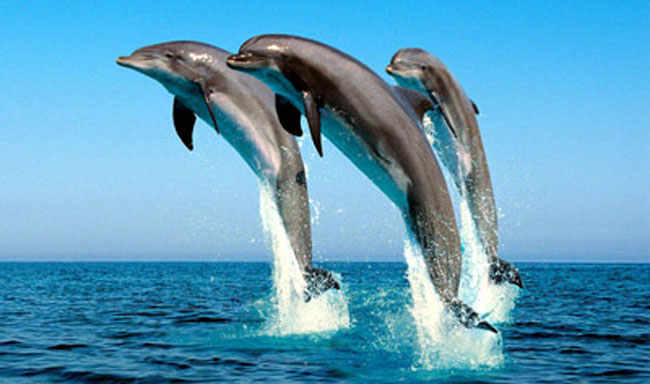 Early on in the film, Tabrizi and his girlfriend set off for this coastal town in Japan to document the dolphin killings. They’re constantly under surveillance from the local authorities; they were even warned that they might get shot if caught filming. Despite the dangers, they managed to capture one of the more gut-wrenching scenes of the film—the systematic slaughter of dolphins. What really breaks your heart is not watching the water turn red, but knowing that these dolphins are killed essentially for pest control. Dolphins are seen as competition to fishing vessels, and for some reason, humans believe they deserve the fish more, so they eliminate the competition.

7 If you’re anti-slave labor, you should be anti-fishing

Apparently, the world is not past slave labor. Remember we mentioned those millions of fishing vessels? Well, there’s strength in numbers, and it’s impossible to regulate working conditions on the high seas. The documentary interviews anonymous fishermen who survived truly horrific conditions. If found out, they feared for their lives.

We know that “cage-free” and “free-range” don’t carry much weight when it comes to the welfare of farmed animals. The same holds true for fish. “Dolphin-safe” labels are about as reliable as the legally reneged “happy cows come from California” slogan. Notes are forged, lies are taken at face value, and dolphin-safe or sustainably caught labels are passed out as easily as ketchup at a fast-food joint. You can’t justify fish with a meaningless label. 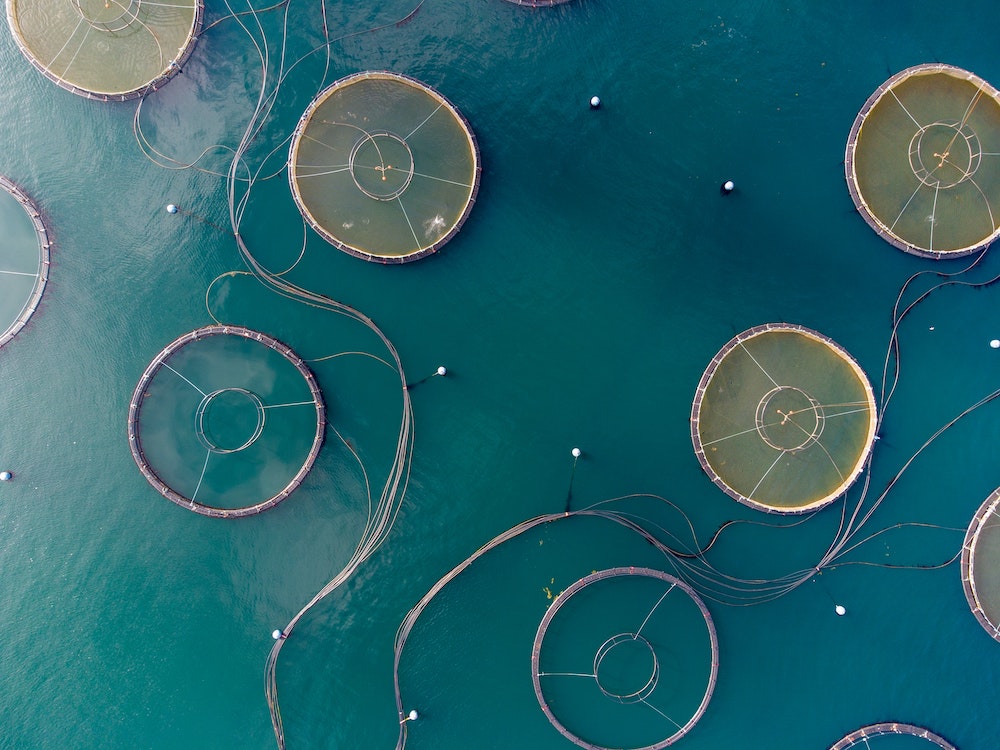 According to Seaspiracy, 50 percent of the world’s seafood comes from farmed fish. Unfortunately, it’s really not as sustainable as the industry makes it out to be. As icky as it may sound, farmed fish are fed dehydrated fish. The amount of fish needed to create fish food exceeds the total output of fish killed for human consumption. Essentially, we’re breeding fish to feed fish, not humans. According to the experts, farmed fishing is “biological nonsense.”

The concept of speciesism—or loving some animals but eating others—is brought up by a Scottish whaler. He plainly states that those who consume fish and other animals have no right to criticize the slaughter of whales—an animal is an animal.  In his mind, killing one whale is better than killing 2,000 chickens. To him, a life is a life, and his whaling activities actually save animals. In theory, it’s true. But as vegans, we have an edge. Fair warning: the Scottish whaling scene toward the end of the film is extremely hard to watch. It broke me. I blame the perfectly timed, emotional music but also admit that I have a soul and watching the water turn bright red should crush anyone with an ounce of compassion. As a vegan who often doesn’t think about animals, just goes about my business, it was a much needed reality check. Whether we eat animals or not, we all need an awakening sometimes. This does it.

Seaspiracy is available to stream on Netflix.