This summer, it’s time to get creative and take our burger menus to the next level. Leave the basic lettuce, onion, and tomato for any other day. This year, we’re going rogue. From vegan secret sauce to marinara and melty mozzarella, these adventurous vegan burger toppings will turn your summer cookouts into a culinary celebration. 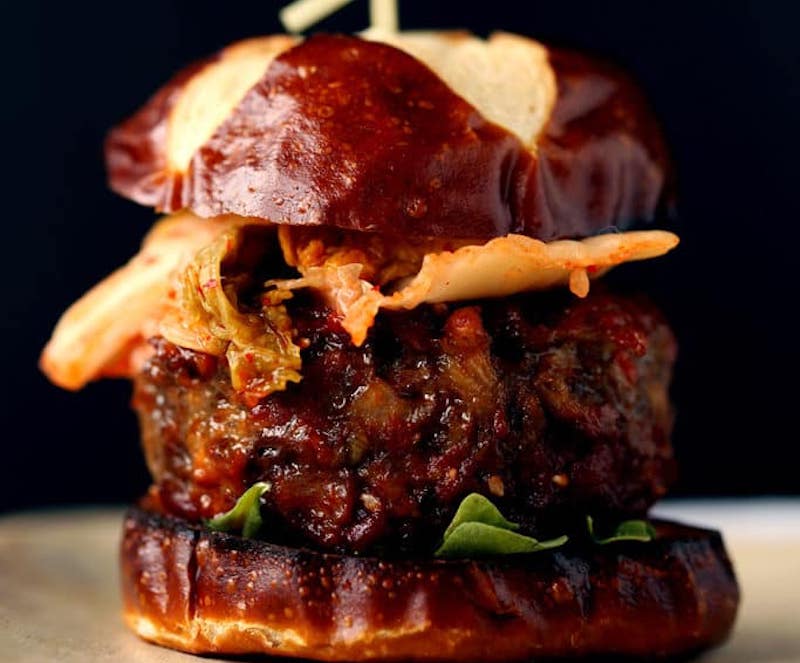 Swap the sad, limp green pickles for this spicy Korean pickled cabbage. Kimchi provides necessary crunch in contrast to the soft bun and patty while also adding a vinegar element typically contributed by mustard. Plus, this fermented condiment gives a significant element of spice not often found in a basic burger. Vegan-friendly store-bought kimchis include Mother in Law’s Vegan Kimchi and any variety of kimchi from Wildbrine.
Try it in a recipe 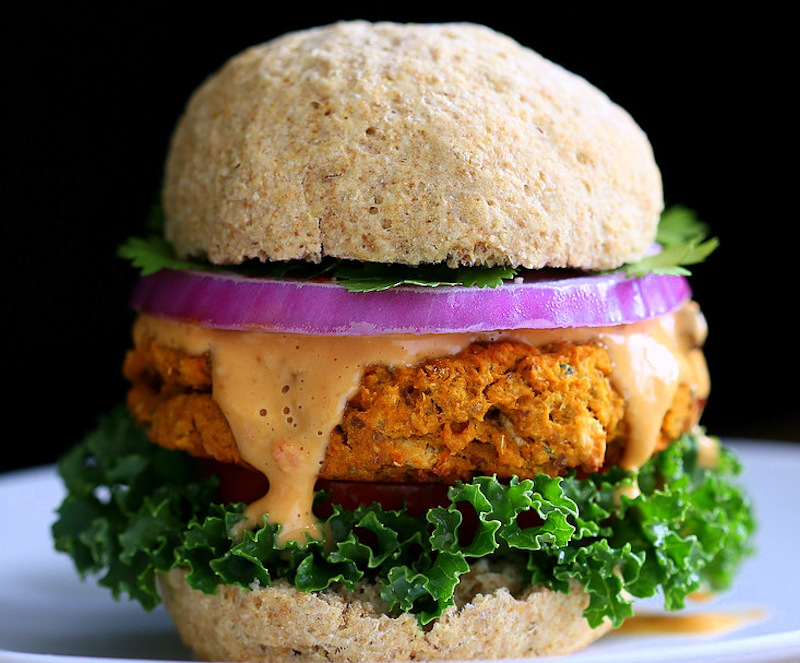 Southern California’s popular Seabirds Kitchen placed nut butter on the toppings chart for thousands of skeptical patrons. The now-famous Beets Me Burger is comprised of a shiitake, beet, and chia housemade patty topped with a slick of smooth almond butter, grilled onions, arugula, dill pickles, and herb mayo, all encased in a lightly toasted bun. The nut butter offers an unexpected flash of flavor that makes you want to go in for another bite.
Try it in a recipe 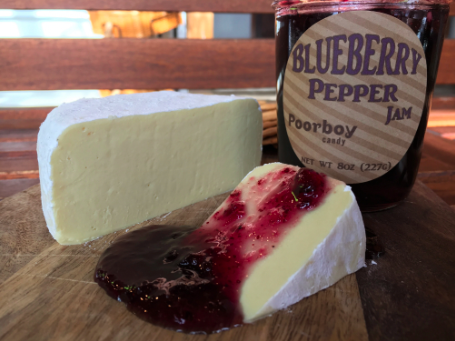 Transform any basic vegan patty into a cheese plate with this sweet-meets-savory topping combo. While grilling, swipe a layer of jam on the burger then place a few thinly sliced apples on top, followed by a thick slice of vegan brie (try The Herbivorous Butcher’s vegan brie). Allow the brie to melt as the burger finishes cooking. Place it on top of a toasted bun slicked with Vegenaise, top with a bed of arugula, then take a knife and fork to your gourmet creation.
Learn more here 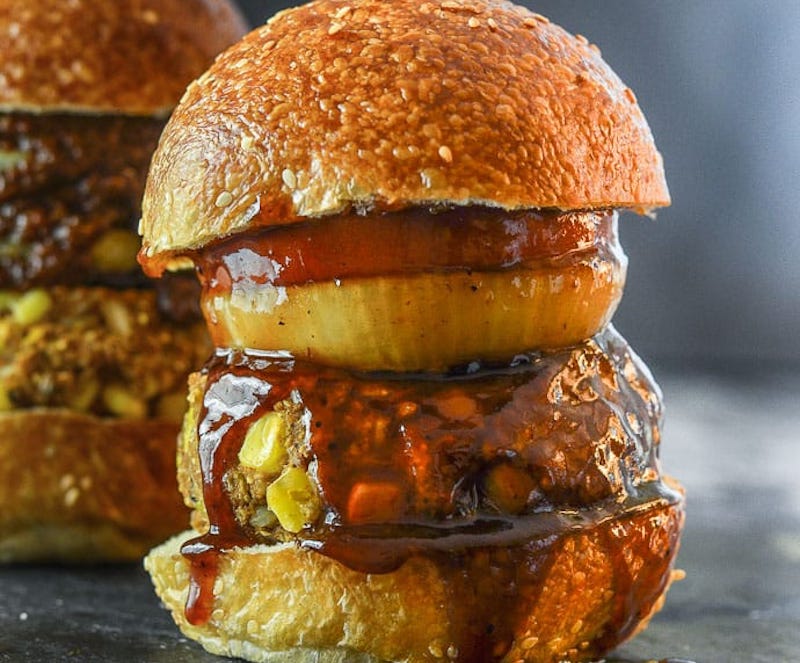 It’s simple, but some have still not discovered condiments beyond ketchup, mustard, and mayo when it comes to their burger toppings. A juicy plant-based patty slathered with barbecue sauce and finished with grilled mushrooms and crispy fried onions is a pleasure beyond the typical burger experience.
Try it in a recipe 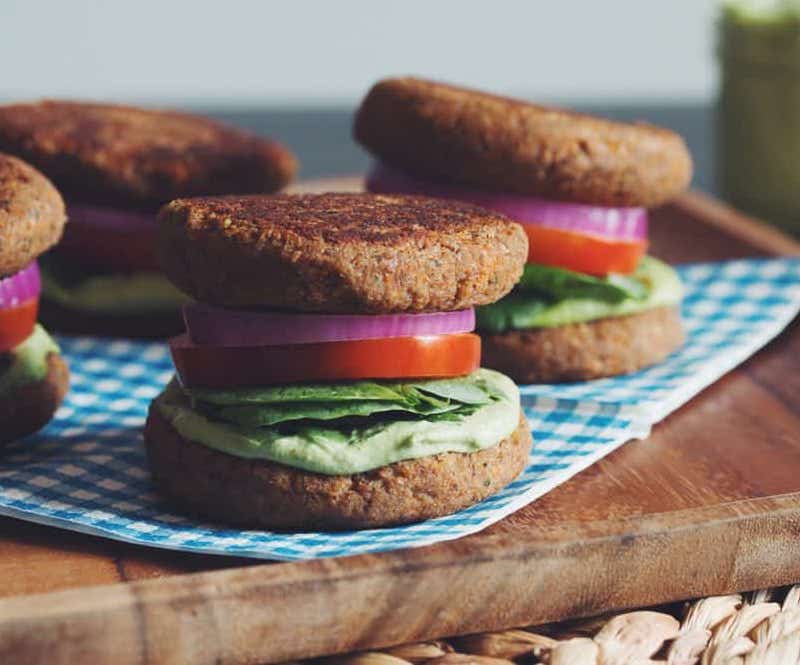 This sauce isn’t just for pasta. Adding a swipe of pesto to your burger is not only a great way to use up that last remaining tablespoon of sauce, but it also adds a bright, herby element that most sandwiches lack. For a store-bought option, try Trader Joe’s Vegan Kale, Cashew & Basil Pesto.
Try it in a recipe 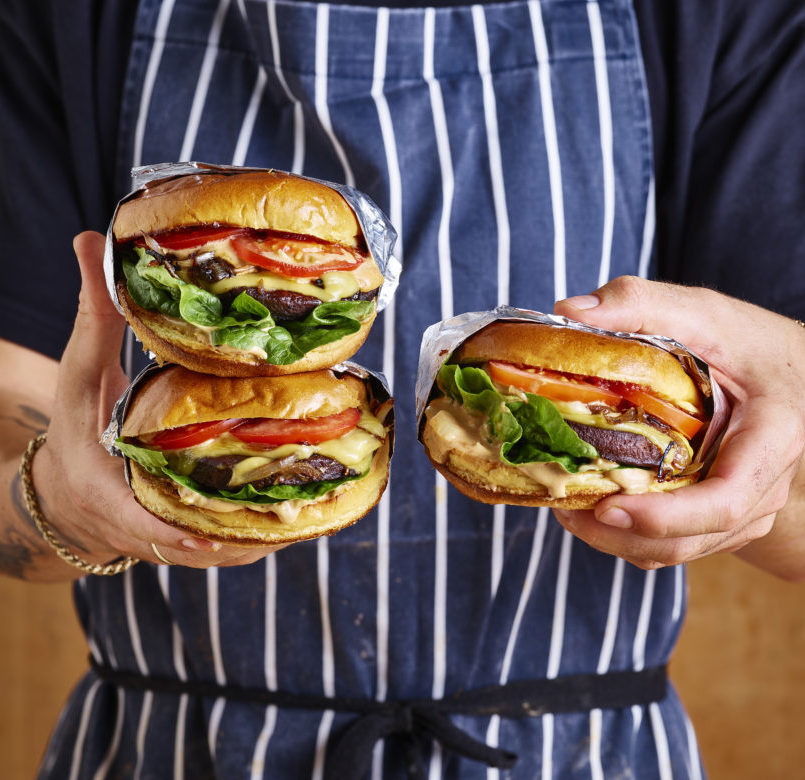 Recreate the taste of In-N-Out at home with a veganized version of the chain’s secret sauce. The company has hooked millions with its Thousand Island-esque condiment, but few realize that they don’t need to take a trip through the drive-thru to get it. The recipe below has nailed it. Make a double batch to pour over animal-style fries the next night.
Try it in a recipe 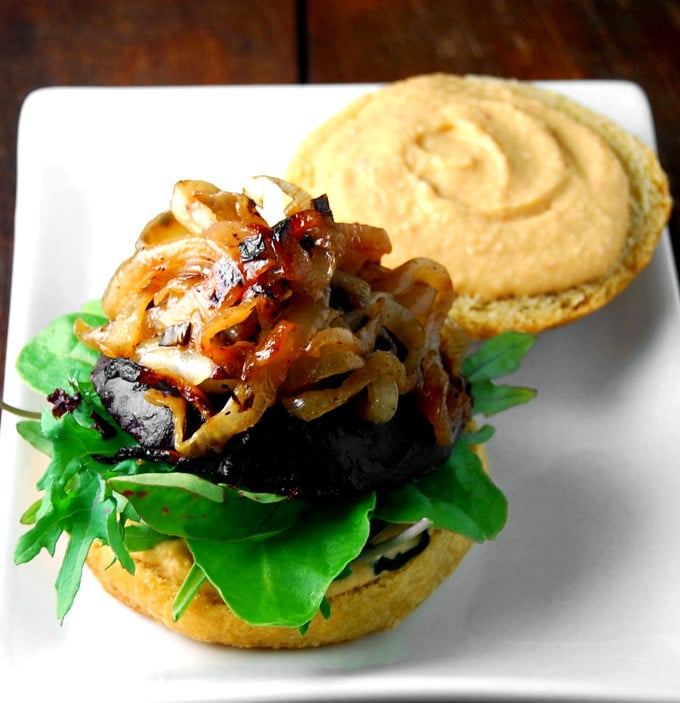 Yes, you can literally put hummus on everything. Whether you’re grilling up a juicy Beyond Burger or making do with a slightly dry homemade veggie patty, hummus can make it better. Opt for a flavored hummus such as red pepper, beet, or chipotle for an extra punch of flavor, then top with fresh cucumber slices, tomato, and a drizzle of vegan tzatziki.
Try it in a recipe 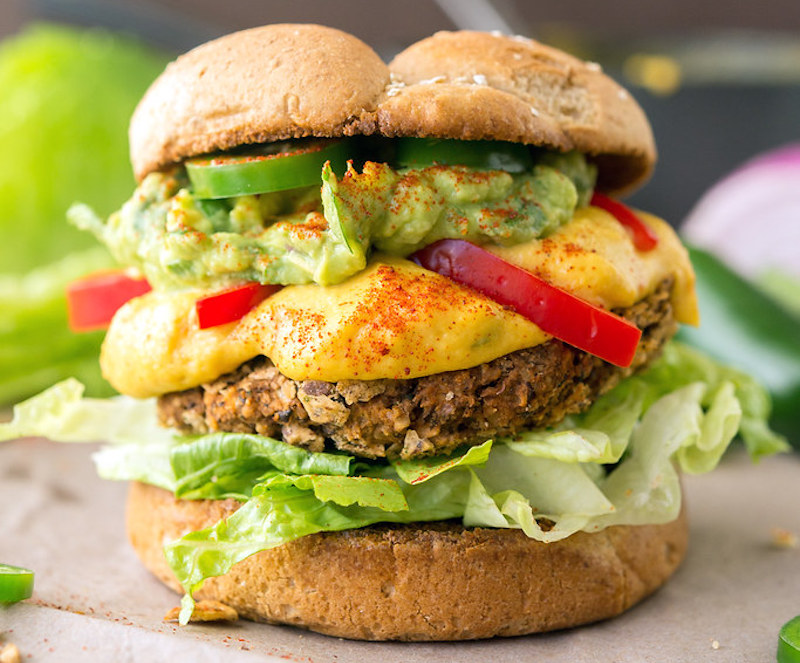 Load up a plain black bean burger patty with melty vegan nacho cheese, guacamole, tomato slices, and tortilla chips for a portable nacho experience. Enjoy the delicious moment, and add the nacho burger to your list of fantastic, barbecue worthy edible creations.
Try it in a recipe 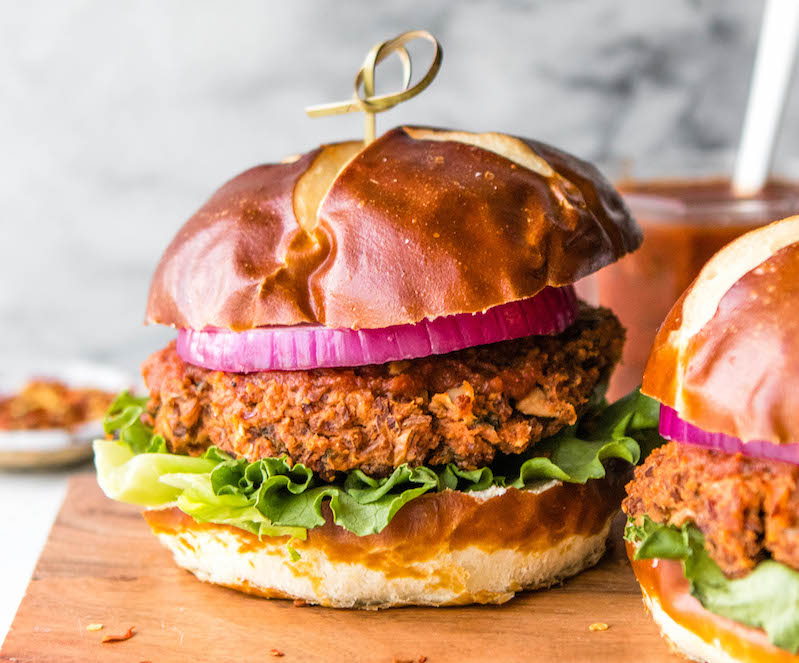 Essentially, a burger with melty vegan mozz and marinara sauce is a meatball sub reincarnated. Top it with some peppery fresh arugula and a quick drizzle of balsamic glaze for a handhold worthy of a $20 restaurant price tag.
Try it in a recipe

For more vegan cookout essentials, read:
These 10 Burgers Are Barbecue-Approved
The Essential Vegan Guide to Grilling
The 10 Best Vegan Hot Dogs and Sausages