This month, grocery chain Trader Joe’s launched its anticipated new vegan ice cream offering. The new Hold the Dairy! Mini Coconut Non-Dairy Frozen Dessert Cones are a vegan version of its Hold the Cone ice creams but made with coconut milk instead of dairy. The ice cream cones are currently available in a chocolate flavor that features a waffle cone coated with chocolate on the inside.

“The cone is crunchy, the dessert is creamy, and the whole vegan mini-cone experience is a big deal… especially when you’re eating dairy free,” Trader Joe’s describes the new item, which is a product of Italy.

The new vegan Hold the Dairy product is priced at $3.99 per pack of 12 mini cones. 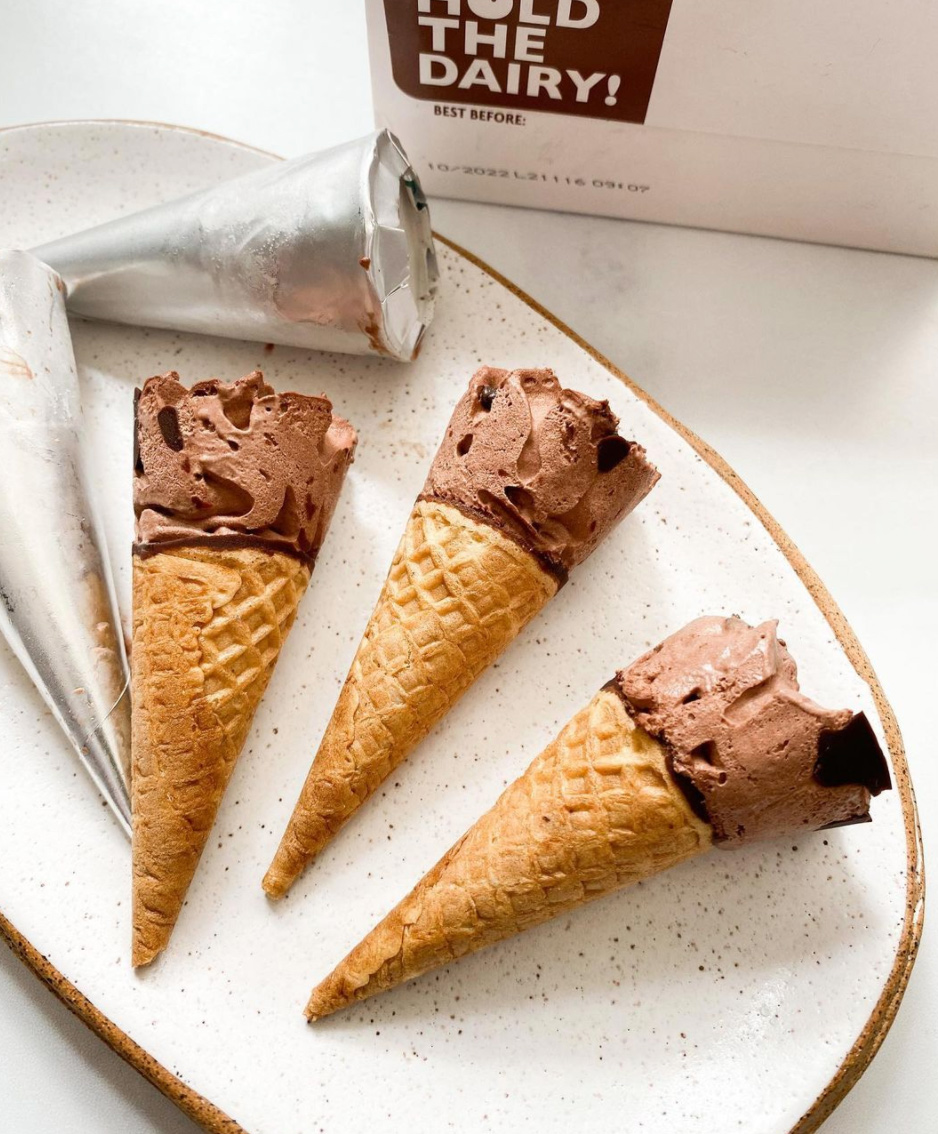 The vegan Hold the Dairy! cones join a growing list of vegan ice cream options at Trader Joe’s. The store currently stocks a variety of frozen treats made with different types of non-dairy bases, including a Vanilla Non-Dairy Dessert made with its almond beverage as a base; Strawberry ice cream made with oat milk; and the beloved Cherry Chocolate Chip soy-based ice cream (which briefly disappeared from shelves but came back due to popular demand in 2019). The store’s newest plant-based pint is Cold Brew Coffee and Boba Coconut Non-Dairy Frozen Dessert, which is made with a coconut milk base and dotted with frozen boba. 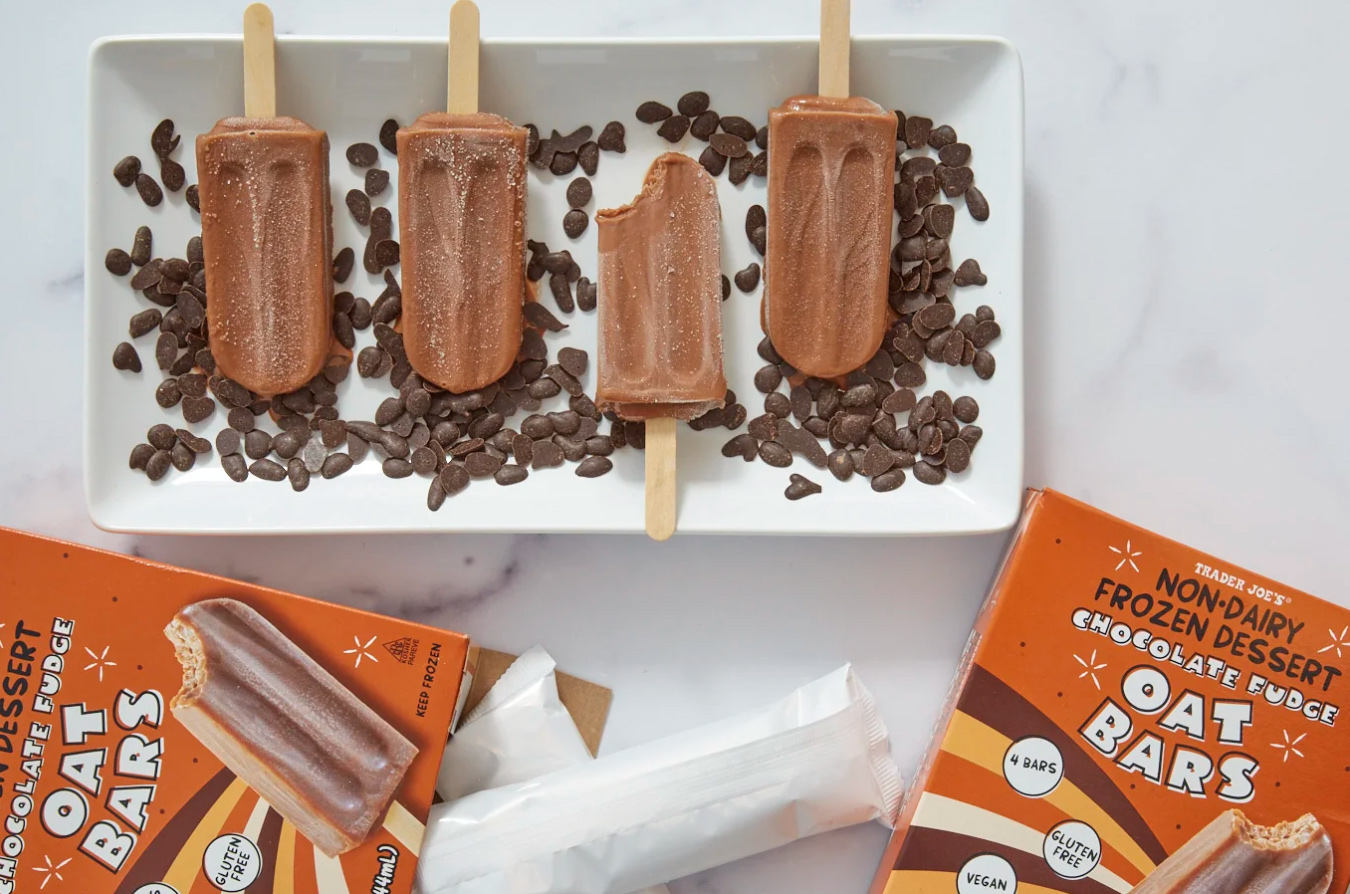 Trader Joe’s is getting into vegan seafood

All of Trader Joe’s recent vegan ice cream launches were developed as part of its mission to keep up with growing demand in the plant-based space. According to store executives, Trader Joe’s aims to develop vegan offerings in every category. This year, this aim has already resulted in the launch of multiple products, including heat-and-serve meal Vegan Enchilada Casserole, snack item Spicy Porkless Plant-Based Snack Rinds (aka vegan pork rinds), and frozen meal Vegan Bolognese (which is also available in-store in a meaty vegan sauce format).

The affordable grocery chain has offered plant-based meat options by brands such as Tofurky and Lightlife for years. However, Trader Joe’s recently dove deeper into the plant-based trend to create vegan meat patties in beef and turkey varieties, along with a new line of its own dairy-free cheeses.

One category in which Trader Joe’s is lacking is plant-based seafood, according to Amy Gaston-Morales, the chain’s category manager of Deli, Frozen Meat, Seafood, Meatless, and Fresh Beverage. “I’m looking to do more work on the seafood side,” Gaston-Morales said. “We don’t have options yet within our stores for a plant-based seafood product but there are crab cakes out on the market or scallops or tuna replacements.”

What’s Vegan at Trader Joe’s: The 10 Hottest Products in January