This month, global fast-food chain McDonald’s will debut its highly anticipated plant-based burger, the McPlant, at select locations in the United Kingdom and Ireland. Developed in partnership with vegan brand Beyond Meat, the McPlant features a Beyond Meat patty with ketchup, mustard, vegan special sauce, onions, pickles, lettuce, tomato, and vegan cheese on a vegan sesame-seed bun. McDonald’s has confirmed that the burger will be cooked on a separate grill and use dedicated utensils for its plant-based offerings. The burger has been certified vegan by the country’s Vegetarian Society.

The McPlant will launch in 10 select McDonald’s locations in Coventry, England on September 29 and expand to more than 250 locations on October 13. Next year, the vegan burger is expected to roll out across the UK.

Earlier this year, McDonald’s signed a three-year partnership with Beyond Meat to co-develop the fast-food chain’s McPlant platform, which is expected to result in the launch of various plant-based options globally. The range starts with the McPlant burger, but could include new items such as plant-based chicken burgers and vegan egg breakfast sandwiches.

Until now, the Beyond Meat partnership has resulted in a limited launch of a McPlant burger in European markets, including test locations in Sweden and Denmark earlier this year. Most recently, the McPlant became available in Austria where it is served with dairy cheese and mayonnaise. While Sweden, Denmark, and Austria are the first countries to trial the McPlant burger, the company plans to use the McPlant platform to develop products that meet demands in specific markets. 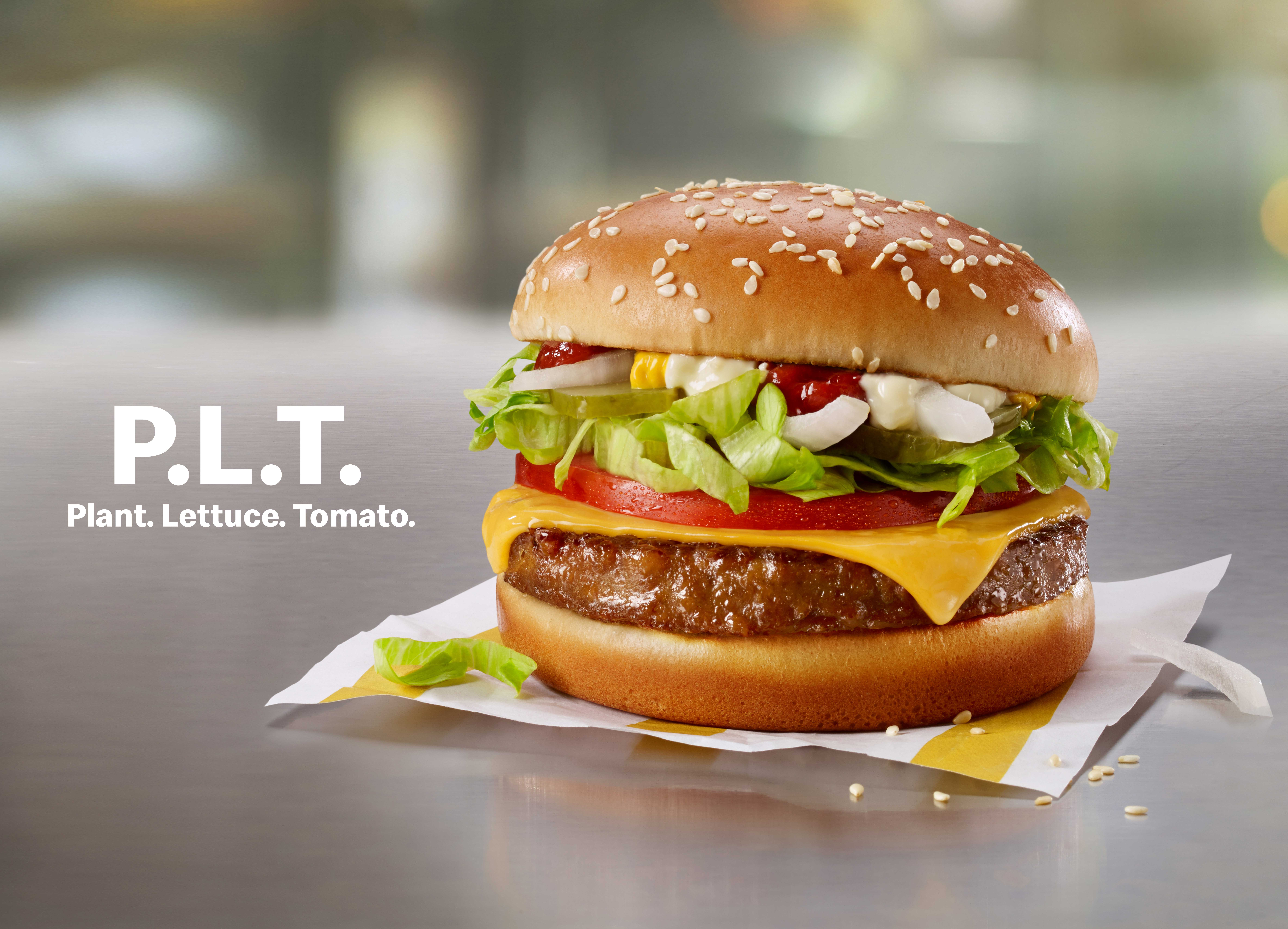 Prior to launching the McPlant, in 2019 McDonald’s first began testing plant-based burgers with a limited-time test of the P.L.T. (Plant, Lettuce, and Tomato) burger made in partnership with Beyond Meat at select locations in Ontario, Canada. McDonald’s has yet to add a plant-based meat option to its US menu.

Though McDonald’s is just beginning to add a plant-based burger option to its menus, many fast-food chains worldwide are already offering plant-based options. Stateside, Burger King offers the plant-based Impossible Whopper at its more than 7,000 locations across the United States. The Impossible Whopper features a flame-grilled Impossible Burger 2.0 patty topped with sliced tomatoes, lettuce, mayonnaise, ketchup, pickles, and onions on a toasted sesame-seed bun—and can be made vegan if ordered without the mayonnaise.

Last month, Burger King added an all-vegan burger option, the Version 2 Whopper, to its locations in Japan. It features vegan meat patties in place of bread buns which hold lettuce, tomatoes, onions, pickles, mustard, and ketchup. The new vegan Whopper was made to showcase the meatiness of the soy-based vegan patties, which are made by Australian company v2food.

In 2019, Wendy’s tested The Plantiful Burger on its menu in Canada. It was made with a pea protein-based patty—the key ingredient used by many modern vegan meat brands, including Beyond Meat—made by an undisclosed company. While the chain has since removed The Plantiful Burger from its menu, in June, Wendy’s got back into the plant-based game with the introduction of the Spicy Black Bean burger to three test markets in the US: Columbus, OH, Jacksonville, FL, and Pittsburgh, PA. While Wendy’s does not claim that the burger can be ordered vegan (due to cross-contamination concerns), the build includes a patty made from a blend of vegetables and grains, topped with tomato, a spring mix, along with dairy-based pepper jack cheese and parmesan-ranch sauce, that was served on a vegan-friendly toasted seven-grain bun.