While companies such as Beyond Meat and Impossible Foods have perfected plant-based beef, chicken, and pork, BSF sees a void in the plant-based market where few, if any, companies are recreating these specialized meat varieties—which are often inaccessible to most consumers due to their rarity and high price tag. BSF co-founders Sunny Kumar, a tech entrepreneur, and Ismael Montanez, a biochemist, set out to democratize these particular proteins with better flavor and the added intent of being environmentally conscious and cruelty-free—in stark contrast to industrial animal agriculture. 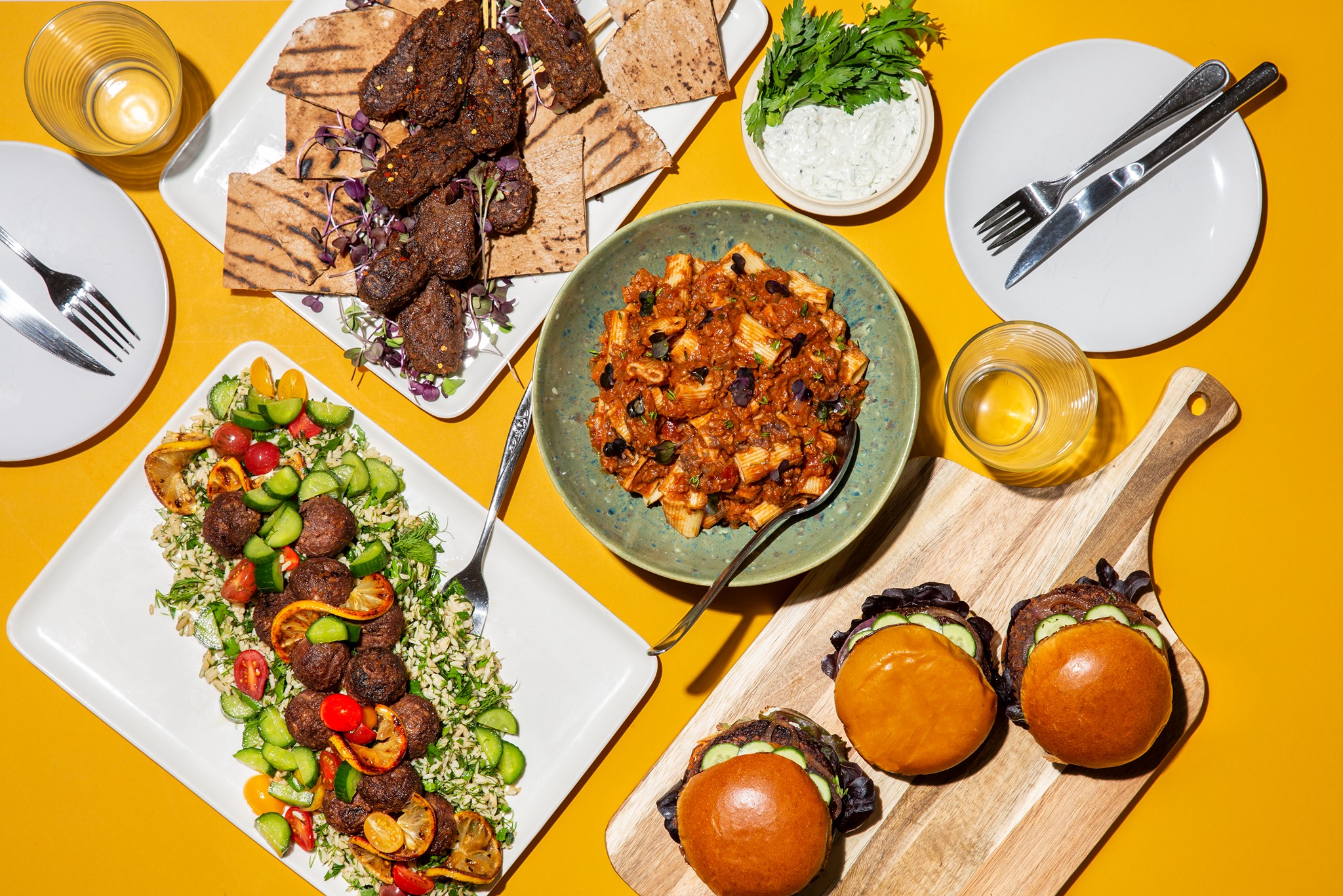 For these specialized meats, BSF developed analytical chemistry to identify the key compounds that give meat like lamb its distinct gaminess and complexity, including the characteristic flavor that coats the palette and the multi-sensory experience created through smell. The company spent two years perfecting its meat-free lamb using patent-pending flavor compounds and ingredients such as texturized pea protein, coconut oil, and cocoa butter, which resulted in a product that mimics the flavor and texture of its animal counterpart. While BSF currently uses plant sources for these flavors, it is currently developing a method to grow the desired compounds using fermentation.

“It’s exciting to see the growth of the plant-based industry at large and as a plant-based company that focuses on flavor, we’re already working on other breeds of game meat,” Kumar told VegNews.

What’s also notable about recreating lamb is that, from a production standpoint, it is the hardest on the planet, scoring the worst for water consumption, land use, and environmental degradation. Lamb also ranks worst among all domesticated meat sources on the key measure of waste versus reward. The production of BSF’s meat-free lamb, on the other hand, uses 95 percent less land, 95 percent fewer greenhouse gas emissions, and half as much water as commercially raised lamb, according to the company. 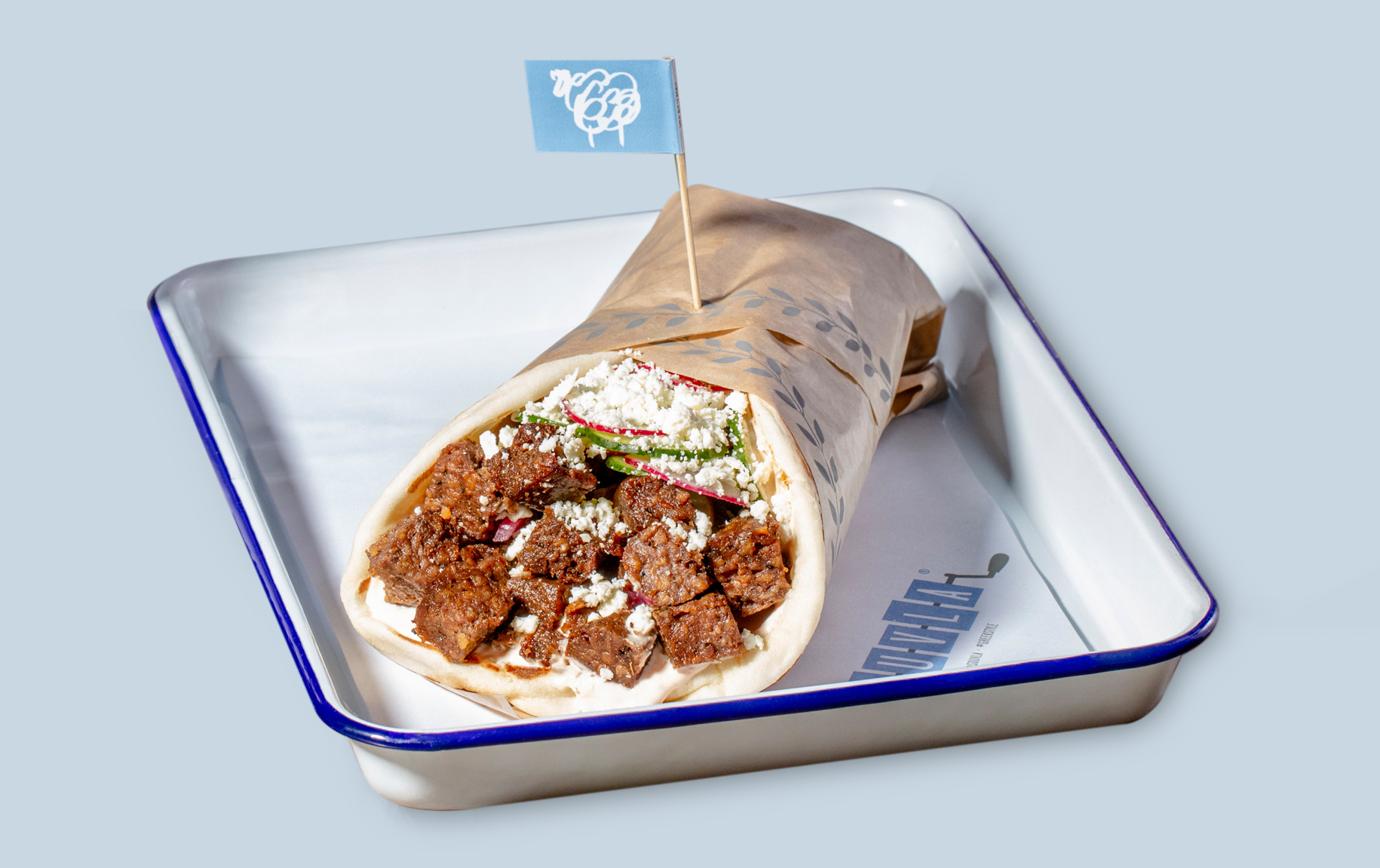 Vegan lamb gets the Greek treatment at Souvla

Last fall, BSF debuted its meat-free lamb at San Francisco-based Greek restaurant Souvla, where it became available as a fifth protein option alongside the eatery’s existing lamb, pork, chicken, and roasted white sweet potato. The meat-free lamb is served as bite-sized pieces as part of Souvla’s signature sandwiches and salads. The new protein option marked the first time Souvla updated its menu since it first opened in 2014.

“We had yet to find a plant-based meat that made sense for our restaurants, but when we tried Black Sheep Foods, we felt it was the right moment to add a plant-based offering to our menu,” Charles Bililies, Souvla’s Founder and CEO, said in a statement. “This [expands] upon our vegetarian offerings, which we’re excited to offer our guests.” 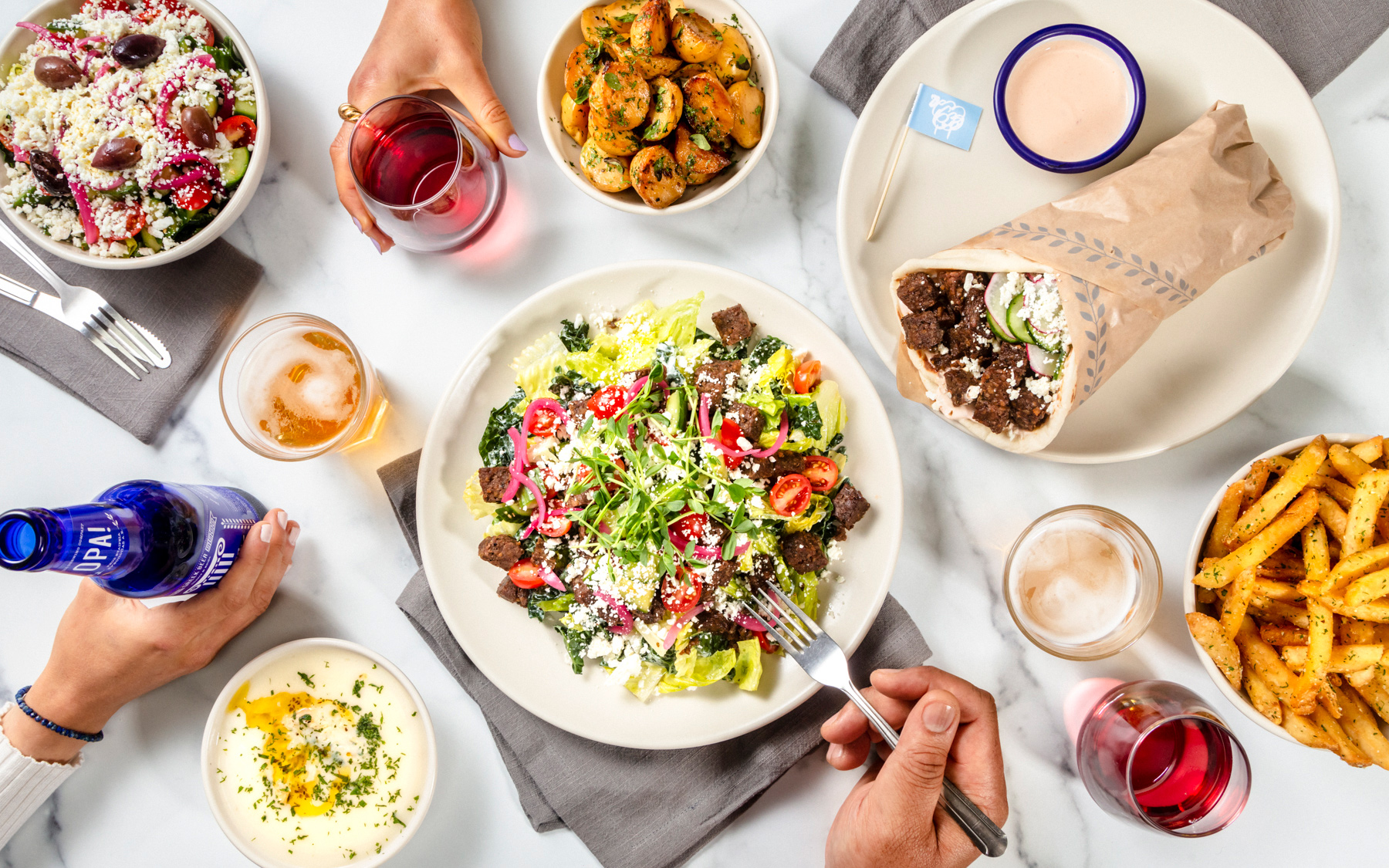 BSF will use its seed funding to bring these lesser-known vegan game meats to the foodservice sector. This year, several additional Bay Area restaurants will offer BSF’s flagship product on their menu, including upscale Indian restaurant Rooh, Arabic restaurant Beit Rima, pizza chain Joyride, and Mediterranean restaurant San Bruno, among others. Souvla also plans to introduce BSF meatballs to their Delta Airlines offerings, which are available to first and business class travellers.

“We’re thrilled to be working with such a reputable group of restaurants across the Bay Area—everything from fine dining to fast-casual—but we’re also planning to expand to other parts of the country this year,” Kumar said. “Our launch restaurants spotlight the versatility of our plant-based lamb and also act as springboards for us, ultimately helping us enter more mainstream channels.”