This week, vegan and cruelty-free brand Hey Humans is expanding the distribution of its personal care products to more than 6,000 locations of drugstore chain Walgreens. Actress Jada Pinkett Smith created the brand in partnership with beauty incubator Maesa and initially launched Hey Humans at Target last year where all items were priced under $6. The the line includes vegan lotion, deodorant, toothpaste, and body wash made with essential oils and upcycled ingredients in gender neutral scents such as Cedarwood Sage, Rosewater Ginger, Coconut Mint, and Apple Matcha. Hey Humans’ expansion to Walgreens keeps items accessible with pricing ranging from $6.99 (deodorant) to $7.99 (body wash).

“At Walgreens, we consistently ensure we have the latest and most relevant products available for our customers,” Walgreens group Vice President of Beauty and Personal Care, Lauren Brindley, said in a statement. “As we look to propel like-minded wellness brands forward, the emphasis that Hey Humans places on care when it comes to both its ingredients and the planet aligns with our overarching purpose to create more joyful lives through better health.” 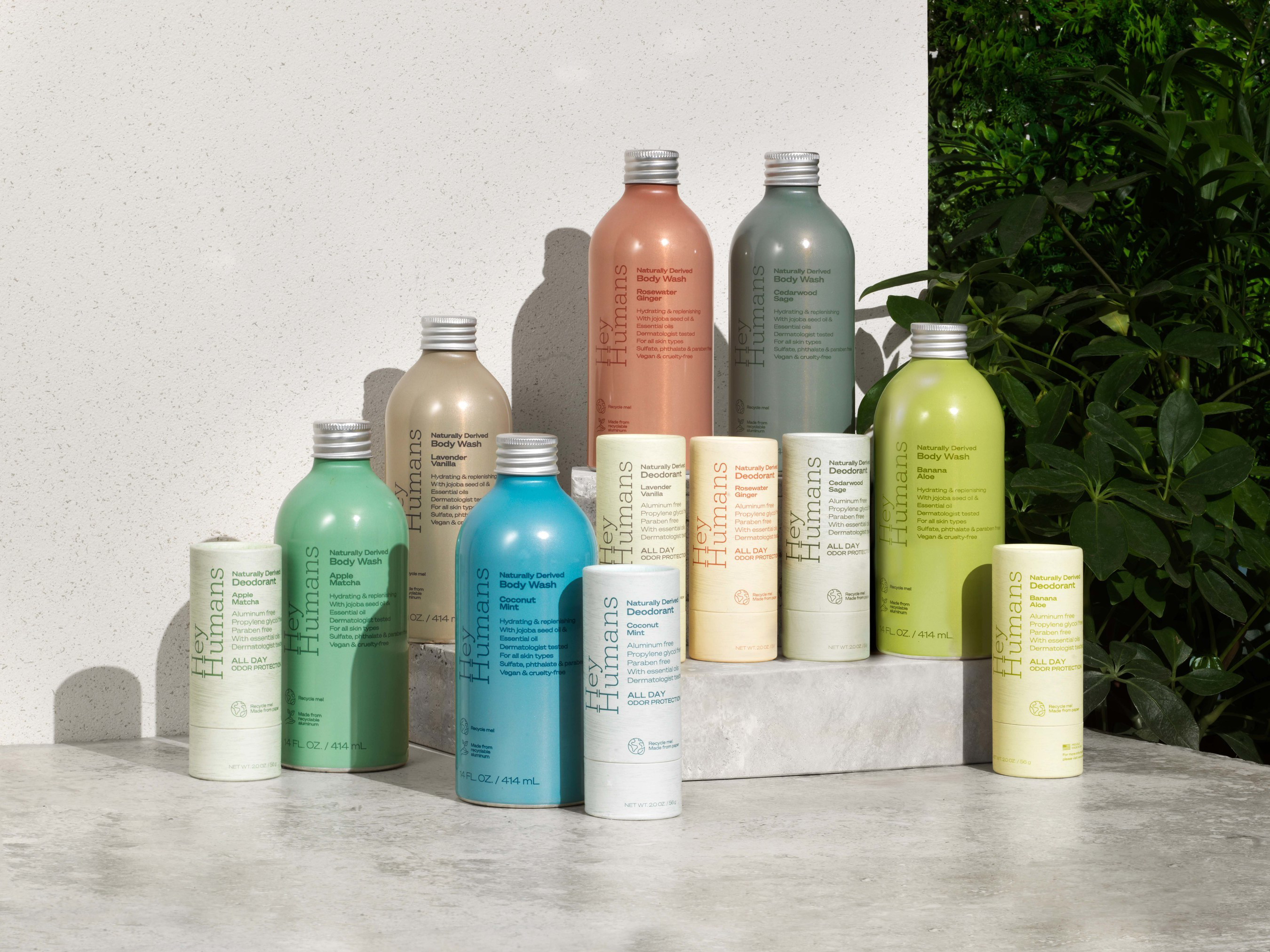 In addition to its focus on being free from animal products and cosmetic animal testing, Hey Humans was founded with the mission of taking plastic out of the beauty industry—a major contributor to plastic pollution. To that end, Hey Humans products are all packaged in 99-percent plastic-free containers made from materials such as infinitely recyclable aluminum and FSC paper to help combat plastic waste.

“We are thrilled to introduce Hey Humans to the Walgreens consumer,” Rich Simpson, Senior Vice President of Customer Development, North America at Maesa, said in a statement. “While sustainability is a driving force behind the brand, we find that accessibility to healthy personal care options is a major factor as well. With our naturally derived formulas packaged in recyclable materials, we hope to bring awareness to the fact that clean and vegan personal care products do not have to come with an inaccessible price tag. With Hey Humans you can smell and feel good but also do good.”

Jada Pinkett Smith is not the only family member to launch a vegan business. Her son, Jaden Smith, has organized several humanitarian efforts in recent years. On his 21st birthday in 2019, Jaden Smith opened the first location of the I Love You Restaurant on Skid Row—a community of unhoused people living in Los Angeles. The mobile food kitchen was part of his initiative to give away free vegan food to communities in need and shortly after its Los Angeles launch, expanded to New York City. “I Love You Restaurant is a movement that is all about giving people what they deserve—healthy, vegan food for free,” Jaden Smith said at the time. Last year, Jaden Smith expressed his desire to open a more permanent location of the I Love You Restaurant with the same social mission. 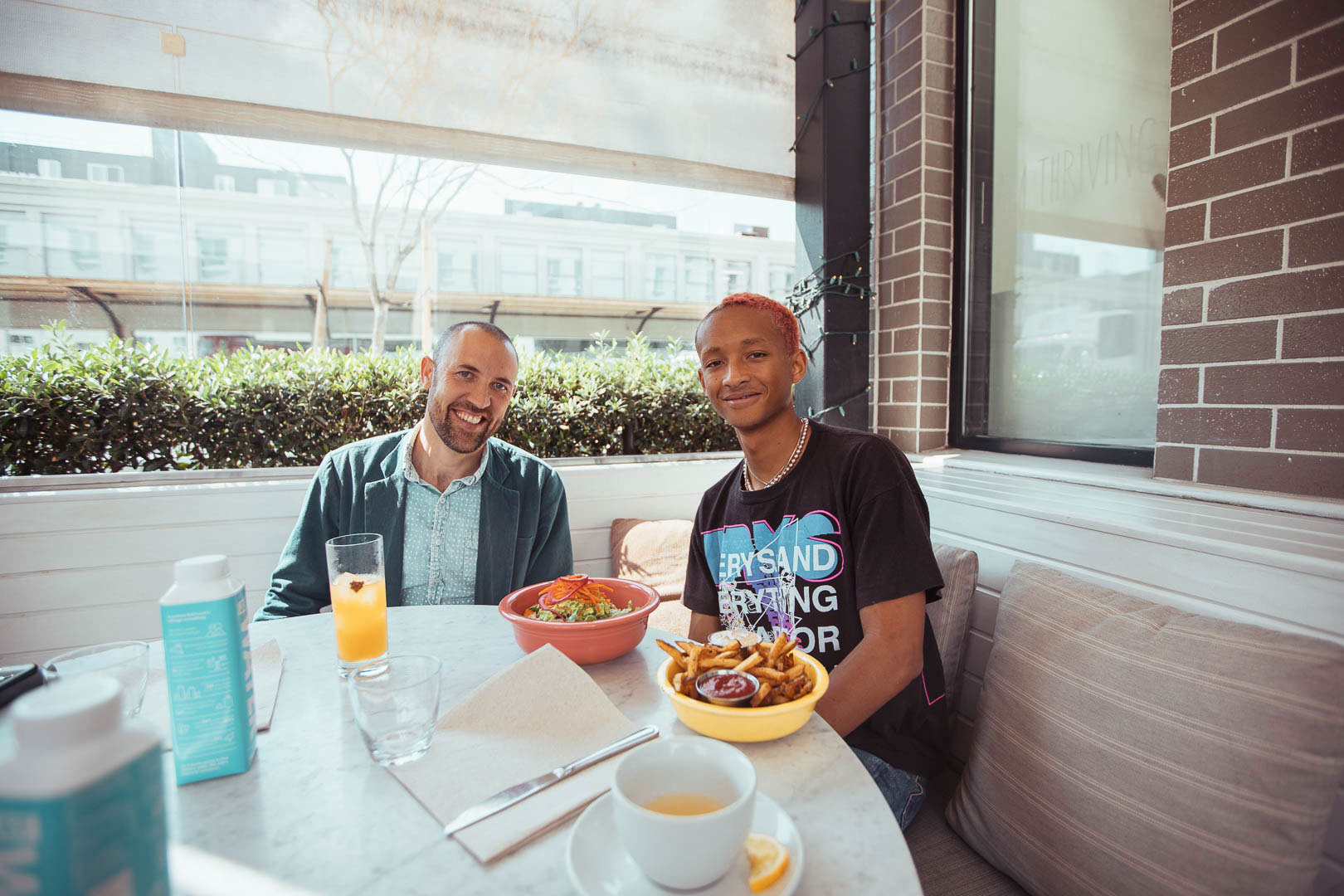 That year, Jaden Smith also partnered with vegan eatery Café Gratitude to expand the impact of his initiative. The social entrepreneur worked with the restaurant’s Executive Chef Dreux Ellis and Smith family chef Tabitha George to create the I Love You bowl. Served in a flamingo pink ceramic bowl inscribed with a handwritten “I love you” message from Jaden Smith himself, the item was put on the menu with the aim of selling 10,000 units to raise funds for donating the same amount of vegan meals through Jaden Smith’s I Love You Restaurant initiative.

Jaden Smith further helped the unhoused community in Skid Row shortly after the launch of Hey Humans by partnering with his mom to donate Hey Humans products to Skid Row residents through a partnership with The ReFresh Spot, an organization that provides residents with 24-hour access to showers, restrooms, and other hygienic services. “This is like a family thing for us, for my mom and our whole family,” he said during an interview with The ReFresh Spot program director Evan Clark. “We wanted to just continue to extend ourselves and to help the broader community. That’s what we do.” 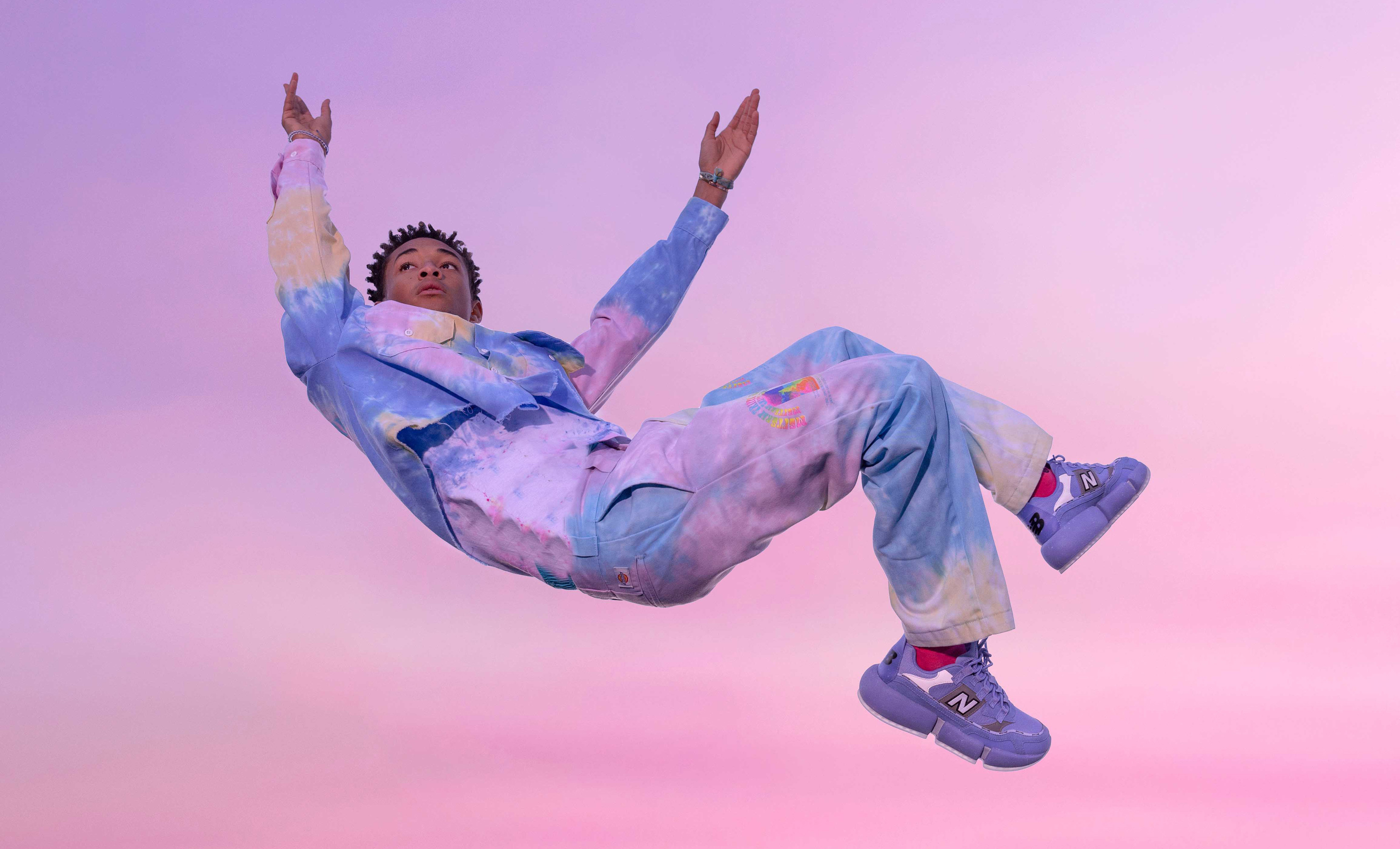 Jaden Smith also brought his kinder message to the shoe industry through a collaboration with athletic footwear giant New Balance. First launched in 2020, the NB for Jaden Smith Vision Racer was a vegan leather sneaker made with sustainable materials such as post-consumer plastic rather than oil and 98-percent post-production leftover foam and rubber. The collaboration sneakers debuted in multiple colorways and sold out immediately.