Back in 2019, Burger King was one of the first national chains to add the plant-based Impossible Burger to its menu. The famous Impossible Whopper can be ordered vegan without the mayonnaise, and it became an instant hit for the company. However, the chain offers more than just one vegan option. From the little-known vegan French Toast Sticks to the build-your-own sandwich option, here is everything you need to know to order vegan at Burger King. 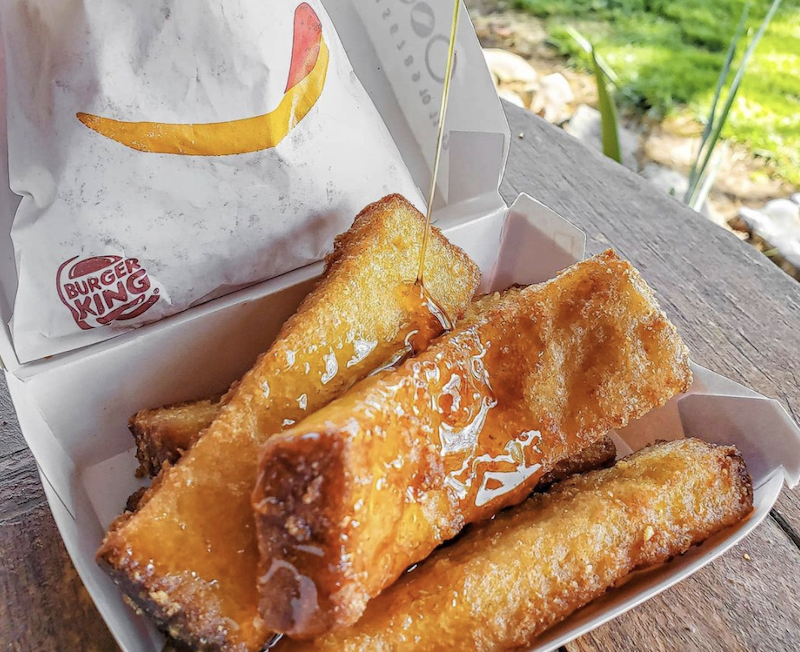 These sweet, egg-free French toast dippers typically fly under the vegan radar, but they are arguably the most delicious plant-based find on BK’s menu. No modifications are needed—the sticks and the syrup are both verified vegan. The standard order comes with five crispy-yet-doughy dippers, but you can also order a smaller side of three.

The humble hash brown is a reliable vegan staple across diners and drive-thrus alike. These fried potatoes are served as coin-shaped nuggets which are ideal for dipping and snacking. Keep in mind, the breakfast menu is only available until 10:30am.

Burger King ran into a major issue when it first debuted this menu item in 2019. It couldn’t keep up with the demand. The plant-based patty by Impossible Foods is stacked with all the classic Whopper toppings including sliced tomatoes, lettuce, mayonnaise, ketchup, pickles, and sliced onions, and is easily veganized by asking for no mayo. Really hungry? Go for the Double Whopper, which is made with two Impossible patties. 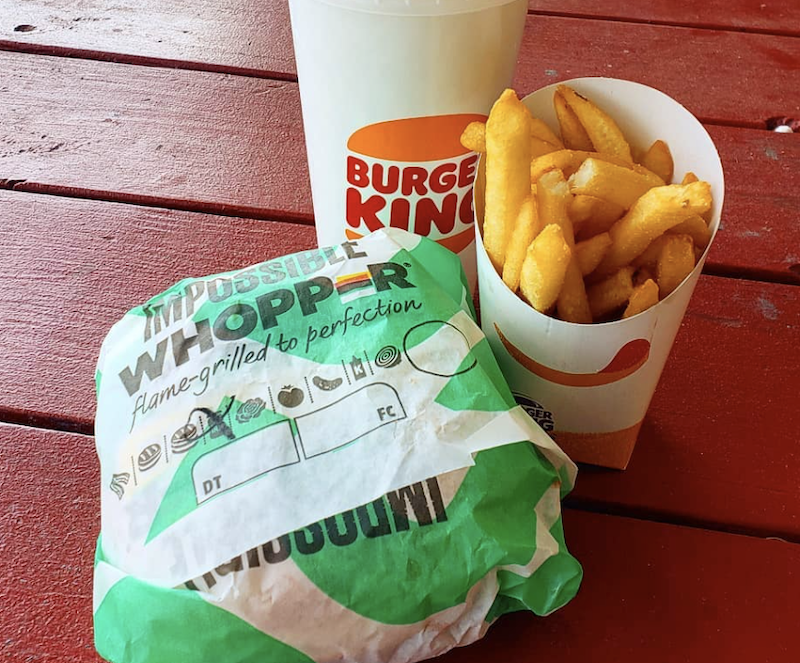 Build Your Own Sandwich

An alternate route to making modifications to your Impossible Whopper is to build your own burger. You’ll start with an Impossible patty and a bun then have the opportunity to customize your perfect handhold. Vegan-friendly toppings include all the staples: mustard, ketchup, lettuce, tomato, pickles, and onions.

To be honest, this bowl of greens won’t wow you. Order without the cheese and you’re down to just lettuce and tomatoes. However, it serves its purpose of adding a bit of green to a meal if that’s what you’re after. The salad does not include dressing, so ask for a salt and pepper packet to zhush it up.

Go ahead and order fries with your veganized Impossible Whopper. Like the vast majority of fast-food potato products, they’re vegan. For dipping, play it safe with ketchup or mustard.

Look to the King Jr. (or the kid’s) menu for this familiar applesauce cup. After BK discontinued the PB&J Jammwich, the applesauce is the only plant-based item on the menu for little vegans.

For more vegan fast-food guides, read:
How to Order Vegan at Taco Bell
The Vegan Guide to Dunkin’
How to Eat Vegan at Wendy’s