Actress Kate Mara’s new documentary The Smell of Money aims to expose the environmental racism behind factory farming. The new film gives a platform to the torment that Elsie Herring and other residents of Duplin County, NC have experienced for years at the hands of meat giant Smithfield, which operates a massive hog farm in the region.

Executively produced by Mara and produced by Jamie Berger, the film puts a spotlight on the health crisis created by the meat giant in the rural region which is home to mostly Black, low income residents. People here have been exposed to untreated waste waters—which are often sprayed into the air—from the hog operation for years, leading to major health issues such as respiratory illnesses and a severely reduced quality of life.

“We hope the film infuriates people for the factory farming industry’s blatant disregard for animal and environmental welfare, and for the underserved communities in which the industry sets up shop and destroys their way of life,” Mara said in a statement. “We cannot continue with our current food system and ignore the environmental racism that plagues these communities.”

The Smell of Money aims to expose the violations of Smithfield, particularly in the form of environmental racism since, as mentioned in the film, the issue would be different if Duplin residents were white people living in mansions. “All the laws protect these industries,” Herring said in the trailer. “No one is protecting us.”

The Smell of Money Teaser Trailer from Shawn Bannon on Vimeo.

The Smell of Money has already gained accolades on the film festival circuit, including a Jury Award at the Sarasota Film Festival 2022 and chosen as a top five audience favorite at Hotdocs 2022.  Mara will be on hand to speak about The Smell of Money at August’s Mindful Eating Film Festival in Northern California, the third installment of the two-day plant-based food and film festival organized by Rancho Compasión—a farmed animal sanctuary owned by vegan cheese queen Miyoko Schinner.

“The Mindful Eating Film Festival was launched to be a world’s gathering for sustainable food system advocates in film, entertainment, and industry,” Schinner said in a statement. “We are here to create the Sundance of climate action—and there is no better place to bring this conversation than Northern California, a world-renowned region facing crucial climate and wildlife habitat destruction challenges.”

The Smell of Money will be screened at Schinner’s festival, alongside other topical films such as The Game Changers, Eating Our Way to Extinction, Elk Water, and The End of Medicine—a film about animal agriculture’s role in human health crises that was executively produced by Kate Mara’s sister Rooney Mara and her partner Joaquin Phoenix.

Smithfield’s hog operation—which is not wholly different from other concentrated animal feeding operations (CAFOs) across the country—has been the subject of several lawsuits. In 2015, the residents of Duplin County sued Smithfield for creating a health disturbance and in 2018, a federal jury decided to fine Smithfield $473.5 million for the offense. However, Smithfield only had to pay $94 million of the verdict due to a state limit on punitive damages. Its parent  company, Hong Kong-based WH Group, reported $1 billion in profits in 2017.

New Jersey Senator Cory Booker—who has been vegan since 2014—has been on a mission to end the abuse documented in The Smell of Money, in which he makes an appearance. “We will destroy our planet unless we start figuring out a better way forward when it comes to our climate change and our environment,” Booker previously told VegNews. “So when you start seeing places like Duplin County and the severe health impact that the industrial pig farming is having there—literally, people that are living in those communities can’t open their windows, can’t run their air-conditioning, can’t put their clothes out on the clothing lines. Where they have respiratory diseases, there are high rates of cancer because of these massive pig farms where the farmers themselves are now being treated more like sharecroppers than small business people. It is grounding down the livelihood, the environment, the health and safety of folks. And all to do what? To produce pork that is being exported back by a Chinese company, Smithfield, being exported back to China.” 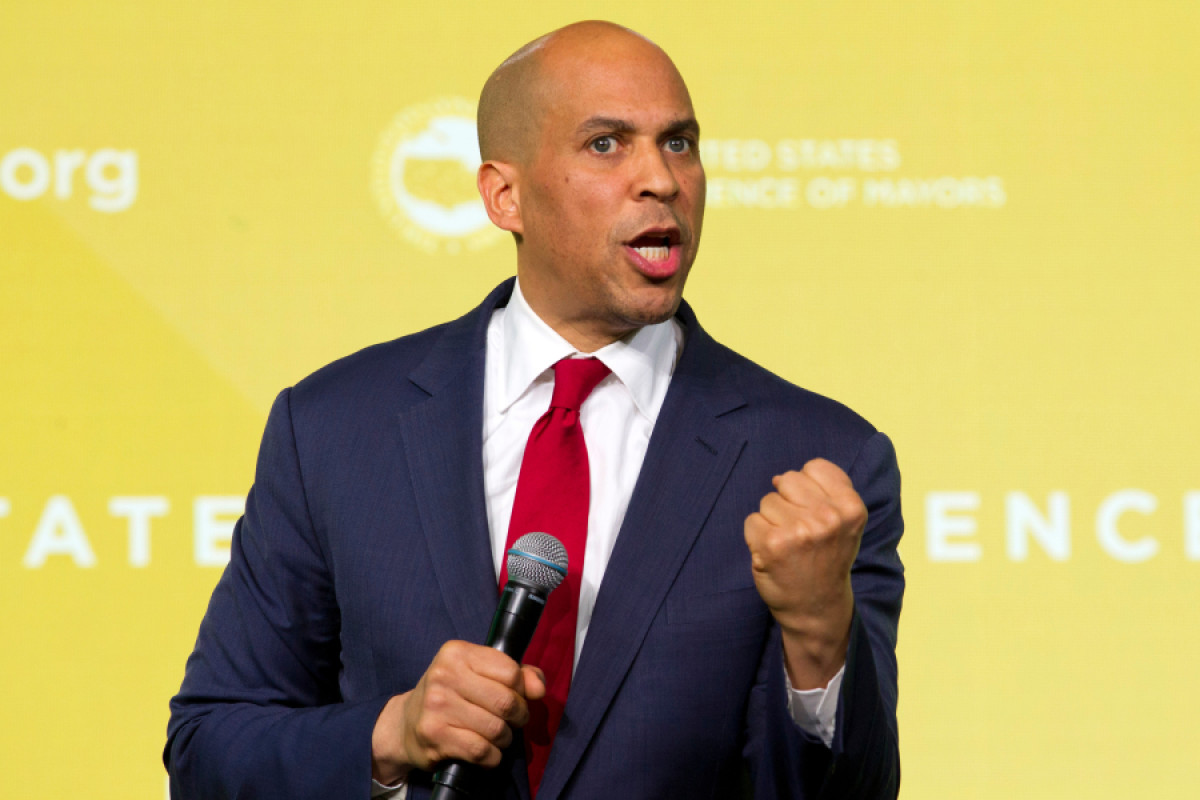 Incensed by the way Smithfield’s Duplin County farm and other CAFOs operate, in 2020, Booker introduced the The Farm System Reform Act (FSRA), proposed legislation that aims to transition animal agriculture away from factory farming by banning the opening of new large-scale CAFOs and limiting the growth of existing CAFOs in the meat and dairy sector. The bill also aims to phase out the largest CAFOs by 2040, hold large meatpackers accountable for the pollution they create, and set aside $100 billion over the course of 10 years to help former CAFO-owners transition into what the bill describes as better forms of agriculture.

“We need to fix this broken system,” Booker said in a statement. “That means protecting family farmers and food system workers and holding corporate integrators responsible for the harm they are causing. Large factory farms are harmful to rural communities, public health, and the environment and we must immediately begin to transition to a more sustainable and humane system.”

Since its introduction, FSRA gained backing from fellow former presidential candidates Elizabeth Warren (D-MA) and Bernie Sanders (D-VT), among others.

For the latest vegan news, read:
Why Kellogg’s Is Launching a Dedicated Plant-Based Food Business
A Vegan Diet Rich in Legumes Can Help You Lose Weight, Study Finds
Did Gordon Ramsay Just Make a Vegan Steak Out of an Eggplant?