Another year has gone by without a vegan update to the iconic Pumpkin Spice Latte (PSL). It exists in the United Kingdom and some European countries (ahem, so we know it’s possible), but the American arm of this international coffee chain has yet to adopt the dairy-free pumpkin spice sauce. In the meantime, you can still create some semblance of fall cozy by ordering one of these nine autumnal, vegan Starbucks fall drinks. 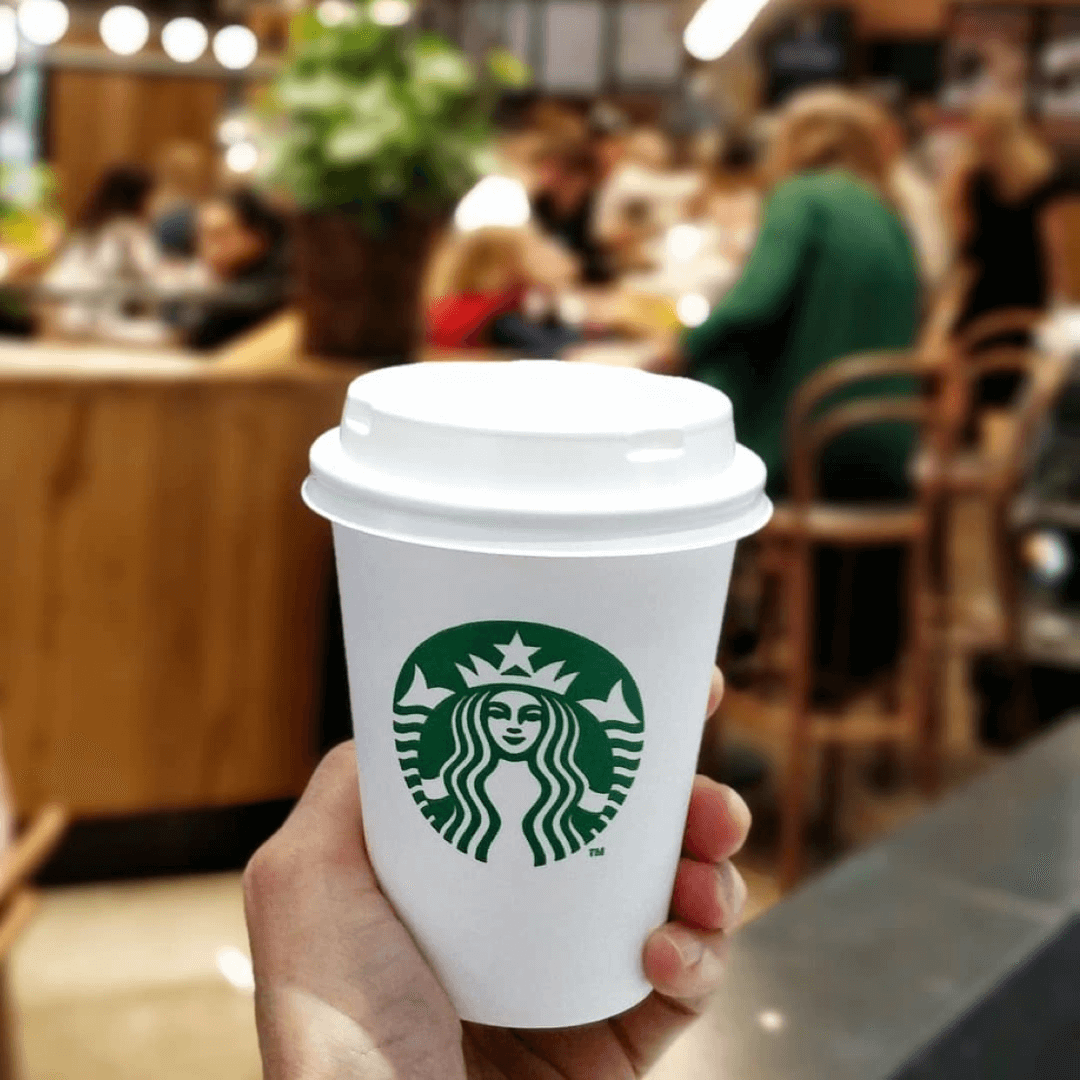 Sure, you can get a vegan PSL in the UK, where Starbucks doesn’t even charge for dairy-free milk anymore. But here in the US, almost two decades after its debut, the PSL sauce still contains dairy. It’s fine. We’ll be patient.

Thankfully, Starbucks’ other fall beverages are usually made vegan with just one or two modifications and you can choose oat, almond, soy, or coconut milk instead of cow’s.

Vegan by default seasonal drinks are also becoming a reoccurring thing on the coffee chain’s menu. The summery Dragon Drink is shaken with coconut milk, so you don’t even have to ask for a modification. The Iced Brown Sugar Oatmilk Shaken Espresso—which made this list—is also vegan by default. Check out our general guide to ordering vegan drinks at Starbucks for more options.

Starbucks has yet to announce its seasonal menu for fall 2022, but rest assured that we’re on the case. Here are the autumnal, dairy-free concoctions that you can order now: 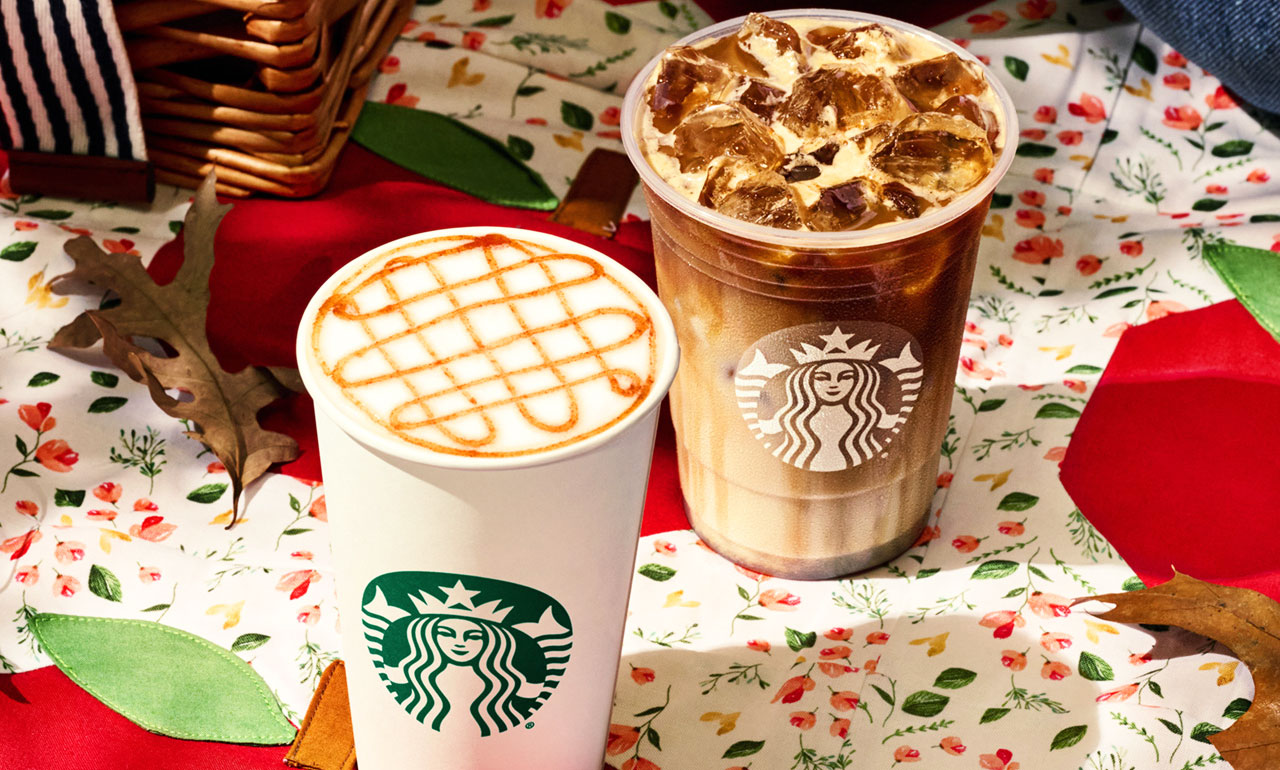 This apple pie-flavored drink is a returning concoction from last year’s fall launch. But this time around, Starbucks made the oat milk-based version the default beverage on the menu. This seasonal latte features flavors of apple, cinnamon, oats, and brown sugar with the coffee chain’s Blonde Espresso. It’s all topped with a spiced apple drizzle.

Barista tip: For an extra boost of autumnal flavors, ask for extra drizzle.

This item never leaves the menu, but the warming cinnamon spices beckon feelings of fall. Easily transform this drink into a vegan-friendly option by swapping in your favorite plant milk and asking for no whipped cream or cinnamon dolce topping (it contains dairy).

Barista tip: Feeling the weather effects of global warming? Order this over ice or as a blended Frappuccino.

Hazelnuts are a bit more wintery than fall, but if you’re one of those people who start playing Christmas music in October, ring in the season early with this comforting drink. Custom order a regular latte with your choice of dairy-free milk, then ask for hazelnut syrup. The standard is three pumps for a tall, but if you prefer a pick-me-up that’s not so cloyingly sweet, ask for just two pumps.

Barista tip: Don’t confuse this for the Starbucks Reserve Hazelnut Bianco Latte—this can’t be veganized no matter how hard you try.

Like the Cinnamon Dolce Latte, this flavor is available year-round, but Starbucks only promotes it when the leaves begin to fall. It’s a unique drink with a caramelly, nutty flavor that’s sure to put a smile on your face. To veganize it, skip the whip and say no to the toffee nut sprinkles, which contain dairy.

This classic may be on the Starbucks menu all year round, but its rich, caramelly flavor just screams “fall” to us. Make it vegan in two steps: first, swap the dairy milk with our personal recommendations, oat or soy milk, both of which have a creamy texture that complements the sweetness of the caramel. Next, ask for it without the drizzle of caramel sauce topping. Unfortunately, it contains butter and heavy cream. 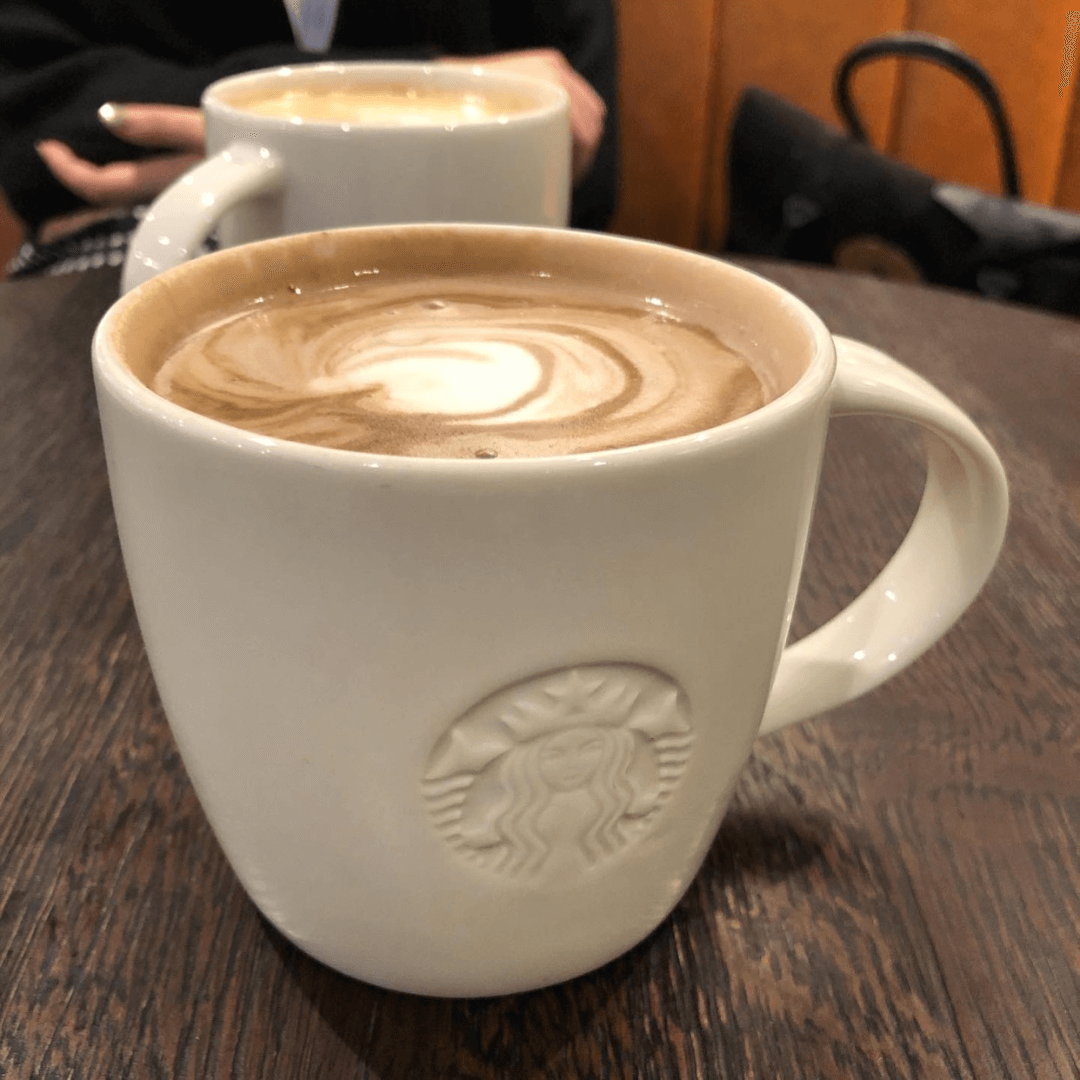 Gussy up a basic caffeinated hot chocolate (that’s what a mocha is) with the flavors of fall. Ask for a (insert your favorite dairy-free milk here) mocha with either hazelnut, cinnamon dolce, caramel, or toffee nut syrup, and hold the whip.

For many, fall officially starts with the first sip of hot apple cider. Starbucks’ rendition features steamed apple juice mixed with cinnamon syrup and topped with whipped cream and caramel drizzle. Veganize it by asking for no whip or caramel drizzle.

Barista tip: Add a depth of flavor by incorporating either a sprinkle of nutmeg or the turbinado sugar and sea salt mixture for a sweet-salty combo.

This chilled beverage was introduced during the summer, but anything with brown sugar and cinnamon deserves to be included on a fall menu. This richly sweet and creamy drink is vegan as-is and is topped with cinnamon, which makes it taste like a sweet, sugary baked good at a fall farmer’s market. It doesn’t get any better than that.

Barista tip: A grande comes with four pumps of brown sugar syrup, so ask for half of that if you’re in need of something less cloying in flavor. 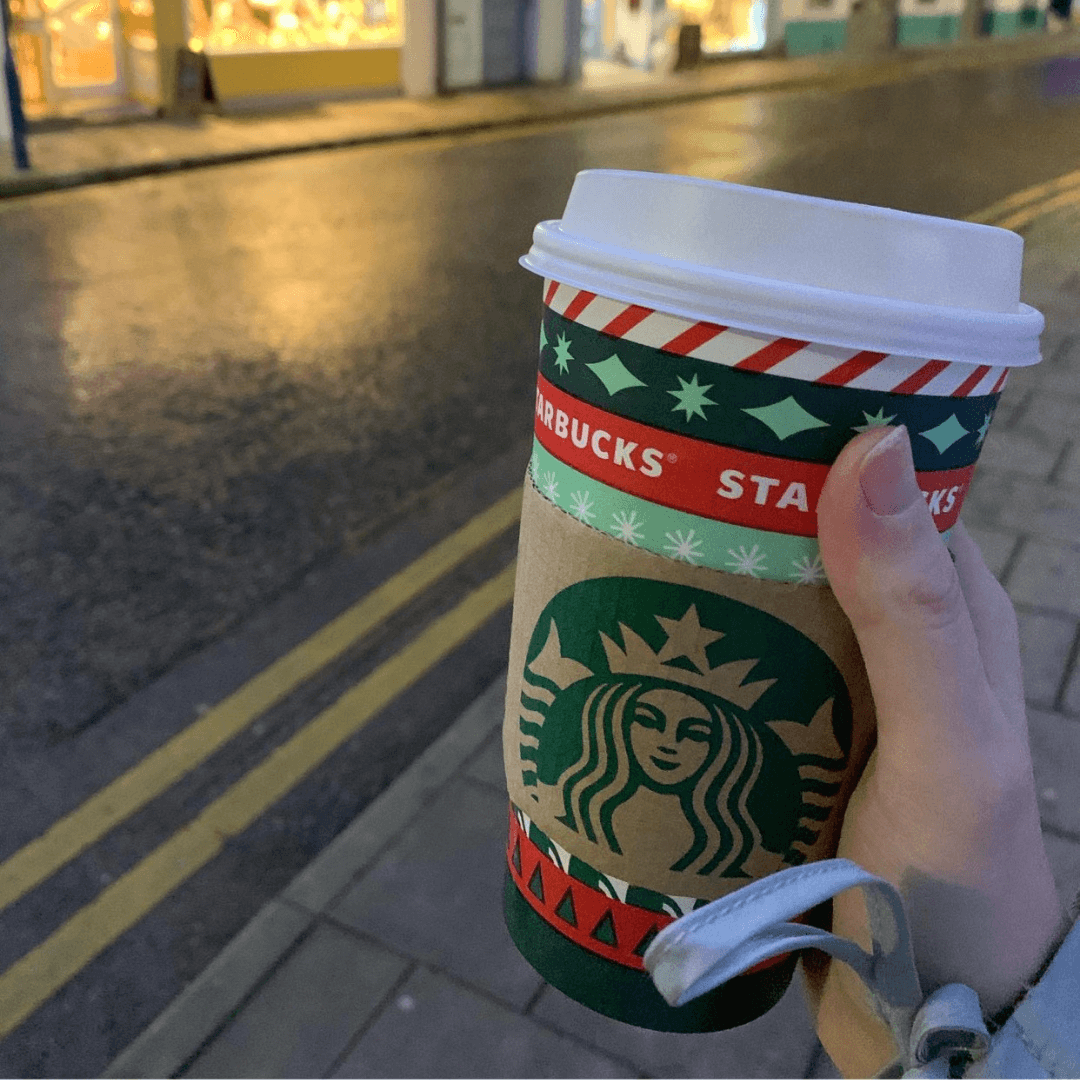 Brought to you by our VegNews resident Starbucks barista—aka Senior Editor Richard Bowie—here’s how to hack your way to Hogwarts: order a tall soy latte with one pump each of caramel, toffee nut, and cinnamon dolce syrup plus extra foam and sea salt topping. The result is a delightful potion even Snape would award points to.

Barista tip: This beverage is best served hot. If you want an iced drink, save the butterbeer for another time.

Trick out your typical tea latte by asking your barista to top your drink with a sprinkle of nutmeg. The warm spice will bring out the vanilla flavors of this mixed drink and add a layer of warm fuzzies to your morning.

For now, these are the official vegan fall drinks that you can get at Starbucks, with a couple of our favorite custom orders thrown into the mix. We’re still holding out for that dairy-free PSL.

For more vegan food guides, read:
9 Vegan Hacks for Your Favorite Fast-Food Joints
The Vegan Guide to The Cheesecake Factory
How to Order Vegan at Dunkin’