With nearly 9,000 locations across the US, Dunkin’ is one of the country’s most popular fast-food chains. Thankfully, because the coffee and doughnut chain has picked up on the growing demand for plant-based food, we can caffeinate ourselves on oat milk lattes and chow down on potatoes and avocado. But, where are the plant-based doughnuts? We’re going to answer that first, and then dig into what’s vegan at Dunkin’.

Does Dunkin’ have vegan doughnuts?

The most important question in the world: does Dunkin’ have vegan doughnuts? If you’re in the US, sadly, you’re out of luck. (We’re sorry—but here’s our guide to vegan-friendly doughnut shops across the country. Some even do delivery, if you’re not within reasonable traveling distance.)

However, if you’re in Europe, things are different. Dunkin’ launched 41 flavors of vegan doughnuts in Belgium back in the spring of 2021. The flavors included glazed, raspberry, chocolate chip, pistachio, Banana Rainbow, and even Cookie Monster—complete with googly eyes. Color us jealous. Dunkin’ Belgium’s vegan doughnuts weren’t a test-run, either, which is so often the case stateside. They’re still on the menu to this day. Again, we’re envious. 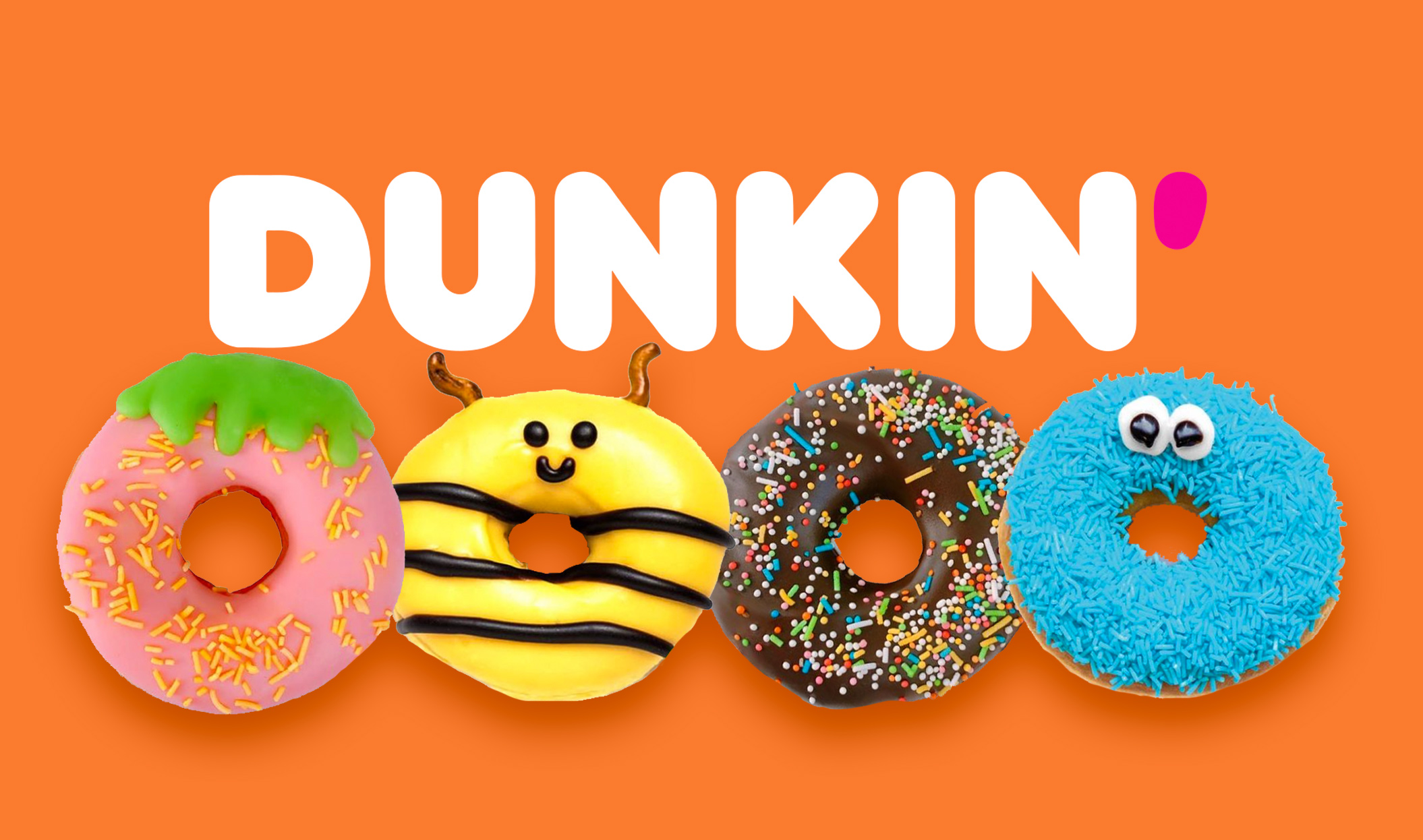 The vegan-friendly doughnut menu in Belgium doesn’t appear to indicate that the US will be getting something similar anytime soon. Dunkin’ CEO David Hoffman hinted that the chain has at least considered adding an option back in May 2020.

“As it relates to a vegan doughnut, we continue to investigate a viable vegan doughnut option. We are looking at it closely. You’re going to continue to see us put more consumer choice on the menu,” Hoffman said at a shareholder meeting. So, there’s still hope. All we can do now is wait.

How to order vegan at Dunkin’

As far as fast food goes, the plant-based options at Dunkin’ are limited, but it has experimented with vegan-friendly menu items that aren’t just plain bread in the past.

The chain launched Beyond Meat breakfast sausage patties, which included animal-based egg and cheese on an English muffin, in 2019 in response to a successful trial in New York City, one of its top markets. It could be made vegan by leaving off the egg and cheese. However, the chain quietly discontinued it in 2021, except for in 10 states: California, Arizona, New Mexico, Colorado, Missouri, Nebraska, Hawaii, Utah, Kansas, and Wyoming. VegNews has reached out to Dunkin’ to confirm if that’s still the case.

“We maintain a strong relationship with Beyond Meat and will continue to work together to explore innovative plant-based options to meet consumer demand for plant-based menu items,” Michelle King, Dunkin’s Head of Corporate Communications, told Insider at the time.

The chain launched avocado toast as well as hummus toast in late 2021, a welcome addition after the vegan-friendly breakfast sandwich was nixed, but those options have departed the doughnut purveyor’s menu, too. 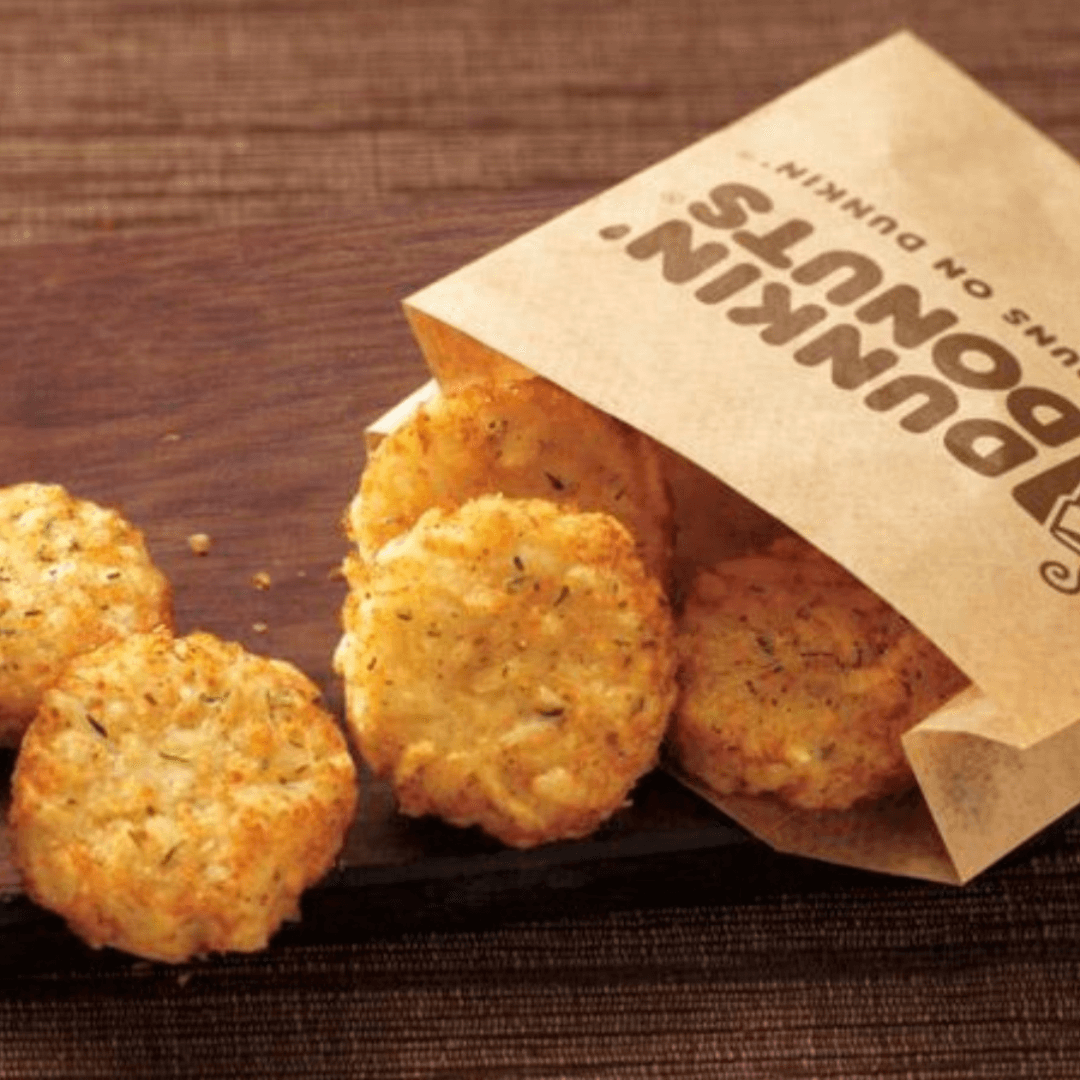 Dunkin’ doesn’t have much in the way of vegan food at the moment. Thankfully, you can still get avocado spread for the few vegan breakfast options that remain.

Order this rustic sourdough bread toasted and ask for it with a side of avocado.

This is a plain, classic, and unassuming English muffin. Since Dunkin’ doesn’t have dairy-free butter, we recommend sprucing it up with avocado unless you just need a quick fix of carbohydrates.

The plain, everything, cinnamon raisin, and sesame bagels are vegan. Remember to ask for avocado, to add some healthy fats to the savory flavors. Cinnamon raisin can stand on its own, though it would be nice with jam.

It would be tragic if the hash browns weren’t vegan. Thankfully, that’s not the case here. These potato patties are the perfect addition to the bagels or the English muffin. They would also be fantastic on their own or topped with avocado spread to add some healthy fats and calories.

Most of Dunkin’s syrups are vegan. These include the vanilla, hazelnut, toasted almond, blueberry, raspberry, Mocha Swirl, coconut, and Brown Sugar Cinnamon flavors. As for dairy-free milk, Dunkin’s got almond, coconut, or oat milk on the menu—so, take your pick.

All of Dunkin’s basic café drinks can be made vegan by asking for it to be made with plant-based milk. All of these can also be ordered over ice. Then, pick a syrup, or drink your caffeine concoction straight. 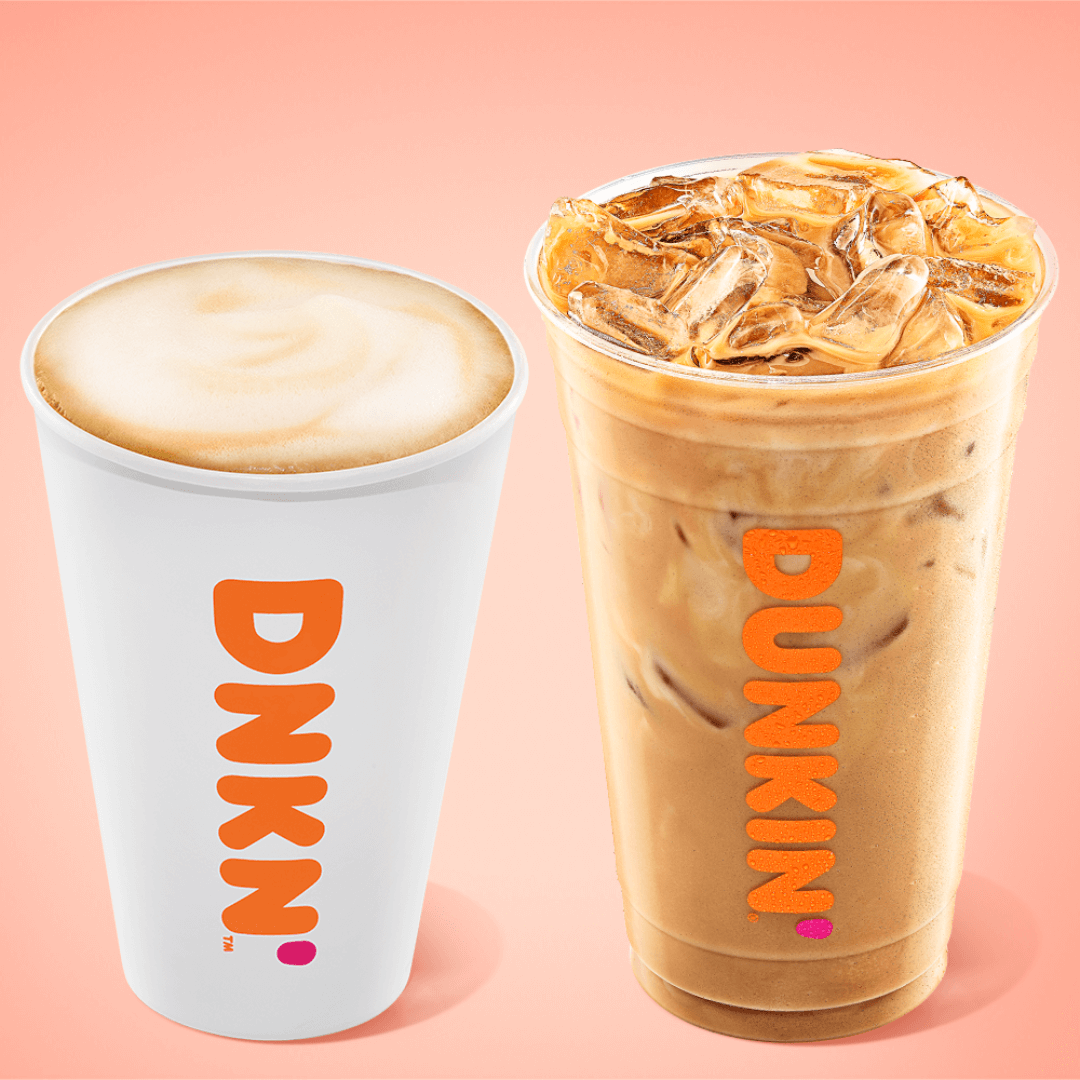 Your options for coffee and espresso drinks are: 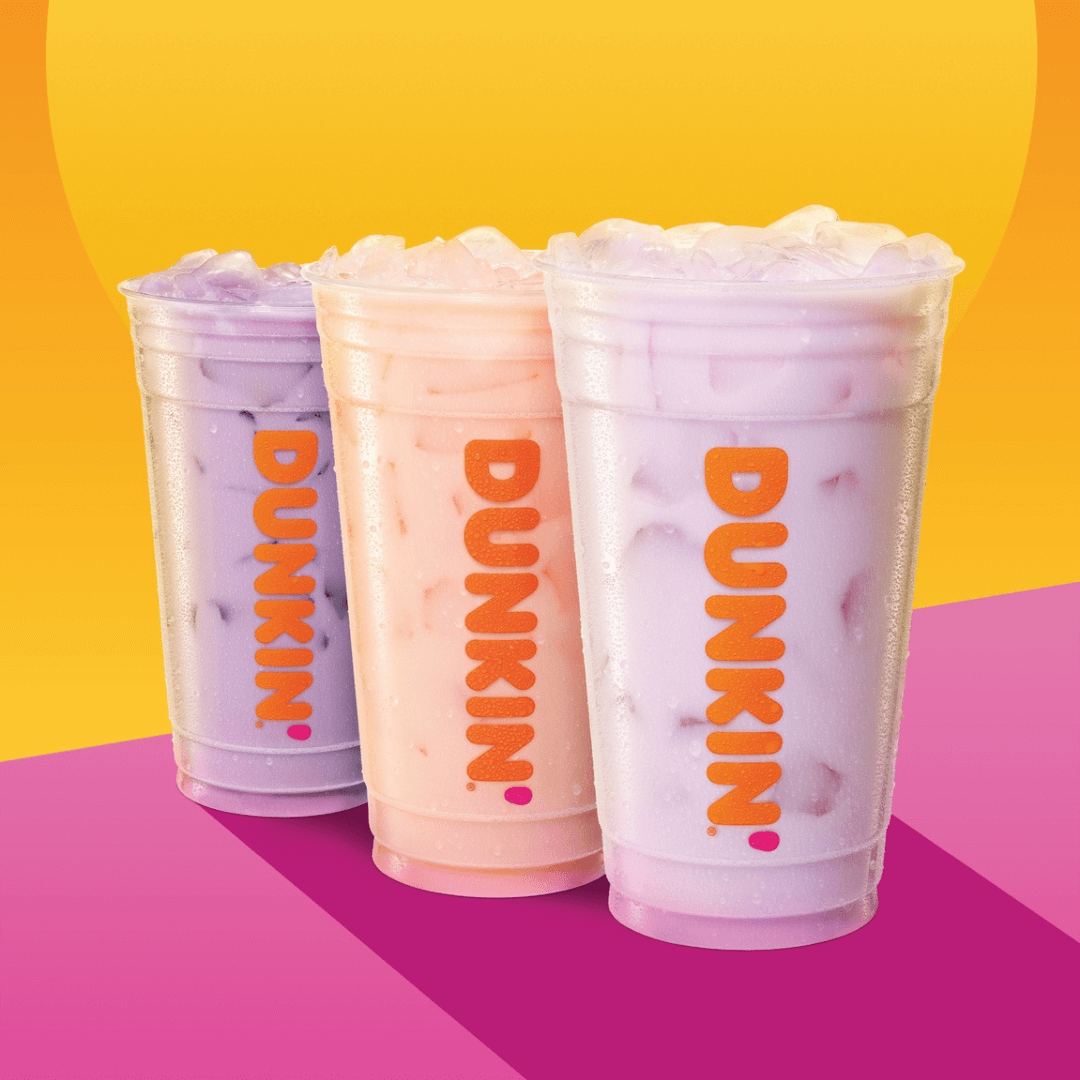 In addition to the usual coffee and espresso drinks, Dunkin’ makes up for its lack of plant-based food in beverages. For example, there are three versions of every Refresher, the chain’s chilled, fruit-infused green tea beverage: regular, coconut milk, and lemonade. While the frozen coffee isn’t vegan, you can get a Coolatta, a fruity chilled drink that’s sure to help cool you down on an offensively hot day.

The non-coffee drinks that are suitable for vegans include:

For now, these make up all of Dunkin’s vegan options. But, we’re always keeping an eye out for seasonal drinks and new, permanent additions to the food menu. This guide will be routinely updated with what’s available.