Fans of the hit FX/FXX adult animated series Archer may not recognize Amber Nash’s face, but they’ll certainly recognize her voice. Nash has brought Pam Poovey’s character to life since 2009, contributing to the ensemble that has garnered two primetime Emmy Awards and a Critics Choice Television Award for Best Animated Series. Whether you watch the show or not, there’s another reason to fangirl over Nash—she’s vegan and proud of it. She took time out of her recording schedule to chat with us about the best vegan eats in Atlanta, her favorite ways to use JUST Egg, and what really goes on behind the scenes of a voiceover set. 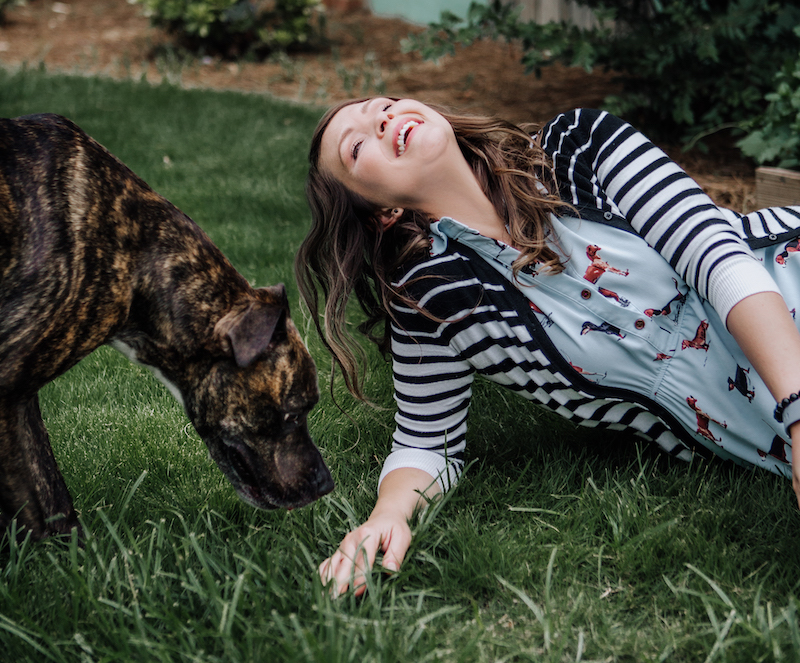 Getting into veganism and voiceovers

Nash didn’t start acting straight out of college, nor has she been vegan for all too long. While she quickly grew into her charm as a child and loved making others laugh, she didn’t drop everything and move to Hollywood to try and “make it,” as so many do. Nash earned a BS in Psychology from Georgia State University and started working at a wilderness camp for troubled youth. On a parallel timeline, she made a diet shift after moving out of her parent’s home when she was 19 years old. Inspired by the Hindu text Bhagavad Gita, she tried giving up meat for one week and was instantly “hooked” on the meat-free diet. A few years passed and she incorporated some fish back into her meals to combat an iron deficiency, dabbling with veganism for a few months here and there. It wasn’t until the beginning of 2020 that she made a firmer commitment to going plant-based, partly driven by her role as a Board Director at Project Chimps—a chimpanzee sanctuary in North Georgia. With compassion at the forefront of the nonprofit’s ethos, the organization follows vegan principles which gave Nash the push she needed to give veganism another try. Shortly thereafter, the pandemic hit.

“The pandemic reinforced my determination to rely less on animal products and to work to decrease animal suffering, especially given the fact that COVID-19 is a zoonotic virus that is a result of our over-dependence on and exploitation of animals.”
—Amber Nash

Throughout this journey to veganism, Nash decided to change gears and pursue acting full-time beginning in 2004. She started as an ensemble member at Dad’s Garage Theater in Atlanta, GA, where she eventually became the improv troupe’s education director and met her husband, Kevin Gillese. She booked some on-screen work but really hit her stride as a voiceover actress beginning with a role on Cartoon Network’s Adult Swim series, Frisky Dingo. In 2009, she landed her current role as Pam Poovey on Archer, and while that remains a constant in her life, she’s also worked on several other productions, including the lead role in an upcoming film, How to Ruin the Holidays, which will go into production later this year. 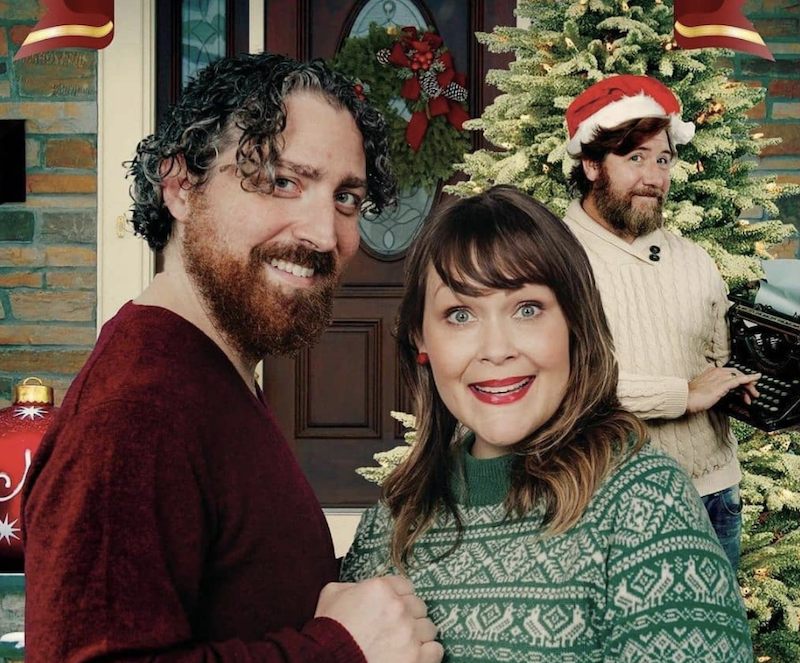 How Nash ruins the holidays

Not only will Nash take the lead in this new indie comedy, she’ll also serve as an executive director along with her husband who wrote the screenplay. Incidentally, the pandemic ruined Nash’s chance of establishing any vegan holiday traditions, but she let us in on how she and her husband made the most of their one vegan holiday season last year. As a self-declared Postmates-aholic, Nash ordered out at a nearby restaurant called Jen Chan and added holiday flare with a store-bought Tofurky. While unorthodox (whose holiday meals weren’t in 2020?), Nash declared it was delightful.

As an executive producer, we assumed Nash had some authority when it came to craft service on set. We had to ask if she was going to mandate a vegan spread for the Atlanta-based cast and crew. “I wish, but I’m afraid the crew and rest of the cast might revolt … it is the South, after all. We are really lucky that my husband Kevin … is bringing his Po Po (grandmother in Cantonese) down from Canada to help us with all the catering. It’s going to be amazing, she is an incredible cook and woman … I’m sure she will keep me very well fed vegan style, she loves a challenge,” Nash said. 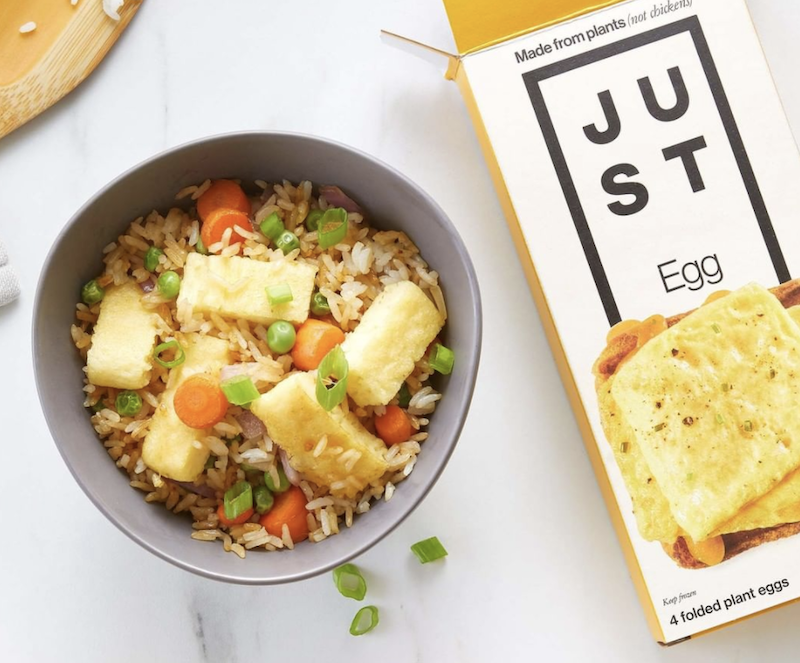 Gillese’s grandmother has played a significant role in Nash’s food preferences since the couple met in 2012. Nash is known for her love of congee—a rice porridge that serves as a staple in multiple Asian countries. Nash attributed her love and aptitude for cooking congee to Gillese’s Po Po. Like oatmeal, there are endless ways to prepare congee, but Nash shared the essential tips she’s learned over the years. “It’s all about the rice. You have to have the right jasmine rice. Also, you have to simmer it really low and slow for 90 minutes. It took me a few batches to get it right—it shouldn’t be pasty but it should be like a nice thick soup,” she said. If you try making your own congee, we suggest giving Nash’s favorite toppings a try: crispy tofu, peanuts, sesame, chili oil, and yau ja gwai—a savory Chinese doughnut stick.

Beyond congee, Nash is smitten with JUST Egg. For convenience sake, the folded variety is her jam, but she keeps a bottle of the liquid vegan egg on hand for omelets, quiches, and egg foo young stir-fried with shiitake mushrooms and bok choy. True to her Postmates-aholic self, she also gave us the dish on her go-to Atlanta vegan eats. “I love Ammazza—my husband and I are friends with the owner! I also, of course, love Slutty Vegan, Chi Chi Vegan Taco Shop, and the classic Soul Vegetarian. For a really wonderful fancy night out, I love Southern Belle … they do a vegan tasting menu that will blow your mind!” Nash raved.

Somewhat surprisingly, Nash never restricts or tailors her diet around her voiceover work, and we found that so refreshing.

“I really don’t [eat] anything different and don’t think about my voice health all that much. I think it’s because I do comedy and I’m like, ‘What’s the worst that can happen … my voice gets more character? Cool.’”

While peeking behind-the-scenes into her work, we also prompted her to share a bit more about the role of a voiceover artist. “You don’t have to memorize your lines and that is awesome! I am in the booth reading alone and we record our lines before any animation is done, so we don’t have to sync our voices to the characters like you’ll see sometimes with movie voiceover. We can read with other people sometimes, like the director or a producer, if the scene needs specific timing. And the more you move the better, you can hear all that in the voice performance rather than a static person just standing behind a mic. It’s a full-body job just like regular acting.” Think of that the next time you watch Archer.