Justin Fields, the 23-year-old starting quarterback for the Chicago Bears, now in his second season in the NFL, is fueling his career with a plant-based diet. Fields isn’t the first professional football player to adopt a plant-based diet; in fact, he’s one of many. Fields joins the ranks of Cam Newton, Derrick Morgan, and Tom Brady, who all unlocked a bit more of their athletic potential through a predominantly plant-based lifestyle. We caught up with Fields in between games to learn more about his decision to become a plant-based pro and what he eats to sustain the demands of an NFL quarterback.

Up for a challenge

When Fields’ sister brought a 28-day plant-based challenge up to the family in 2020, Fields joined in. At the time, he played for Ohio State, and he soon noticed a difference in his performance. “I just felt so good that I wanted to see how it made me feel while I was playing. I realized I felt lighter and faster overall after going plant-based,” Fields recalls. 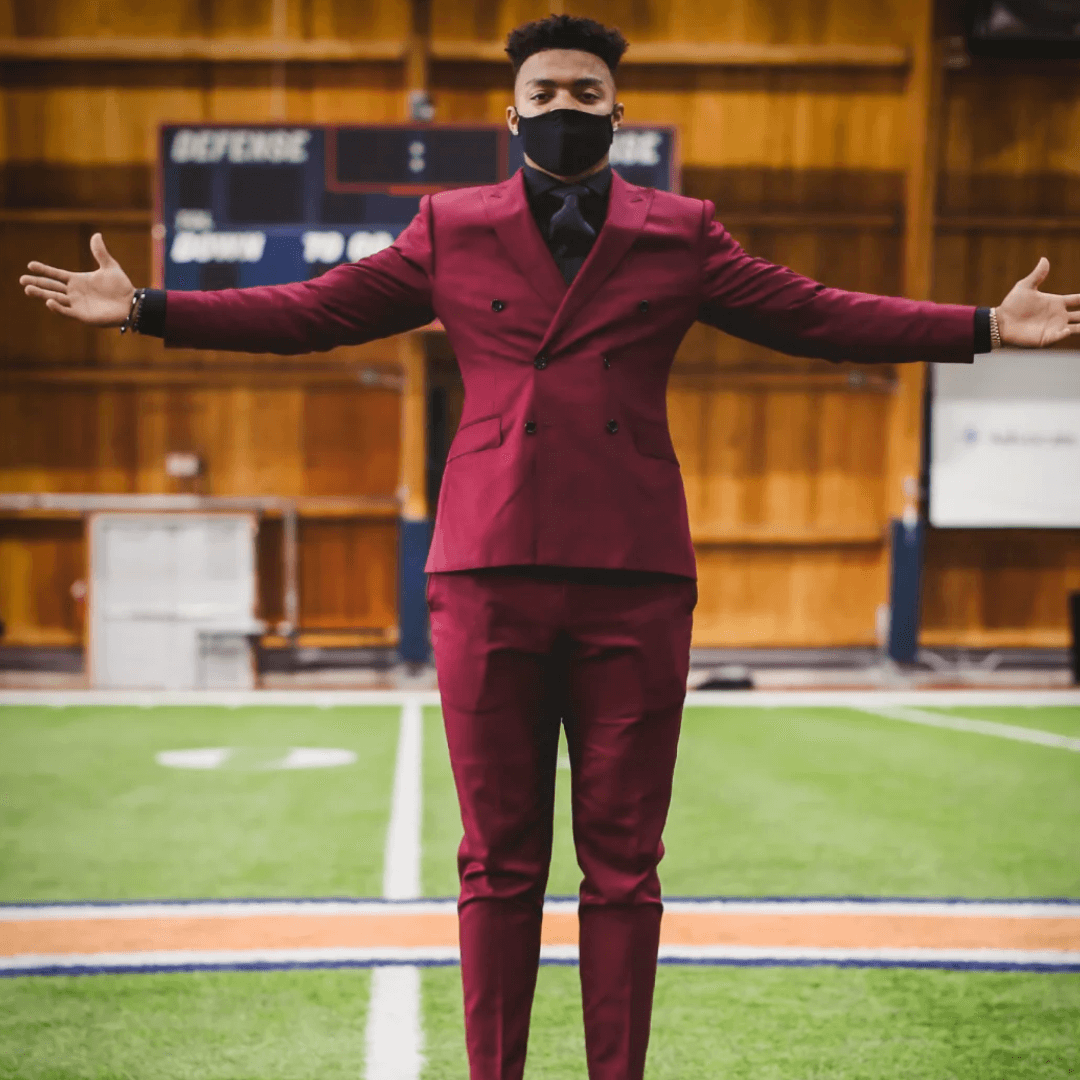 While his family didn’t maintain strictly vegan eating habits, Fields leaned into the diet. Not only did he adopt a fully plant-based diet, he started to become more intentional about the foods he ate. “Eating late-night fast food is not an option anymore,” he says. “Football can be hard on the body, and I want to play this game as long as possible.”

Former linebacker Derrick Morgan held on to a nine-year NFL stint with the Tennessee Titans. The pro adopted a plant-based diet seven years into his career after struggling with weight issues and chronic inflammation. “My energy, my sleep, my mental clarity were things that I noticed within the first few weeks [of going vegan]. The other thing I noticed was I lost about four percent body fat,” Morgan told nonprofit Switch4Good in a 2022 interview.

Football is a physically demanding sport—not only in the fitness sense but also in the high risk of injury. Vegan food won’t protect anyone from being sacked by a 300-pound defensive tackle, but it can help to improve energy and speed up recovery, whether that be from hard training or an injury.

We asked Fields what his go-to foods were—foods that reliably make him feel strong, capable, and energized. Besides coffee (he’s a big fan of cold brew), he stands by his concoction of oats that he eats pre-workout.

“One of my favorite pre-workout meals is oats, fruits, seeds, and nut butter. It’s easy to change up with different fruits and easy to do hot or cold depending on what I am in the mood for at the time. It’s a great balance of carbs, fat, fiber, and protein,” Fields explains.

After training or after a game, Fields finds that a protein shake is the easiest solution. He swears by OWYN Pro Elite High Protein Shakes which come in Chocolate, Vanilla, and No Nut Buttercup flavors. With 35 grams of plant-based protein, these single-serve beverages pack in a punch of much-needed nutrition after a grueling day of play. Later in the day when he’s ready for a full meal, Fields gravitates to Beyond Burgers to celebrate post-game. This year, he joined the burger brand’s official roster of professional and former athletes, including the Phoenix Suns’ point guard Chris Paul, retired LA Laker Nick Young, and Belgian soccer player Romelu Lukaku.

How does this plant-based regimen make him feel? “More than anything, I just love the way my stomach feels and how much more energy I always feel like I have. I wake up easier now with lots of energy, which tells me I’m sleeping better,” Fields says.

“There are not too many guys in the league on a plant-based diet, but it is for sure possible,” Fields says. One of his go-to staples is Chipotle’s bowls—an easy, affordable dish that most people have access to. He’s also excited that buffalo cauliflower has become a restaurant trend, as it’s “one of my favorite snacks in the world,” Fields says. And what can be more universal than the love of pizza? He dreams of someday opening his own vegan deep-dish pizza joint in Chicago. 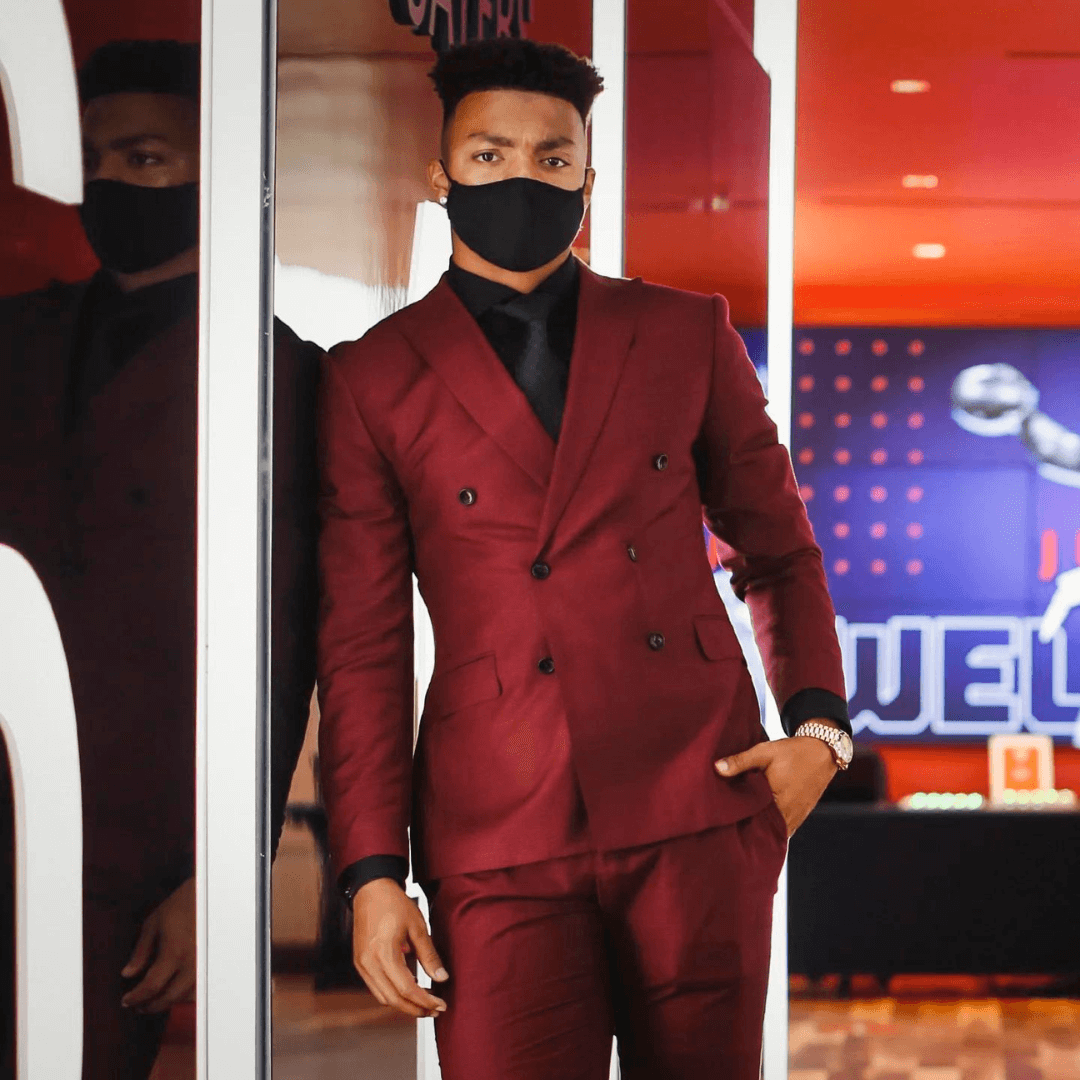 “Pizza is a huge deal here in Chicago and something that I want to be able to eat and be a part of as well. Of course, we’d have to do the classic Chicago deep-dish style,” he says.

Until his restaurant dreams come true, one of his go-to’s at home is admittedly “fairly basic”. “My favorite meal to make at home is probably vegan pizza with the premade crust and some vegan pepperoni,” he says.

While the season is ongoing, Fields is balancing training, games, and sleep with spreading the plant-based word through his partnerships on social media. For more on what Fields is eating, follow him on Instagram.