Here at VegNews, we make it our job to be on top of the newest products, the must-try sweets, the gotta-have-it items. And just as important as it is to know what those new items are, we want to share them with you, so that you can be the most current conscious consumer out there. So we present to you the VegNews Guides, a series of lists dedicated to the things vegans love most—wine included. Below is an up-to-date, ever-expanding roster of the vegan wines offered nationwide.

“Can vegans drink wine?” If you’ve ever asked that age-old question then you’ll be happy to know that the answer is a resounding “yes.” But before you head out the door to pick up a bottle of Chardonnay to go with dinner, know that not all wines are free from animal products.

We can hear your question now: if not all wine is suitable for vegans, then what, exactly, makes a wine not vegan? To clear the air, some wine is processed using animal products, such as isinglass, which is the dried swim bladder of a fish. To better understand the why, let’s get into how wine is made.

As you probably already know, wine is made from grapes, and many types are named after the principal varietal used, including Cabernet Sauvignon, Zinfandel, and Pinot Noir. (Fun fact: wine named after the main grape it’s made from is called “New World” wine. When wine gets its name from its region of origin, like Burgundy or Bourdeaux, it’s an “Old World” wine.) Naming aside, wine isn’t made from the kind of grapes that you can buy at the grocery store. Wine grapes are small and sweet with thick skins as well as seeds.

Making wine starts at the vineyard. Some grapes are harvested by hand, others by machine. In warmer climates, the fruit might be harvested at night while cooler regions gather during the day. On top of that, some wineries harvest earlier, resulting in a drink that’s more tart, while others prefer riper, sweeter grapes. The flavor, aroma, acidity, and body of wine are also impacted by the climate in addition to a multitude of factors, like alcohol level, aging, and residual sugars. It’s no wonder why understanding wine can be such an undertaking.

After grapes are harvested, they’re destemmed, sorted, and crushed to extract the juice. If white wine is being made, the skins and seeds are separated from the grape. But for reds, oranges, and rosés, the grapes are only lightly crushed and the skins and seeds are left for varying periods of time. Up next comes fermentation, the magic step where the sugar in juice converts into alcohol. Then, it’s aged, sometimes for up to 24 months. So far, no animal products. 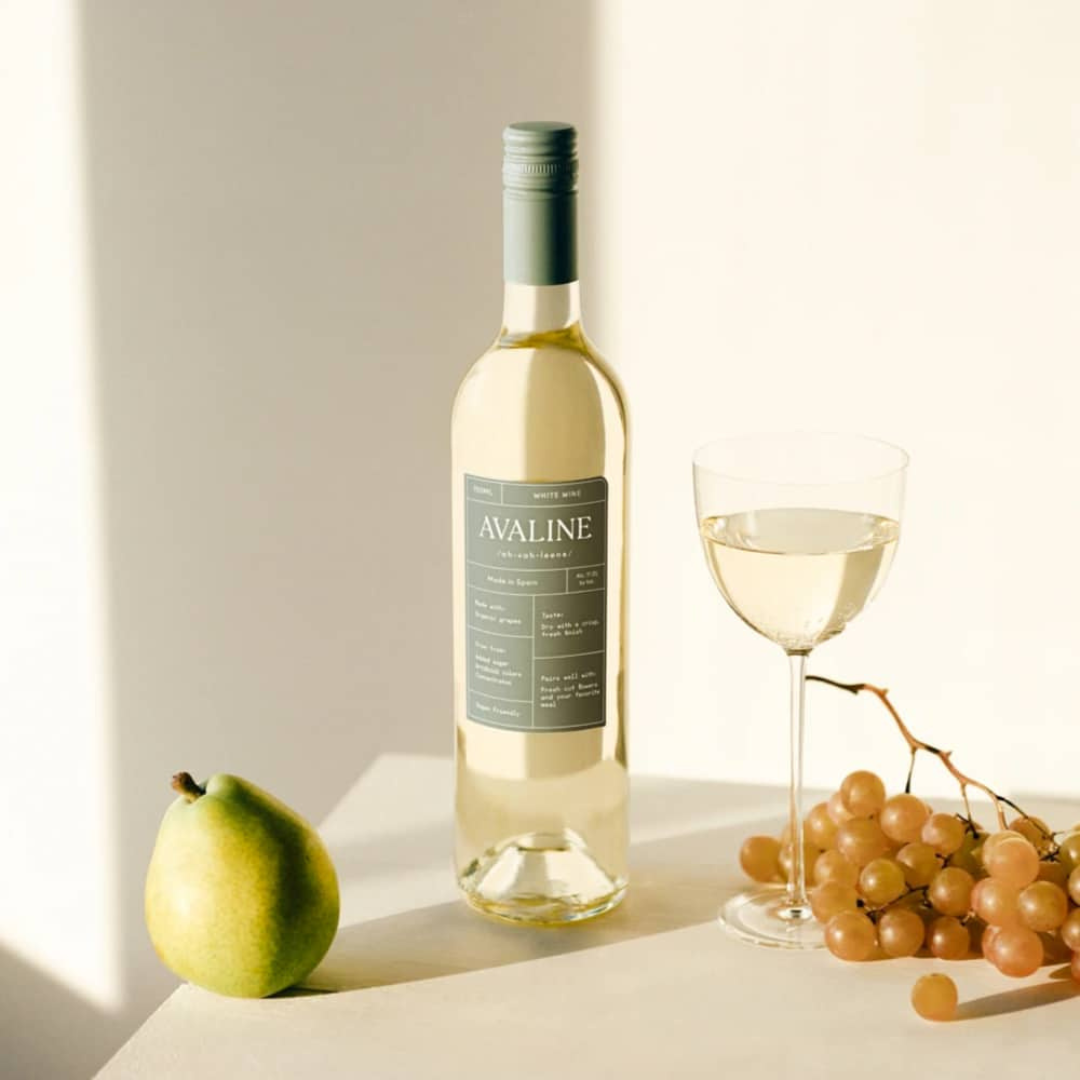 What is vegan wine?

Before the wine is bottled, many wineries fine their wine, a clarification process that removes particles—tannins and proteins—from the wine, resulting in a clearer, less astringent beverage. This is where animal products come in.

Some wineries filter the final product with isinglass while others use egg whites, casein (milk protein), or chitosan, which comes from shrimp shells. (But, it can also come from green algae or a fungus called Aspergillus niger.) It used to be the case that oxblood was used, but thankfully, that’s no longer the common practice.

The fining agents are removed before the wine is bottled, so if you’ve ever drank a wine that wasn’t labeled “vegan,” you haven’t inadvertently consumed an animal product. But, wine filtered this way still isn’t considered vegan because these byproducts were used in the process. And, wineries aren’t required to disclose their use of them on the label.

Thankfully, vegan wines, which are filtered without animal products, are becoming more common. Some wineries are more hands-off and skip the final filtration step. Others make a conscious decision to choose an animal-free alternative, such as ceramic filters and bentonite clay. More and more brands are also labeling their wines as “vegan” on the bottle.

Organic, biodynamic, and clean wines aren’t necessarily vegan. Organic wine is made from grapes grown without prohibited synthetic fertilizers and pesticides and is free from sulfites, but the final product may be fined using animal products.

Biodynamic wine doesn’t contain added chemicals or yeast, which is used to aid in the fermentation process. But, most of the “biodynamic” part of the label happens in the vineyard. The biodynamic farming movement takes a holistic approach to agriculture in that every part of the process feeds into the next, and many of these practices are regenerative, which means that they help to improve the land over time.

Biodynamic farms don’t use chemical fertilizers or pesticides, in order to keep the soil healthy, and farm animals live on the land to fertilize it. Another practice is the use of cow horn manure. This involves stuffing cow horns with manure and burying it in the ground for the winter. It’s later dug up and then the compost is scattered throughout the farm. The horns come from a lactating cow and this step is considered a necessary step in biodynamic farming. Because of this, biodynamic wine isn’t considered vegan. 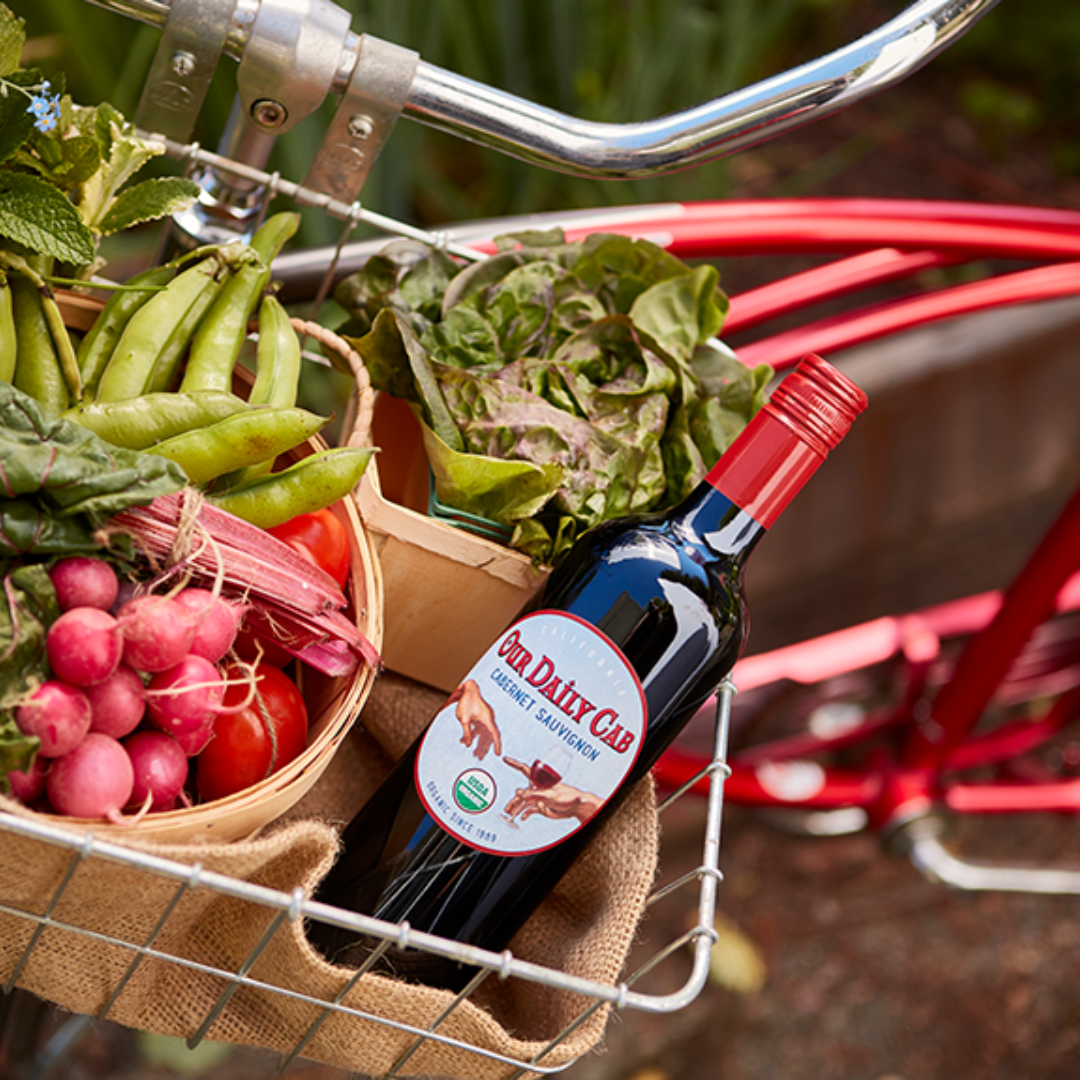 Clean or “natural” wines are typically made from grapes grown with no synthetic pesticides and contain no added sugar, sulfites, or preservatives. Many are vegan, organic, and made from sustainably-harvested grapes. But, keep in mind that unlike “organic,” the term “clean” is unregulated by the government. It’s a marketing term that projects a misleading aura of wellness. For example, some clean brands might claim that you won’t get a wine headache due to the absence of sulfites. But, it’s widely accepted that sulfites in wine don’t cause headaches.

Don’t let that dissuade you from drinking clean wine. Many clean wine brands are 100-percent vegan and make delicious varieties to sip on. The bottom line is, that you deserve to be informed when making decisions as a consumer, from hidden animal products to decoding marketing terminology. Remember: alcohol is still alcohol, even when it’s labeled clean, and it should be enjoyed in moderation. 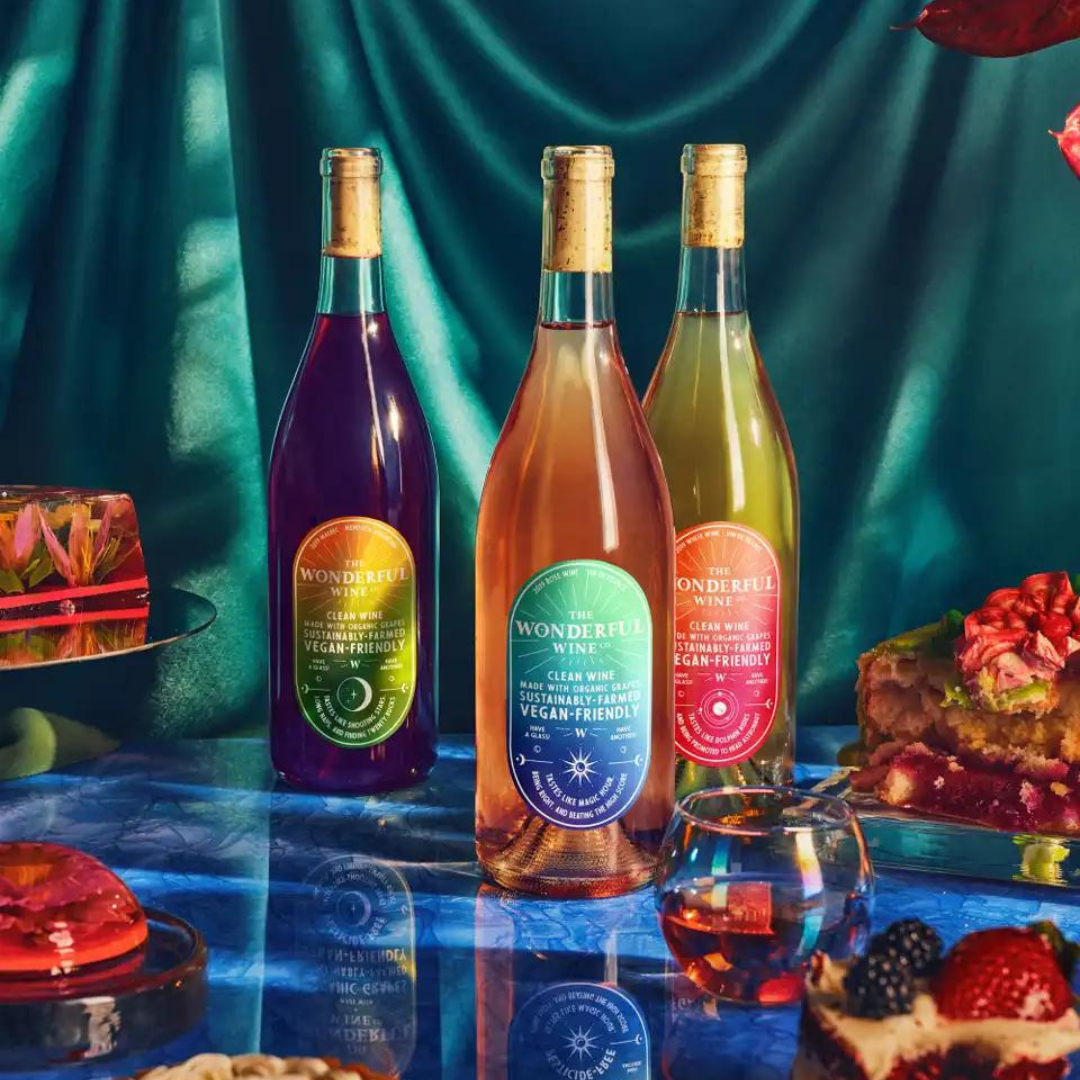 How to find vegan wine

Looking for vegan wine? Below is an up-to-date, ever-expanding roster of the vegan wines offered nationwide.

A collection of both popular and rare vegan wines hand selected by an expert wine staff.

Need more up-to-date info? Check out our other VegGuides!