British chef and television host Nigella Lawson has learned a thing or two about food during her 40 years in the culinary industry. Most recently, she has discovered some vegan myths that she is working to dispel.

The best-selling author recently appeared on a cooking segment on Good Morning America to promote her new book Cook, Eat, Repeat and shared a recipe for vegan gingerbread. Before sharing the recipe—which Lawson says is a holiday favorite—she kicked off the segment by explaining that vegan desserts can be just as indulgent as their traditional counterparts. 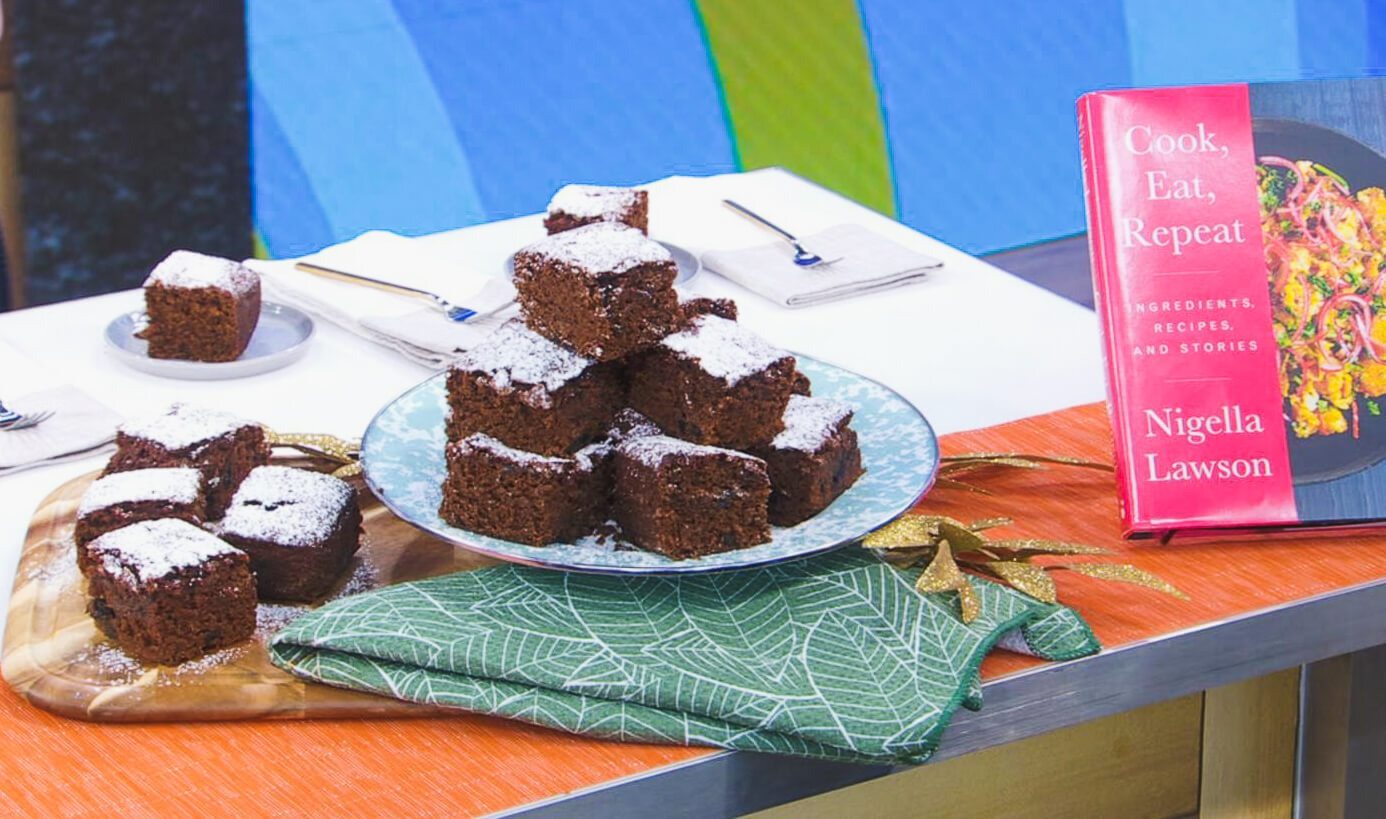 “It’s not regular gingerbread,” Lawson says. “I call it ‘luscious vegan gingerbread.’ And I call it that because … people often have this inaccurate idea that vegan means unworthy rather than delicious. This [gingerbread] is so gorgeous and it means that more people can enjoy it so I love that.”

How do you make Lawson’s “luscious” vegan gingerbread? “It’s so easy,” Lawson says. “There’s quite a few ingredients but this is how easy it is.”

She starts with the wet ingredients, which include vegetable oil, molasses, and Lyle Syrup (a British brand of syrup that Lawson says can be swapped with dark corn syrup).

“I like gingerbread to have a slight savage intensity. I don’t just want it to be all sweet,” Lawson says about this choice of ingredients.

After melting these together, Lawson reduces the heat and adds brown sugar, prunes (for flavor and structure in place of eggs), a hefty dose of ginger, cinnamon, allspice, cloves, salt, and (intriguingly) pepper.

After this mixture comes together, Lawson adds oat milk, which she prefers for this recipe over almond milk to help everything “stick” together because “without eggs, it’s a useful thing,” she says.

Another tip? Lawson doesn’t use a whisk to combine the ingredients for the purpose of keeping her gingerbread dense.

At this stage, she incorporates flour and, as a last step, adds baking soda dissolved in water and apple cider vinegar, which she says gives the dough some “oomph” to completely replace eggs. After baking, Lawson likes to top her gingerbread with powdered sugar or pomegranate seeds.

“If you can make yourself wait a day, all dense cakes are better when left a bit,” Lawson shares about how best to consume the vegan gingerbread.

Did Nigella Lawson change her mind about veganism?

Given her expertise in replacing eggs with the likes of prunes and oat milk, the question arises if the British chef might be vegan. And the answer is complicated. 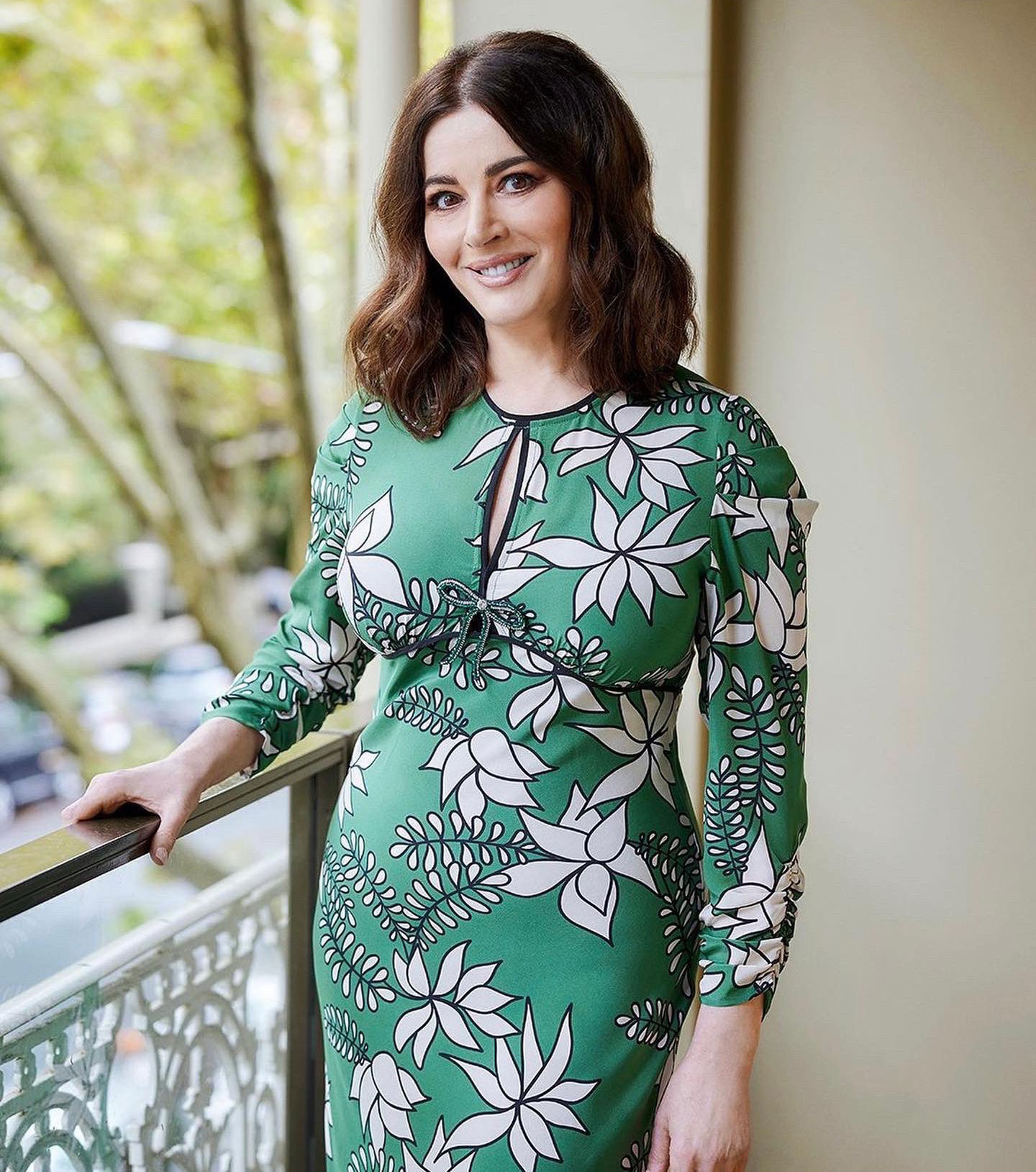 Last year, Lawson gave an interview to British outlet The Sunday Times in which she described her attempt to follow a plant-based diet for two weeks. “I cracked on a vegan diet,” she said, adding that she felt like she needed eggs and other animal products.

In response to the backlash she received after the interview, Lawson took to Twitter. “I just want to say, concerning the quote published in the ST, I actually completely get the point of veganism,” she tweeted. “And while I admire those who can follow a vegan diet. I don’t see the point in making going vegan the only commendable change.”

Now that Lawson has cracked the code to replacing eggs in baking, maybe cracking on a plant-based diet is a thing of the past? 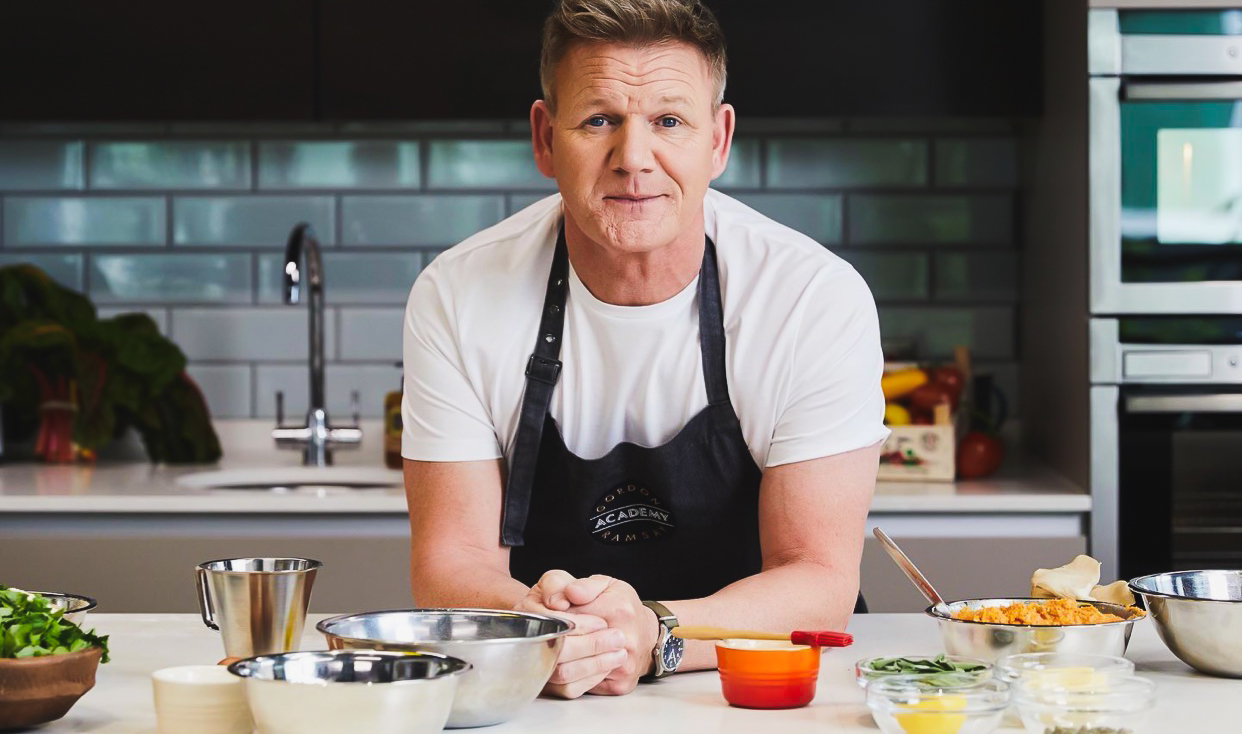 Fellow Brit Gordon Ramsay was previously a staunch critic of veganism, once saying that he was allergic to vegans. However, as the plant-based movement has continued to grow, Ramsay has completely changed his viewpoints and restaurant menus to embrace plant-based fare.

In recent years, Ramsay has added indulgent plant-based burgers, beet Wellingtons, and more to his restaurants worldwide; shared recipes for vegan bacon online; and welcomed vegan contestants and recipes to his shows, including MasterChef and Hell’s Kitchen. The former vegan critic even appeared in a campaign for Silk’s vegan milk.

And like Lawson’s desire to dispel myths about vegan food, Ramsay also went to bat for veganism back in 2019 against cynical television host Piers Morgan. After Ramsay tweeted a photo of a vegan Sunday Roast, Morgan—who also previously criticsized Gregg’s vegan sausage rolls—commented with some choice words. “Oh, for f*ck’s sake, Ramsay … not you, as well?,” the ousted host of Good Morning Britain wrote. “This looks utterly revolting.”

Shortly thereafter, Ramsay appeared on The Late Late Show with James Cordon to defend veganism. “So, Piers Morgan is now a food critic? Go and f*ck yourself,” Ramsay said on the show. “Here’s the thing … veganism is on the rise and we ought to adapt and yeah, eat a slice of humble pie.” Or maybe a slice of Lawson’s vegan gingerbread?