This is not the first time the chocolatier has launched vegan items. Lindt first got into the vegan milk chocolate game last year with a three-flavor line under its HELLO collection available in Germany and the UK. The bars, also made with oat milk, include Cookie, Salted Caramel, and Hazelnut flavors. The new Lindt Classic Recipe bars will launch early next year in United Kingdom-based supermarket chain Sainsbury’s and other popular grocery retailers, as well as on Amazon, in Lindt chocolate shops, and online.

Lindt is among a growing number of major chocolate companies that are developing vegan milk chocolate. Though many confectionary brands have offered vegan dark chocolate bars that exclude dairy milk as an ingredient, major brands are now making use of a variety of plants such as oats, hazelnuts, and rice to create vegan milk chocolate. 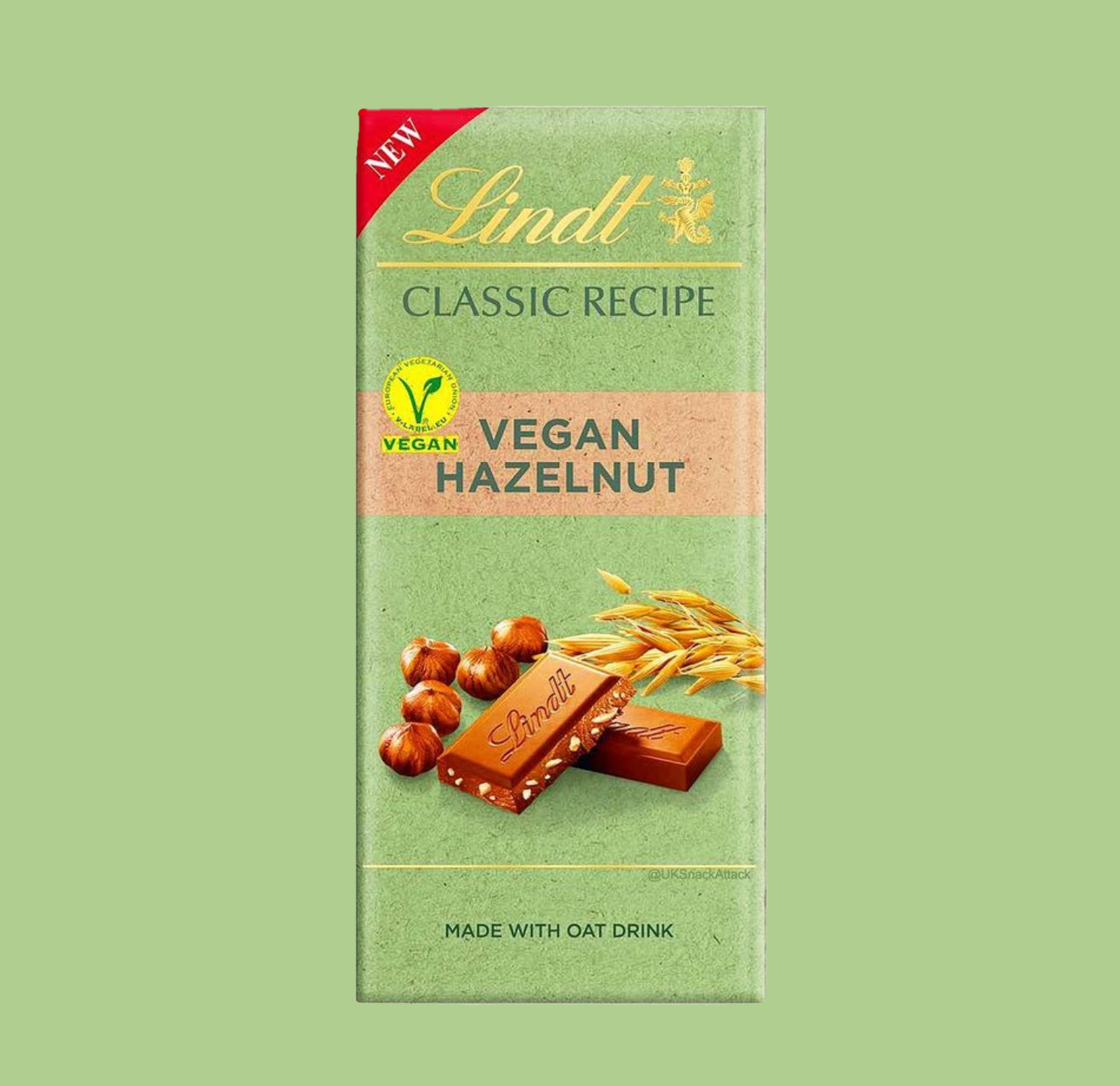 All the vegan milk chocolate

In recent years, nearly every chocolate giant in the UK has launched vegan milk chocolate options. In 2019, after six months of research and development, confectionary company Mars debuted its first vegan milk chocolate Galaxy line. The bars are made with hazelnut paste and rice syrup instead of dairy milk and come in Smooth Orange, Caramel & Sea Salt, and Caramelized Hazelnut flavors.

This year, Nestlé debuted a vegan version of its iconic KitKat bar made with rice milk in the UK, Poland, Estonia, Latvia, Lithuania, Australia, and Brazil. “Our challenge when we set out to create a vegan-friendly KitKat was to recreate this iconic product using plant-based alternatives,” Louise Barrett, Head of the Nestlé Confectionery Product Technology Center in York, said in a statement. “To achieve this, we worked very hard to get the right balance between the milk alternative and the cocoa. The result is a vegan chocolate that we’re very proud of, and I hope all KitKat fans will love it as much as we do.”

British multinational confectionery company Cadbury also launched its first line of vegan chocolate bars in the UK this year. Made with almond paste in place of dairy, the Cadbury Plant Bars come in two flavors: Smooth Chocolate and Salted Caramel.

For more about vegan milk chocolate, read:
The VegNews Guide to Vegan Chocolate