Musical artist Harry Styles just launched Pleasing, a vegan beauty brand that embodies Styles’ non-binary approach to fashion and outlook on life. The initial launch is focused on nail polish, a starting point for Styles given his love of nail art as a form of self-expression. “It’s starting with nail polish because that was kind of the birth of what it was for,” Styles told Dazed in an interview for its Winter 2021 cover story. “Me seeing a color on a flower or a wallpaper or something and thinking, ‘Oh, I wanna put that on my nails.” Styles’ nail concept is meant to promote creativity with luminescent polishes that can be layered to create a multitude of looks. 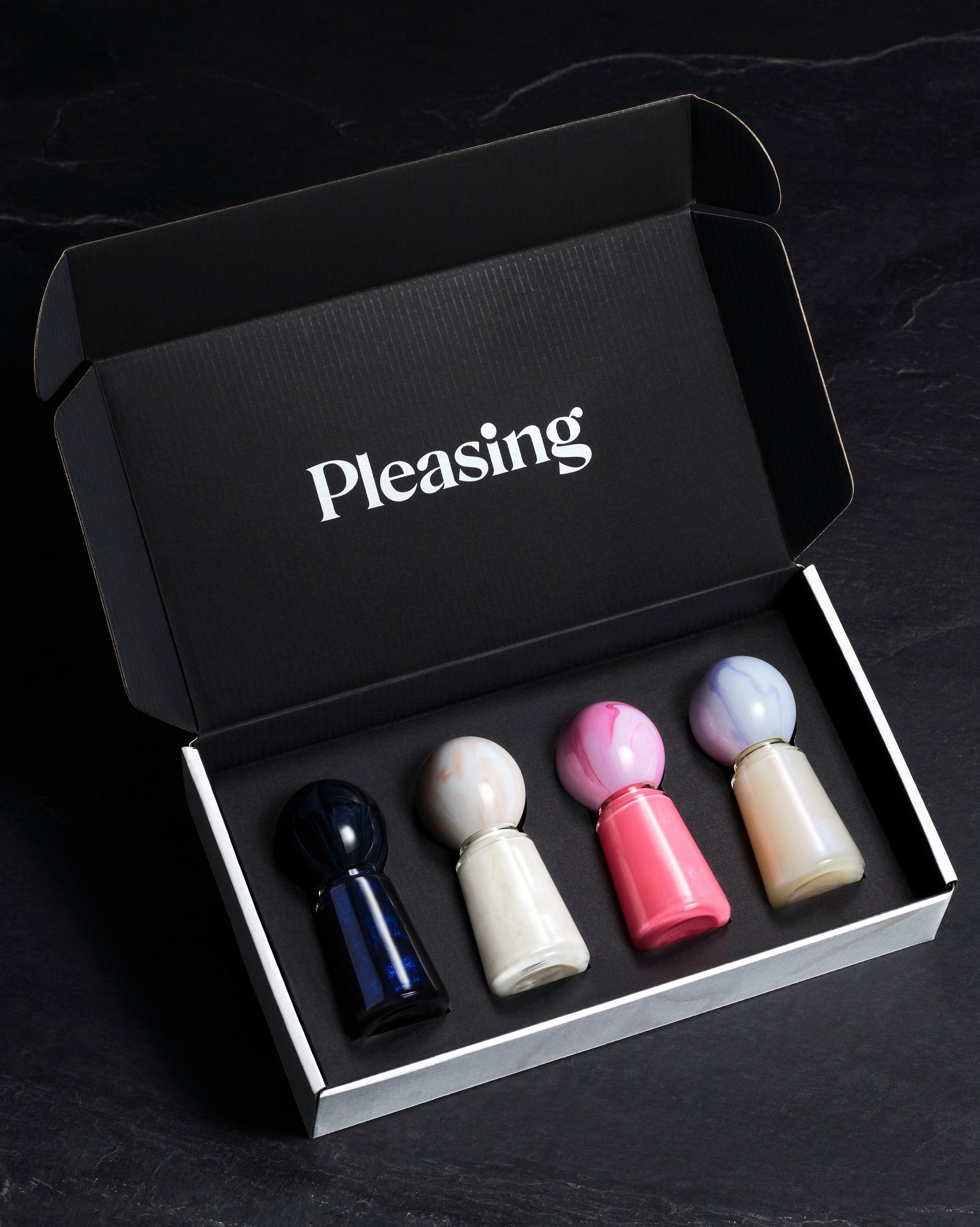 The nail collection features Pearly Tops ($20) polish designed to provide a “barely there” effect on its own or it can be used as a top coat to give polish a matte finish with a touch of luminescence; the Perfect Pearl Polish ($20) which is meant to either be worn on its own, enhanced with included alphabet sticker decals, or over and under other shades; and The Perfect Polish Set ($65), which contains both aforementioned products plus a “granny” pink and “inky” blue/black nail polish hues for endless customization.

The mission of the company is to highlight life’s beautiful moments. “I don’t think being beautiful or feeling beautiful is about looking good,” Styles said. “When people are happy and glowing, they’re radiating. And that’s what I think the products do, it’s about helping you feel beautiful.”

In addition to being vegan, all Pleasing products are packed in recycled plastics and compostable paper. The first drop of Styles’ Pleasing collection—which also includes The Pearlescent Illuminating Serum and The Pleasing Pen (a lip/under eye rollerball serum pen)—is available for pre-order and will begin shipping globally on November 29. 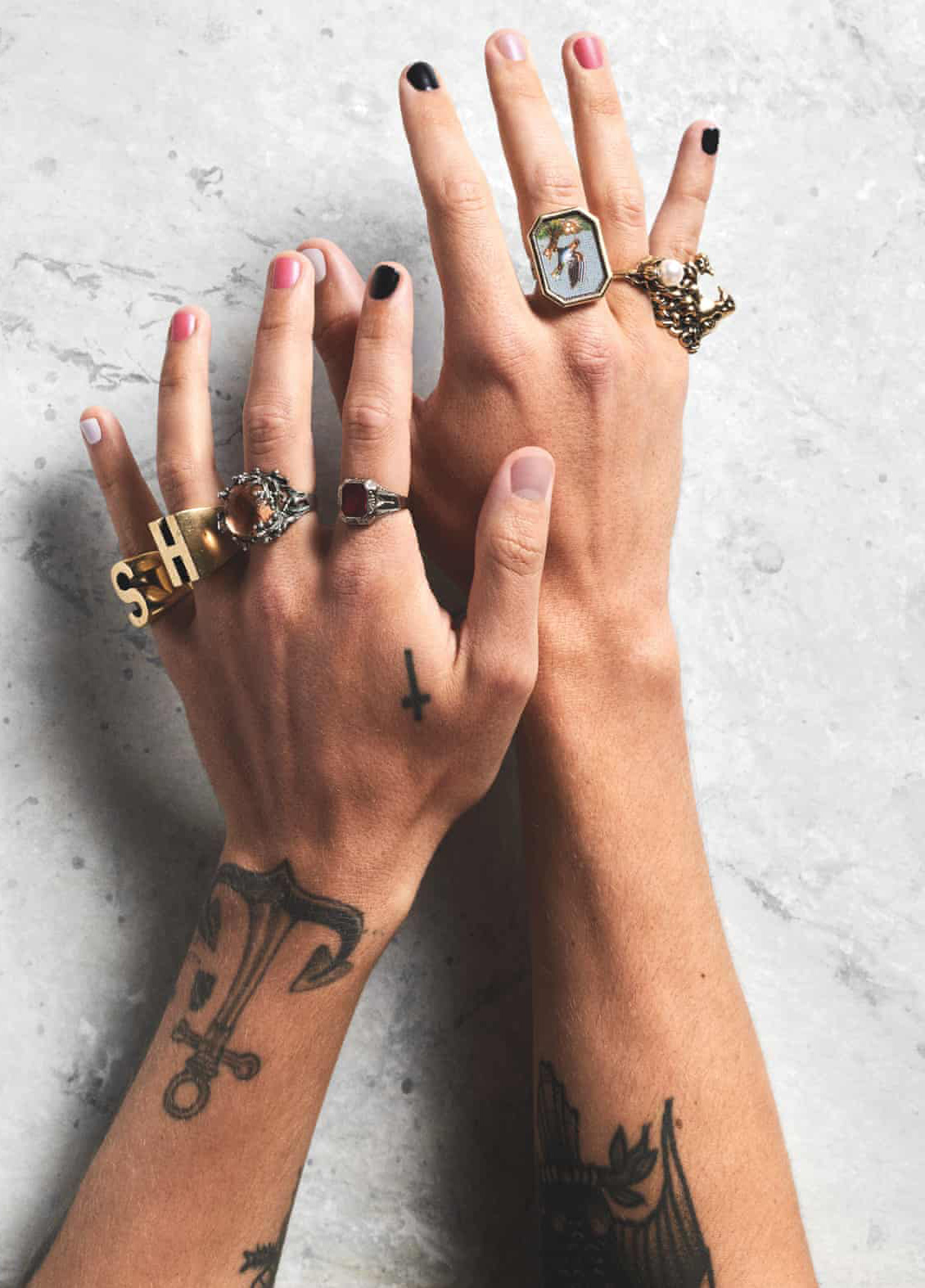 While Styles’ beauty brand is vegan, the music icon has yet to fully make the transition. Last year, Styles publicly announced that he no longer eats meat during an interview after his NPR Tiny Desk concert. After he was asked whether he ordered “horse collars” (large sausages) at Green Bay Packers games, Styles said: “I did not. I don’t eat meat. Yeah. No horse collar for me. There’s no veggie horse collar, which is a shame. But it’s probably coming.”

While the musician is decidedly not vegan—as he mentioned he is “a big fan of cheese” during the same interview—Styles supports initiatives to fight for animal rights. In 2015, Styles spoke out against the cruelty behind SeaWorld’s exploitation of marine animals for entertainment and called for a boycott of the park during a One Direction concert.

During a 2018 concert, Styles played a trick on his opening act, vegan musician Mabel McVey. The British singer respected her lifestyle by choosing to playfully throw a vegan cream pie in her face after covering her in Silly String.

With the launch of Pleasing, Styles joins some of the world’s largest musical artists in the vegan beauty industry. Back in 2019, Lady Gaga launched Haus Laboratories, a vegan makeup brand she created in partnership with her makeup artist Laura Tanno. The collection initially featured Glam Attack liquid shimmer powders, Le Riot high-shine lip glosses, and RIP ultra-pigmented lip liners, which were all first available on Amazon in an effort to make the vegan beauty brand accessible to all.

Last year, actress and musician Selena Gomez got into the vegan beauty business with the launch of Rare Beauty at Sephora. Her brand is all about inclusivity, embracing natural beauty, and fostering mental health. To that end, Gomez launched the Rare Impact Fund with the goal of donating one percent of the beauty brand’s annual sales to raise $100 million over the next 10 years to help increase access to mental health resources. 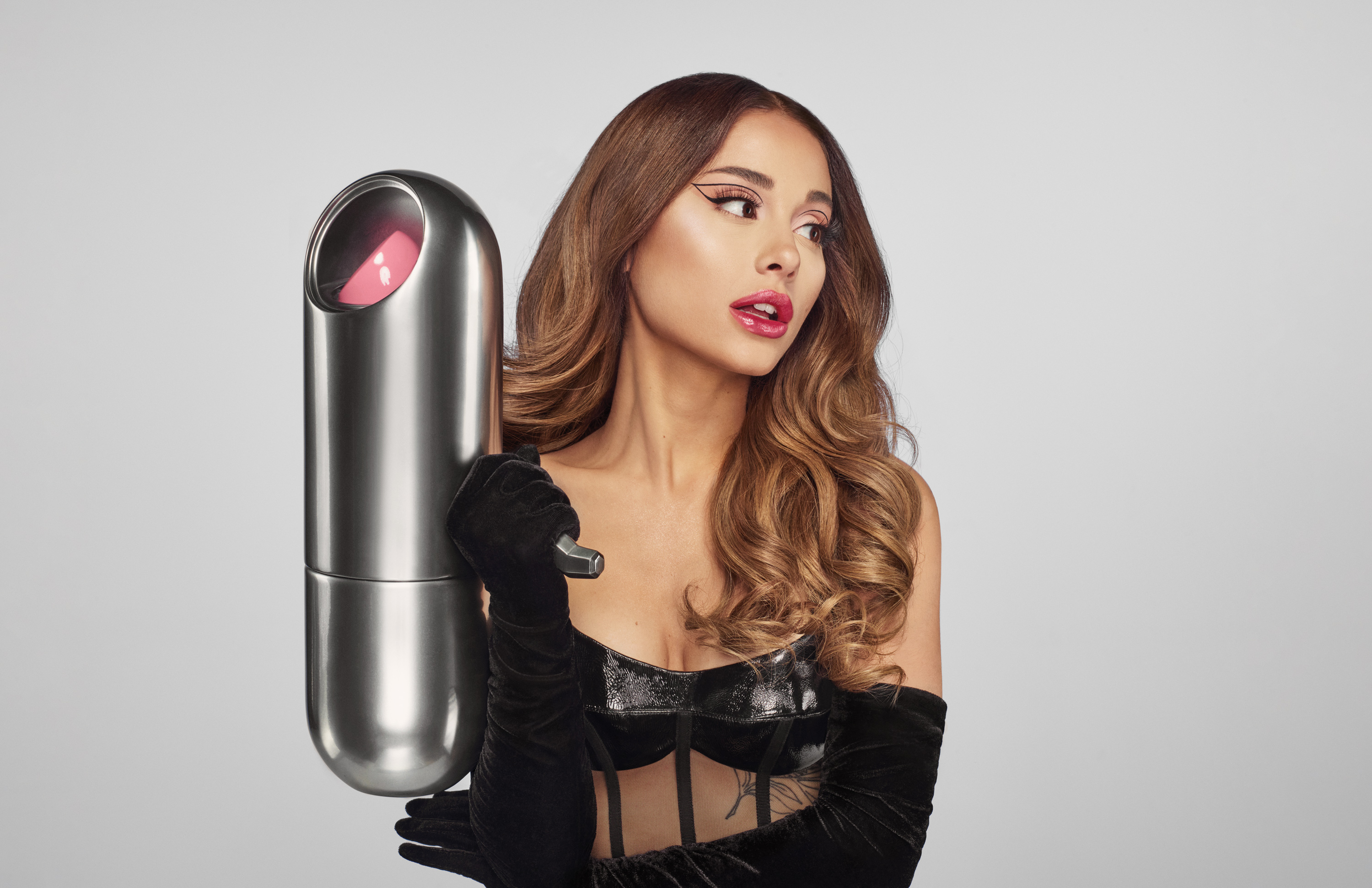 10 Colorful, Vegan, and Cruelty-Free Makeup Products to Wear All Summer