Food delivery is no longer restricted by zip code. Today, anyone with a credit card can satisfy their craving for a specific vegan pizza prepared on the other side of the country, or a plant-based apple pie made in a bakery several states away. Some businesses choose to run their own shipping, while others rely on third-party services such as Goldbelly—a national shipping site dedicated to the transport of the most indulgent, mouthwatering eats. We scanned the drool-worthy selection to find the best sweet and savory vegan options from coast to coast. 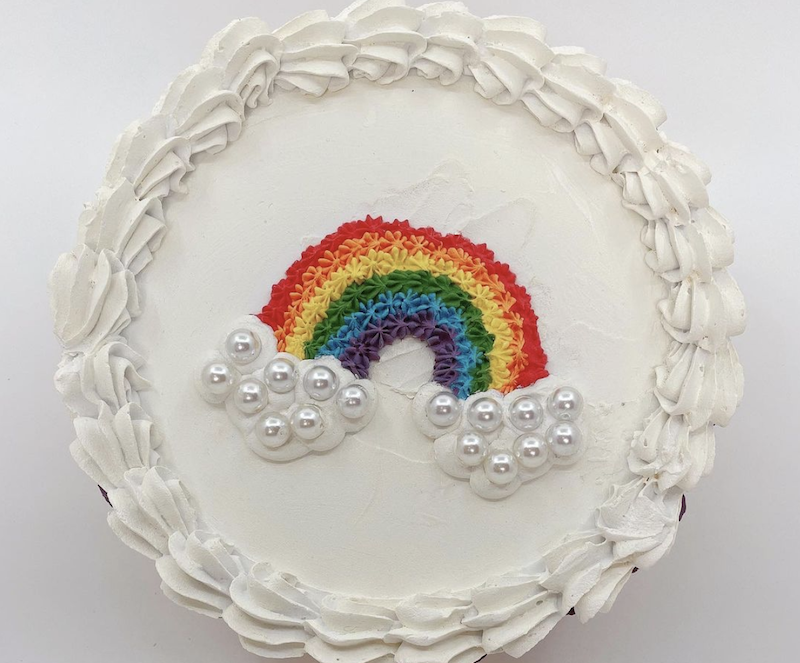 From a 12-pack of cupcakes to a full six-inch cake, vegans with a gluten sensitivity can find something sweet on McKenna’s bakery page. The options are updated often to include seasonal specials such as a giant heart-shaped cookie cake decorated for Mother’s Day or a selection of holiday pies for Thanksgiving and Christmas.
Browse the selection here. 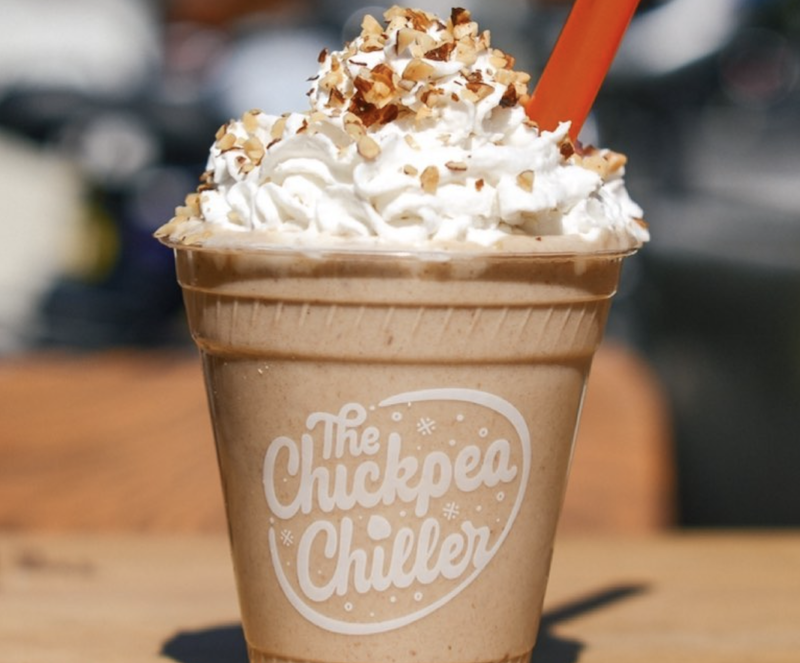 The Hummus and Pita Co

Originally based in New York City, this chickpea-loving chain is quickly expanding to states along the East Coast. Those still waiting for their local Hummus & Pita Co. to open can order a number of vegan-friendly meal kits including the Vegan Shawarma Kit, Vegan Mix Grill Kit, bottles of the famed Chickpea Chiller shakes, and more.
Browse the selection here. 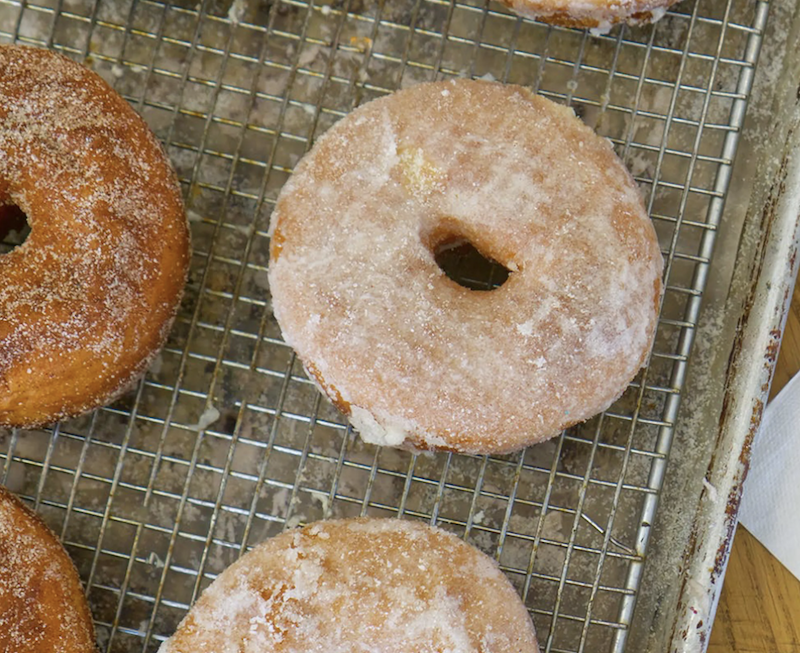 This classic doughnuttery originated in Los Angeles, but after the flagship’s closure in 2020, the Chicago-based location has lived on to continue the legacy. Those in LA who miss Stan’s (or anyone else in the country) can order a 12-pack assortment of the Cinnamon Sugar and Sugar Coated vegan doughnuts for delivery.
Browse the selection here. 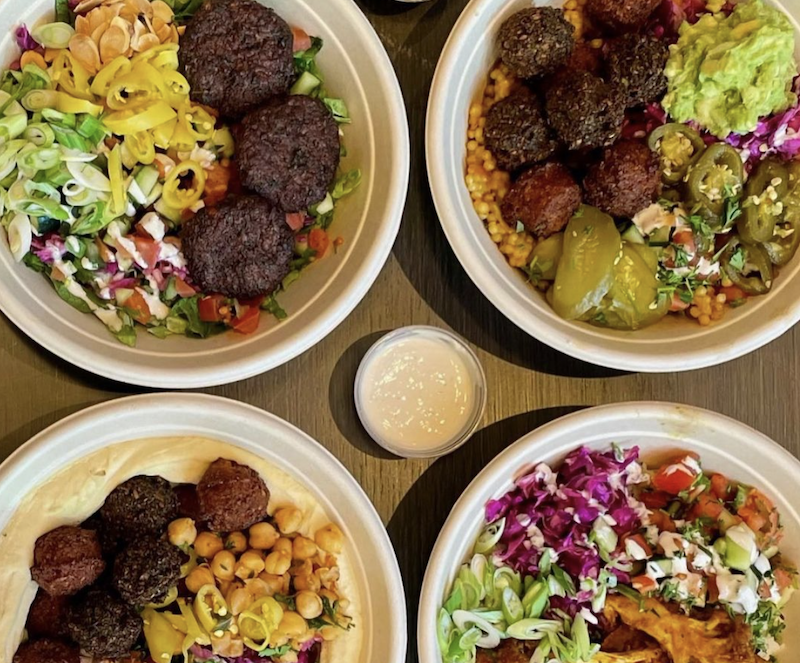 Shipping from New York City, this vegan-friendly Mediterranean kitchen offers a plethora of spreads, falafels, and pita to create the ultimate plant-based mezze platter. Each package serves six, so order for a crowd or prepare to feast off leftovers for a few days.
Browse the selection here. 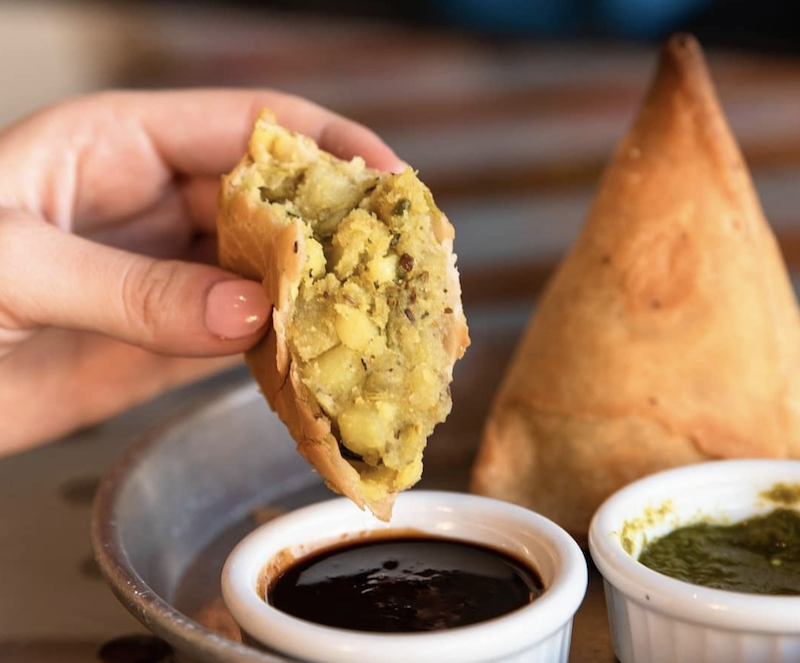 Sure, you can get Indian food virtually anywhere, but it likely won’t be from a place that has been featured on celebrity chef David Chang’s Ugly Delicious Netflix series. The Hella Vegan meal kit option includes seasoned rice, aloo paratha, samosas with chutney, aloo gobi, Plant Protein Kadhai, and daal to feed four. The six-pack of Hella Vegan Burritos is also a stellar option.
Browse the selection here. 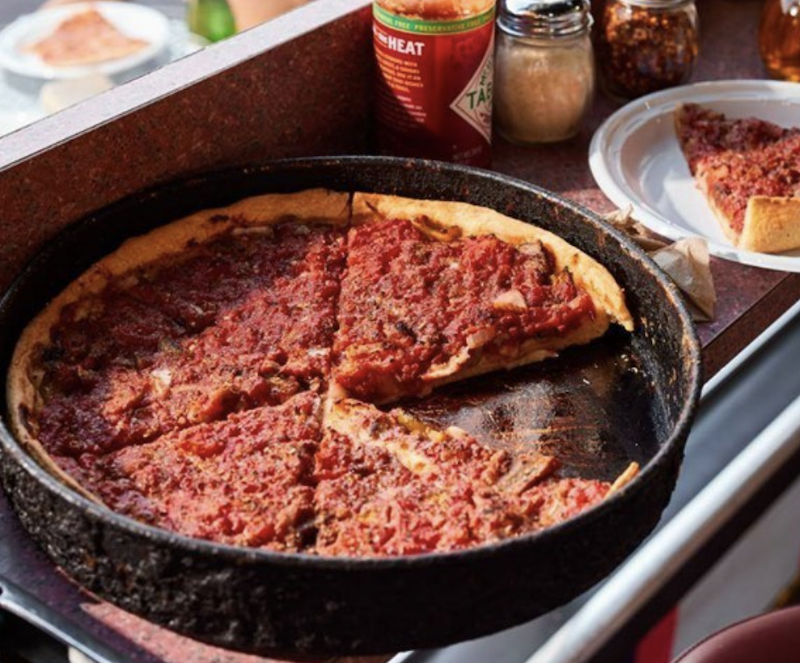 When you reach to pick up this package, be sure to squat low and lift with your legs, not your back—these vegan deep-dish pizzas are heavy! Each box comes with two or four 12-inch Chicago-style pies loaded with doughy crust, tomato sauce, Daiya mozzarella, and Upton’s Naturals vegan sausage. Unloading the package is nearly a weight session in itself.
Browse the selection here. 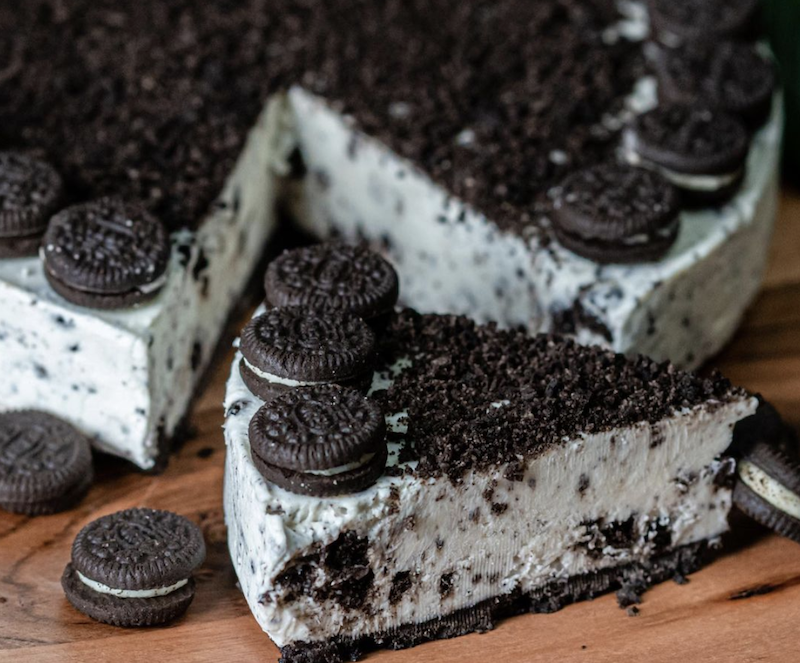 Based out of a commercial kitchen in Atlanta, GA, this Black- and woman-owned vegan sweet shop specializes in better-for-you desserts. All items are free of preservatives and artificial flavors and many are raw. We’re having a hard time deciding between the Gluten-Free Vegan Oreo Cheesecake and the sprinkle-coated Birthday Cheesecake.
Browse the selection here. 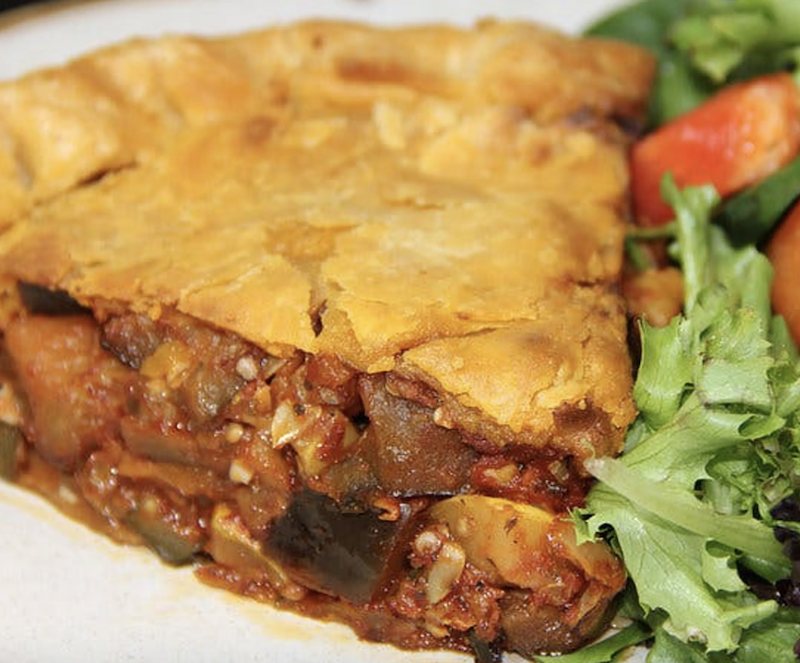 Pie should never be reserved for the end of a meal. At this Baltimore, MD pie shop, you’re encouraged to eat pie for the main course and dessert. Savory vegan options range from Vegan Chili Pie to Spicy Vegan Thai Pie, and while not labeled as vegan, the Blueberry and Sour Cherry Pies are also animal-free.
Browse the selection here. 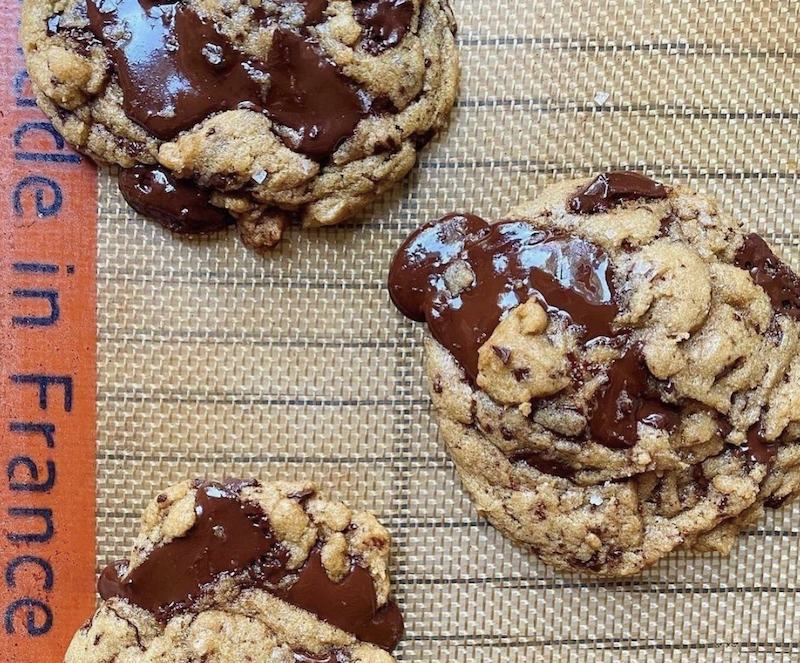 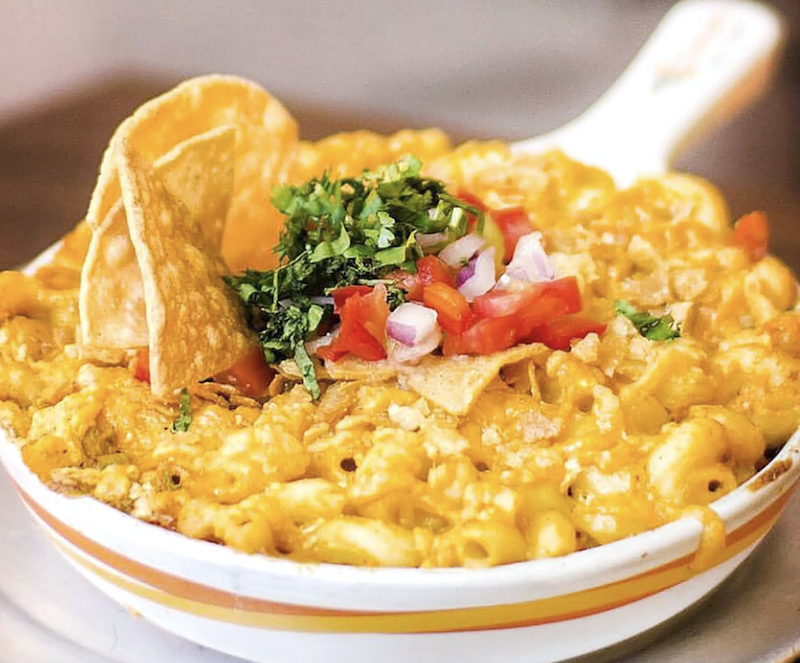 Don’t expect a run-of-the-mill boxed mac and cheese experience—this cheesy vegan pasta is as gourmet and indulgent as mac and cheese can get. Made in Brea, CA, Elbows makes its vegan option by slathering elbow macaroni in a thick, roasted-pepper-and-onion cashew cheese sauce and packaging it in oven-safe foil containers. Each box contains eight servings.
Browse the selection here. 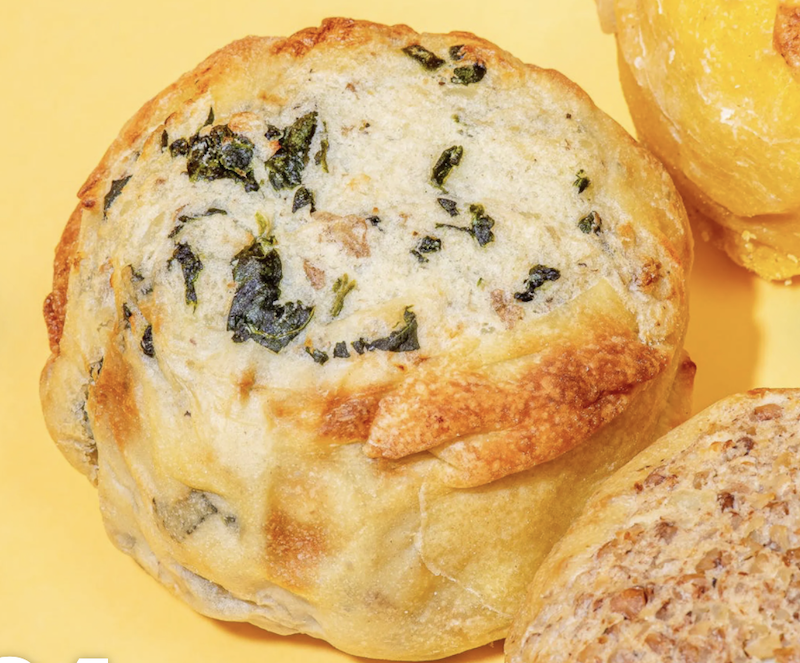 Not only is this New York City-based bakery the oldest knishery in the country, it also boasts a wide array of vegan options. The potato, kasha, sweet potato, red cabbage, mushroom, spinach, mixed vegetable, broccoli, and apple strudel varieties are all plant-based. Opt for the Choose Your Own Knishes 12-Pack to sample up to six different flavors (two of each).
Browse the selection here. 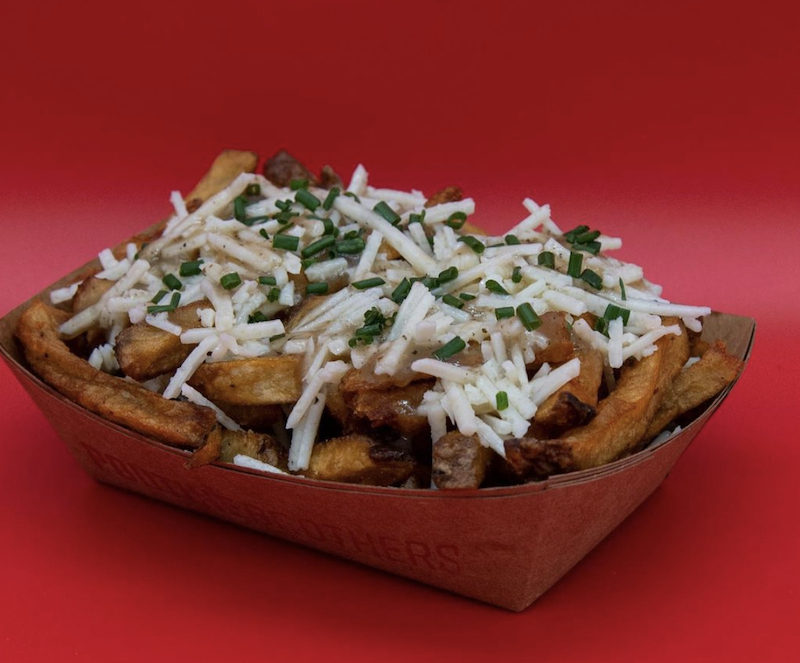 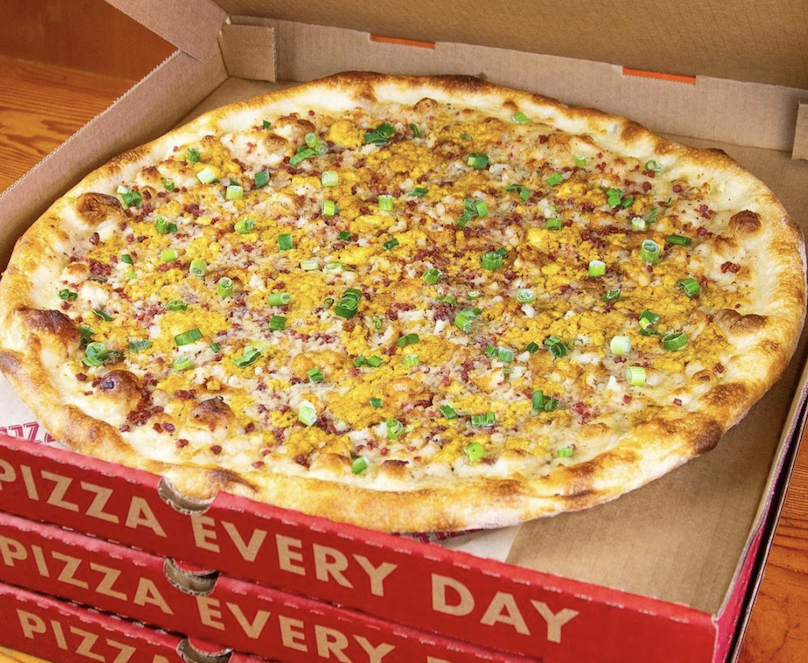 Get a taste of this Portland pizza institution without trudging through the near-constant rain. The vegan packages feature a selection of three or six plant-based pies including the caramelized onion-y Spiral Tap and the spicy Buffalo 666 Jackfruit. The unique names of these pizzas are intriguing enough to hit the order button.
Browse the selection here. 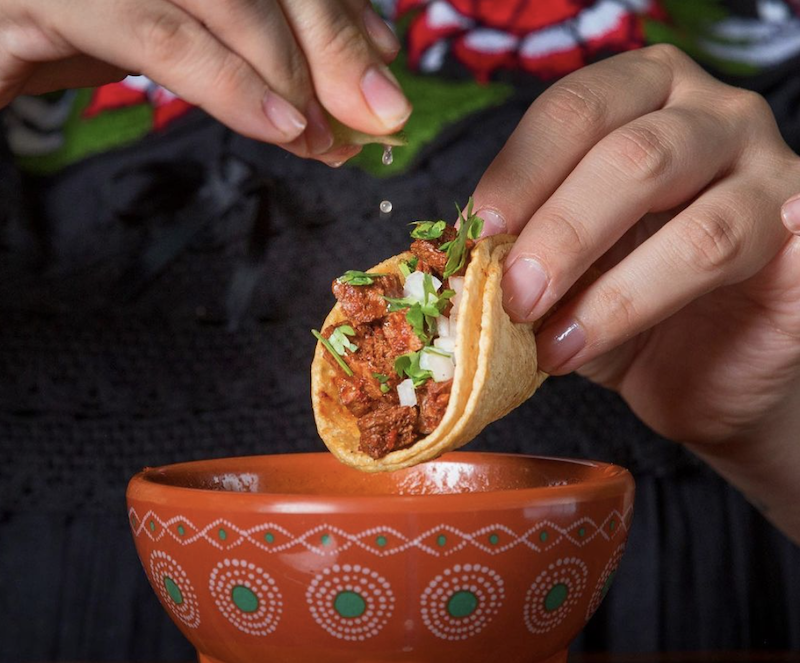 Get a taste of Dallas’ first vegan Mexican restaurant no matter where you are in the country. Options range from a straightforward vegan taco kit complete with plant-based meat and all the fixings to a full Texan Vegan BBQ Sandwich Kit for 5. Fun fact: this family-owned eatery wasn’t always vegan but made the switch in 2016 after its Vegan Thursdays weren’t enough to curb customers’ taste for plant-based eats.
Browse the selection here. 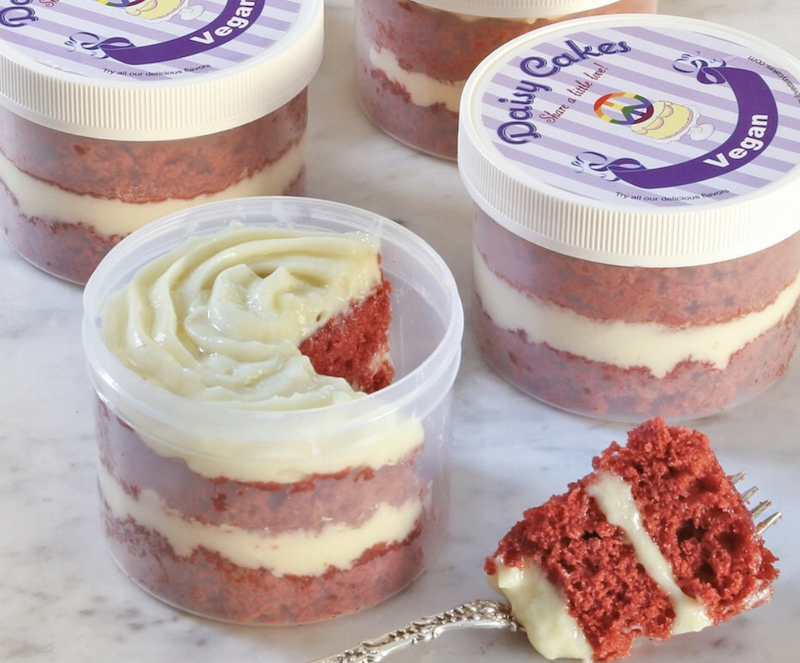 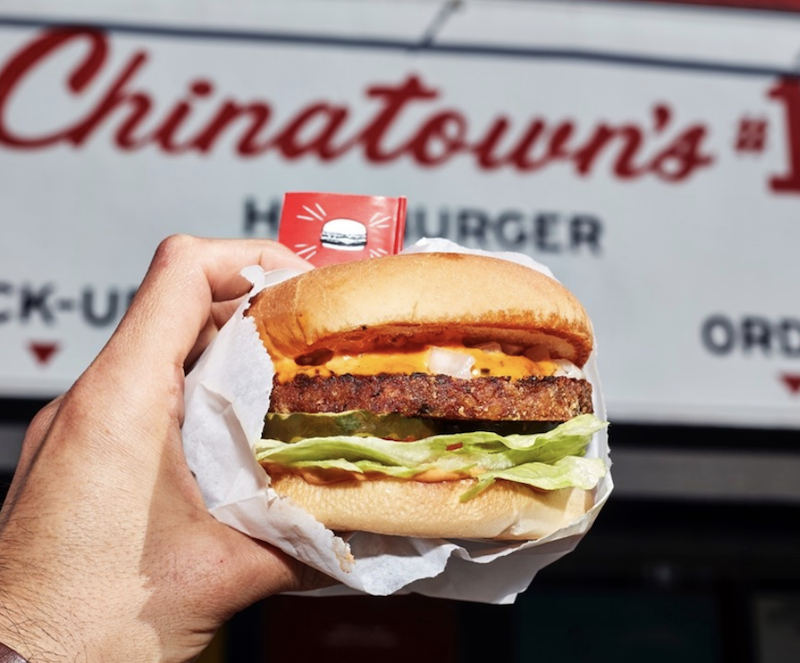 This Los Angeles burger joint used to offer a few vegan options. As of 2020, there’s not an animal product in sight. The restaurant still makes the same cheeseburgers and double-patty sandwiches it was known for—it just happens to be vegan. Choose from two cheeseburger kit options or just stock up on the patties through this digital portal.
Browse the selection here.

12 Meaty, Cheesy, Vegan Football Snacks to Try for Your Next Game Day