On January 5, Burger King locations across the United Kingdom are launching vegan chicken nuggets. The new menu item is available in six-piece, nine-piece, or 20-piece boxes along with sweet chili dipping sauce.

The vegan chicken nuggets were developed by Dutch brand The Vegetarian Butcher—which was acquired by multinational conglomerate Unilever in 2018—and are made from a blend of soy and plant protein and coated in a crispy batter. And, like many other UK restaurant menu items, the new vegan option is certified by the Vegan Society.

The fast-food chain says it is the first UK fast-food restaurant brand to launch vegan chicken nuggets following years of development. “Adapting to customer preferences is a key focus at Burger King,” Alasdair Murdoch, chief executive of Burger King UK, said in a statement. “We are committed to helping our guests make good decisions about what they eat and drink and providing them with informed choices.”

The new menu item comes just in time for Veganuary, an annual campaign that encourages consumers to go vegan for the month of January. The launch is also part of Burger King’s goal to make half of its menu meat-free by 2030 in an effort to achieve its target of reducing greenhouse gas emissions by 41 percent. 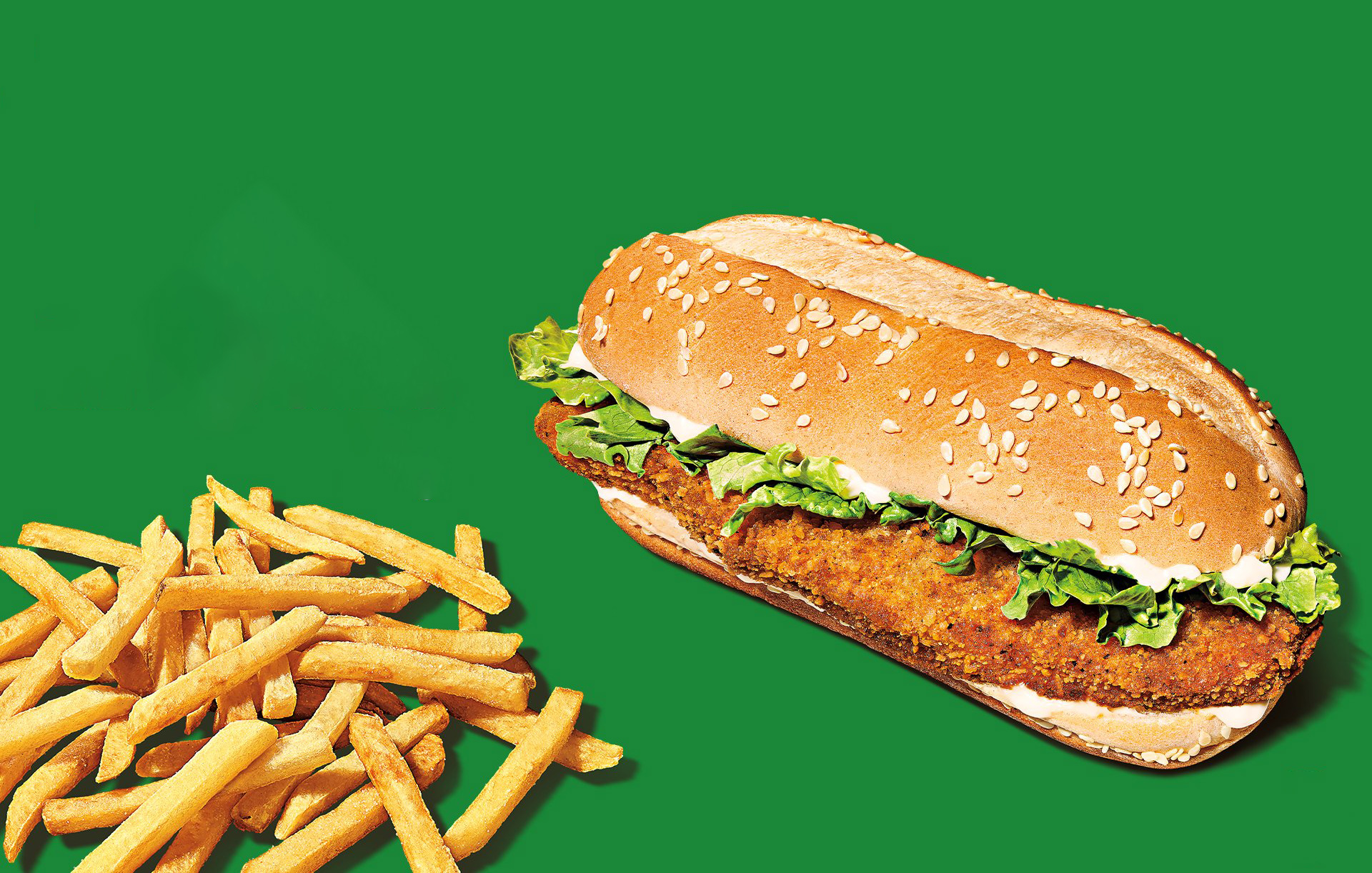 The vegan nuggets join a number of other plant-based options in UK Burger King restaurants, including the Vegan Royale burger—a vegan version of its traditional chicken burger. Consisting of a crispy coated, plant-based chicken patty developed by The Vegetarian Butcher, the Vegan Royale is topped with iceberg lettuce, vegan mayonnaise, and served on a toasted sesame-seed bun.

The chain also previously offered a Plant-Based Whopper but it was made with egg-based mayonnaise. After a brief hiatus during the pandemic, Burger King UK relaunched the Plant-Based Whopper with vegan mayonnaise that is also served with tomatoes, lettuce, pickles, ketchup, and sliced onions on a sesame-seed bun.

The Vegetarian Butcher has been working with Burger King in recent years to expand its plant-based options across 25 countries in Europe, the Middle East, and Africa. The partnership has resulted in product launches such as the Whopper Vegetal in Mexico, the Plant-Based Whopper in China, and vegan chicken nuggets in Germany, with more to come. Last year, the chain also expanded its Vegan Royale and vegan chicken nuggets to Africa, becoming the first fast-food chain to offer vegan-certified meat in all of Africa.

In addition to offering vegan options, Burger King has been experimenting with totally meatless outposts. Last year, the chain transformed one location in Spain into a meat-free paradise for a full month. The Madrid outpost served vegetarian items, made in partnership with The Vegetarian Butcher, including the Long Vegetal (a plant-based take on the Long Chicken, also known as a “Chicken Royale”); a plant-based Whopper; and vegan chicken nuggets. The sandwiches feature non-vegan mayonnaise which can be omitted for a fully vegan option. A similar test was done in Germany, where an entirely meatless Burger King location opened for a limited time in Cologne serving items developed by The Vegetarian Butcher.

In other markets such as South Korea and Japan, Burger King is working with Australian brand v2food to add plant-based burgers to its menu. Stateside, Burger King continues to make strides in the plant-based direction following the 2019 launch of the Impossible Whopper at its more than 7,000 locations across the United States.

For more about vegan options at Burger King, read:
One Burger King in Spain Is Going Totally Meatless
Burger King is The First Fast-Food Chain in Africa to Serve Vegan Meat
World’s First Meatless Burger King to Open in Germany