The antics documented during the 2020 Netflix hit Tiger King also brought awareness to the world of big cat exploitation in roadside zoos. The mechanisms that fuel this industry are now being dismantled thanks to the Big Cat Public Safety Act (BCPSA), which passed the United States Senate this week with unanimous consent. 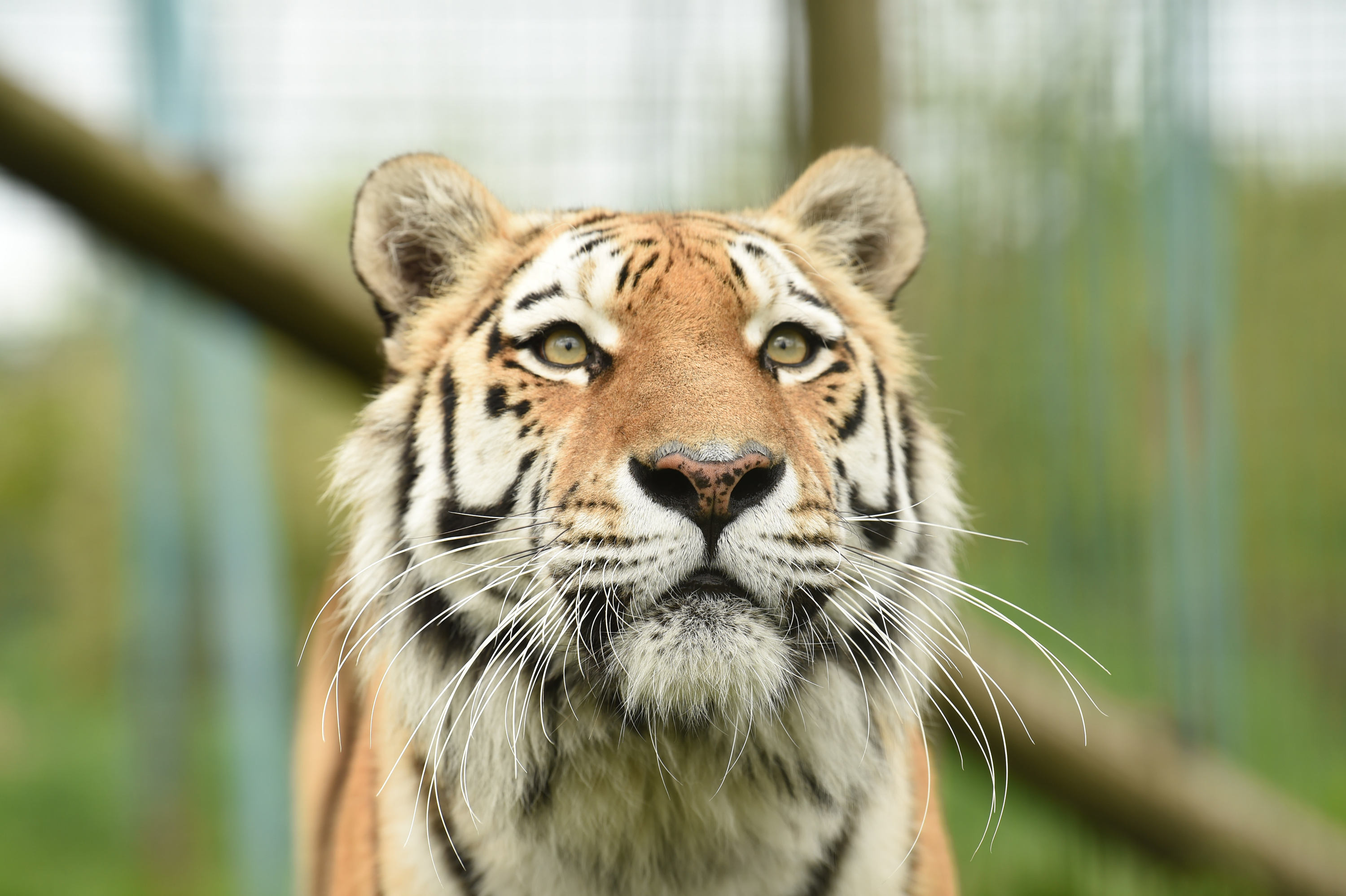 The legislation was first introduced by Representatives Michael Quigley (D-Ill) and Brian Fitzpatrick (R-PA) in 2012 with the aim of prohibiting private individuals from keeping “big cats” such as tigers, lions, leopards, and others in captivity and banning public contact with these animals, particularly their cubs, for entertainment. The Senate companion bill is sponsored by Senators Richard Blumenthal (D-CT), Susan Collins (R-ME), Tom Carper (D-DE), and Richard Burr (R-NC).

The Senate’s unanimous passing of the BCPSA follows the US House of Representatives’ 278 to 134 vote in July (after also voting to pass it in December 2020). The BCPSA is now headed to Speaker Nancy Pelosi’s desk for final approvals before hitting the desk of President Joe Biden—who has already stated his public support—for signature into US law.

Animal activist Carole Baskin—who owns sanctuary Big Cat Rescue and appeared in Tiger King—led the effort to get BCPSA through Congress, alongside a host of animal-rights groups. 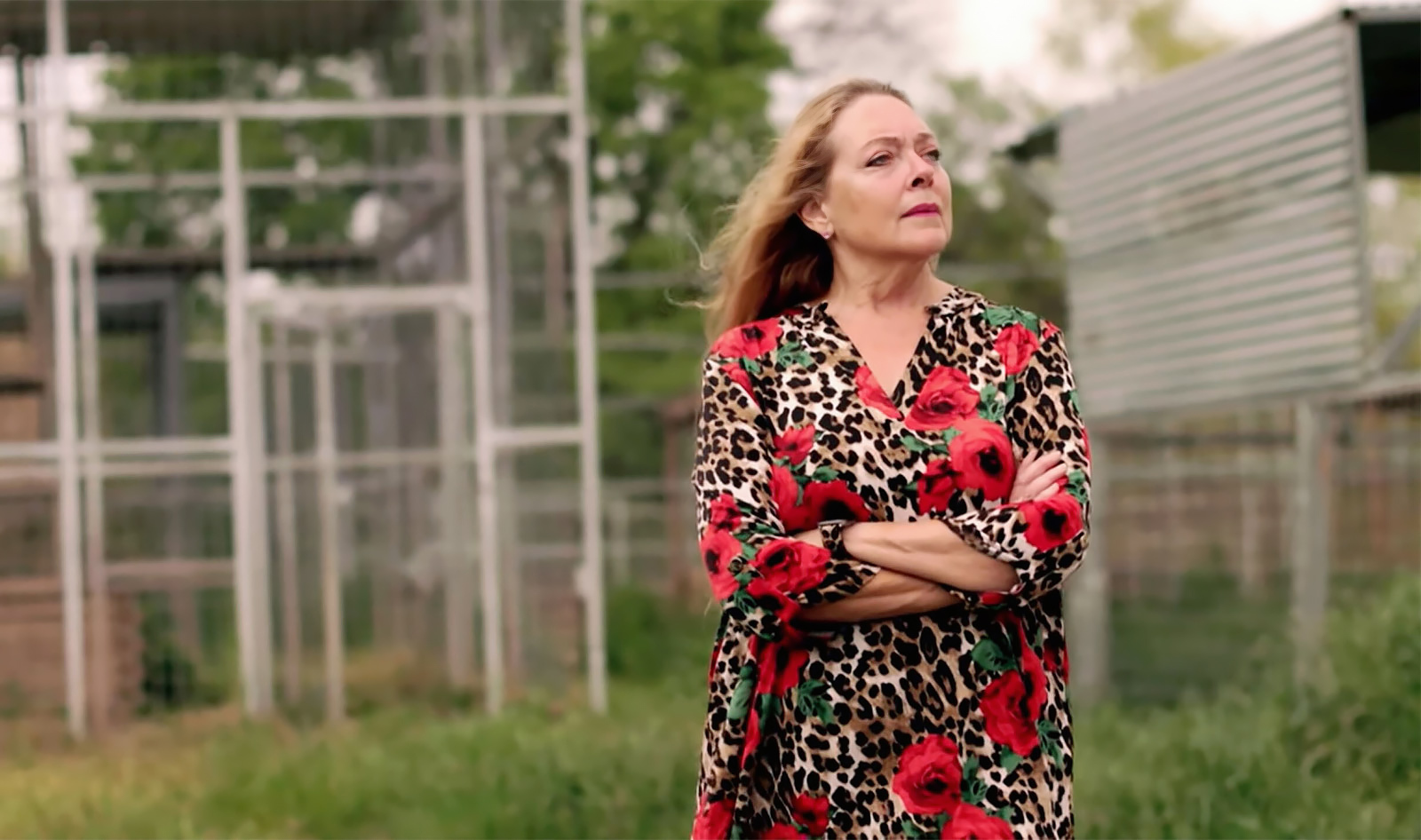 During a press conference organized by Animal Wellness Action (AWA), Baskin explained that this legislation is key to disrupting the worst of the abuses viewers witnessed in Tiger King because it bans the most profitable portion of the industry—exploiting cubs for petting operations and photo opportunities.

Typically, cubs are bred in captivity, exploited as cute props for profit, and when they get older, are either sold off within the wild cat trade; killed because they are too expensive to feed and maintain; or rescued by sanctuaries such as Baskin’s.

“I think that just turning off the supply of these cubs at its root will reign in a lot of that,” Baskin told VegNews during the conference. “I know from being open to the public for the past 30 years the first thing that people who don’t know us when they show up say is ‘Can we see the babies?’ And there should never be babies at a sanctuary. But at zoos, you have to believe that is why people go. They want to see the babies.”

“Now, the zoos have nowhere to dump those babies … by stopping that flow of cubs in, it’s going to put to rest so many of these other issues,” Baskin said.

Baskin also said that exhibiting these wild animals at zoos and other events creates a false narrative that they are not endangered or in need of protection, and breeding them is rarely motivated by conservation. 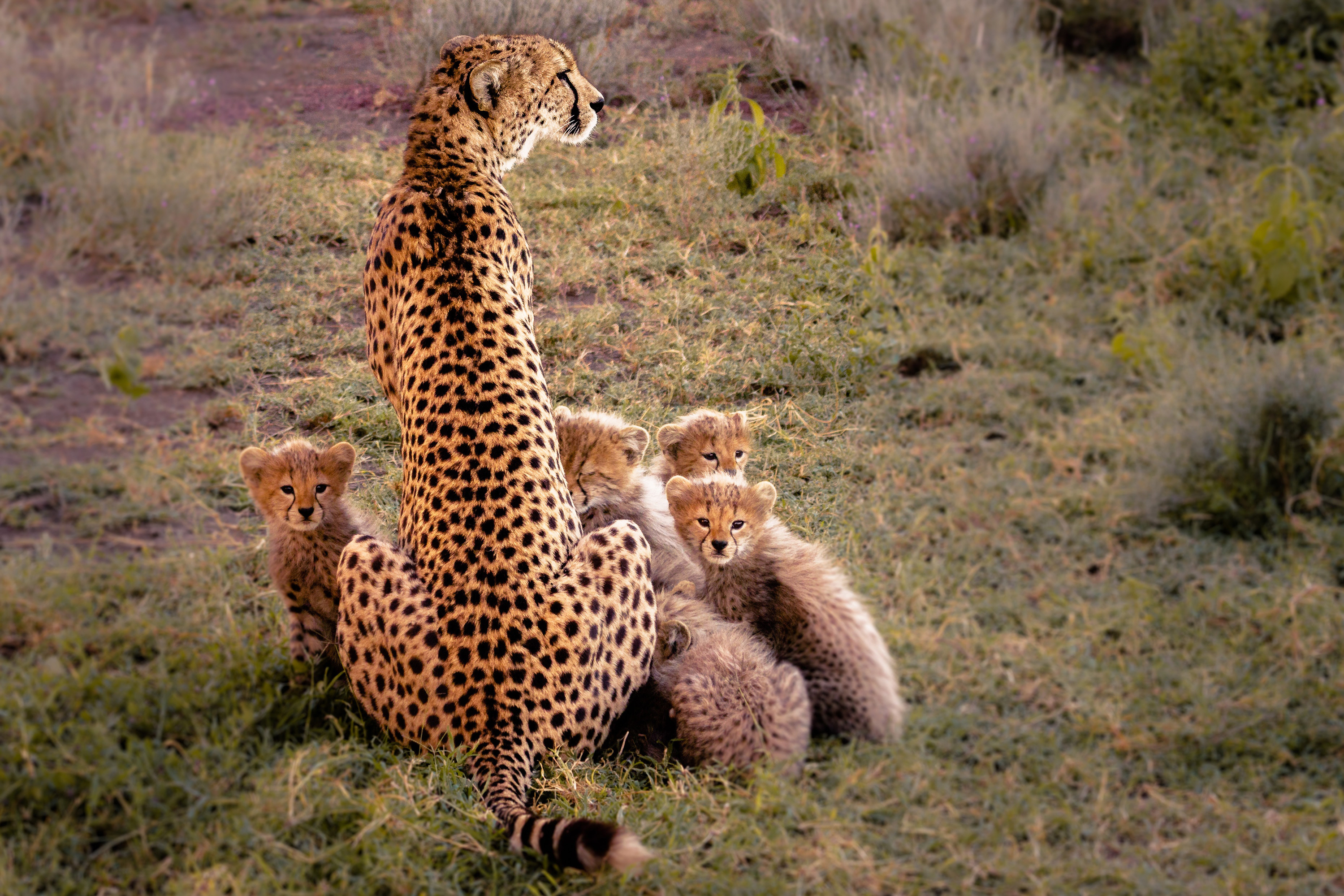 “One of the things I’ve noticed that people don’t understand about this issue is they think if these animals are endangered, we should be breeding them in captivity and none of the captive breeding serves any conservation purpose,” Baskin said. “In fact, it is harming the conservation of these animals in the wild … this is going to end an awful lot of that smokescreen that is causing the demise of all of these big cats around the world.”

The American Zoo Association—an association of 238 accredited zoos—endorsed the BCPSA, which AWA founder Wayne Pacelle hopes shifts the focus of these institutions toward animal rescue.

While BCPSA was introduced a decade ago, the proposed legislation gained traction after the March 2020 release of Tiger King, which captivated viewers who were quarantined at home—bringing new perspectives to many about the lives of animals in captivity.

The series followed the feud between Joe Exotic (a roadside zookeeper and animal breeder) and Baskin (who worked to shut down Exotic’s zoo), along with other eccentric characters classified loosely as “big cat people,” including Kevin “Doc” Antle and Jeffrey Lowe, who all engage in exploiting wild animals for profit. 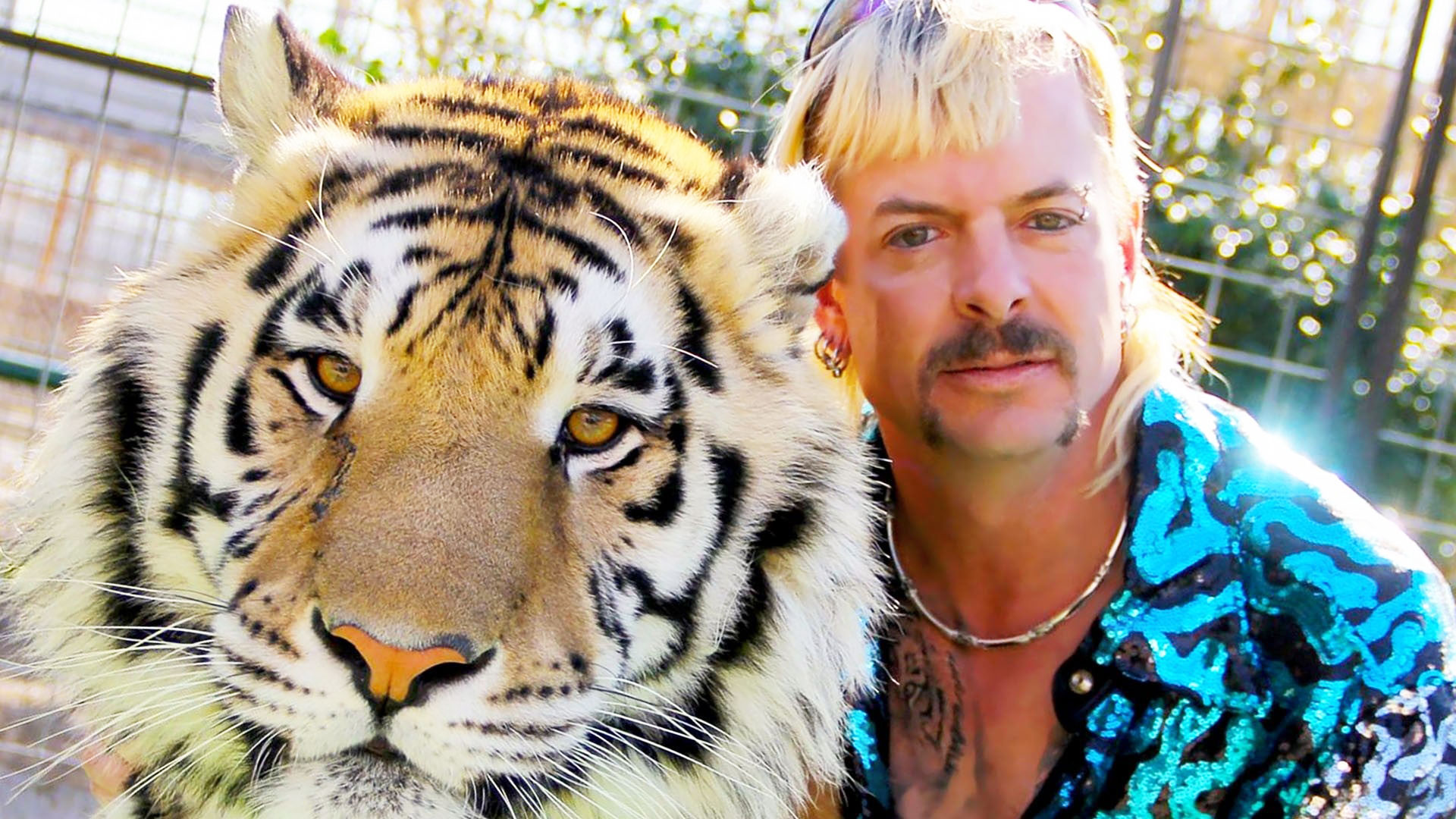 In an effort to expose the truth behind Tiger King and gain support for BCPSA, in April 2020, animal-rights organization The Humane Society of the United States (HSUS) released never-before-seen footage of the abuse big cats suffered at the hands of Exotic and other participants in the US wildlife trade.

In 2011, an HSUS investigator uncovered various workers at Joe Exotic’s GW Zoo, including Exotic himself, routinely beating and punching tiger cubs in the face, dragging them by their necks and tails, and engaging in other abuse. In 2014, HSUS uncovered further abuse at Doc Antle’s Myrtle Beach Safari.

To date, most of Tiger King’s characters have faced criminal charges or other discipline for their role in perpetuating the cruel wildlife trade, including Exotic (who is in prison for wildlife violations and his murder-for-hire scheme against Baskin); Antle (who was slapped with multiple felony charges in 2020, including wildlife trafficking); Wildlife in Need roadside zoo owner Tim Stark (who was arrested by New York authorities in 2020); and Lowe (whose wildlife exhibitor license was suspended by the United States Department of Agriculture, leading to the closure of the GW Exotic Animal Park to the public).

Throughout the ordeal, animal-rights groups and Baskin, along with a slew of celebrities such as Joaquin Phoenix, Diane Keaton, and Iggy Pop, urged Congress to pass BCPSA to prevent the abuse documented in Tiger King.

The need for federal protection of big cats

Once signed into law, the BCPSA will provide greater protection for the thousands of big cats animal-rights groups believe are held in captivity in places where state laws have failed. 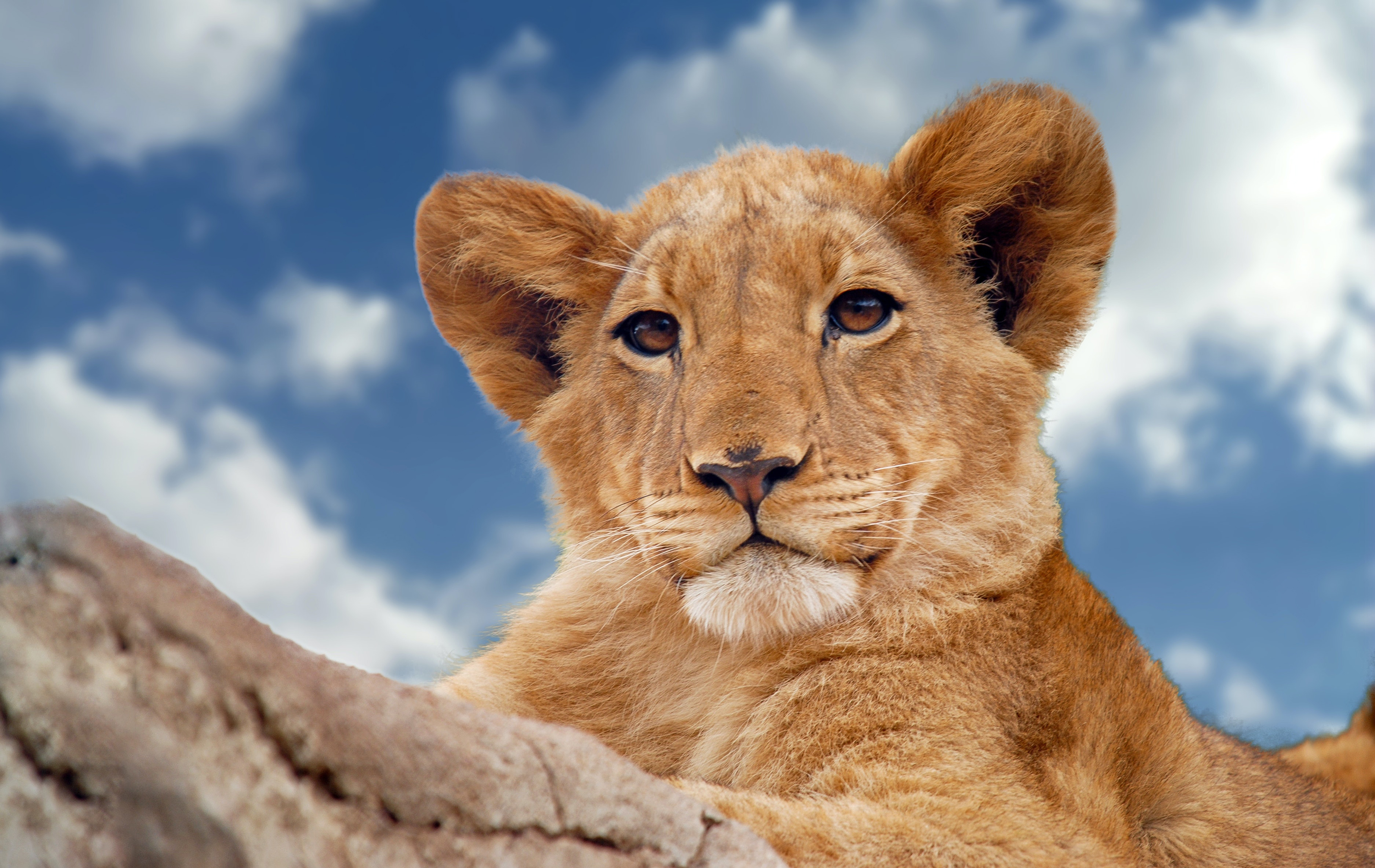 Currently, five states (Alabama, Nevada, North Carolina, Oklahoma, and Wisconsin) have virtually no laws pertaining to the possession of wild animals such as big cats, and even in places where some legal protections do exist, these laws are rarely enforced.

Aside from protecting big cats, the BCPSA will help in keeping humans safe, too, as keeping big cats in captivity poses a serious public health threat that has resulted in 400 dangerous incidents in 46 states and the District of Columbia since 1990, including 24 deaths (five of which were children).

Under the BCPSA, individuals who already “own” big cats will be required to register the animals with authorities, which activists say will allow for additional regulation, accountability, and safety protocols.

Howard Baskin—who works alongside his wife Carole Baskin at Big Cat Rescue and in bringing an end to the wild cat trade—said the next steps following the codification of BCPSA into law will be assuring its enforcement.

“It’s one thing to pass a law and another thing to have it enforced, where agencies responsible for enforcement simply don’t,” he told VegNews during the press conference. “We will be working with the US Wildlife service to help them enforce the law.”

People for the Ethical Treatment of Animals (PETA) is also standing behind the Baskins and fellow animal-rights groups that helped the cause to ensure that the law is properly enforced.