On March 14, Burger King’s flagship location in London’s Leicester Square is going entirely vegan. This means the fast-food chain is replacing its regular menu items with all plant-based offerings. The all-vegan Burger King location will be open until April 10, and the one-month trial will help inform the company on whether there is a demand for permanent meat-free locations.

Although Burger King’s menu labels some items vegan and others plant-based, the company says all items at the Leicester Square location will be vegan during the month-long trial. The items labeled plant-based are still vegan; however, they’re not certified and don’t carry the vegan trademark.

“We’re incredibly proud of our new meat-free menu,” Burger King UK Chief Marketing Officer Katie Evans said in a statement. “It absolutely delivers on big taste with no compromises and reflects our ongoing commitment to serving our customers a diverse and innovative range of products.” 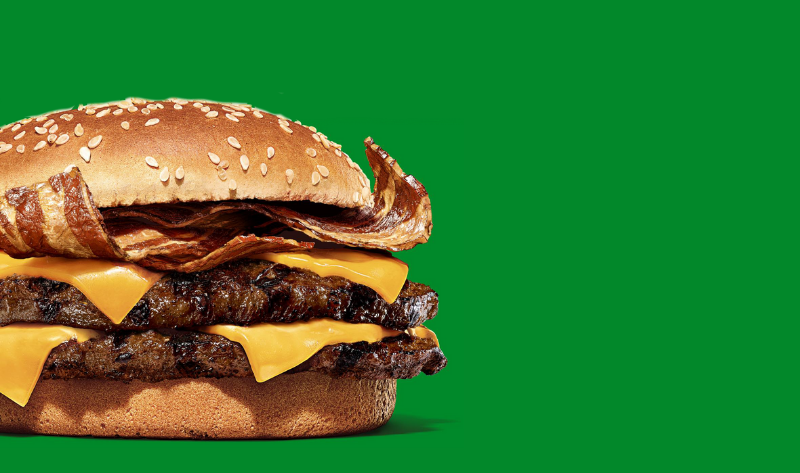 Vegan meat brand The Vegetarian Butcher has been working with Burger King in recent years to expand plant-based options on its menus worldwide. The partnership has resulted in product launches such as the Whopper Vegetal in Mexico, the Plant-Based Whopper in China, and vegan chicken nuggets in Germany. Last year, the chain also expanded its Vegan Royale and vegan chicken nuggets to Africa, becoming the first fast-food chain to offer vegan-certified meat in all of Africa.

Burger King first got in the plant-based arena with the launch of the Impossible Burger at US locations in 2019. At Burger King UK, permanent plant-based options—such as the Rebel Whopper, Meatless Nuggets, and Vegan Royale—have been steadily growing in recent years. The company’s goal is to offer a menu that is 50-percent plant-based by 2030.

“The limited-edition menu is a direct result of our focus on vegan and plant-based innovation and goes hand in hand with our target of a 50-percent meat-free menu by 2030, as well as our commitment to sustainability and responsible business,” Evans said. “We can’t think of a more fitting way to re-launch our new-look flagship in Leicester Square.”

Burger King’s vegan Leicester Square location is not the first outpost to go totally meatless—but it may be the first to go all vegan. Last year, the chain transformed one location in Spain into a meat-free paradise for a full month. The Madrid outpost served vegetarian items, made in partnership with The Vegetarian Butcher, including the Long Vegetal (a plant-based take on the Long Chicken, also known as a “Chicken Royale”); a plant-based Whopper; and vegan chicken nuggets.

A similar test was done in Germany, where an entirely meatless Burger King location opened for a limited time in Cologne serving items developed by The Vegetarian Butcher.

For more about vegan options at Burger King, read:
The Vegan Guide to Eating Plant-Based at Burger King
Burger King Expands Impossible Whopper to More Than 7,000 Locations
One Burger King in Spain Is Going Totally Meatless