It seems that every week in the world of vegan food news is more exciting than the last and this week is no exception. IKEA is doubling-down on its commitment to make half of its menu plant-based by 2025 with a fun menu addition in Singapore. MorningStar Farms is reimagining corn dogs with its new “morn” dog. And Hormel is getting into the meatless chili business. Read on for more.

From Starbucks to Burger King, major companies are feeling the pressure to do their part in mitigating the climate crisis—and furniture giant IKEA knows increasing plant-based food offerings is a great start. In 2015, IKEA first introduced a climate-friendly vegan version of its iconic Swedish meatballs and has since been making changes to its bistro menus and food products—with the addition of plant-based hot dogs, dairy-free soft serve, and more—to help it slash its carbon footprint.

In 2020, IKEA unveiled an even more environmentally friendly meatball dubbed “plant ball” which features only four percent of the carbon footprint of its animal-derived counterpart. And this year, the chain made its first foray into vegan chicken products, with nuggets on the kids menu in the United States and plant-based chicken strips in the United Kingdom.

This week, IKEA made even more progress in this direction by announcing its plant-based menu changes in Singapore where it will begin serving plant-based gyoza next month, according to local media outlet Mothership Singapore. IKEA plans to further expand its plant-based offerings with meatless nuggets in the coming months.

Corn dogs are a summer staple and while MorningStar Farms—subsidiary of the Kellogg Company—already makes a vegan version of this typically meat-heavy snack, the brand is upping the ante with a new “morn” dog that is sure to satisfy. 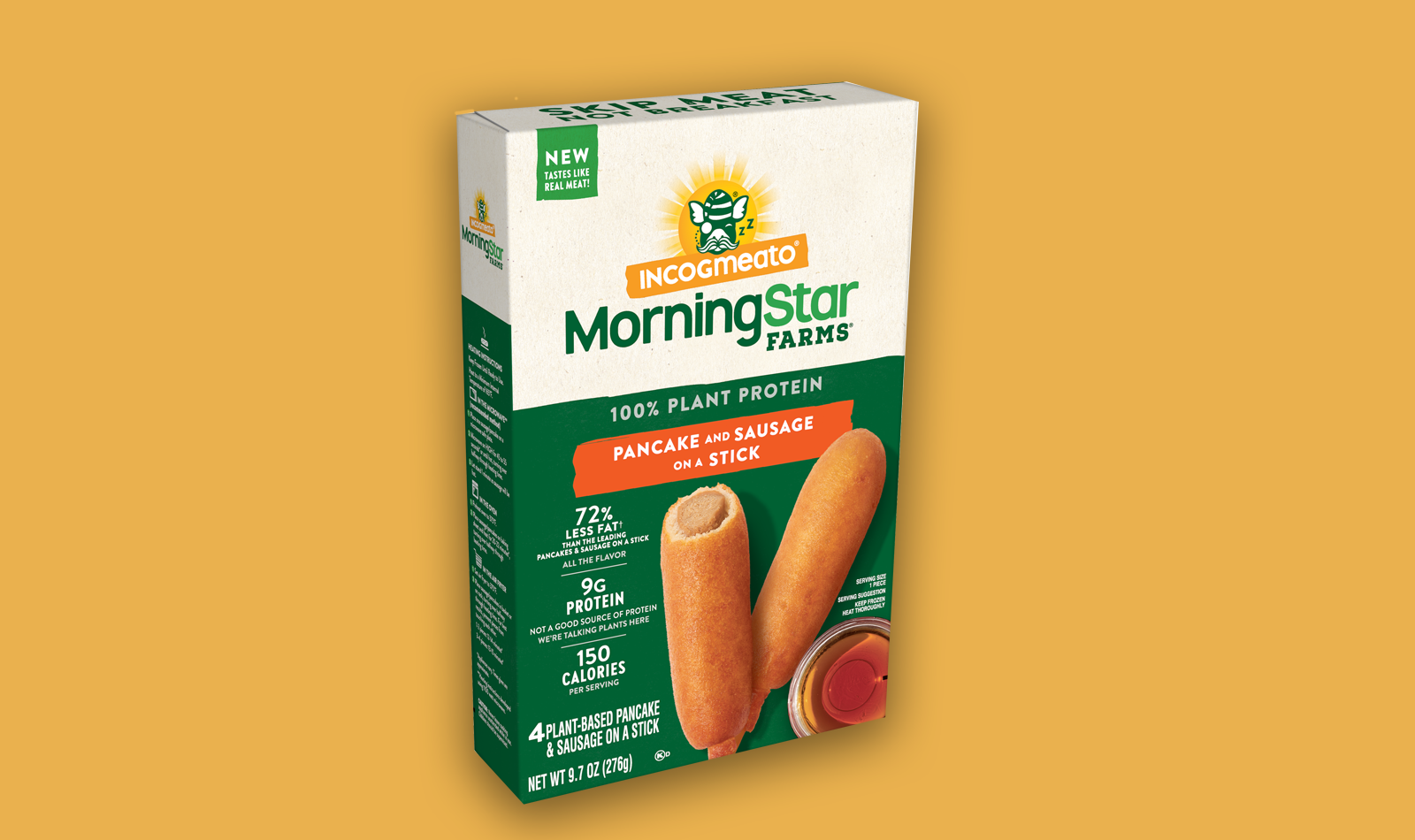 The new Incogmeato Pancake and Sausage on a Stick is a sweet and savory concoction that turns breakfast into a handheld snack. This new take on a vegan corn dog—available nationwide for $6.49 per pack of four—joins other plant-based meat products sold under MorningStar Farms’ Incogmeato brand which it launched with vegan chicken, burgers, and sausages in 2020.

3Hormel gets into meatless chili

The Hormel Corporation is best known for two things: chili and SPAM. And during a time when consumers are looking to eat less meat, the brand continues to innovate its core products to move into the modern era. This week, Hormel announced the launch of Hormel Plant-Based Chili with Beans, a vegan (but still meaty) version of its classic chili made with textured vegetable protein and soy-based crumble, to deliver the same texture, taste, and appearance as the original but without animal products. 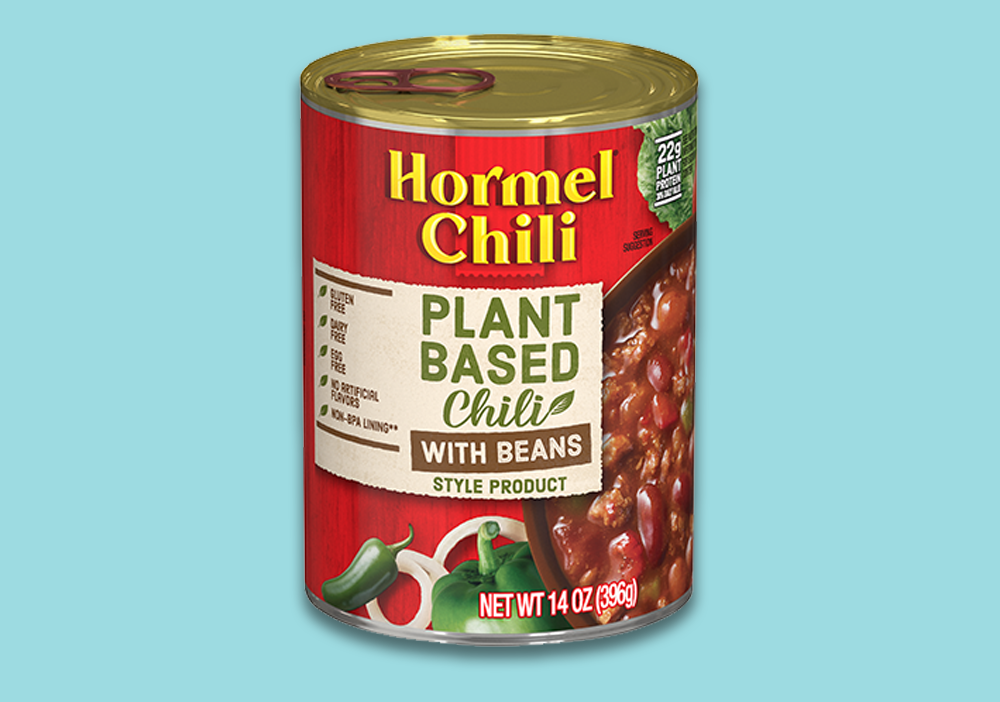 “With the plant-based category growing at double the rate of food overall and the fact that roughly two-thirds of plant-curious consumers are eager for plant-based canned chili, we wanted to provide a convenient and delicious solution,” Sarah Johnson, Senior Brand Manager for Hormel chili, said in a statement. “Now plant-curious and plant-committed consumers can enjoy America’s No. 1 selling chili brand.”

Hormel already makes other plant-based meat alternatives, including pepperoni and ground meat, under its Happy Little Plants brand. Last year, Hormel announced that it is also working with food-technology company The Better Meat Co. through its venture arm to bring even more plant-based meat innovation to the 131-year-old brand. Does that mean vegan SPAM might be in the works? Only time will tell.

Earth Day (today!) is a time to reflect upon how best to conserve resources and save our planet and we’re big fans of celebrating the holiday with free vegan food—and this year, we’re in luck.

If you’re looking for a burger to celebrate Earth Day, a Glendale, CA location of Carl’s Jr. is giving away meatless Beyond Burgers for a second year in a row to show that eco-friendly choices are easy to make. 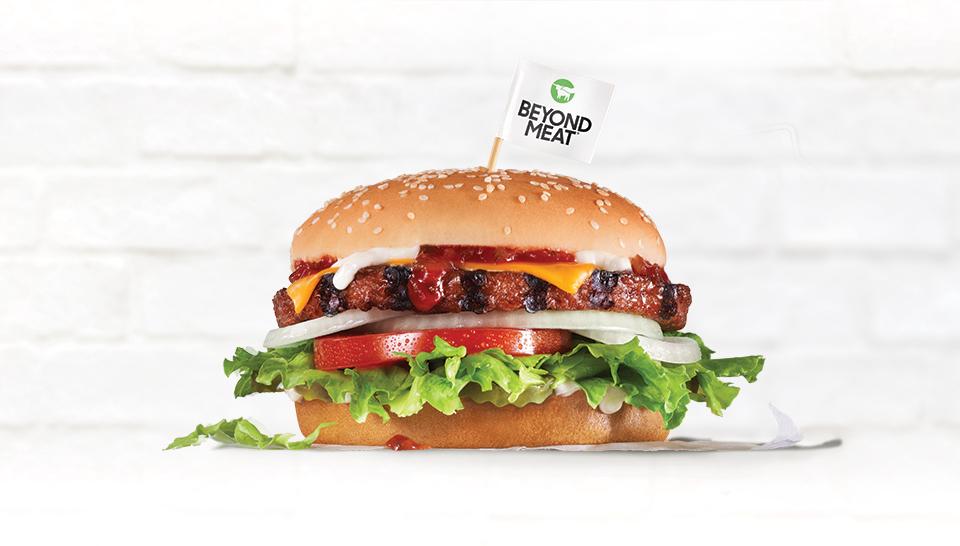 On the East Coast, Plantega—a vegan concept created inside bodegas to make plant-based foods more accessible—is celebrating Earth Day with plant-based meat brand Daring Foods. The brand’s chicken just hit the menu at 14 Planeta locations where it is being used as part of a vegan chicken quesadilla and a sandwich. Want to try it for free? Samples are available while supplies last on Earth Day at Marinello’s Gourmet Deli, a Plantega-equipped location in Brooklyn.

“We’re thrilled to partner with Daring to offer 100-percent plant chicken via our iconic menu, available only in New York City’s bodegas,” Nil Zacharias, founder and CEO of Plantega, said in a statement. “We know it will be a huge hit—for hungry consumers looking for delicious plant-based options and for our local bodegas who are keen to embrace the future of food and serve better options in their communities.”

Stocking up on Earth-friendly foods is as easy as a stop at Trader Joe’s where new vegan products are sprouting up every week. We’ve told you about all the dairy-free dips TJ’s has added to its shelves (we still can’t get over that spicy Vegan Buffalo Dip!) and the sweet treats now stocked in the freezer aisle (looking at you, tiny Hold the Dairy! ice cream cones). Now, there is something new to look forward to from the affordable grocery chain. 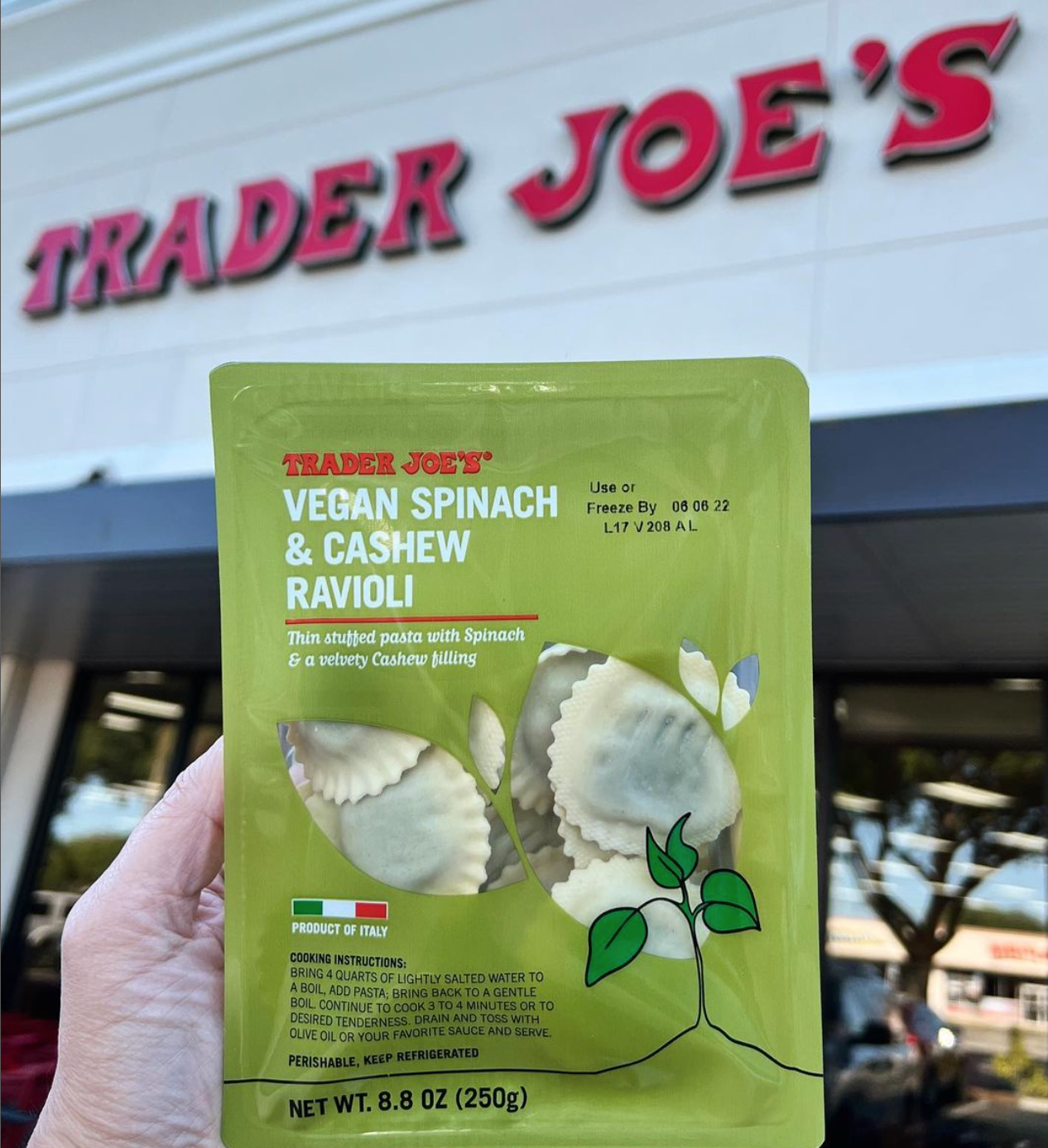 Trader Joe’s just launched its first plant-based stuffed pasta: Vegan Spinach and Cashew Ravioli. The hearty pasta is stuffed with a “velvety cashew [cheese] filling” meant to mimic ricotta and comes in ready-to-boil 8.8-ounce packs for $3.99 each. Shoppers have spotted the new pasta at stores in California and Florida but as of now, the chain has not confirmed that the new vegan product will be available nationwide.

For the latest vegan news, read:
6 Vegan Brands Up Their Sustainability Efforts for Earth Day
Gerber’s New Baby Food Line Is All About Plant Protein
Lewis Hamilton’s Neat Burger Expands to US