California-based company Beyond Meat will soon release its newest product: whole-cut vegan steak. “It’s probably one of our best products to date,” Beyond Meat CEO Ethan Brown said during The Wall Street Journal’s Global Food Forum today. The new Beyond Meat vegan steak will come in a sliced format and is expected to launch sometime this year.

While Beyond Meat is best known for its plant-based Beyond Burger—a replacement for ground  beef—the brand’s new product will bring it into a new category of whole-cut meat, advancing its mission of disrupting the global $1.4 trillion meat industry with plant-based alternatives that are better for human health, animals, and the environment.

VegNews reached out to Beyond Meat for more information about its new vegan steak and the company is not sharing further details at this time. 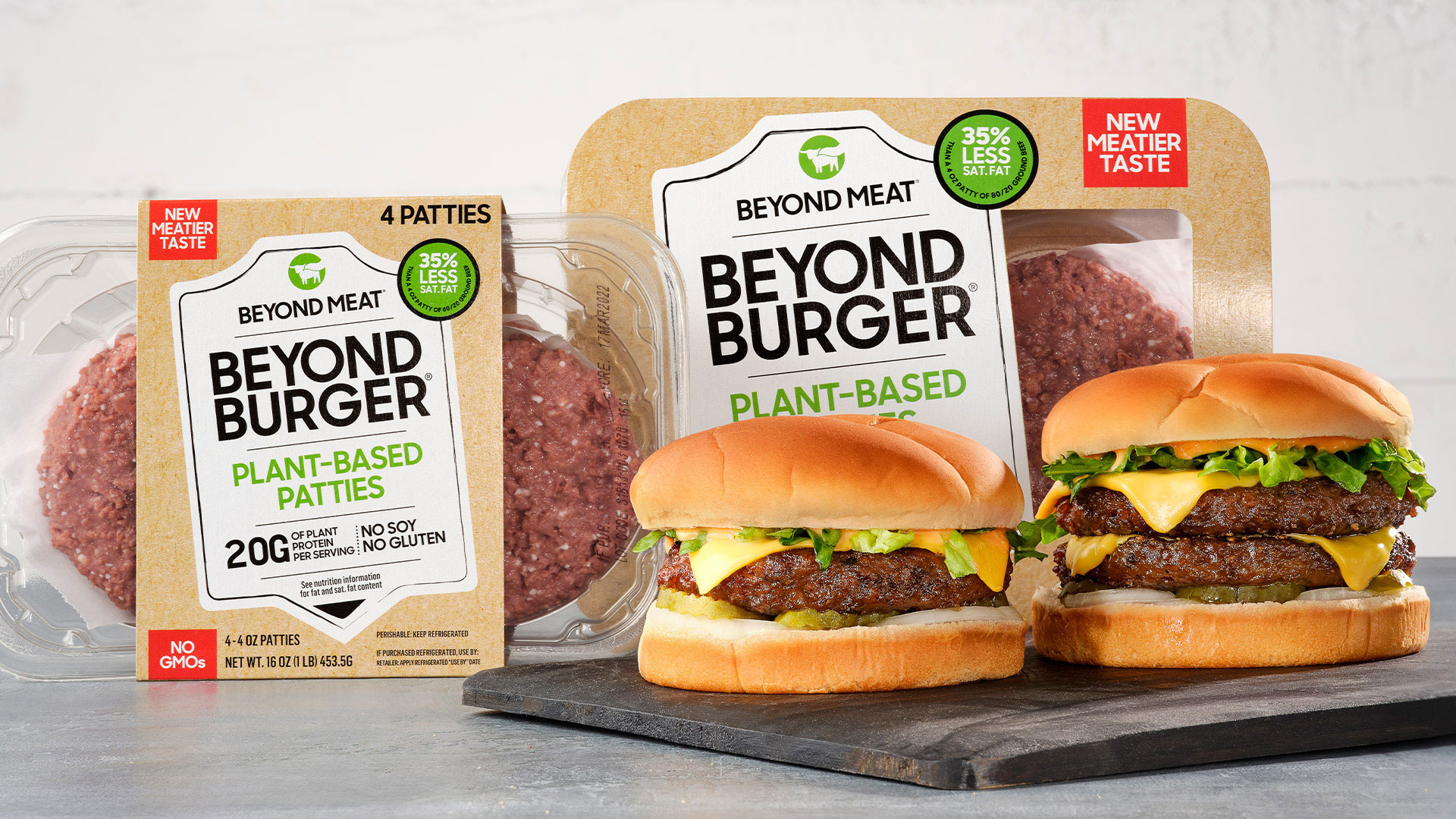 Despite a turbulent year in terms of its stock prices, Beyond Meat is holding steadfast to its mission of making animal-based meat obsolete with new innovations, such as its forthcoming vegan steak. Brown founded Beyond Meat in 2009 and the brand has already revolutionized the plant-based beef, pork, and chicken with its analogous Beyond Burger, Beyond Sausage, and its new Beyond Chicken Tenders.

On the foodservice side of Beyond Meat’s business, the brand has many large partnerships under its belt. It has been working with Yum! Brands to deliver plant-based options to the fast-food corporation’s properties, which include Pizza Hut, Taco Bell, and KFC. Beyond Meat also entered into a three-year global strategic partnership with fast-food giant McDonald’s in 2021 that has thus far resulted in a limited launch of the McPlant, the first burger made with plant-based meat at McDonald’s. While this burger is still in its testing phase, Beyond Meat will continue to help McDonald’s build out its McPlant platform—which can include varied regional launches worldwide such as breakfast items and plant-based chicken. 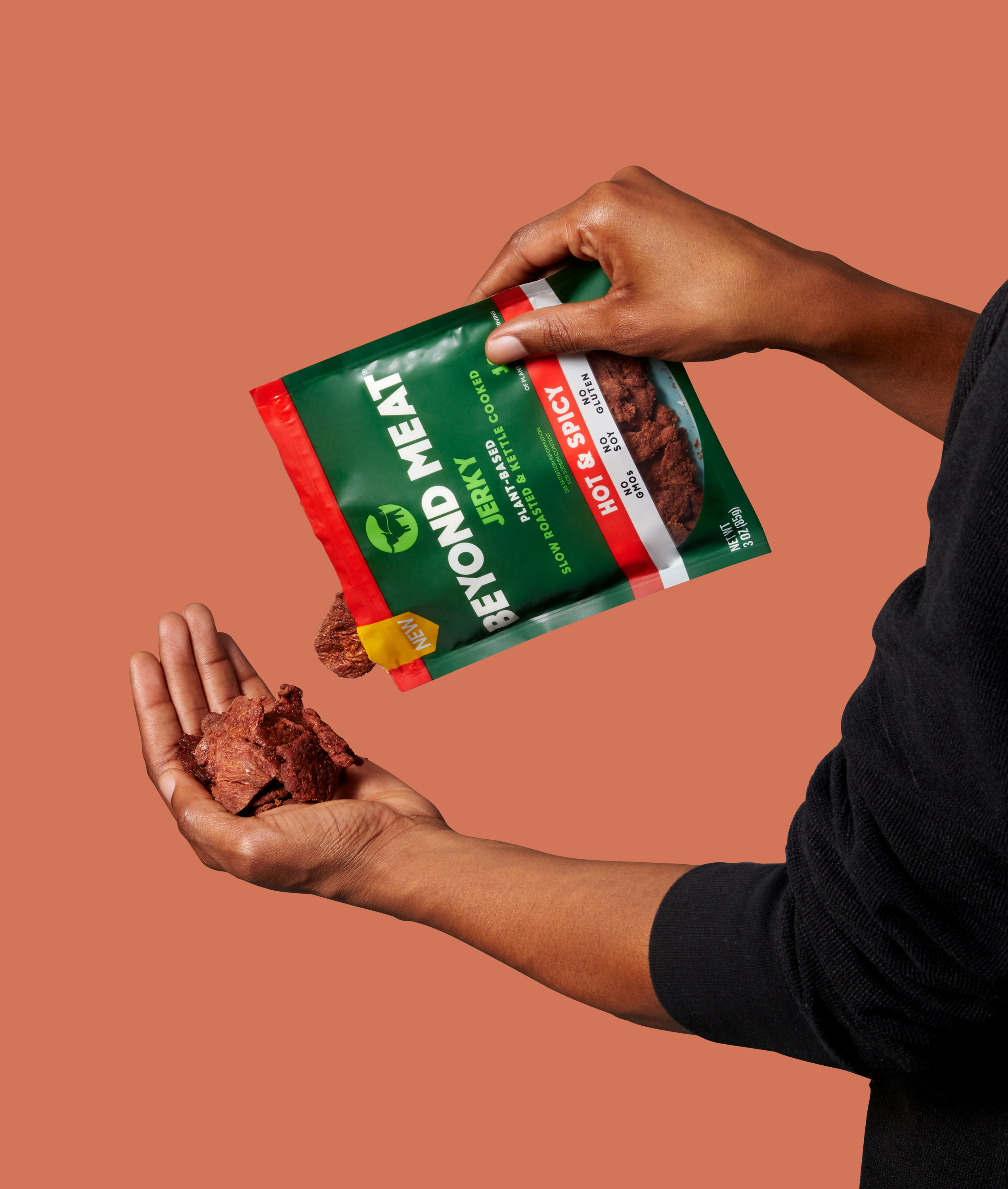 Beyond Meat is also expanding the consumer goods side of its business. In 2021, the vegan company partnered with PepsiCo in 2021 to create Planet Partnership, a venture that will result in new products that will leverage Pepsi’s extensive marketing and production networks while Pepsi can capitalize on the growth of the plant-based industry. In March, Beyond Meat and Pepsi released the first product under this partnership: Beyond Jerky. This is the brand’s first venture into the snack aisle. With its Beyond Jerky on store shelves nationwide, the brand is now exploring sliced vegan steak as the next part of its journey in creating a multi-billion dollar plant protein category that can truly disrupt animal agriculture with more sustainable, cruelty-free products.

During today’s WSJ event, Brown was pressed about whether the plant-based meat “bubble” has popped—or if the category is losing momentum. “The reasons to do what we’re doing and the reason for the consumer to engage with what we’re doing strengthens every day,” Brown said. “There’s the pandemic. There’s recession. There’s gas prices. There’s all this noise out there, but what continues to strengthen is the need to do what we’re doing … We’re getting better at that every year and with reason to do it in terms of climate, human health, the overall environment (land, energy, and water), and animal welfare … all those reasons continue to be present and increase in importance.”

During the event, he explained that disruptions to major incumbents, such as the global meat industry, do not happen in a linear fashion and he expects to go through several downturns while keeping his eye on the mission at large. “You’re going to have disturbances and you’re going to have distractions as you build a new category,” Brown said, explaining that similar trajectories have happened when technologies such as solar power or lithium ion batteries first emerged. “You go for a long run. You take a plateau. You go for another long run and then all of a sudden it’s mainstream,” he said. “That’s what’s happening in [the plant-based] sector.”

Brown often references the replacement of landlines by cell phones as a way to contextualize what he sees will happen in the food space, with new technologies (plant-based meat) replacing outdated models (animal agriculture). “What I see is an increasing global opportunity into a $1.4 trillion market,” Brown said, touching on all of the major partnerships—from McDonald’s to Pepsi—that Beyond Meat is currently involved in as an indicator about the scale of disruption that is planned. “All of these things are about building the next global protein company. And my vision for this is a $40 billion company not a $4 billion company. So I don’t think in quarterly terms. I don’t think in annual terms. I think in a longer term perspective we will deliver on this. I am absolutely certain of that.”