A vegan fungi protein bioreactor from Chicago-based company Nature’s Fynd is now in orbit aboard the SpaceX-25 to develop new ways to provide nutritious, sustainable protein for space exploration. The flight is the next step in Nature’s Fynd’s ongoing collaboration with NASA’s Established Program to Stimulate Competitive Research, Montana State University, and BioServe Space Technologies, a center within the University of Colorado Boulder.

The goal of the flight study is to demonstrate the use of a novel bioreactor technology for growing high-protein food on the International Space Station (ISS). So far, this bioreactor technology has proven to efficiently convert simple feedstocks on Earth, including vegetation and other plant material into high-protein fungi. Now, this flight will research the bioreactor’s efficacy under low-Earth orbit microgravity and radiation conditions.

“We’re thrilled to announce our role in the revolutionary NASA research to develop a safe, efficient, and robust system for producing fresh food in space. Our connection to NASA is deep—Nature’s Fynd started as a research project for NASA, which led us to discover a remarkable microbe with origins in Yellowstone National Park,” Thomas Jonas, CEO and co-founder of Nature’s Fynd, said in a statement. “We’re delighted to come full circle now and demonstrate our technology’s efficacy for future space travel.”

The novel bioreactor onboard the ISS will grow Fy, Nature’s Fynd’s versatile, nutritional fungi protein with origins in an acidic hot spring at Yellowstone National Park. It is grown using the company’s patented fermentation technology—which uses a fraction of the land, water, and energy required by traditional agriculture. Packed with all 20 amino acids, includ­ing the nine essen­tial ones, Fy is a com­plete veg­an pro­tein as well as a source of fiber and other essential nutrients. 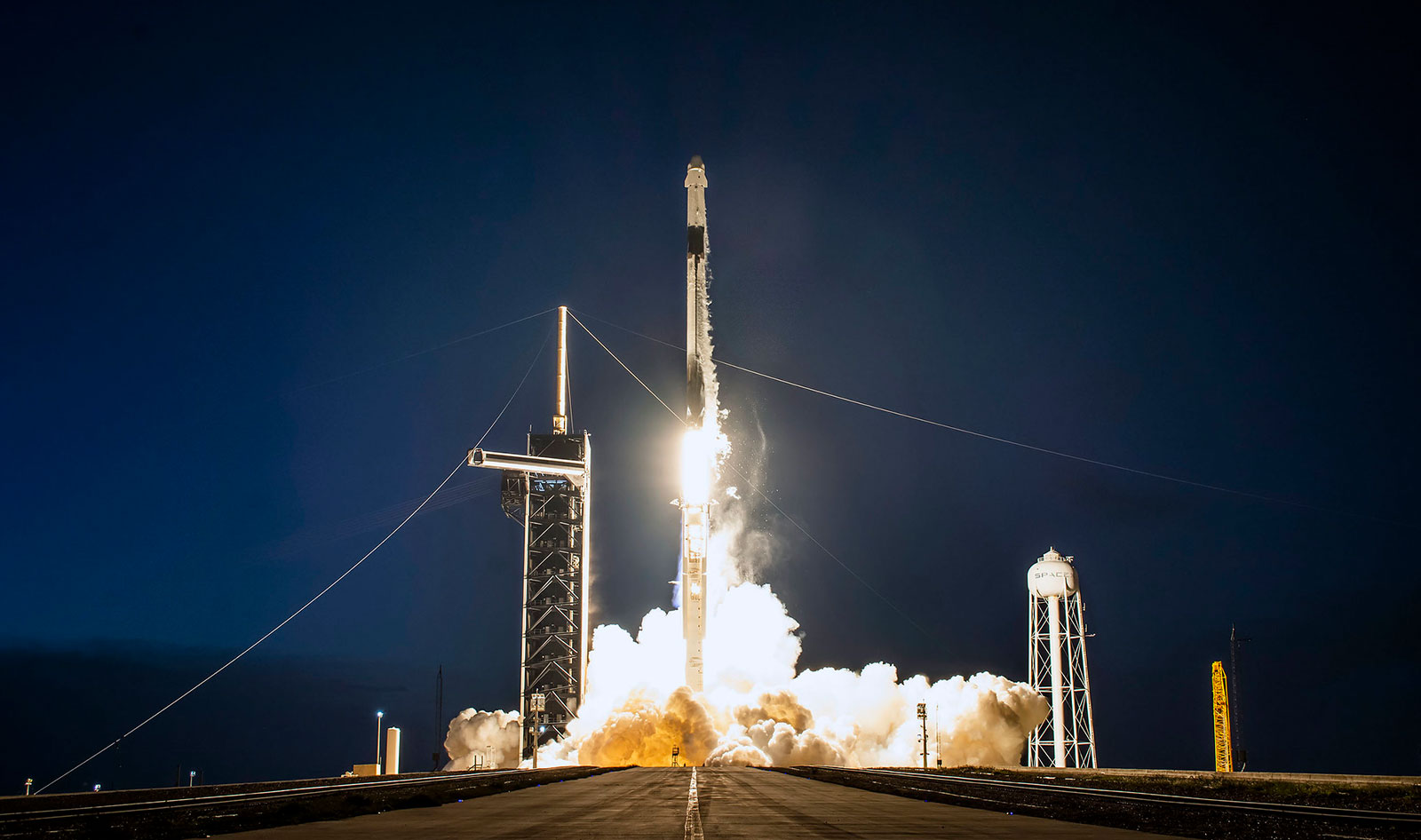 “Our breakthrough fermentation system is relatively simple, uses minimal energy and water, and delivers a nutritious protein that is easy to harvest, with little to no waste in a matter of days—as perfect for space as it is here on Earth,” Jonas said.

Nature’s Fynd’s Fy protein can also be found in its recent­ly launched vegan products, including Meatless Breakfast Pat­ties and Dairy-Free Cream Cheese, which are available in select grocery stores across the US, including select Whole Foods Market stores. Aside from its unique research for nourishing astronauts in space, the company aims to use Fy to create sustainable foods that nourish people while nurturing the planet.

“When visiting Yellowstone National Park, it’s important that people see the opportunity to help the planet, not harm. We want our consumers to share in our optimism about the future of our planet and preserve the very place they’re visiting,” Karuna Rawal, Nature’s Fynd Chief Marketing Officer, previously told VegNews. “That’s why we’re thrilled that our delicious, vegan foods made with Fy, our nutritional fungi protein, will be available to park goers.”

Raising over $500 million dollars to date, Nature Fynd’s use of microbial fermentation to create meat and dairy analogues is highly efficient because it requires less land, no soil, and no animal slaughter and can produce protein around the clock, whereas meat production is tied to animal biology. “There is this growing realization that microbes are pretty damn efficient. They make great protein and they do it really fast. You don’t have to plant a seed and harvest it six months later, and you can completely control the environment,” Jones told media outlet Foodnavigator-USA. “There is a revolution going on in protein production and in the future I don’t think people care if the ‘cells’ are from cows or microbes. No one is attached to killing cows, as [Impossible Foods founder] Pat Brown would say, they just like the meat.”

Yellowstone Park Microbes Helped Make This Meatless Sausage. You Can Now Get It at Whole Foods in 10 States.