There has been a years-long debate about the use of the terms “vegan” versus “plant-based” on food labels. With both terms being used interchangeably by big brands, the search for animal-free products has become increasingly confusing.

While a vegan label has a clear definition of what’s excluded from food products (any ingredient that comes from an animal), plant-based has varying interpretations and definitions depending on who you ask. The term has become a buzzword because of its positive association with health and wellness, and it is now being used on all sorts of products—animal-free or not. While some products labeled plant-based are also vegan, there are brands and restaurants that use plant-based as a synonym for flexitarianism, meaning they emphasize plants but may also incorporate meat, dairy, and eggs. To be clear, this is not plant-based. But with the food industry now using the two terms interchangeably, the question becomes which one should be officially adopted to describe food that is free from animal products.

Miyoko Schinner, vegan activist and founder of vegan cheese and butter company Miyoko’s Creamery, has long been urging the industry to officially adopt the vegan label. “Veganism is truly phenomenal (yup, I have that tattooed on my arm!)—it’s about the power we have, as individuals, to make change in the world for animals, people, and the planet,” Schinner says on LinkedIn. “Veganism is beautiful, sexy, [and] exciting.”

Meanwhile, Lisa Feria, CEO of venture capital firm Stray Dog Capital and an investor in Miyoko’s Creamery, is a strong proponent of using the term plant-based. Feria believes that using “vegan” alienates a large section of potential customers and creates a barrier to the widespread adoption of foods that are better for the planet. “I believe the term plant-based carries the broadest appeal and is easily understood,” Feria tells VegNews. “The term vegan still, unfortunately, has some negative connotations that expand beyond food consumption. Vegans typically live their lives seeking non-animal-based products in general. Flexitarians may just want a plant-centric meal for dinner.” 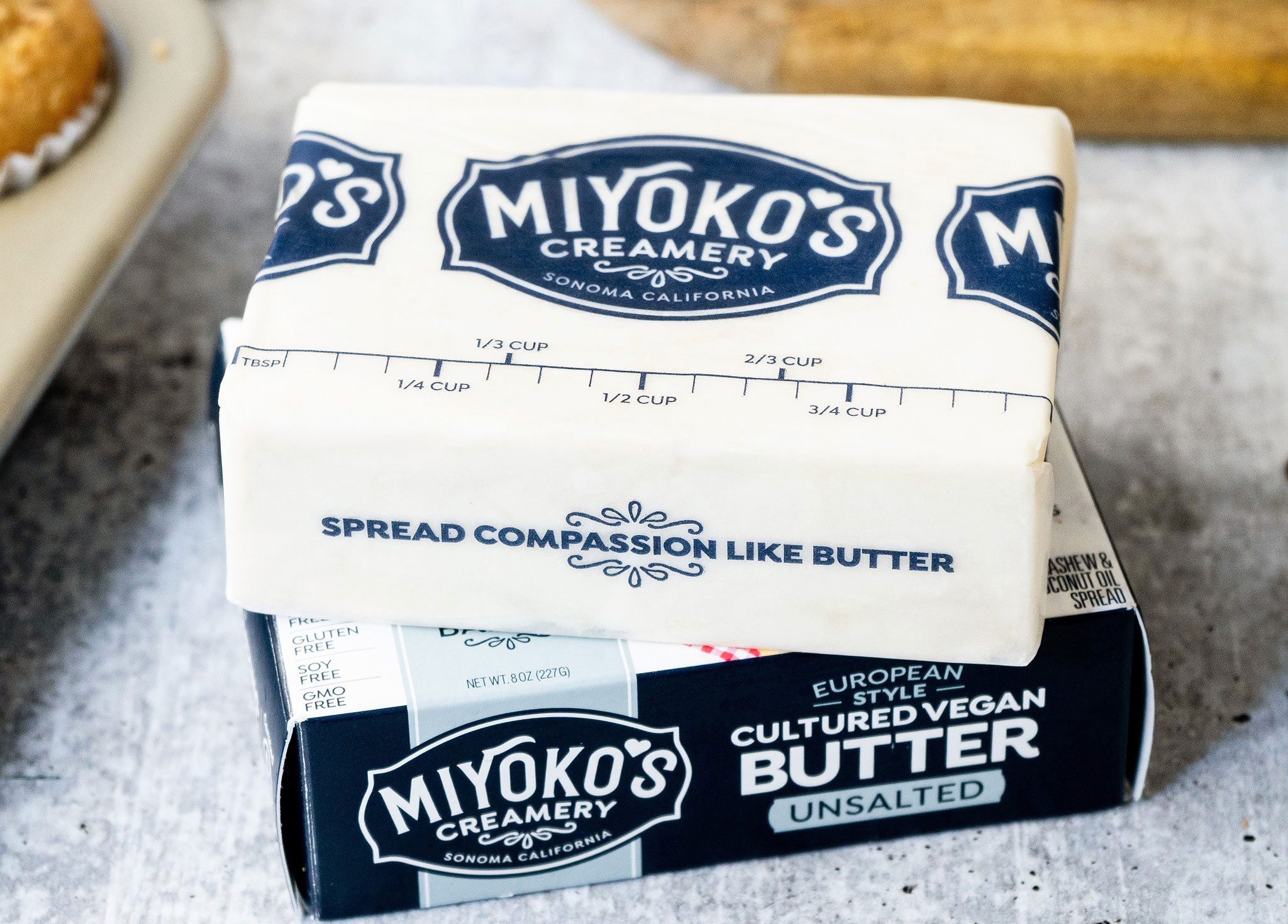 Although the vegan term might still be recovering from a negative connotation of extremism, Schinner says brands should be working to inspire and entice consumers via marketing instead of shying away from the term. “The food industry adopted the term [plant-based] out of fear of turning off consumers with vegan,” Schinner says. “A few consumer studies were even done, showing slight preference for plant-based, but also more confusion around it … In stark contrast, however, organic Google search terms exceedingly favors vegan over plant-based.”

Why is “plant-based” so confusing?

If the industry were to adopt the plant-based label, it’s especially important that the label is clear and transparent so that customers can make quick and informed decisions. “It’s about having the consumer self-select a product or category quickly without tapping into potential negative associations that have nothing to do with the food product they are buying,” Feria says.

According to a 2020 survey conducted by The Vegan Society on public perception of the two terms, approximately 64 percent of the 1,000 participants believed plant-based means the product contains no animal products. “Plant-based, as is generally used, means that it doesn’t contain the same main ingredient as the product they’re replacing (animal-based meats, or dairy, for example),” Feria says. “It is true some brands have decided to call products plant-based when the second ingredient is an animal-based ingredient.”

But Feria says there are ways to use the perceivably more positive plant-based term on the front of a food package to entice more consumers, while giving vegans reassurance on the back. “A clever tactic we’ve seen some of our companies use is to obtain the vegan qualification logo and place it on the back of the pack next to other logos (‘GMO free’ or ‘B Corp’ or ‘100 percent Organic,’ for example) that give additional context cues to those consumers when they are looking for final confirmation that the product has what they want and not what they don’t,” Feria says. “Consumers are used to turning around the packaging to find out more info—our job is to ensure the front of the back helps them pick it up, to self-select a pack that communicates the key benefits they are seeking. Once they pick up the pack, they add what is needed to jump to the next level (going into the cart)” 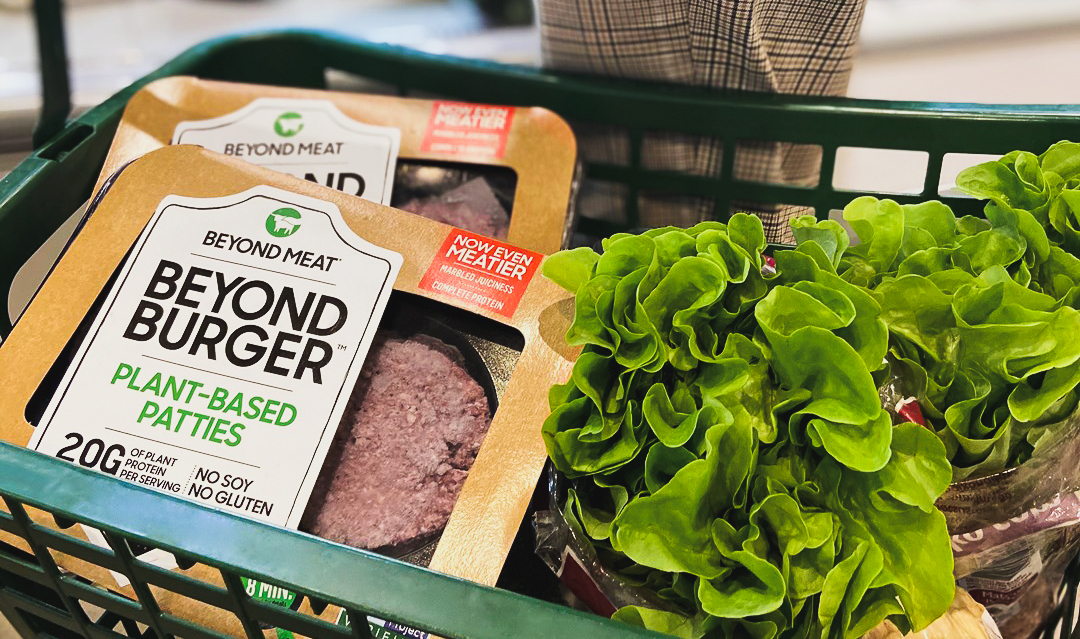 How do you market animal-free food?

Even with both terms currently being used interchangeably, the animal-free food market has exploded in popularity, and so the question becomes: What’s the best way to market this food to ensure its future growth? Schinner believes it’s the role of marketing to change the perceived “baggage” around the term vegan, especially since consumer perception is undergoing rapid change with increasing acceptance of vegan food.

“Marketing is often a rearview mirror, looking at the recent past and current state of consumer mindset, which works when you’re selling a product that’s been around for a long time, but doesn’t work as well in a nascent category that is reinventing itself constantly (like the plant-based category),” Schinner says. “I also believe that, more than ever, consumers are looking for leadership, direction, even inspiration from brands. Instead of working in fear of frightening people away, shouldn’t brands work rather to inspire and entice them, and show them how the world could be? Isn’t the role of marketing to help people imagine, to ignite in them a passion that they may not have felt before? The word vegan can do that.”

Many brands just like Miyoko’s would agree. These companies have embraced the term vegan because they don’t believe in watering down their mission with the plant-based label just because it may be an easier term for consumers to digest. British vegan food company VFC, which specializes in ever-popular vegan fried chicken, actually banned the term plant-based. “There is a very welcome—and apparently unstoppable—surge in the growth of vegan foods. And with that comes a range of ideas and marketing tactics, and a lot of different conversations. Most food companies use the term ‘plant-based.’ It’s gentler, perhaps, and plays to the many important health aspects of eating animal-free foods. This is a good thing. But it is not our thing,” VFC explains on its website. “Our stance on the language we use goes way beyond the health aspects of our product. We want to use our food as a starting point for a bigger conversation about the rights of animals, the health of our planet, and how our food choices impact these.” 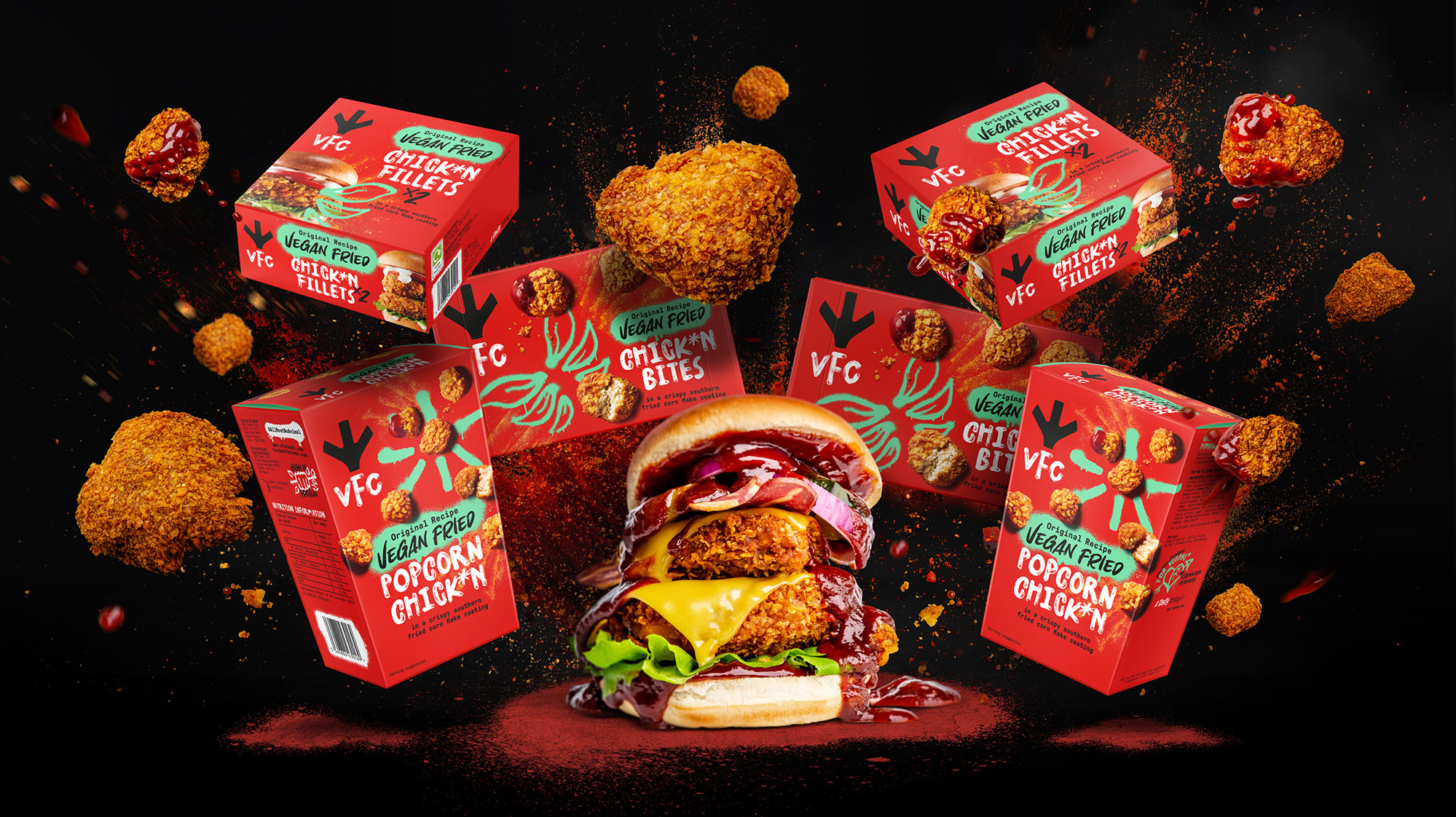 Despite Feria’s preference for plant-based, she says these mission-driven companies should keep doing what they’re doing. “There are some brands whose image, branding, and communication is about being vegan. They are communicating that they stand for the whole vegan ethos—to reduce or eliminate animal suffering through all the actions they do,” Feria says. “If the company’s lifeblood and passion stems from veganism, then it should be advertised as such to their consumers, who are looking to buy into that exact mission.”

Vegan food with a mission

Ultimately, if the food industry doesn’t want to alienate consumers, businesses and brands need to get on the same page, whether they are advocating for the vegan mission or not. “Clarity and consistency can only help with consumer selection and choice. I’d like to see the use of the name plant-based to mean the same across the board,” Feria says. “The quicker consumers can identify what they want (or not want), the quicker the company can shift to convincing them with their product characteristics (price, health, texture, taste, etc.). And with the plant-based category growing so quickly, that can only help in its expansion.”

Yet, perhaps the mission of all companies making animal-free foods should be to embrace the term vegan as if it’s going to save the world because according to many, including Schinner, it is. “If you can imagine a world without cruelty and suffering, that would be a vegan one,” Schinner says. “And I can honestly say that I have never frightened anyone by the use of this beautiful word. My job is to change its perception, rid it of any baggage (which isn’t as great as [consumer packaged goods] companies imagine), and give folks FOMO. The future of language is ours to define.”