Being vegan in 2022 is easy but certain things (ahem: Hot Cheetos and Cool Ranch Doritos) have yet to be properly veganized. Who can we call to the rescue? None other than basketball superstar Chris Paul, a two-time Olympic gold medalist who the NBA recently named one of the 75 best players in history.

As it turns out, Paul is also a big-time snack aficionado and since going vegan, has not been able to find just the right vegan snacks to hit the spot … so he made his own. Created in collaboration with quick delivery platform Gopuff, Paul developed a new, boldly seasoned vegan snack brand called “Good Eat’n” that captures some of his favorite nostalgic flavors. 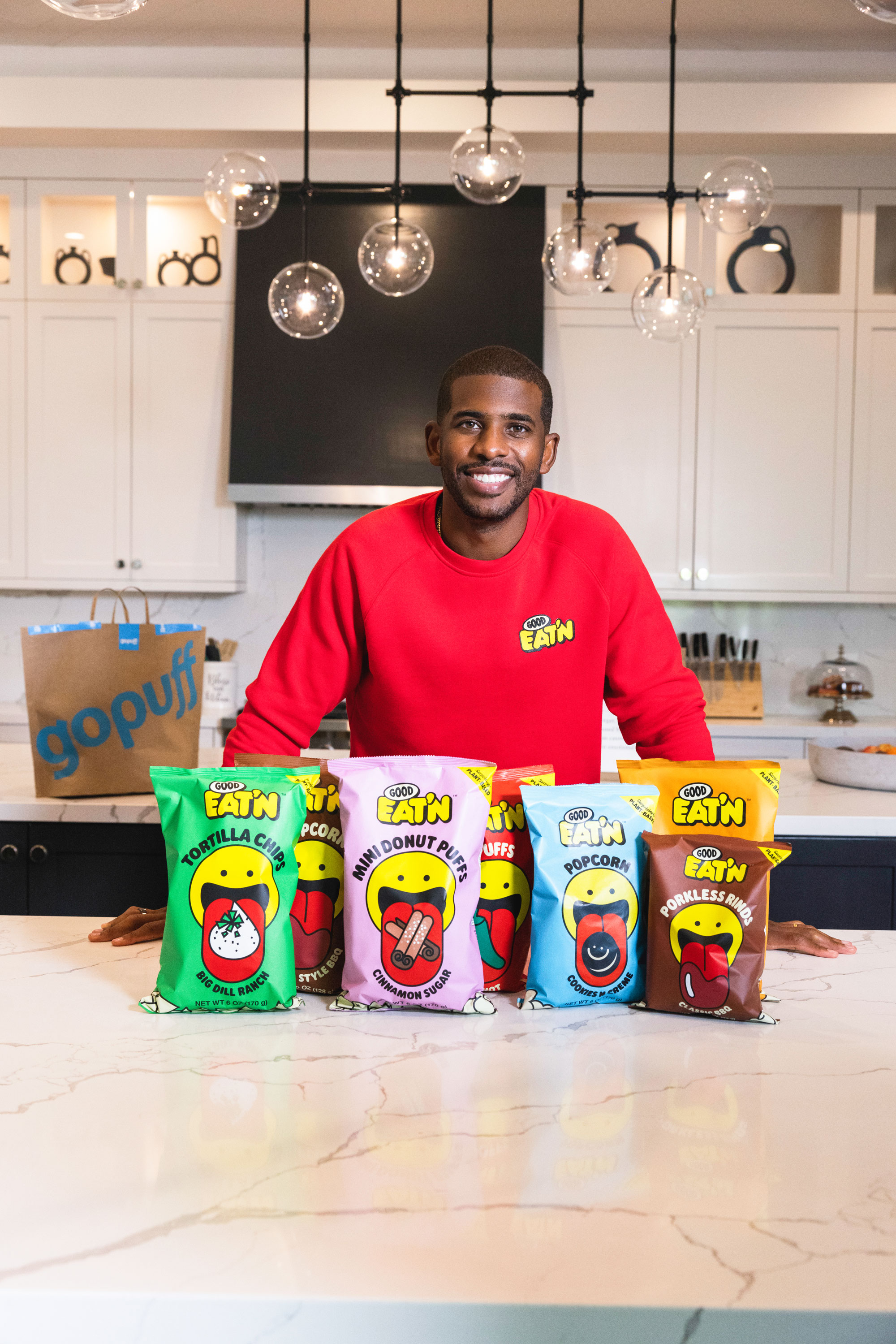 “Cool Ranch Doritos was my thing. That was my snack at school or at lunch time or during the summer. Or when I was playing on travel teams,” Paul told VegNews during a press conference. “And so now, to have our flavor that gives you that same nostalgia but you know that it’s plant-based has been the coolest thing.”

Gopuff and Paul approached the brand development with consumer data they collected from taste tests, focus groups, and surveys in mind, which helped them identify the snacks consumers were craving most. They learned that consumers—both vegan and not—want more approachable and inviting plant-based snacks, with a heavy interest in spicy puffs. 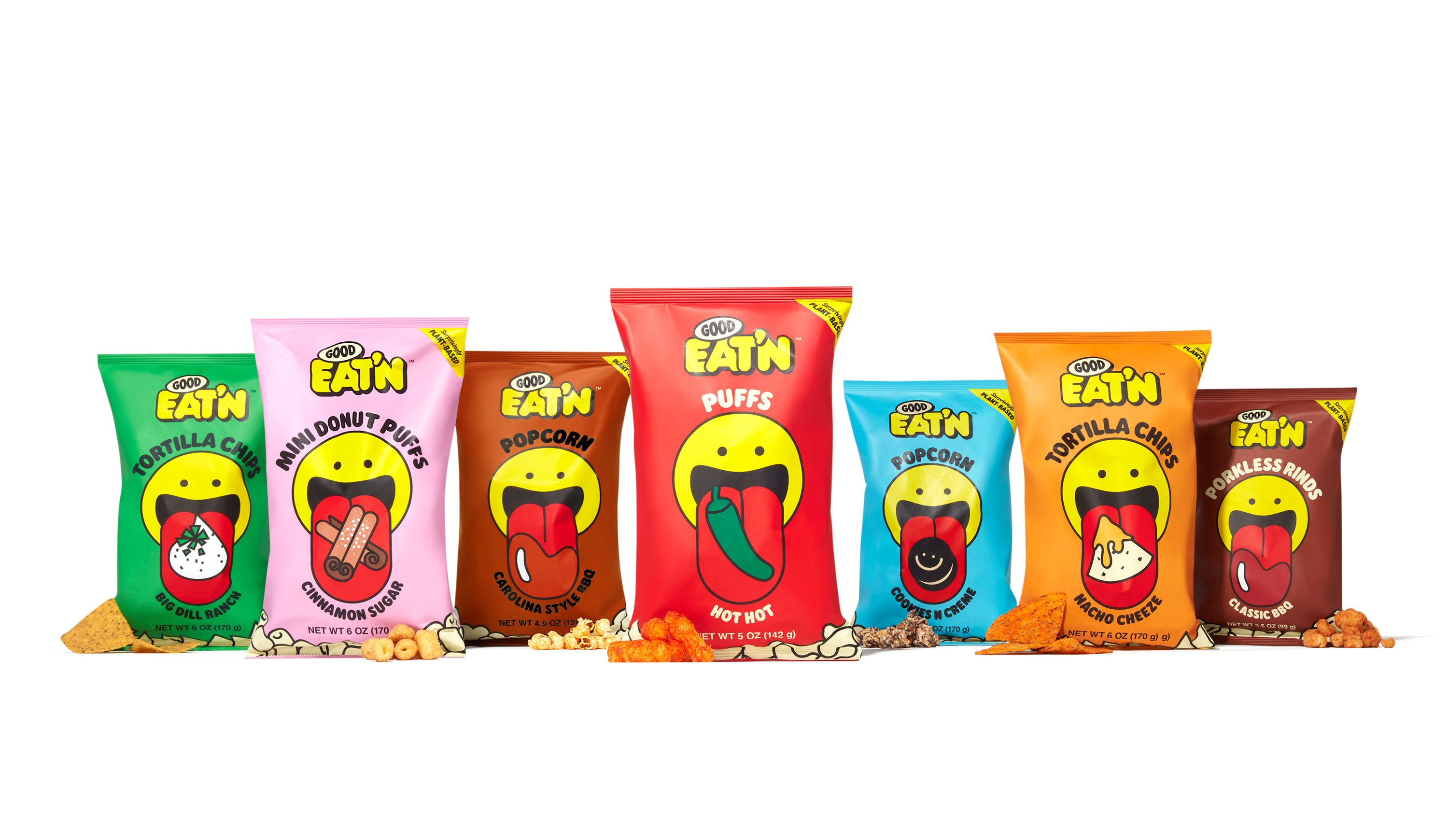 “Creating this entirely new product line with Chris shows Gopuff’s proven ability to not only launch products on its platform, but to serve as a true incubator for brands,” Yakir Gola, Gopuff co-Founder and co-CEO, said in a statement. “As a long-time partner, Chris deeply understands how to leverage Gopuff’s platform to meet the evolving needs of the modern consumer.”

Paul identifies as a “life-long snacker” and has been exploring the world of plant-based snacks since he went vegan in 2019. “I’ve been plant-based now for three years,” he said during the conference. “And it has been life-changing for me.”

With Good Eat’n, Paul wants to surprise consumers—even those who are put off by the idea of “vegan” food—with how flavorful vegan snacks can be. “We wanted to make a product that was plant-based but not just for plant-based eaters. It’s for eaters,” Paul said with a smile. “It’s for people who want something that tastes good.” 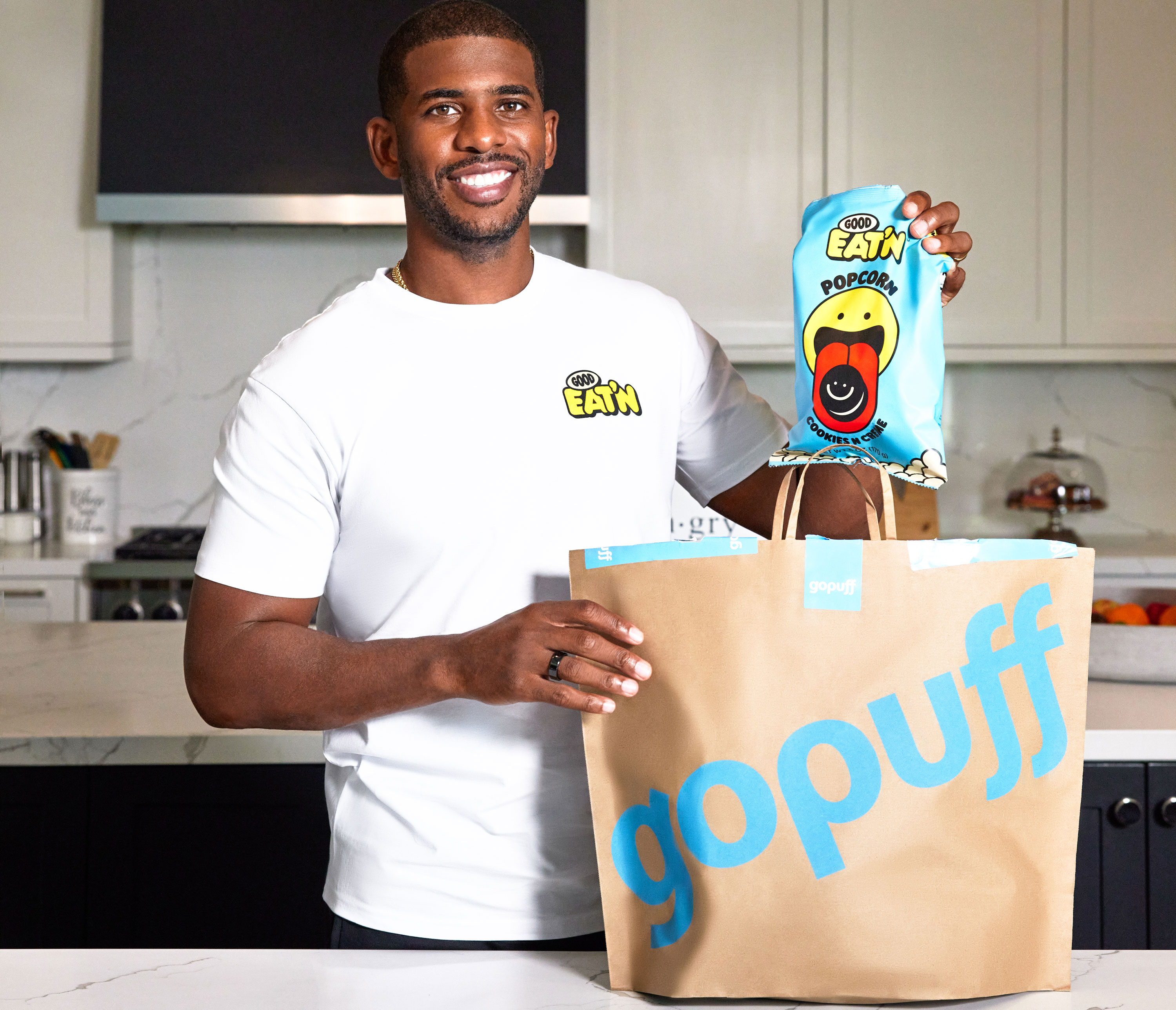 The Good Eat’n line features an array of snacks—including barbecue flavors that speak to Paul’s North Carolina roots—but for the NBA champion, it’s all about cookies. As such, his favorite snack of the bunch is the Cookies N Creme Popcorn, which he says he cannot stop eating.

Paul clarified that he has never been a fan of any kind of cheese, vegan or otherwise, but acknowledged that the Nacho Cheeze Tortilla Chips he created have a certain quality. “It’s really good if you like Doritos and things like this … it’s nostalgic.”

While Good Eat’n is the first brand Gopuff created with Paul, the NBA star has been working with the company since last year to help diversify its plant-based offerings, particularly those made by Black- and Brown-owned businesses. For his Good Eat’n brand, the colorful packaging was created by Black and female-founded design studio Utendahl Creative. Paul also sees his work with Gopuff as a way to make plant-based foods exciting and more accessible.

“[Paul’s] passion and commitment to a plant-based lifestyle, along with the integral, hands-on role he’s played in creating this brand since day one has been a labor of love,” Gola said. “We are excited to expand our partnership with Chris and introduce Good Eat’n.”

Vegan snacks for the win

While discussing his new vegan snack line, Paul opened up about the benefits he has felt both on the court and off as a result of transitioning to a plant-based diet. “When I first started, it was for athletic purposes but when I started to dive into the information, it was for health … for life,” Paul said. “What I would tell a young athlete is: ‘You don’t have to go cold turkey—or cold tofu—like I did. But at least if you can start to introduce healthier [plant-based] options like I did, I guarantee you it will change your life like it did mine.’”

The 37-year-old athlete says he is still learning about plant-based living but is already seeing some major health benefits, including a lack of soreness after working out extensively, improved gut health, and higher energy levels.

“It’s literally been a cheat code,” Paul said about his plant-based diet. “I don’t believe that I would still be playing at the level that I am playing had I not made that change.”

Eating plant-based is becoming more normalized in the NBA, and once-skeptical colleagues are now inspired by the real-life benefits Paul has experienced after going vegan … and some, including Paul’s Phoenix Suns teammate Devin Booker, are already interested in Good Eat’n. 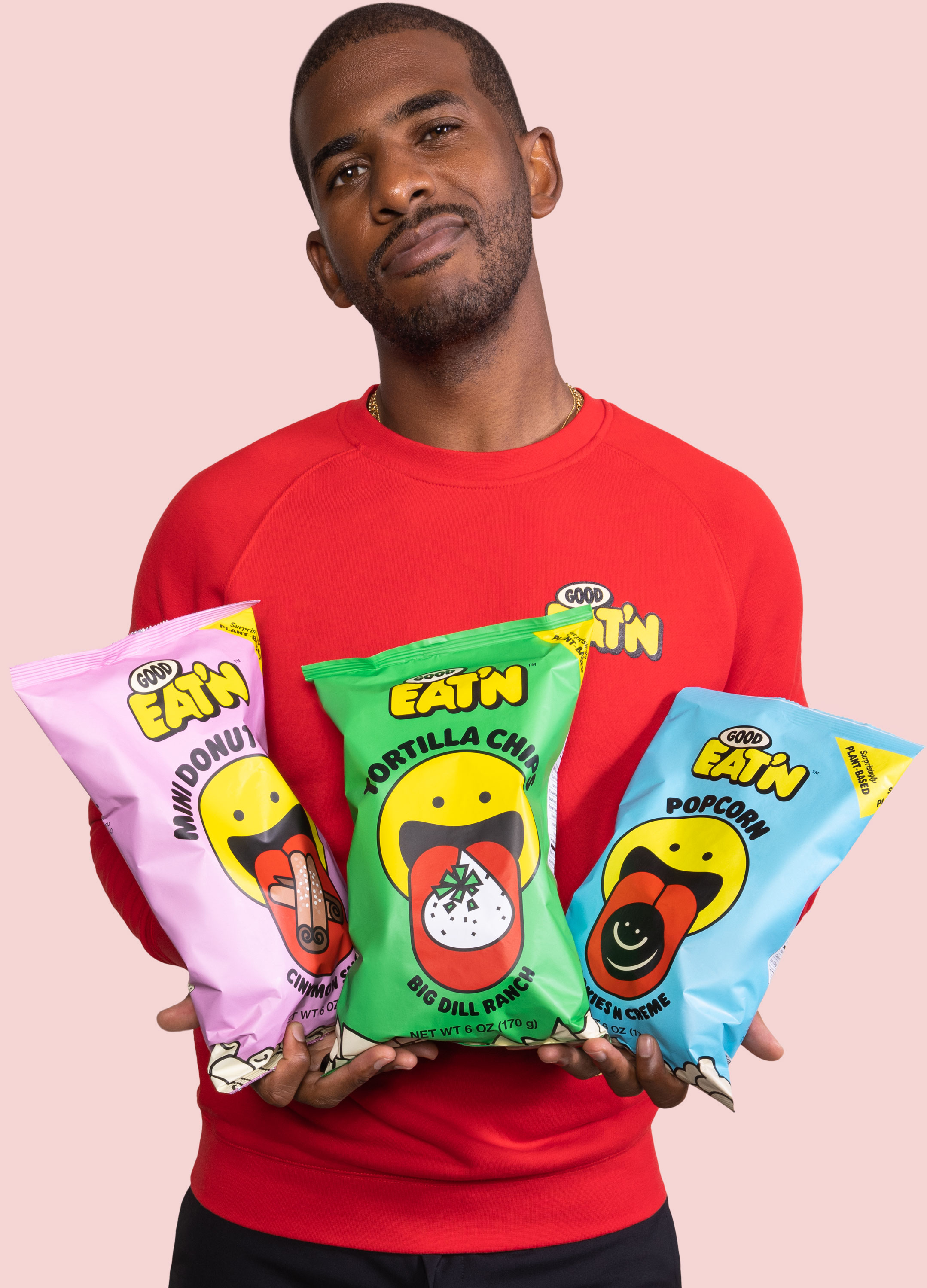 “Every time he sees me eating, he says, ‘Oh, you’re eating that grass,’” Paul said about Booker. “We flew back from Phoenix yesterday and it was great seeing him eating the [Good Eat’n] Cookies N Creme bag. It’s been fun because the bag says, ‘Surprisingly plant-based.’”