A few years ago, vegan butcher shops offering hand-made and sliced deli meats that you can buy by the pound were practically unheard of. Today, dozens of them are popping up across the country, from The Herbivorous Butcher in Minneapolis, MN to The Butcher’s Son in Los Angeles, CA.

But the difference here compared to the vegan butcher shops we have come to know and love is that Unreal Deli’s deli meats are placed in the glass case of the service deli counter alongside traditional animal-based meats. 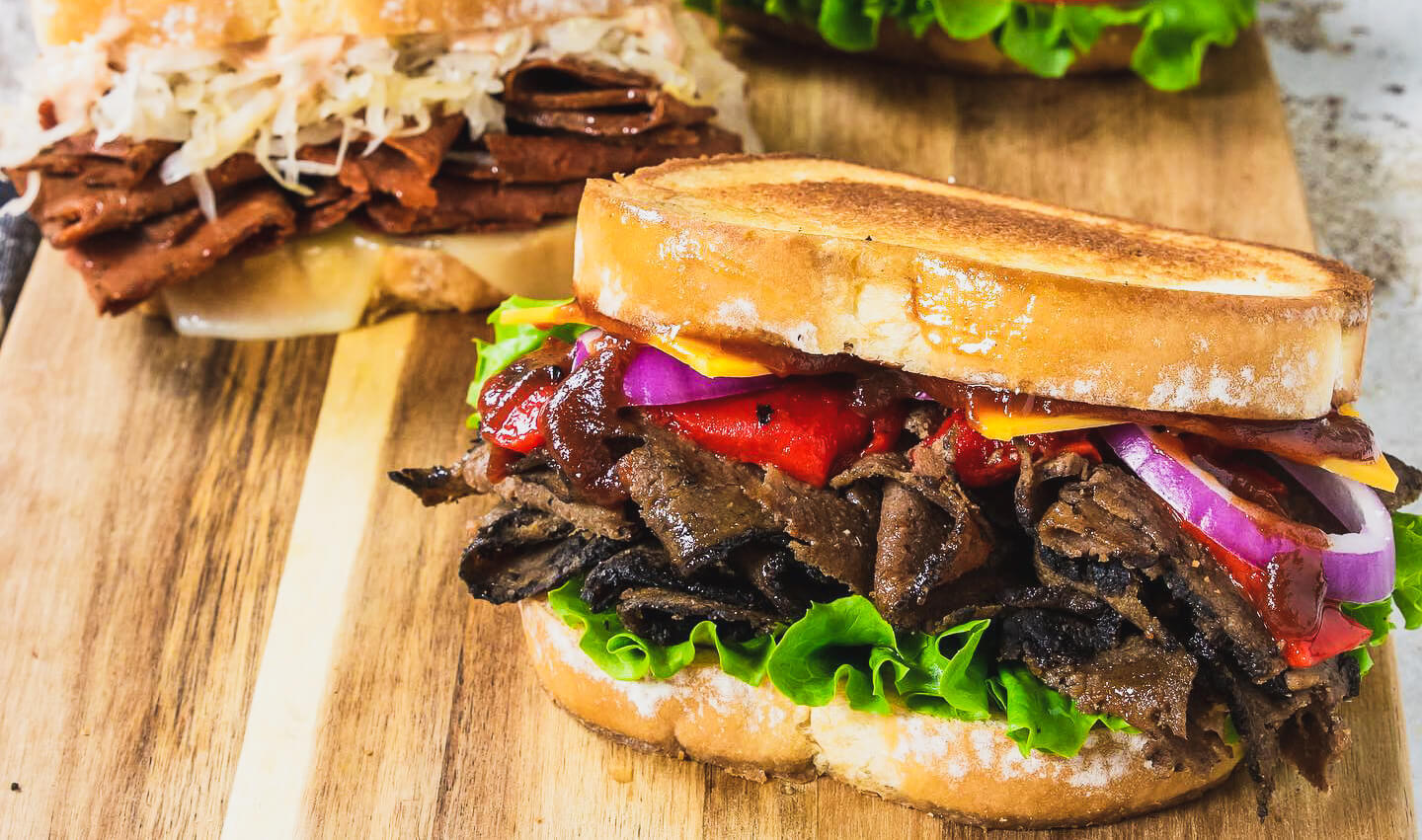 The first vegan brand to be in this particular store placement, Unreal Deli is following the lead of brands such as Beyond Meat, which was the first to place its vegan burger meat in the meat aisle of supermarkets in an effort to truly compete with meat inside stores. Now, you can find other meatless brands such as Impossible Foods and Meatless Farm competing for space in the refrigerated meat aisle to get in front of consumers who are looking to reduce their meat consumption.

The report noted, however, that while a number of retailers offer impressive on-shelf plant-based product options, many lack vegan protein options in the deli, prepared foods, salad bar, hot bar, and grab-and-go areas. “This leaves open a significant opportunity for leadership,” the report notes. “Professionally preparing these products gives customers a taste of a dish they could prepare at home using items on the retailer’s shelves, potentially driving in-store sales.”

In its report, GFI says that for plant-based products to be more accessible to the mainstream shopper, they should be placed within the conventional animal-based categories or integrated in both meat and vegan aisles. “In light of the critical importance of in-store placement to household penetration, as well as learnings from the rise of natural and organic products in conventional grocery stores, we strongly recommend integrated or integrated-segregated merchandising,” the report says. 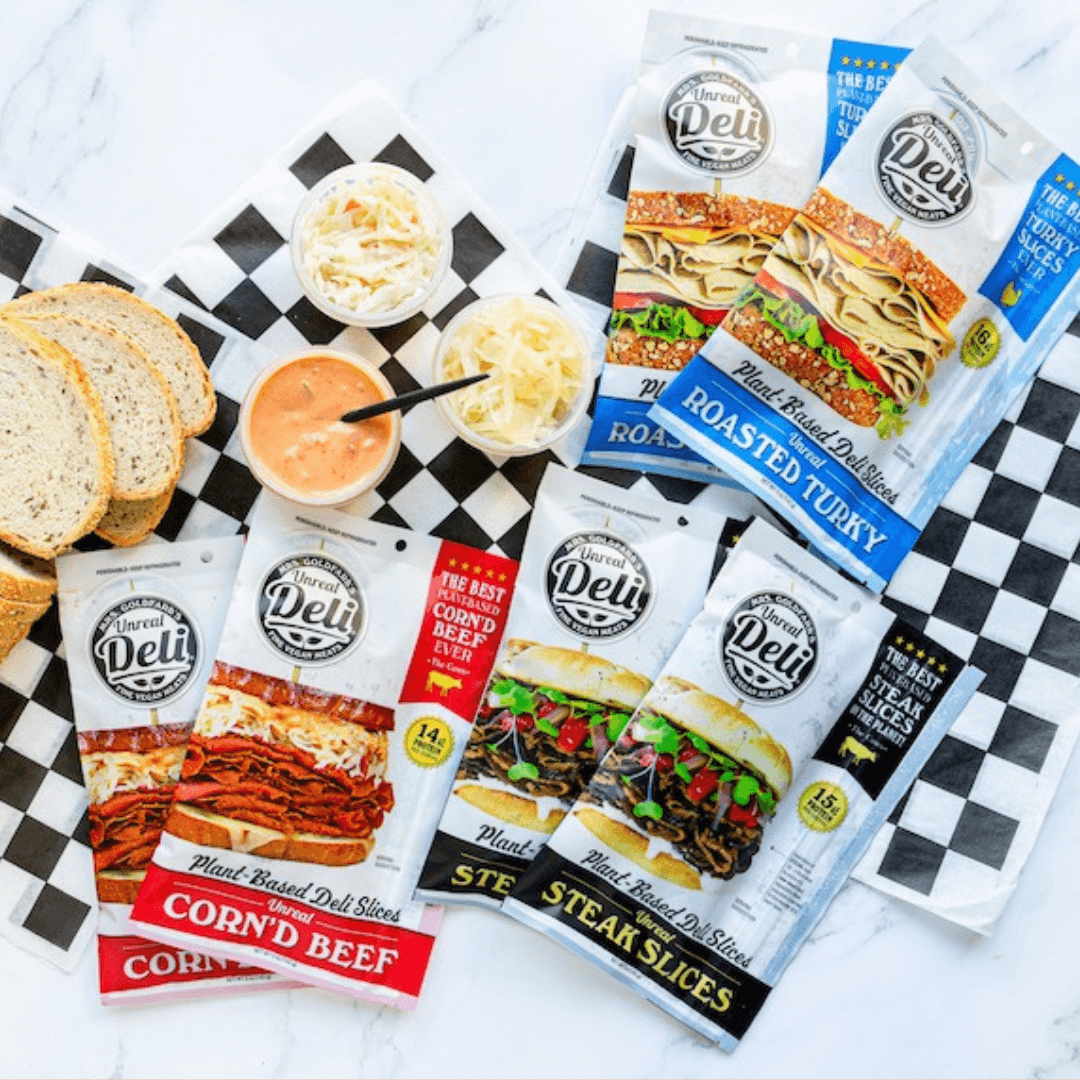 The integration of vegan meat is not just an occurance in the US but across the globe. Over in Germany, one location of Rew—one of the largest food retailers in the country—recently transformed part of its meat counter into a vegan butcher shop following a 45 percent increase in sales of its vegan range compared to last year. More than 30 vegan meats, including sausages and minced meat, are available and the staff are specially trained in the offerings.

For Unreal Deli, being the first vegan brand to make its way behind the deli counter in the US means mainstream shoppers will be more likely to see it and try it. Since launching in 2019, the brand has been on a mission to bring authentic New York-style vegan deli meats into the modern age by offering them at traditional meat counters in foodservice and retail.

Soon after launching, Unreal Deli founder Jenny Goldfarb, who is the great-granddaughter of New York delicatessen owners, and her vegan meat brand caught the attention of Mark Cuban on investment reality show Shark Tank, where Goldfarb received a $250,000 investment. Unreal Deli has since partnered with major brands, including Quiznos, Veggie Grill, and Costco.

“This is a groundbreaking moment for our brand, and we are proud to provide consumers with the same experience you’d have buying animal-based deli meat,” Goldfarb said in a statement. “My New York City deli roots are what inspired these products and we’re thrilled to have our premium plant-based offerings available in key markets across multiple states behind the deli counter glass alongside other traditional delicatessen products.”

It might not be long before other vegan brands make their way into the supermarket deli case, too. California startup Prime Roots unveiled its own vegan deli and charcuterie meats earlier this year with an aim to reach meat-eaters directly by stocking its products alongside meat in supermarket deli cases and sandwich shops nationwide. 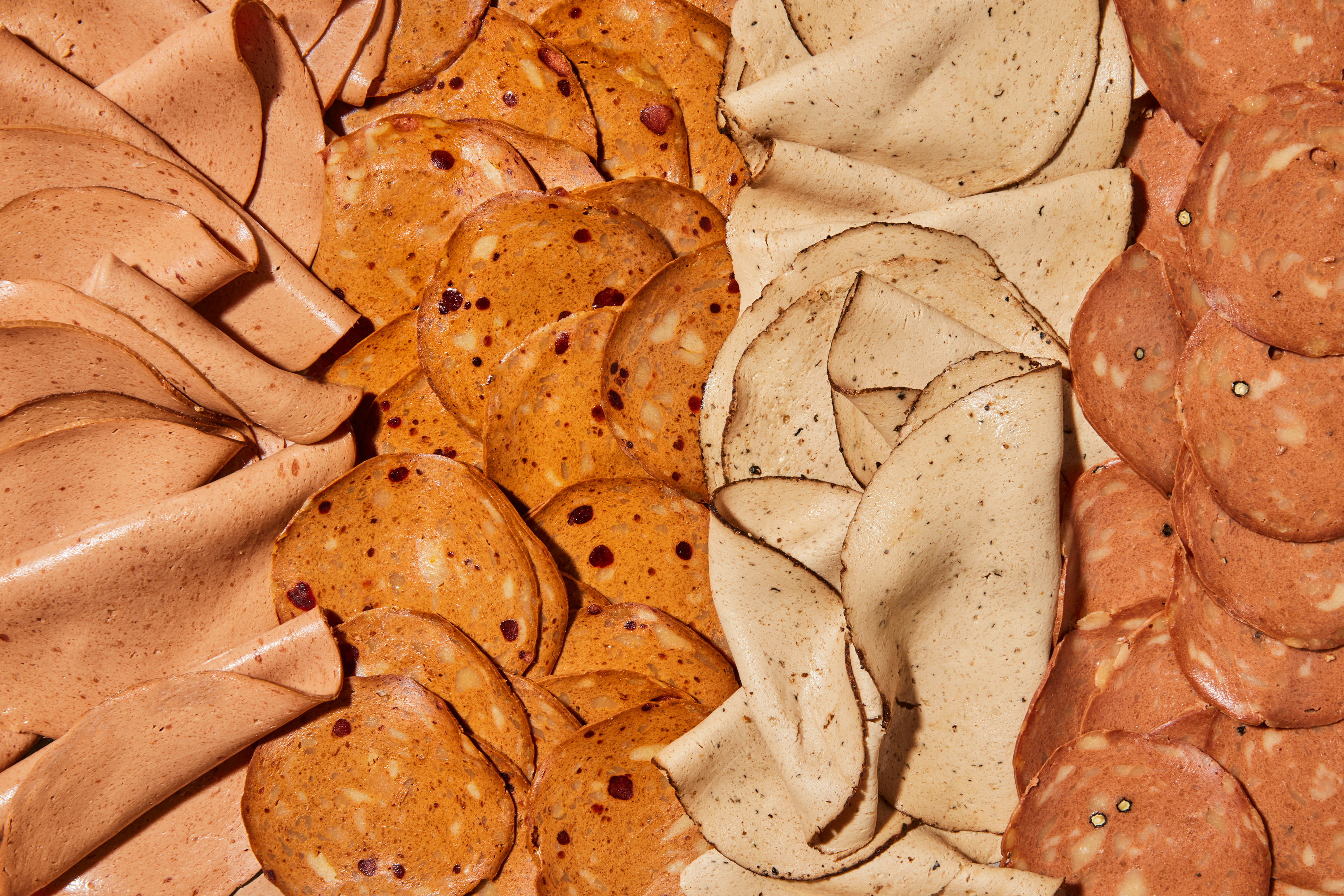 Unlike other plant-based deli meats on the market, the brand’s Koji Meats line is made from koji (a Japanese fungus) and features both classic deli meats such as cracked black pepper turkey, smokey ham, and pepperoni, along with delicacies such as meatless foie gras and pâté.

This week, two Bay Area grocers—Berkeley Bowl and Bi-Rite—added Prime Roots meats to their shelves. At Bi-Rite, the grocer also offers Prime Roots vegan meats behind the deli counter as part of the new sandwich Prime Roots Vegetarian Muffaletta, which features Prime Roots koji ham and salami, with dairy provolone cheese, olive and sundried tomato spread, arugula, and lemon vinaigrette on a French roll. This sandwich can be made vegan by removing the cheese. The vegan meats are also available as part of Berkeley Bowl’s sandwich menu and will be sold by the pound in its deli case in the coming weeks. 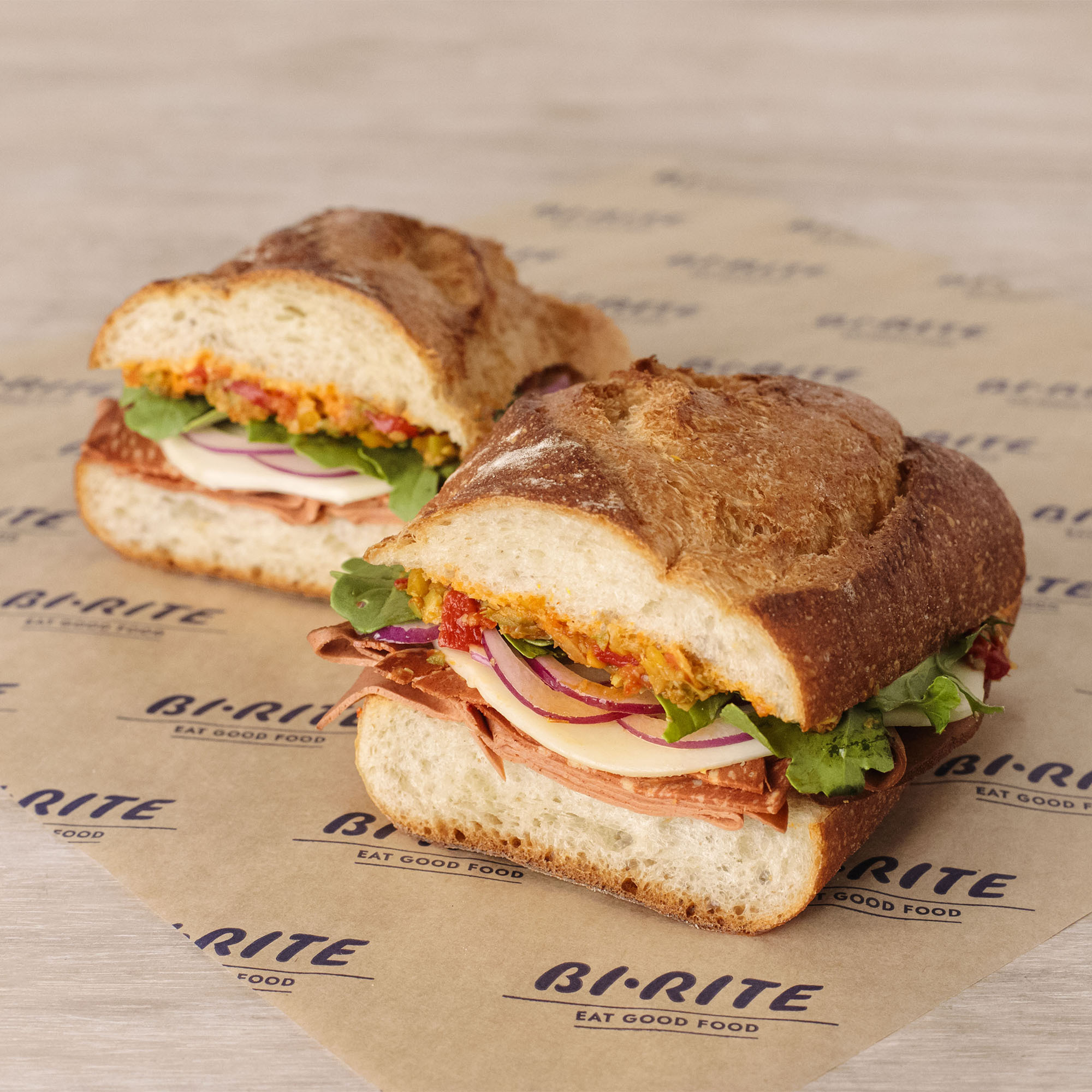 “I grew up as a deli kid—going to my local grocery stores and would always get deli slices and try fresh sliced samples coming off the slicer when I was at the store and really learned the culture and loved meat from this experience as do a lot of people,” Prime Roots co-founder Kimberlie Le previously told VegNews. “Americans consume more deli sandwiches than burgers a year—and consumption of both is extremely high. We want to be in a category where we can deliver on the meat experiences and culture that most people grew up with to really drive change.”