Since 2006, Upton’s Naturals has been making vegan meat in Chicago, gaining vast knowledge along the way on how to succeed as a mission-driven, vegan brand. Its newly launched project, Liberation Kitchen, is looking to share this knowledge with up-and-coming vegan companies through a residency program that gives them the chance to test their products and menu items in real time.

Liberation Kitchen is a merger of two businesses owned by Upton’s: Liberation Donuts—a vegan doughnut shop Upton’s launched in 2020—and Upton’s Breakroom, a café that debuted in 2013, originally designed to serve hot meals to its vegan meat factory workers. 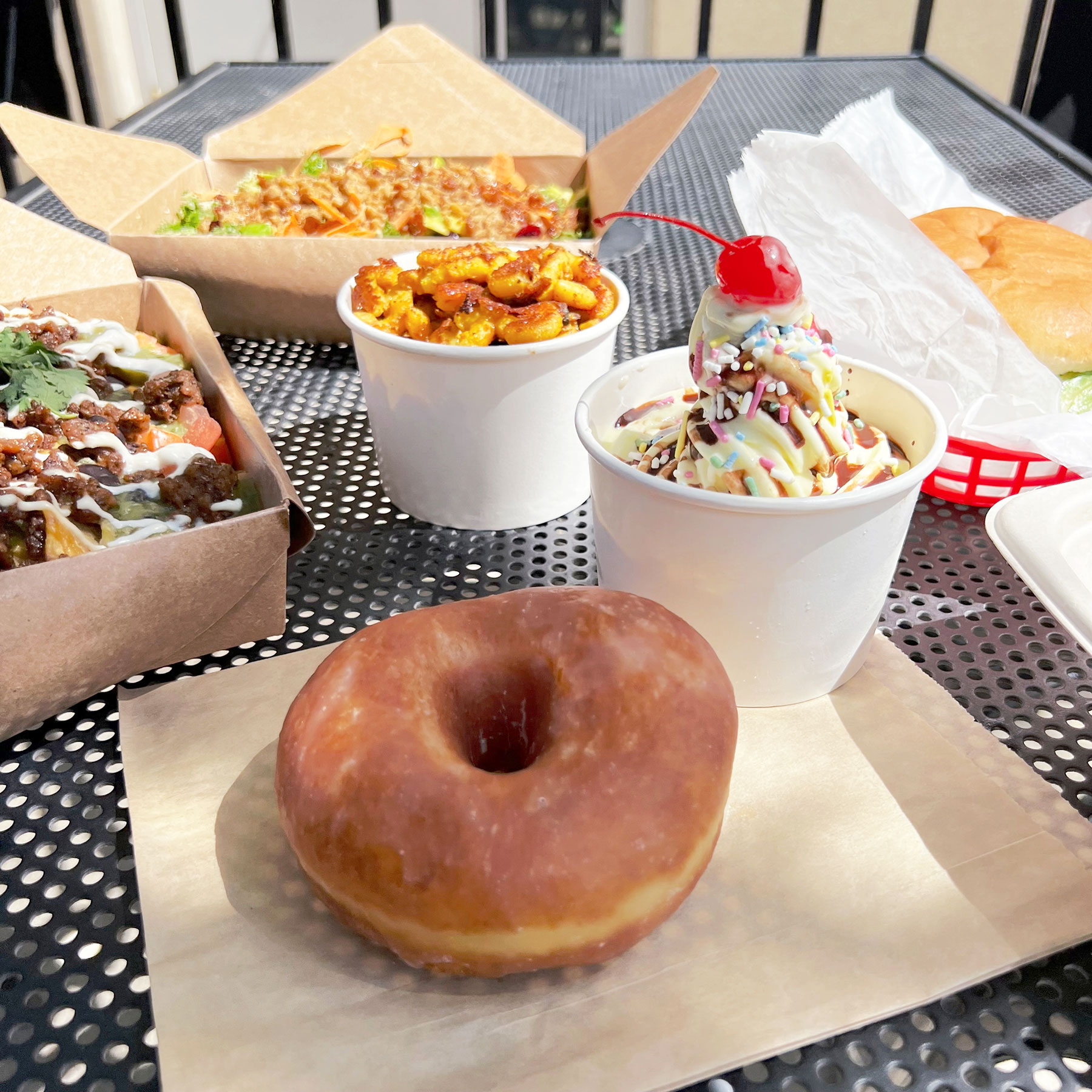 Liberation Kitchen will continue to serve all of the Breakroom favorites, along with Liberation’s old-fashioned, cake-style doughnuts—a favorite of Upton’s founder Dan Staackmann—but with an added twist of new products and menu items from resident companies.

The new combined concept was sparked by Upton’s move to a larger facility, where these businesses operated out of a large, underutilized space, Natalie Slater, Upton’s Marketing Manager, tells VegNews.

“Dan always had this dream of giving other emerging vegan brands access to a certified kitchen and a factory space—all of the things that were a struggle for him starting the company 16 years ago,” Slater says. “The new concept offers all of these things and more for new brands as they look to expand.”

The menu at Liberation Kitchen

Upton’s Breakroom is known for its comfort food favorites and the menu of Liberation Kitchen will continue to serve popular items such as Fried Bacon Mac (made with Upton’s seitan bacon); Chicago Style Updogs (made atop Upton’s vegan hot dogs); and Nacho Plate (which features Upton’s chorizo, along with all the classic nacho toppings). 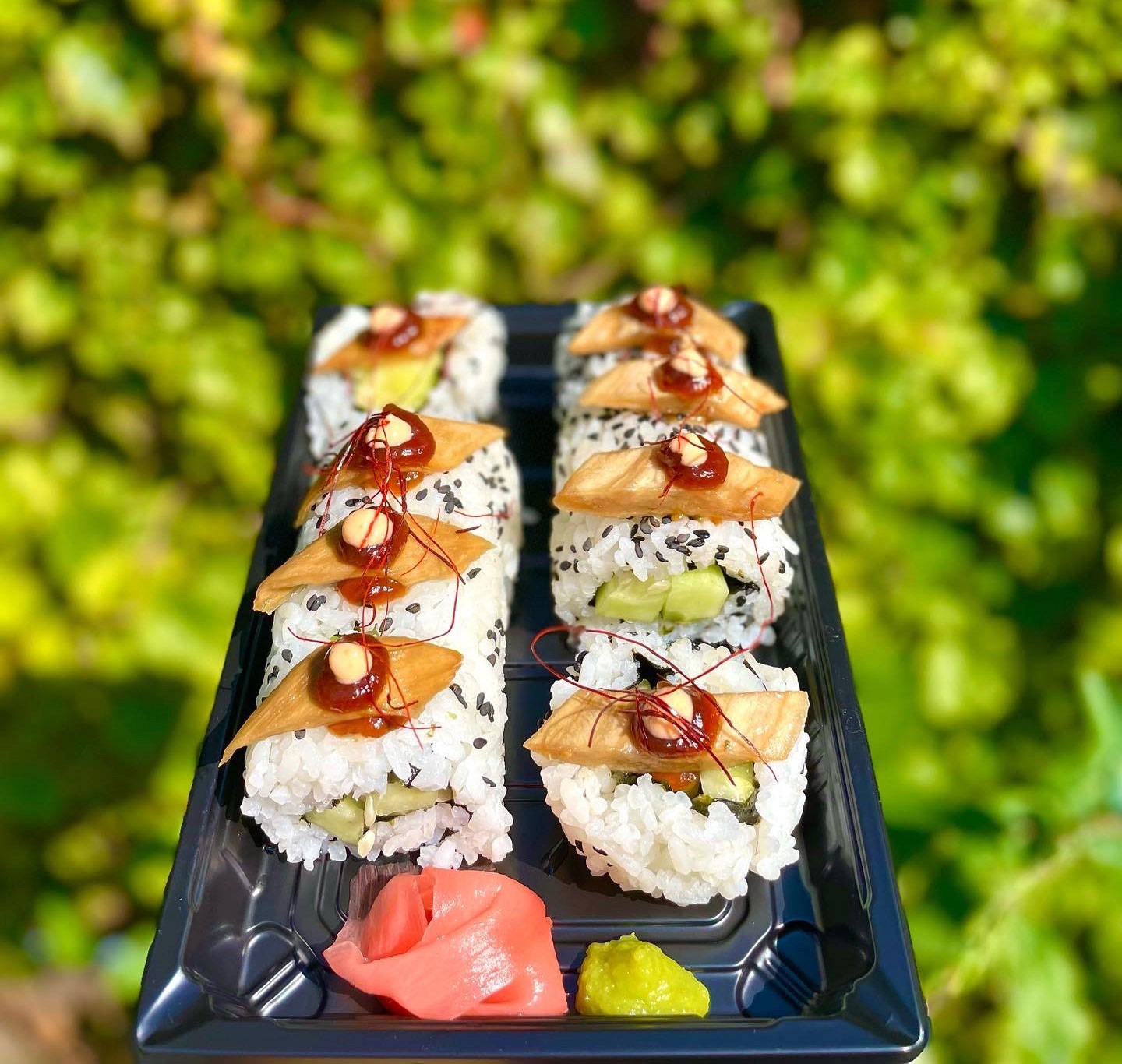 The residency program allows businesses like Snackie Chan to go a step beyond the pop-up experience with steady walk-in customers and inventory maintenance. It also gives Breakroom and Liberation Donuts customers a chance to try something new.

“It was a no-brainer for us for [Lemasters] to be the first person to be piloting this program,” Slater says. “We know she makes delicious food and her concept is great.”

Building the future of vegan food

After Snackie Chan, Liberation Kitchen will feature other local brands and is open to consumer products, grab-and-go items, and restaurants, or other concepts that have found some amount of success and demonstrated demand but are struggling to take it to the next level. Currently, the company is sorting through a variety of applicants, giving fully vegan businesses—as opposed to companies with vegan offerings—priority to build the next generation of successful plant-based brands. 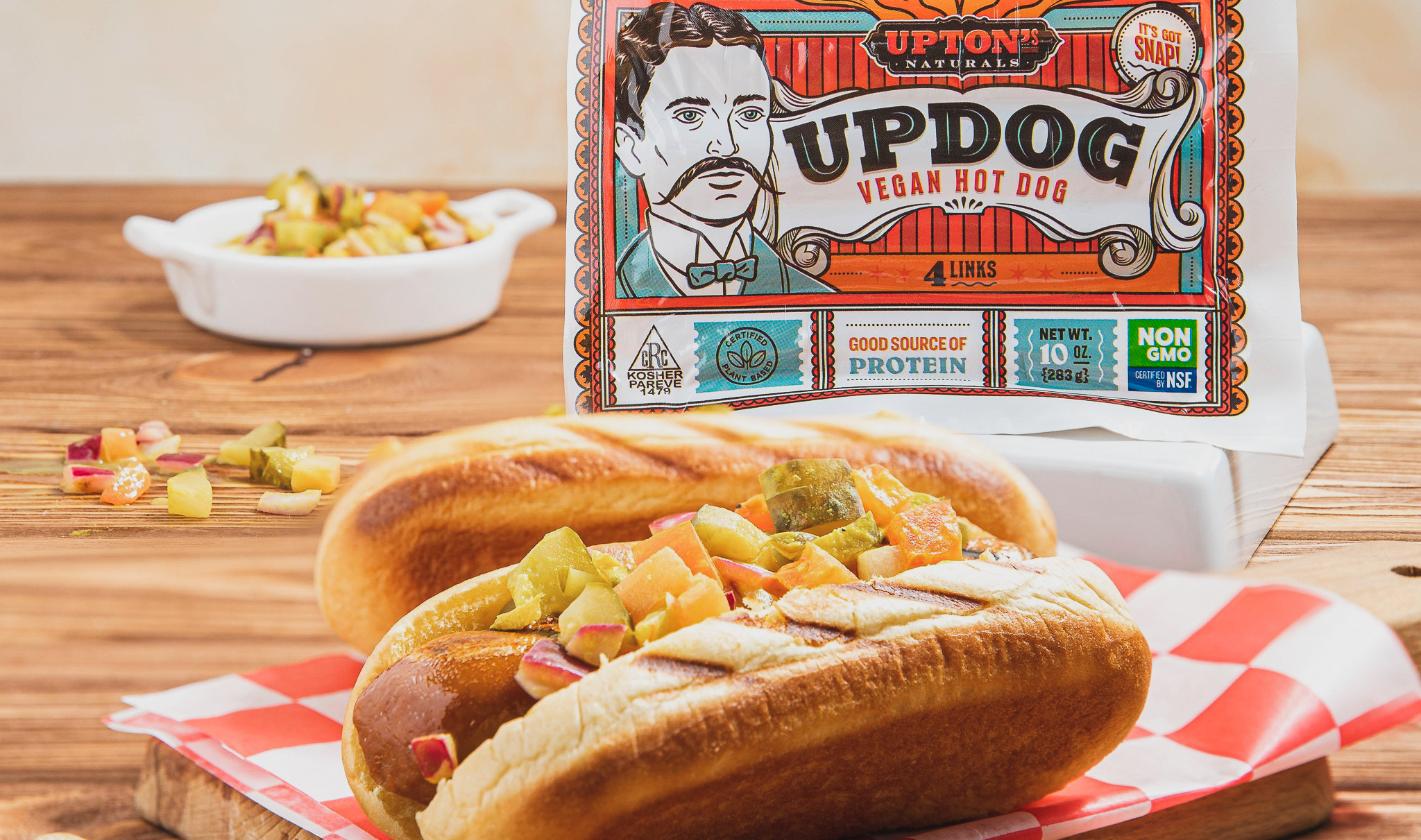 “We’ve been in business 16 years now … and we still feel like we’re just getting started,” Slater says. When Upton’s first started, its vegan meats were labeled “vegan/vegetarian” to convey its messaging in a muted way to the limited number of consumers seeking out vegan products. Now, Upton’s ethical vegan statement is proudly printed on its packaging—a symbol of how far veganism has come, Slater says.

“There has certainly been a huge evolution and that has enabled us to really grow as well,” Slater says, explaining that Upton’s has since grown into many categories, including boxed mac and cheese, on retail shelves. “Upton’s is one of the very few privately owned, self-funded vegan brands that has national distribution … we have a passion for supporting other brands with similar missions and vegan values. Any support that we can provide as far as our know-how, our factory space, and our built-in retail is for us a stepping stone to try to create more successful, independent-owned vegan brands.”

On the retail side of things, Upton’s vegan products are now distributed in approximately 5,000 retail locations and the brand is not slowing down any time soon. It recently expanded its hearty soup line by three flavors (Minestrone, Crimson Lentil, and Chick & Wild Rice), will release its first vegan holiday roast this year at Sprouts, and is always looking to expand distribution to give more consumers access to plant-based foods.

“Our vision for the future is, ‘How do we make it even easier to be vegan?’” Slater says.

While major food companies such as General Mills, Kellogg’s and Nestlé have ruled the food industry, and are diversifying their portfolios with plant-based offerings, the landscape of food producers is changing with access to consumers through non-traditional channels such as social media. Through its new Liberation Kitchen, Upton’s hopes to give vegan brands more footing so they can boldly expand their concepts to infuse the plant-based food movement with even more choices.

“There is so much open space and blue sky for new things and I think people are ready to support those brands,” Slater says. “It can be really tough if you’re trying to do the traditional retail route with your products because you are, whether you like it or not, competing with your peers but also maybe with Nestlé. But that doesn’t mean that’s how you have to do it. There are so many ways to have a brand now and sell your product.”