Animal-derived foie gras—or the inflamed liver of a duck or goose—has not been served on restaurant menus in California for years. This week, LinkedIn HQ in Sunnyvale, CA confidently put foie gras on its menu with one caveat: this foie gras is made without any animal products by Sacramento company The Better Meat Co.

Why is foie gras illegal? Animal-derived foie gras is made by force-feeding birds until their livers become inflamed, a cruel practice that many animal-rights advocates and consumers want to see banned. In California, the fight over foie gras has been a decade-long endeavor. 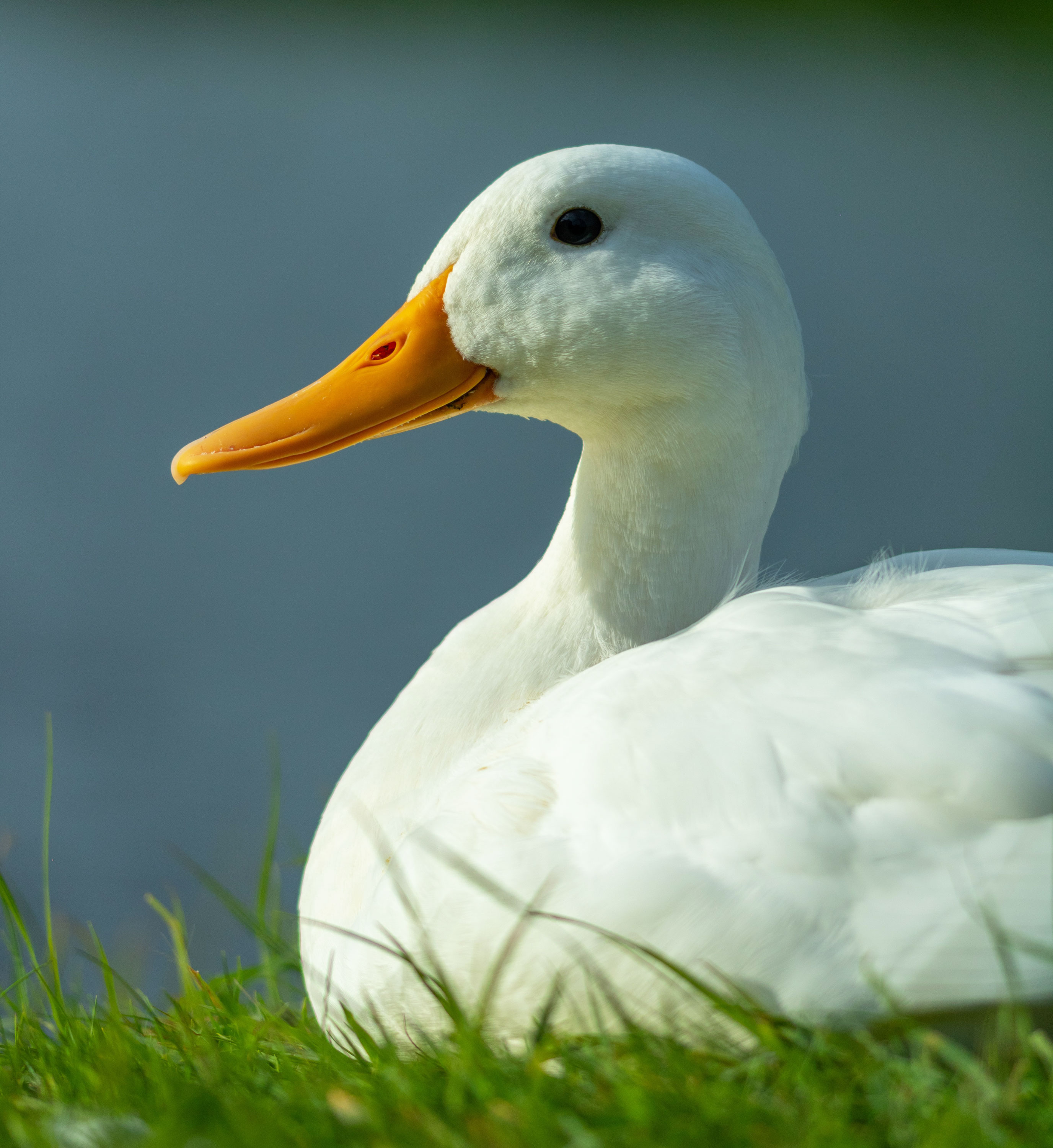 In 2012, California banned the production of the cruelly begotten liver and prohibited restaurants from selling or giving it away. However, the law was overturned in 2015 on the grounds that regulating food ingredients is a federal matter under the Poultry Products Inspection Act.

In 2017, judges in the state’s 9th Circuit Federal Court of Appeals voted unanimously to reinstate the ban on foie gras. However in 2020, this court allowed individual buyers in California to purchase foie gras produced outside of the state. Most recently, in May 2022, the court upheld this ruling but rejected challenges to overturn the 2012 law.

Over at LinkedIn HQ, employees are getting a taste of what the future of legal foie gras might be in California.

Legal foie gras made from mycelium

So how is LinkedIn HQ circumventing this law and serving foie gras? The Better Meat Co’s version does not involve force-feeding birds to fatten their livers. Instead, the product relies on Rhiza, a fast-growing, fungi-derived microbe that is fed a starch such as potatoes—or other upcycled agricultural byproducts—that undergoes microbial fermentation to produce a meat-like base that can be used in a variety of applications, including alternatives to beef, chicken, fish, caviar, and, as it turns out, foie gras. 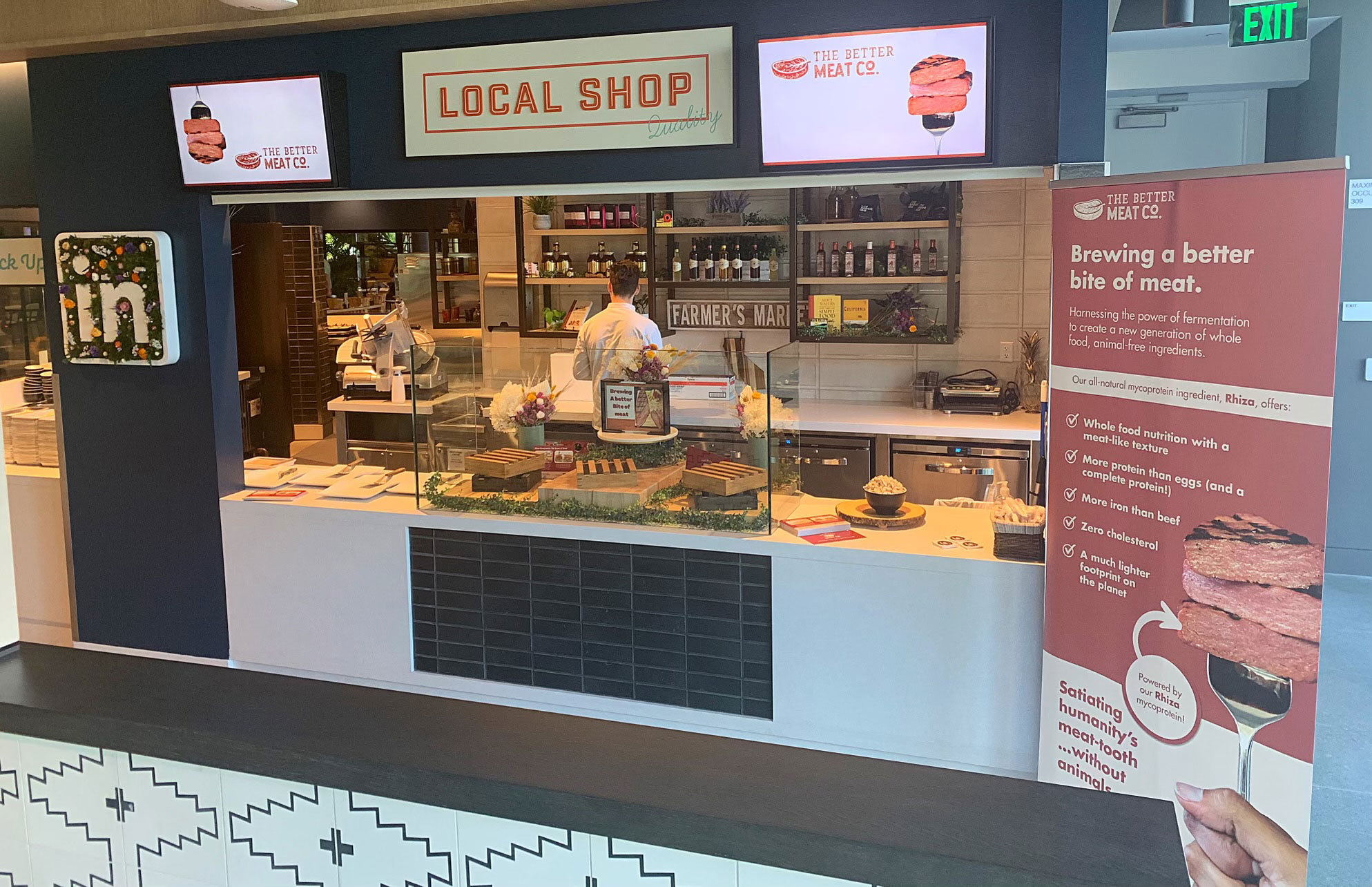 At LinkedIn HQ, the company loves to introduce its employees to the myriad innovation that happens outside its Silicon Valley doorstep. As such, the social media platform reached out to The Better Meat Co. to highlight its mycelium meats during a one week pop-up. It will be the only dining establishment to legally serve foie gras in California, which it offers to employees atop toast. LinkedIn will also treat employees to sandwiches made with The Better Meat Co.’s vegan turkey slices created using the same microbial fermentation process. 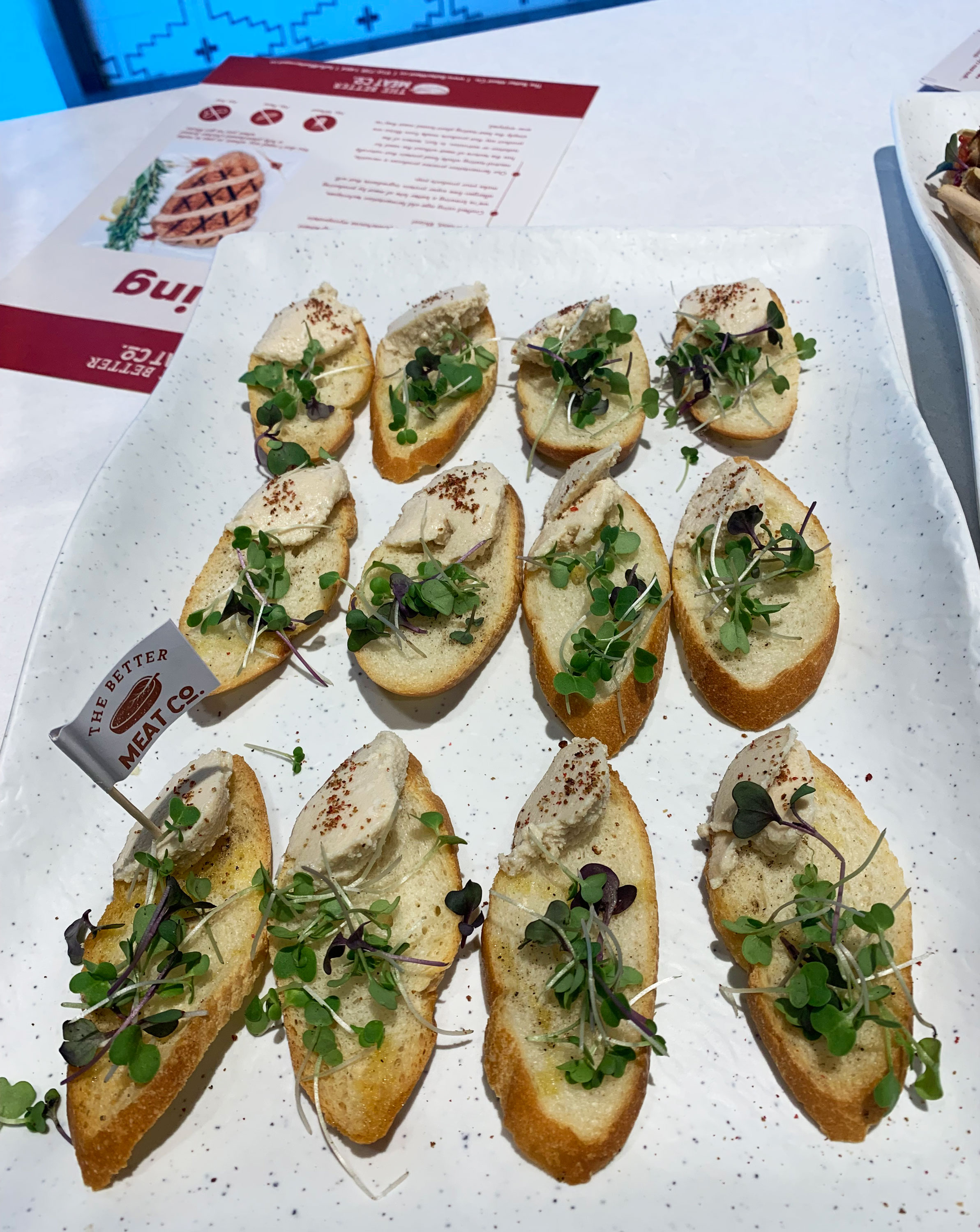 For the foie gras, The Better Meat Co. created the meaty base that was then transformed with flavorings and fats to give it similarities to its animal counterpart but with key differences. “There’s no factory farming involved. There is no animal cruelty,” Joanna Bromley, co-founder and Executive Vice President of Finance at The Better Meat Co., tells VegNews. “And it’s much better for your health, as well.”

Mycelium meat for all

The Better Meat Co. was founded by vegan visionaries Paul Shapiro and Bromley in 2018 with the goal of making mycelium meats that outcompete their animal-derived counterparts in every way. Products created using Rhiza mycoprotein are nutritionally superior to animal products and contain more protein than eggs, more iron than beef, and more potassium than bananas but without any cholesterol or saturated fats. The base is also a natural source of B12, a vitamin that is essential for people who do not consume animal products. 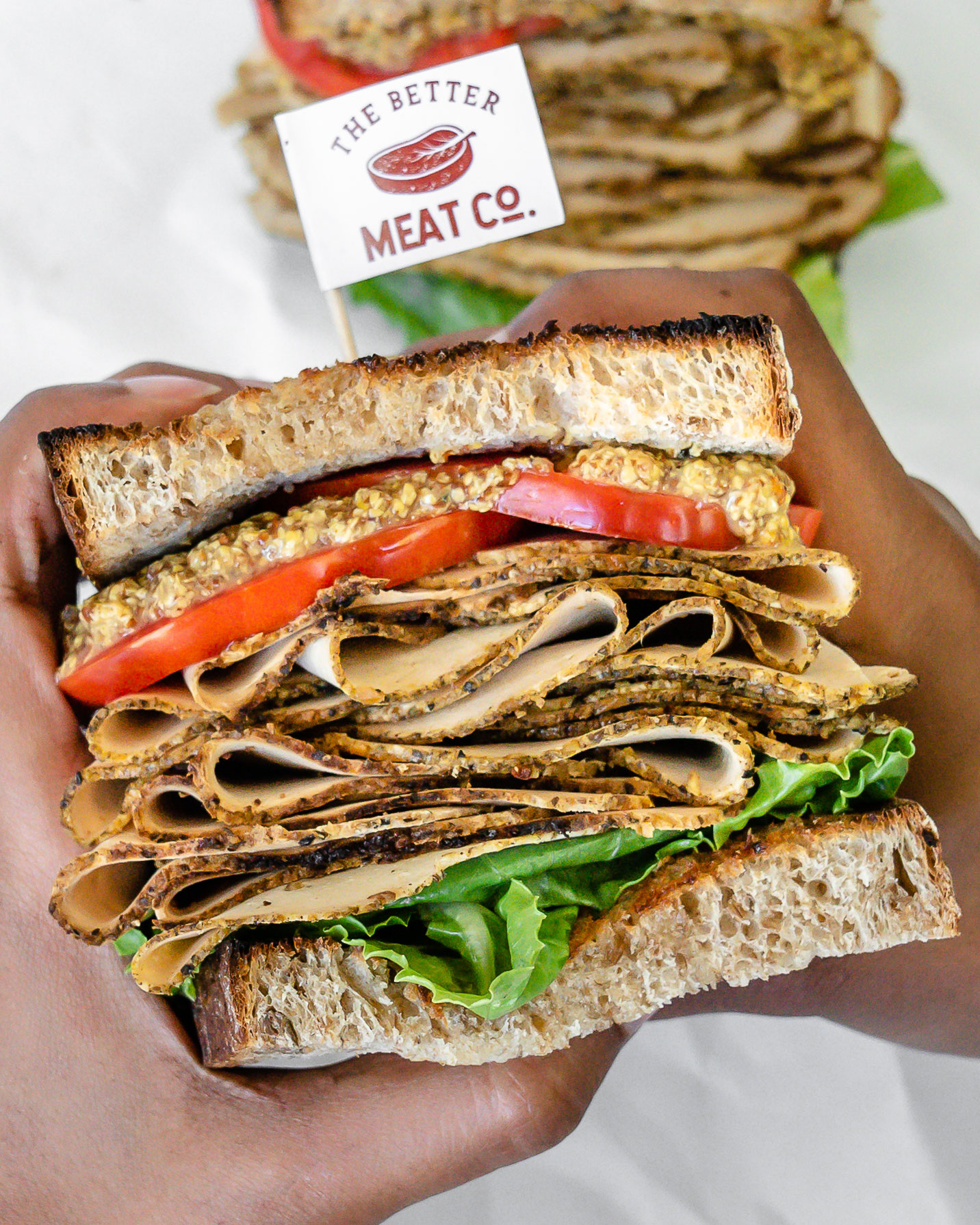 As shown by its collaboration this week with LinkedIn, The Better Meat Co. can create its own consumer goods but the ingredient company is choosing to make the largest impact by working directly with established businesses, including Hormel—which is known for its canned meat SPAM. Last year, the meat giant’s venture arm, 199 Ventures, began working with The Better Meat Co. to develop mycoprotein products that fit into its portfolio. Bromley says that consumers will be introduced to Rhiza through partnerships like these.

“We’re an ingredients company but we like to do these types of events to showcase what our product can do,” she says. “We’re partnered with companies like Hormel and, ultimately, we expect to commercialize products under their brand in the future.” While at LinkedIn, the company showcased its deli slices and foie gras. At Hormel, the company is looking at a wide range of potential applications under its joint development agreement.

“Ultimately, our goal is to become that ingredient provider of mycelium to the Hormels of the world so that they can create the end product,” Bromley says.

The mycelium space is also occupied by Quorn, an established British brand that uses a different fungi strain to make its mycoprotein. However, Bromely says that the world of mycelium—which encompases thousands of strains—is brimming with potential to make vegan meat that is delicious, nutritionally dense, minimally processed, and environmentally friendly. The last portion of truely competing with animal meat is price and The Better Meat Co. is working to bring the cost of producing Rhiza below that of conventionally produced chicken. 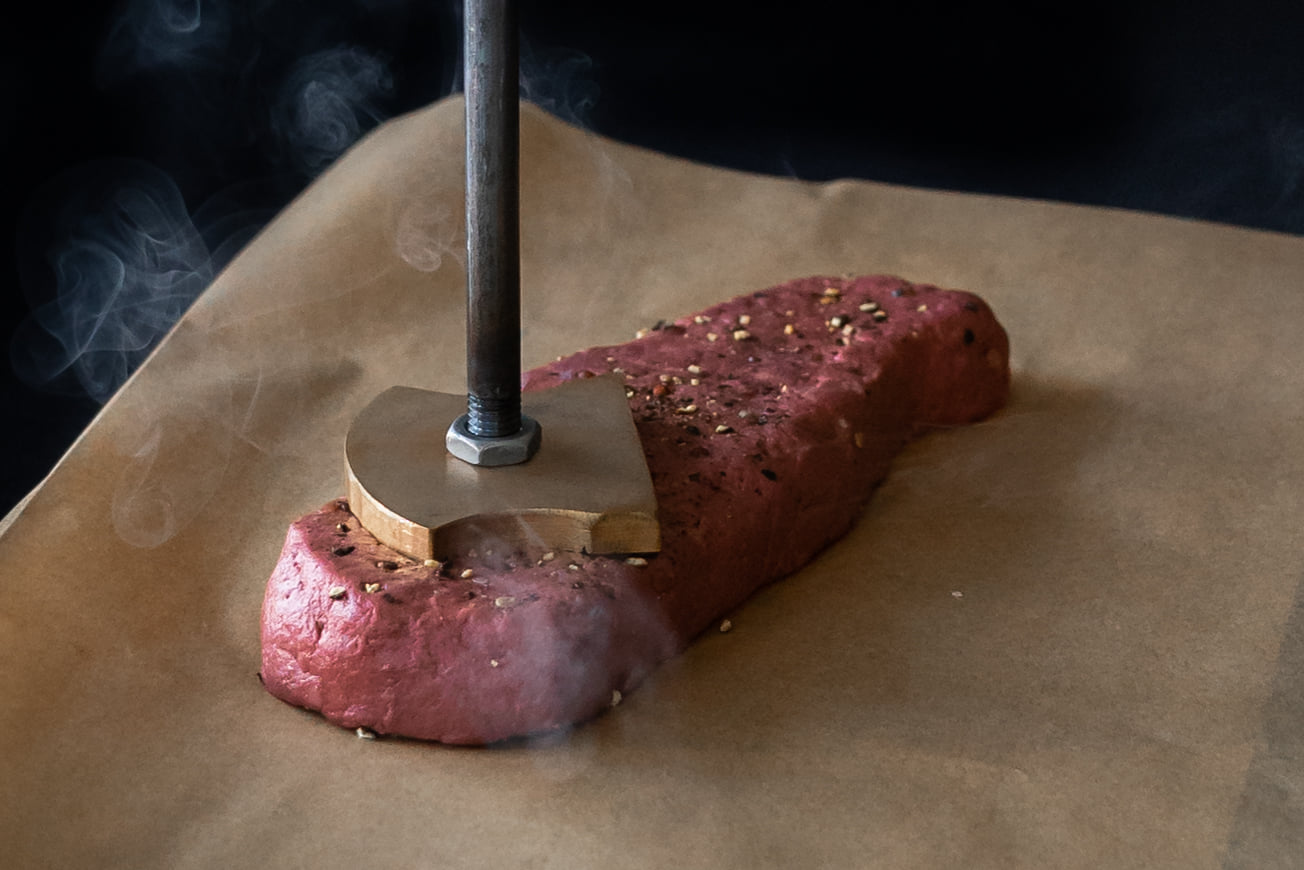 After working in the world of investment banking, Bromley is now shifting her skillset to focus on creating a better food system by exploring the vast potential of mycelium as a replacement for a wide range of animal products. The company’s pilot plant—which operates inside of a refurbished bouncy castle funhouse—is the largest biomass fermentation facility of its kind in North America. The Better Meat Co. plans to scale with a commercial facility where it will make millions of pounds of Rhiza, helping it to achieve price parity with the cheapest animal meats.

“We’re just at the beginning,” Bromely says. “With more research and more time, we’ll be able to optimize the strain that we’re using and I’m sure use other strains of fungi. There’s so much that is undiscovered in this [mycelium] world and I am so excited that our company is at the forefront of it.”

For the latest vegan news, read:Impossible Foods Launches Vegan Frozen Meals in 8 Flavors
Study Links Processed Meat To Higher Risk of Colorectal Cancer
Why Vegan Meat Is Moving Out of the Burger Bun and Into the Deli

What Is Foie Gras? And Is It Cruelty-Free?