Vegans come in all shapes and sizes. Some are tall and lanky, others are short and stocky, and within these two extremes is a beautiful mix of all body types. The same variety applies to vegan athletes. A plant-based diet has been shown to enhance athletic performance across all sports—from ultra-endurance runners such as Robbie Balenger and Scott Jurek to powerful football players like Chris Paul and Justin Fields. Eschewing animal-based foods can even benefit one of the most protein-dependent sports of all: bodybuilding. Gone are the days of chugging raw egg yolks and chomping down on chicken breasts. Vegan bodybuilders have proven themselves as worthy competition, and 28 of them are about to put their hard-earned training to the test at the Fall 2022 Mr. America competition. From October 7 to 9, members of Vegan Strong’s Plantbuilt team will compete in the areas of bodybuilding, Olympic weightlifting, powerlifting, kettlebell sport, and CrossFit. We interviewed PlantBuilt co-founder Giacomo Marchese along with a number of the athletes to get a grip on what’s about to go down. 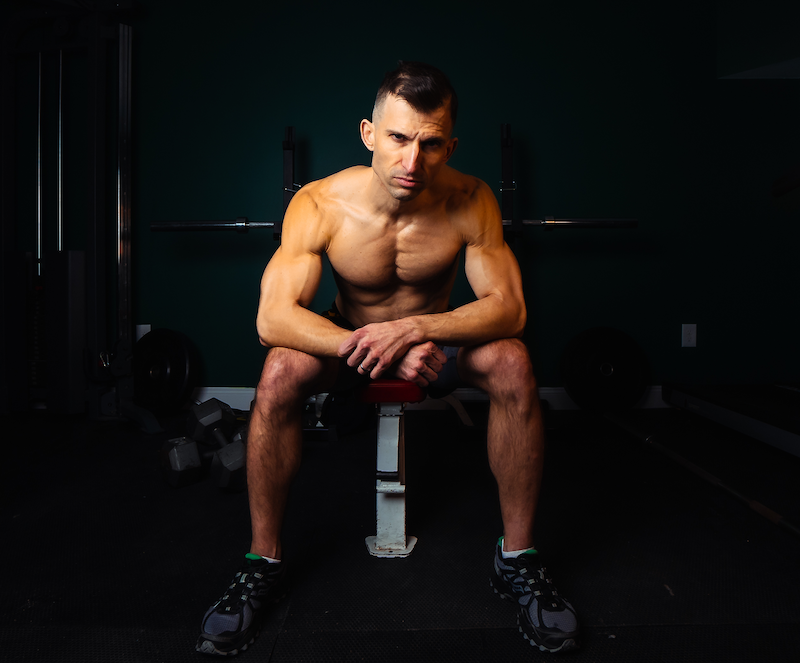 The world of strength sports is not often broadcasted, at least not to the extent of mainstream sports such as football, tennis, or basketball. Not all bodybuilders are Olympic weightlifters, and not all Crossfit athletes can double as weightlifters. Here’s a quick synopsis of each event and how it’s scored.

During a bodybuilding competition, most of the work is done before the competition. During the preliminary rounds, contestants line up side by side and strike a set of poses requested by the judges. The judges score each athlete based on muscular development, muscular proportion, conditioning, posing, and general appearance. Those who move on to the final rounds will appear before the judges individually and strike additional poses. The winner will be selected based on the highest overall collective score. Will Tucker is one of the PlantBuilt members that will be competing in this field.

There are two full-body lifts that make up this discipline: the snatch and the clean-and-jerk. Both involve lifting a 400–600 pound barbell from the floor to an overhead position; the main difference is the snatch is one swift movement while the clean-and-jerk involves a short pause when the weight reaches chest level. Each competitor is allowed three attempts to successfully complete each new weight. The highest weight from these two lifts is added up to crown the winner. Here’s the catch: if it’s a tie, the victory goes to the athlete that weighs less. Plantbuilt members Ramona Cadogan and Katya Gorbacheva will compete at the Mr. America Olympic weightlifting competition.

This is the first year kettlebell sport will be included in the prestigious Mr. America competition. This niche event is all about strength, stamina, and endurance. Athletes are tasked with repeating a certain movement within a certain amount of time with a designated weight. Mr. America’s competition will take place in five-minute rounds, though this sport is also judged in 10-minute and marathon (30–60 minute) durations. Scott Green from the PlantBuilt team is one to watch during this competition.

Designed to test the competitor’s level of physical fitness, CrossFit is judged over a number of challenges that measure strength, speed, agility, and overall functional fitness. An athlete’s rank is determined by a point system based on how they fare against other competitors. Top-scoring athletes will move on to multiple rounds until a winner is determined. Kody Kowalski and George Matthews are two of the PlantBuilt team members who will face this challenge at Mr. America. 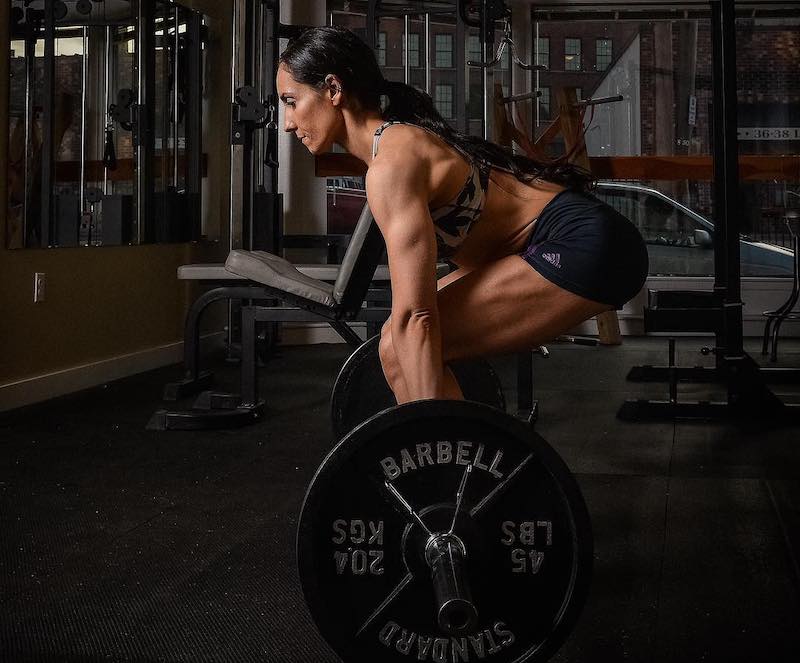 Getting into vegan strength sports

Based on the very small sample size we interviewed (five athletes in total), people from all walks of life can find their way to chiseled abs and an impressive bench press weight. Some, like Matthews and Marchese, started weightlifting to stay in shape for other sports and eventually gravitated toward the niche of bodybuilding and CrossFit. Others, like pro bikini competitors Jenny Harrison and Dani Taylor, struggled with body dysmorphia and took to weight training to achieve a higher level of fitness and more confidence in themselves. Gorbacheva was just looking for an outlet after work and found the pursuit of strength irresistibly motivating. Unlike some sports, where if you don’t start by the time you’re five years old you’ll never be among the greats, strength sports are accessible to anyone, at almost any age, who is willing to put in the work.

In regards to the vegan aspect of being a strength athlete, some like to diminish the diet and say that an athlete made their gains before adopting a plant-based diet. Dani Taylor, and other athletes like Matthews, prove otherwise. “All of [my training] happened after being vegan. I had never done any sports before going vegan,” Taylor proclaims. Harrison was also vegan for three years before she took weightlifting seriously. 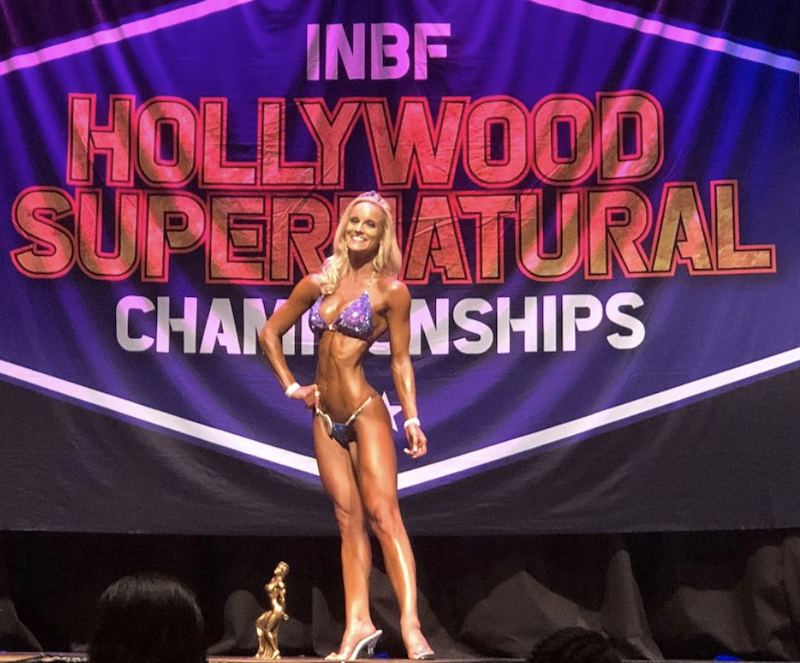 The benefits of a vegan diet in strength sports

A balanced, plant-based diet has its health benefits no matter who you are—everyone from couch potatoes to bodybuilders can do to ingest less cholesterol and consume more micronutrients. However, the real power behind a plant-based diet is in its anti-inflammatory properties, according to these athletes. Acute inflammation after exercise is normal, but it also makes you sore and less apt to train at the same level for the next 24–48 hours. When athletes consume anti-inflammatory foods (whole plant foods, particularly dark leafy greens and berries), they can fight this inflammation and reduce their recovery time, getting back to training faster.

“I noticed with all of the nutrient-packed foods that I felt great even after the most intense training sessions,” Matthews explains. “My body composition, complexion, mood, and energy all eventually improved as well.”

“The inflammation in my body, recovery, and healing time I went through on a vegan diet was almost unexplainable. I also experienced an abundance of energy that I had never had before,” Harrison echoes. 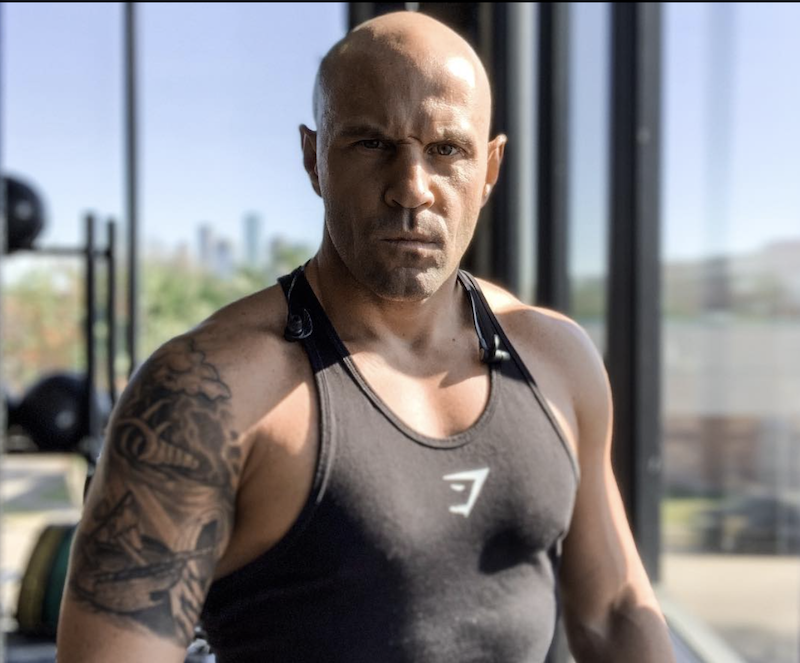 How much protein do bodybuilders need?

“I feel [people] severely overestimate how much protein is needed and overdo it. Yes, bodybuilders should get in more protein than most other athletes or the average person, but that number is not as high as you think. It is around .8 to 1.2 grams of protein per pound of lean body mass,” Marchese explains.

We’ll do the math for you. If you weigh 145 pounds, you should aim for 88 to 132 grams of protein daily to meet your needs as a bodybuilder.

“In my 10 years of being vegan, I have added nearly 30 pounds of lean muscle … calorie balance and progressive overload are the keys to adding muscle, not protein,” Matthews says. 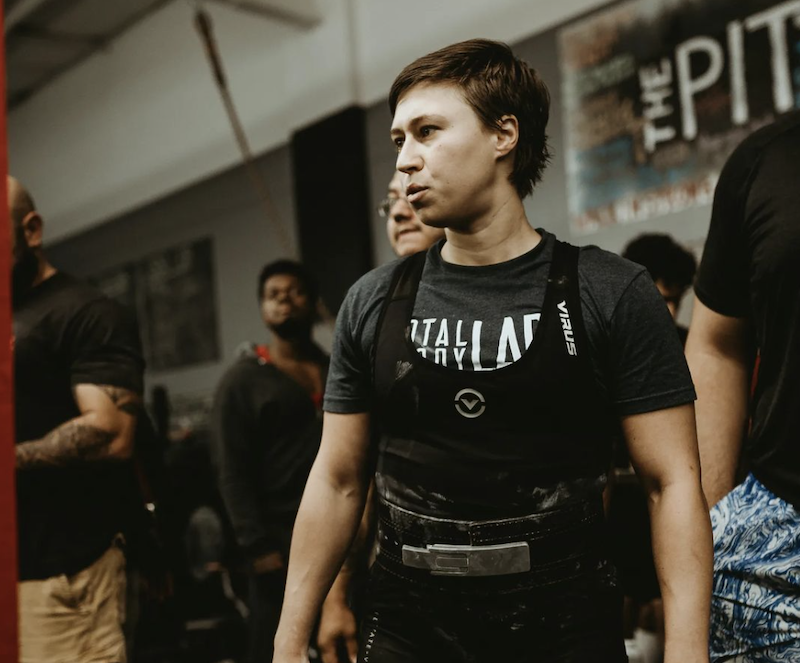 Every athlete emphasized the role nutrition plays in building and maintaining muscle and tone, so we wanted to know what foods, in particular, made them feel fantastic, both before and after training sessions.

Marchese reaches for nutrient-rich, fibrous, tasty whole foods like grains, fruits, nuts, and seeds. Harrison and Gorbacheva both favor protein-packed oatmeal. Harrison loves hers with vegan protein powder and strawberries mixed in, topped with a dollop of peanut butter (she emphasized her love for peanut butter with all caps). “It’s just the recovery fuel I need after a hard gym session!” she exclaims. Gorbacheva called oatmeal the breakfast of champions (sorry, Wheaties).

Come dinner time, Taylor’s pick is a vegan twist on the classic chicken, rice, and broccoli meal. “My favorite, no-fail meal during competition prep is seitan, broccoli, and potatoes. So simple, loaded with protein and healthy carbs, and it never gets old, “ Taylor assures us. 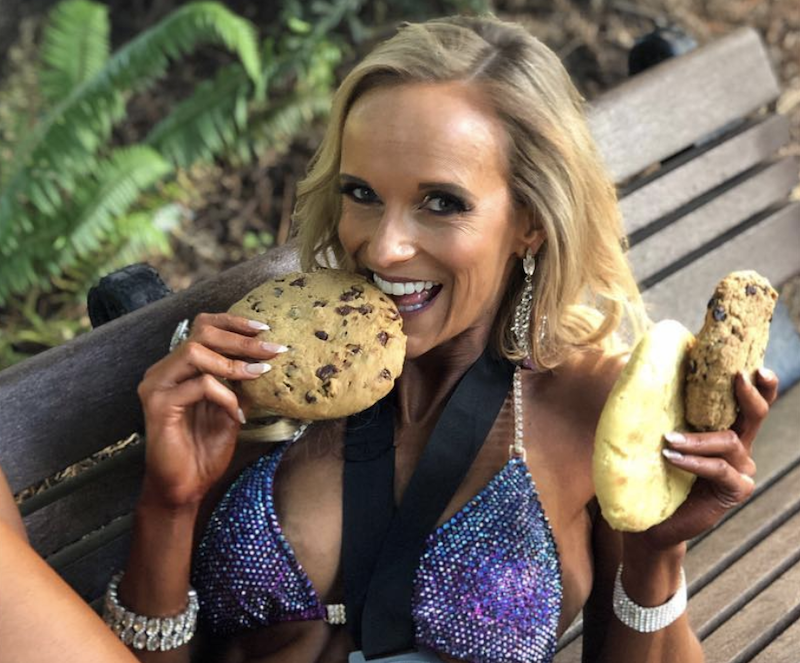 Even professional strength athletes have a sweet side, we learned after asking them what foods they’re looking forward to sharing post-competition. Famed vegan bakery, Vegan Treats, has been commissioned to cater the afterparty, and each athlete gushed about their favorite baked goods. Cakes, cookies, brownies, and whoopie pies are definitely on the brain, though Gorbacheva had a very specific idea in mind when questioned about her post-show plans.

“There are many foods (and beverages) I’m looking forward to post-show that have had to be put on hold, but for brevity’s sake I will say my top three things are a nice, big glass of red wine; a burrito from my favorite vegan Mexican restaurant El Cocinero in Van Nuys, CA; and a Mediterranean burger from BeeWali’s in Eagle Rock, CA,” she lists.

Follow these athletes and other members of the PlantBuilt team at the Mr. America competition on October 7, 8, and 9 by tuning in to the team’s Instagram feed.

For more on vegan athletes, read: