In the past, the reality star and business mogul has been open about her struggles with psoriasis on social media and on Keeping Up With the Kardashians. In a post on her sister Kourtney’s lifestyle blog, Poosh, the 41-year-old shared that her primarily vegan diet—particularly, vegan tacos—has kept her psoriasis flare-ups at bay.

Kardashian added that she tries her best to stick to her plant-based diet, except on “treat” days or when she’s at a restaurant that can’t accommodate her. Notably, she cooked meat in season one, episode one of Paris Hilton’s 2021 cooking show, Cooking With Paris.

Can a vegan diet help with psoriasis?

Psoriasis is a lifelong autoimmune disease that causes red, scaly, itchy patches on the skin and currently, there is no cure. Celebrities make health claims all the time, and we should observe their assertions with a little bit of scrutiny. So, is there evidence to back up Kardashian’s claim?

According to the National Psoriasis Foundation, it can be managed with an appropriate treatment plan, which can include avoiding certain foods. We also asked Amy Lawson, RDN, LDN, and the founder of Thrive Nutrition, for more information. 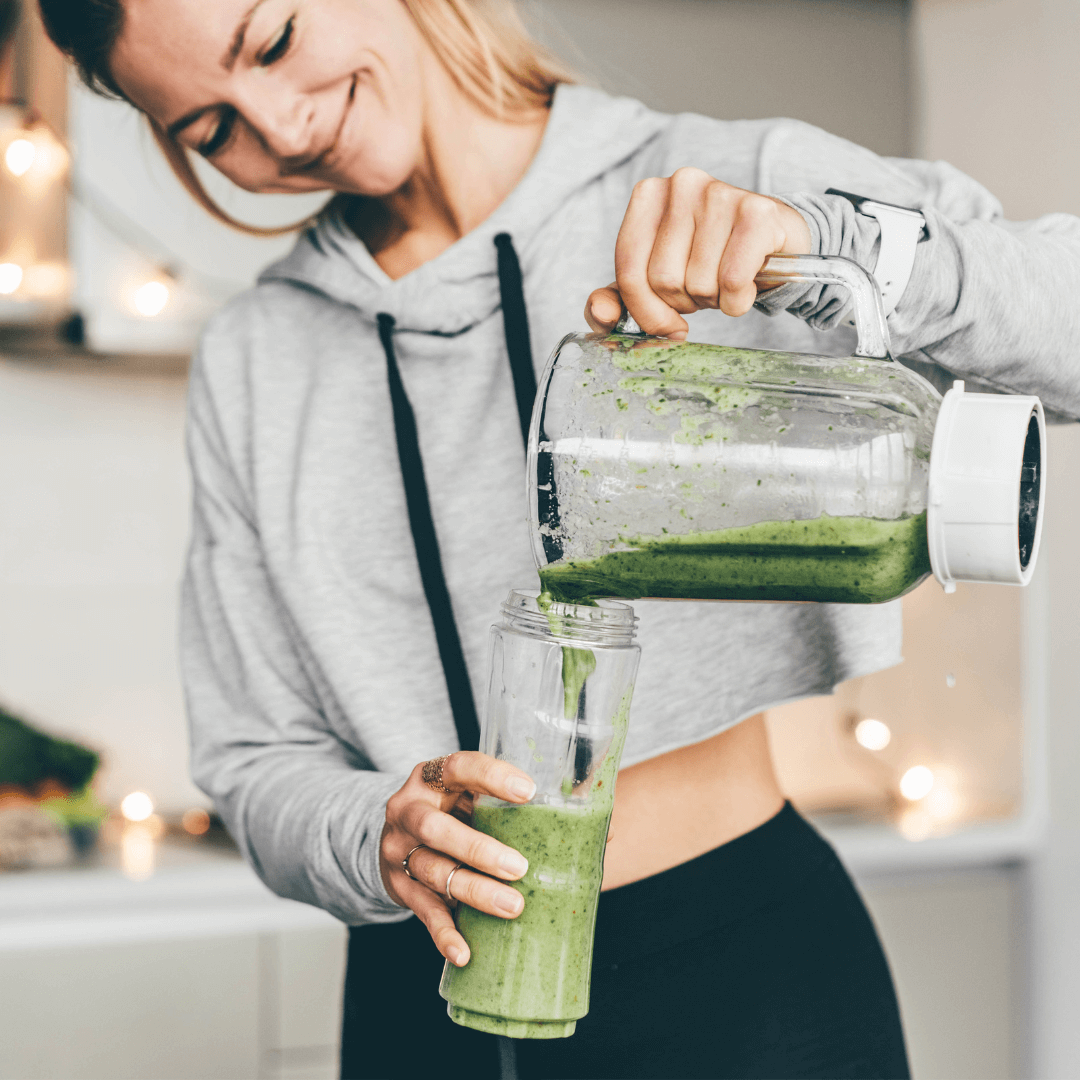 “Certain foods can help ease the inflammation that is associated with psoriasis. Foods that have the biggest impact on skin health include those with anti-inflammatory properties, all of which come from plants,” Lawson tells VegNews. However, not all plant-based foods are on the table. Simple sugars and simple carbohydrates, like white bread and pasta, can trigger a flare-up.

Psoriasis can also be triggered by several factors and learning to manage them is important. According to the National Psoriasis Foundation, the most common triggers include stress, weather (especially when it’s cold or dry), skin injury (sunburn, bug bites, scratches), illness, allergies, smoking, and certain foods.

In a 2017 study published that examined the effects of dietary patterns on psoriasis, the most commonly eliminated foods included meat, dairy, gluten, and sugar. Patients who eliminated these foods and those who followed Pagano, vegan, and Paleolithic diets reported improved skin conditions. 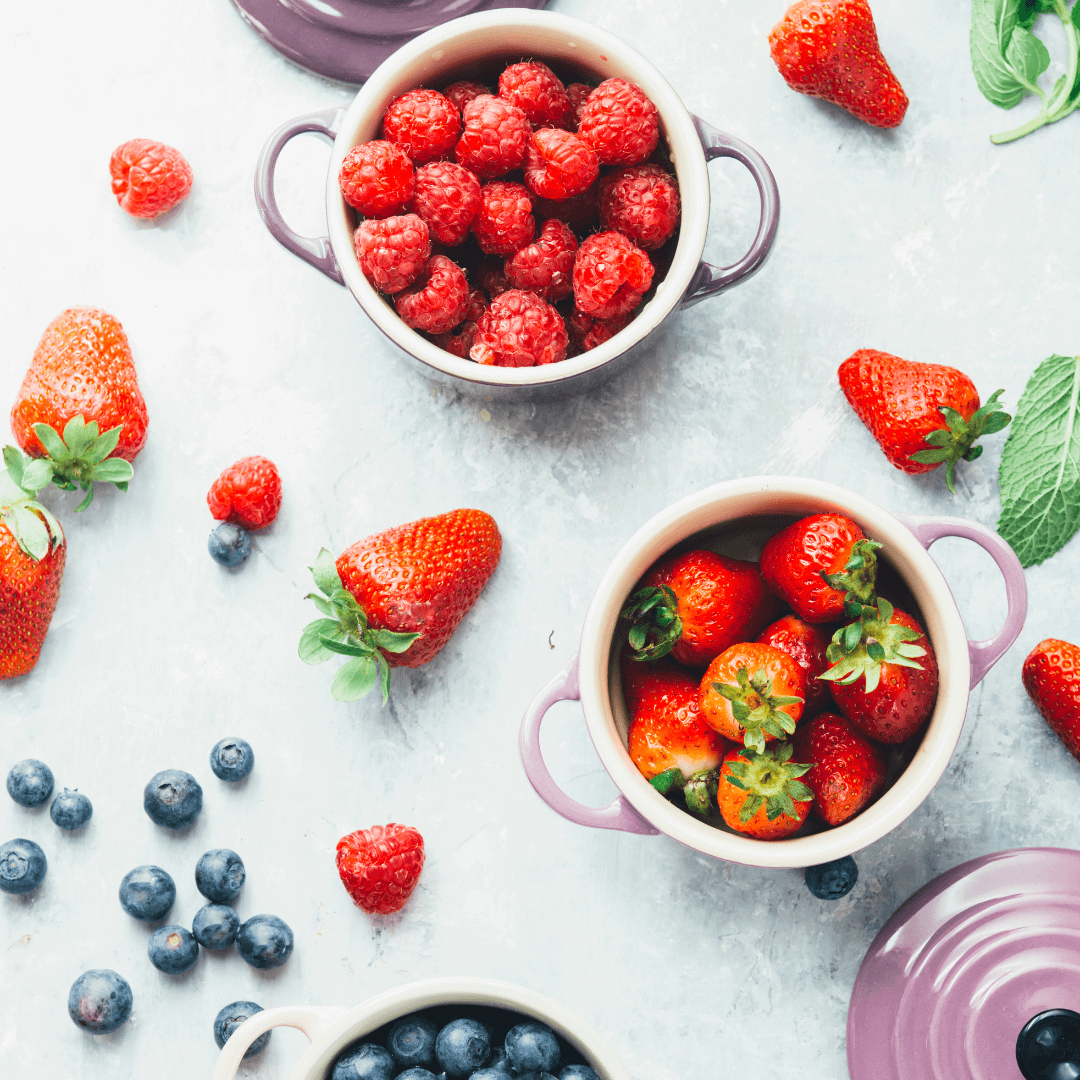 A systematic review of 55 studies and 4,534 patients published in JAMA Dermatology concluded that adults with psoriasis may benefit from dietary interventions in addition to their standard treatments.

In short, avoiding foods that trigger psoriasis and incorporating foods that may help ease the symptoms can supplement a regular treatment plan. You should always consult with your doctor or specialist when developing a treatment plan and before making any major changes to your diet.

Foods to avoid if you have psoriasis

The foods below have been reported to trigger flare-ups, but it should be noted that they may not negatively affect everyone with psoriasis.

“Studies have shown that certain foods can promote the inflammatory response in the body and worsen skin disorders, such as psoriasis. Foods that promote inflammation include saturated fats such as those in red meat. Of course, if you are eating a plant-based diet red meat is not of concern,” Lawson says.

Eggs also contain arachidonic acid, so cutting down on or eliminating all three of these may lead to overall improvements.

Like Celiac disease, psoriasis is an autoimmune condition. People with psoriasis have a higher chance of gluten sensitivity. So, if you have both of these, then you may benefit from cutting out gluten-containing foods altogether, including wheat, barley, rye, pasta, and beer.

See our guide to a gluten-free vegan diet for more details on what you can and cannot eat. 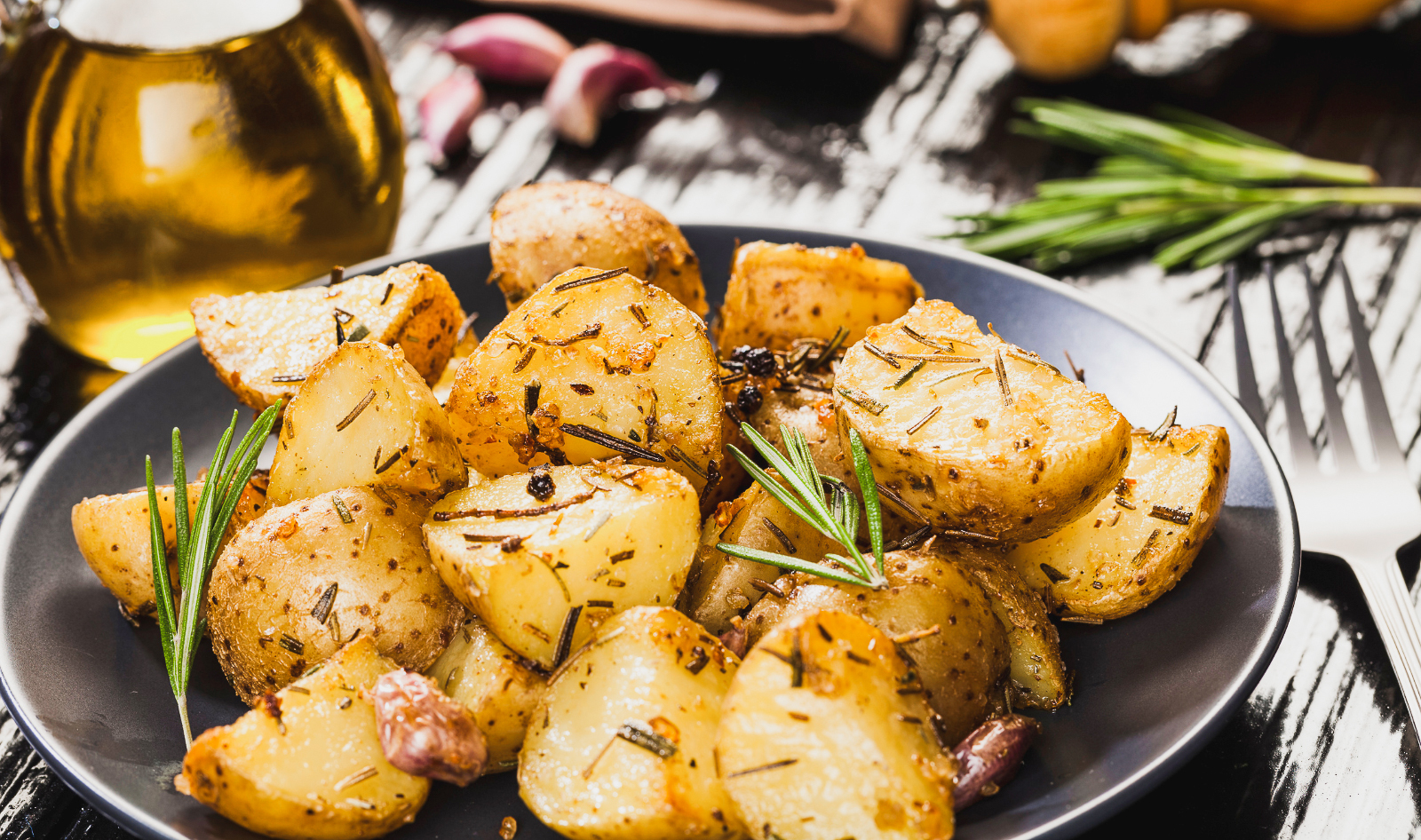 Nightshades are a family of plants that includes tomatoes, eggplant, peppers, white potatoes, and pepper-derived spices like paprika and cayenne pepper.

Some people believe that an alkaloid called solanine, which all nightshades contain, may trigger inflammation. However, there is little evidence to suggest this. Conversely, research shows that solanine may actually reduce inflammation, but more evidence is needed in order to draw a conclusion.

Many people with psoriasis have reported having a reaction to nightshades. So, what’s the verdict? Flare-ups may be caused by a food intolerance or allergy.

The term “ultra-processed foods” covers a wide spectrum of things that are high in salt, fat, and sugar. These include: 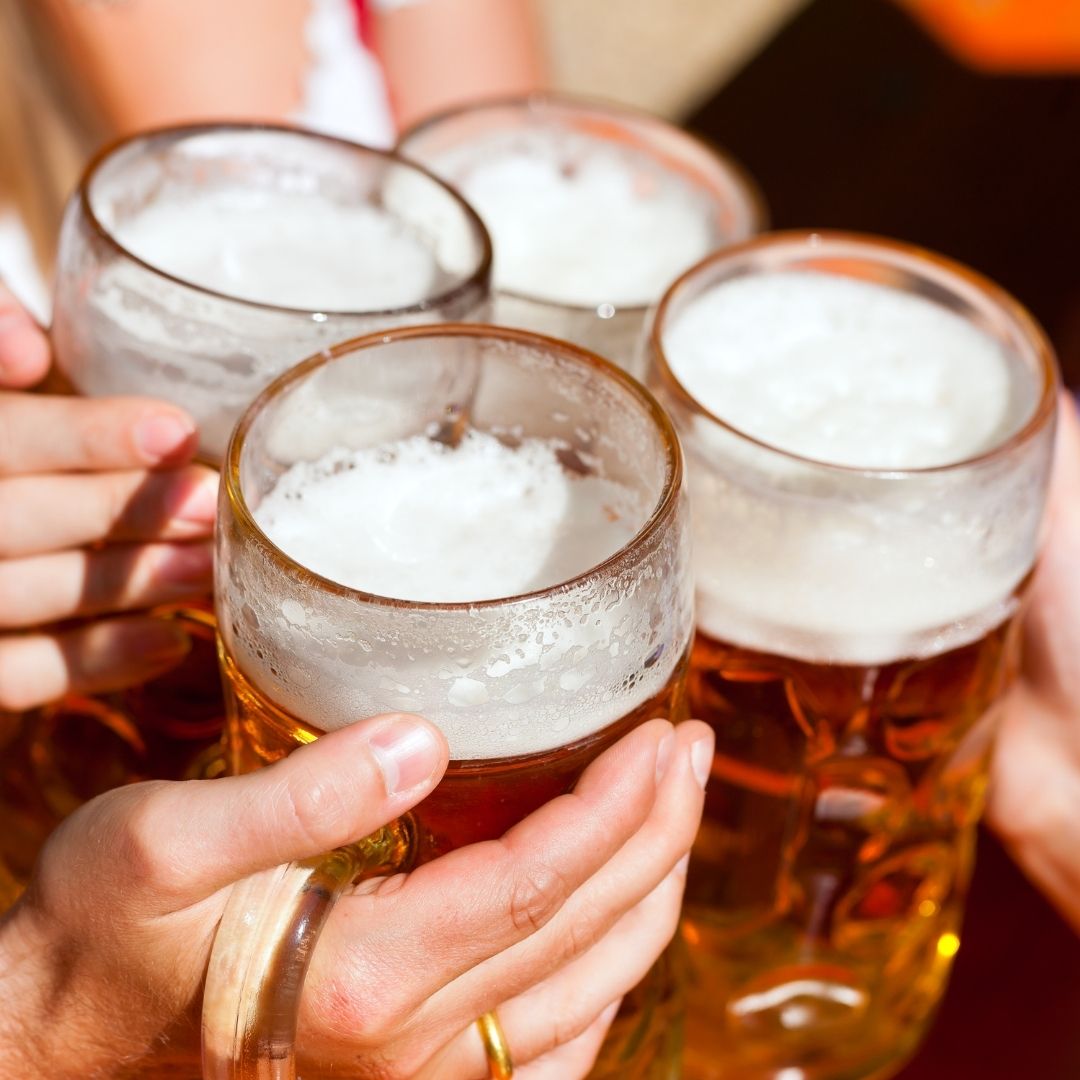 It may be wise to avoid beer, wine, liquor, and cocktails if you have psoriasis. Few studies have investigated the connection, but it’s believed that alcohol may trigger flare-ups in a handful of ways. Psoriasis involves inflammation—and alcohol makes it worse. One theory is that it affects the neurotransmitters in your brain, which then causes inflammation. But, more research is needed to understand alcohol’s role in psoriasis flare-ups.

Foods to eat if you have psoriasis

While psoriasis is marked by inflammation, a diet high in anti-inflammatory foods may help improve your symptoms. 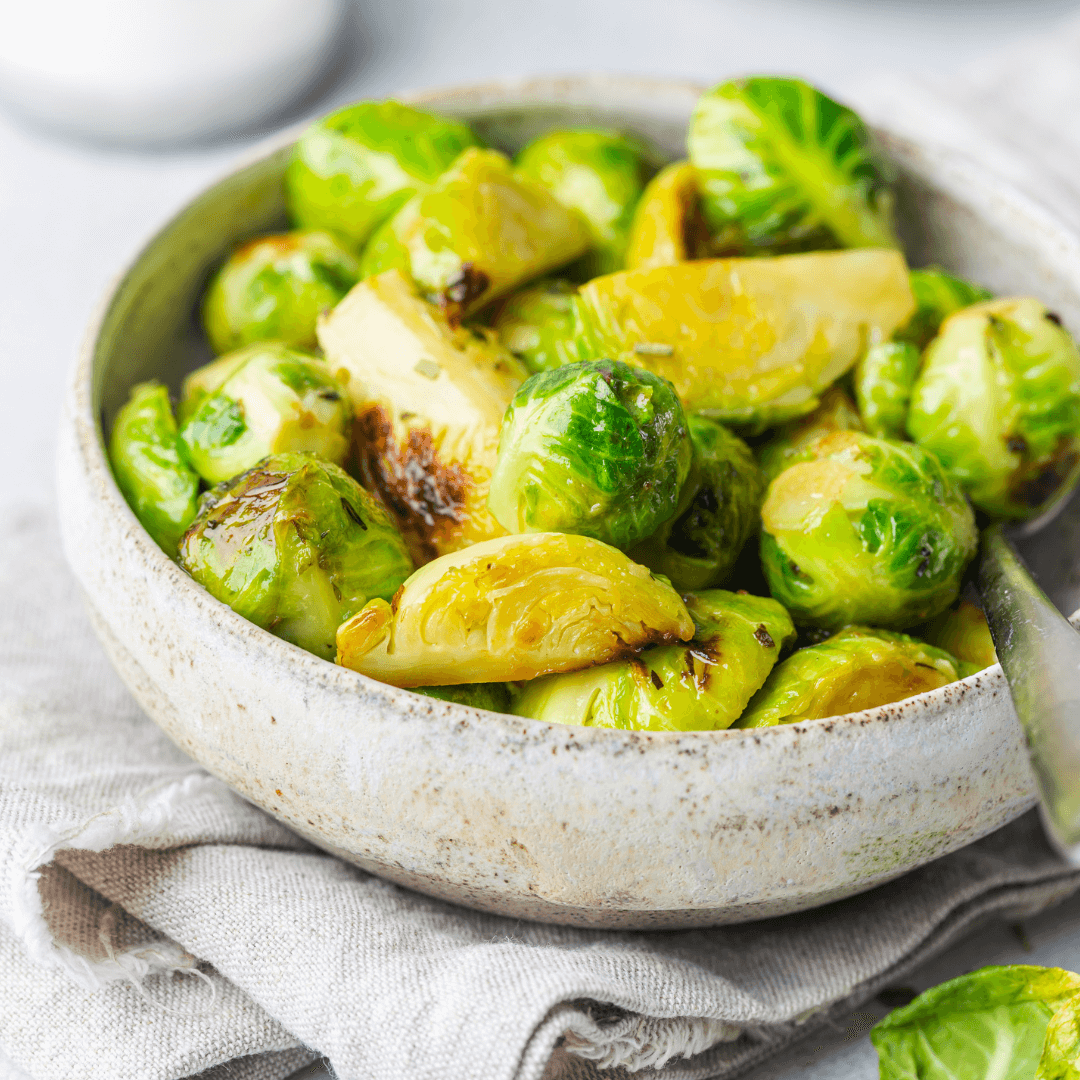 Produce is frequently rich in antioxidants, which help to combat oxidative stress and inflammation. Many anti-inflammatory diets happen to be very fruit and vegetable-forward, but some of the best ones you can eat include:

Broccoli, bell peppers, and fruit are also rich in vitamin C, which may benefit the skin, explains Lawson. “It helps with collagen formation, is an antioxidant, and is important in wound healing,” she says.

Fatty fish is one of the most commonly recommended foods on a psoriasis-friendly diet. But, on a vegan diet, you should embrace heart-healthy oils and fats, specifically the ones that have a high ratio of omega-3 to omega-6 fatty acids, including extra virgin olive oil and flaxseed oil.

Lawson adds that many of these are rich in vitamin E, which has anti-inflammatory properties. It’s found in plant oils, nuts, seeds, and spinach. “Vitamin E boasts important antioxidant properties and is found in our sebum aka our skin oil, which creates the natural skin barrier,” Lawson says. 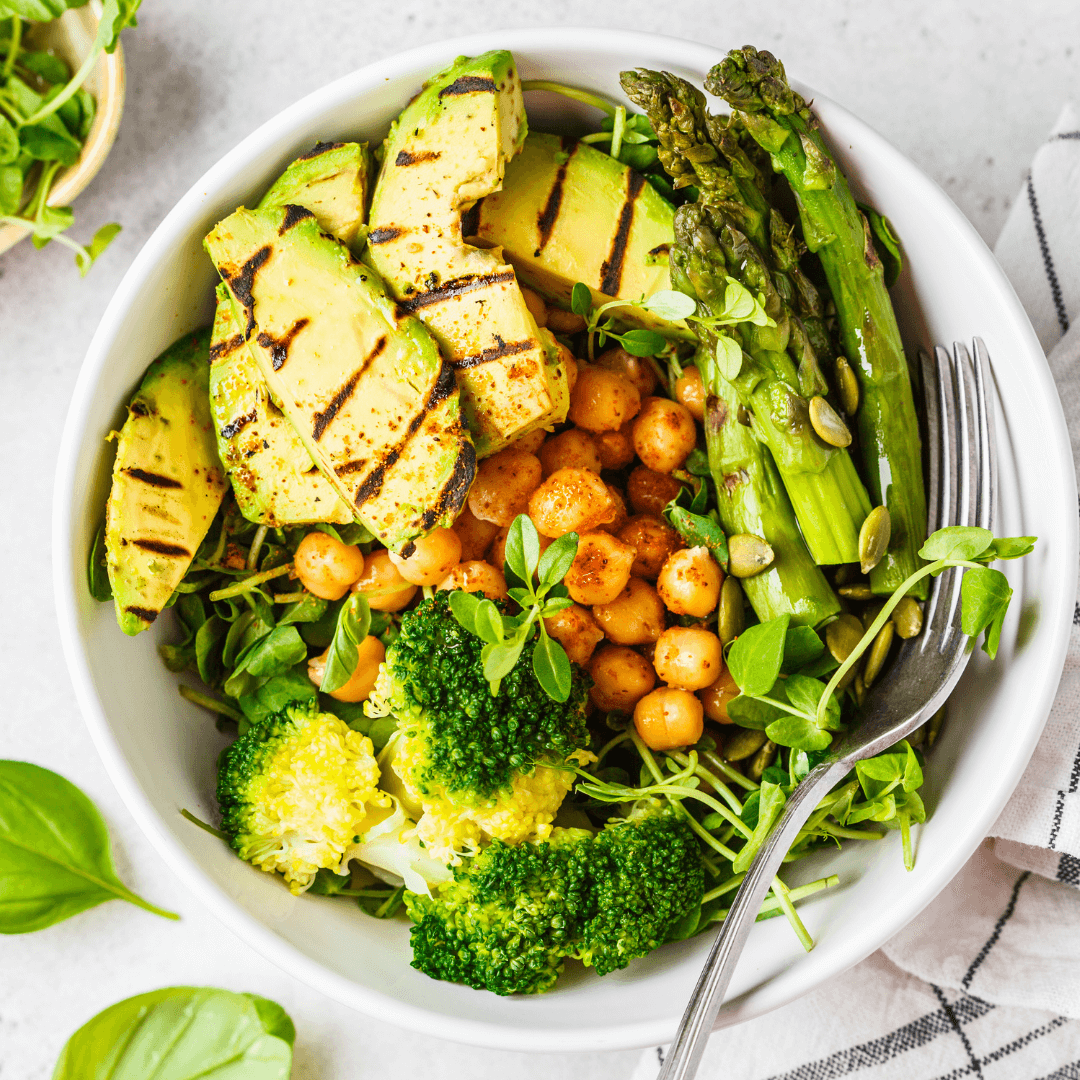 Plant proteins such as lentils are rich in dietary fiber, protein, and antioxidants, so they are frequently recommended for anyone looking to add more anti-inflammatory foods to their plate. Minimally processed soy-based foods like tofu and tempeh are also good. Soy is rich in plant compounds called isoflavones, which are known to fight inflammation.

Whole, gluten-free grains such as oats, brown rice, teff, and sorghum are packed with inflammation-fighting dietary fiber. As a bonus, grains are associated with a lower risk for heart disease, Type 2 diabetes, and certain cancers.

With psoriasis, it’s important to understand your triggers and that what sends one person into a flare-up may be harmless to you. Health experts and groups such as the National Psoriasis Foundation recommend limiting highly processed foods, meat, eggs, and dairy while adding more anti-inflammatory foods to your diet.

For more on vegan nutrition, read:
Plant vs. Animal Protein: Which Is Best?
6 Simple Ways to Ease Bloating on a Vegan Diet
Vegan Probiotics for a Healthy Gut