Vegan cheese has been around for a while. It is typically made with tried-and-true ingredients like cashews, coconut oil, and cultures to replicate the taste and texture of conventional dairy cheese, but up-and-comers in the vegan cheese industry are going outside of the box by using unique plant foods such as potatoes in their products, ushering in a new wave of vegan dairy.

“Our brand is about giving consumers a way to add more veggies to their diet with versatile, convenient, and great-tasting foods,” David Behringer tells VegNews.

The brand says it uses an innovative technique to create a creamy base from root vegetables, and then blends in more vegetables, spices, fruits, and herbs. With its simple ingredient list, the brand is aimed at consumers looking to reduce dairy in their diet, eat more plant-based foods, or avoid allergens.

“We use an innovative process that transforms root vegetables, including potatoes, sweet potatoes, and parsnips, into a creamy base for our products,” Behringer says. “This process and our healthy, planet-friendly ingredients are what distinguish The Simple Root from other plant-based foods.” 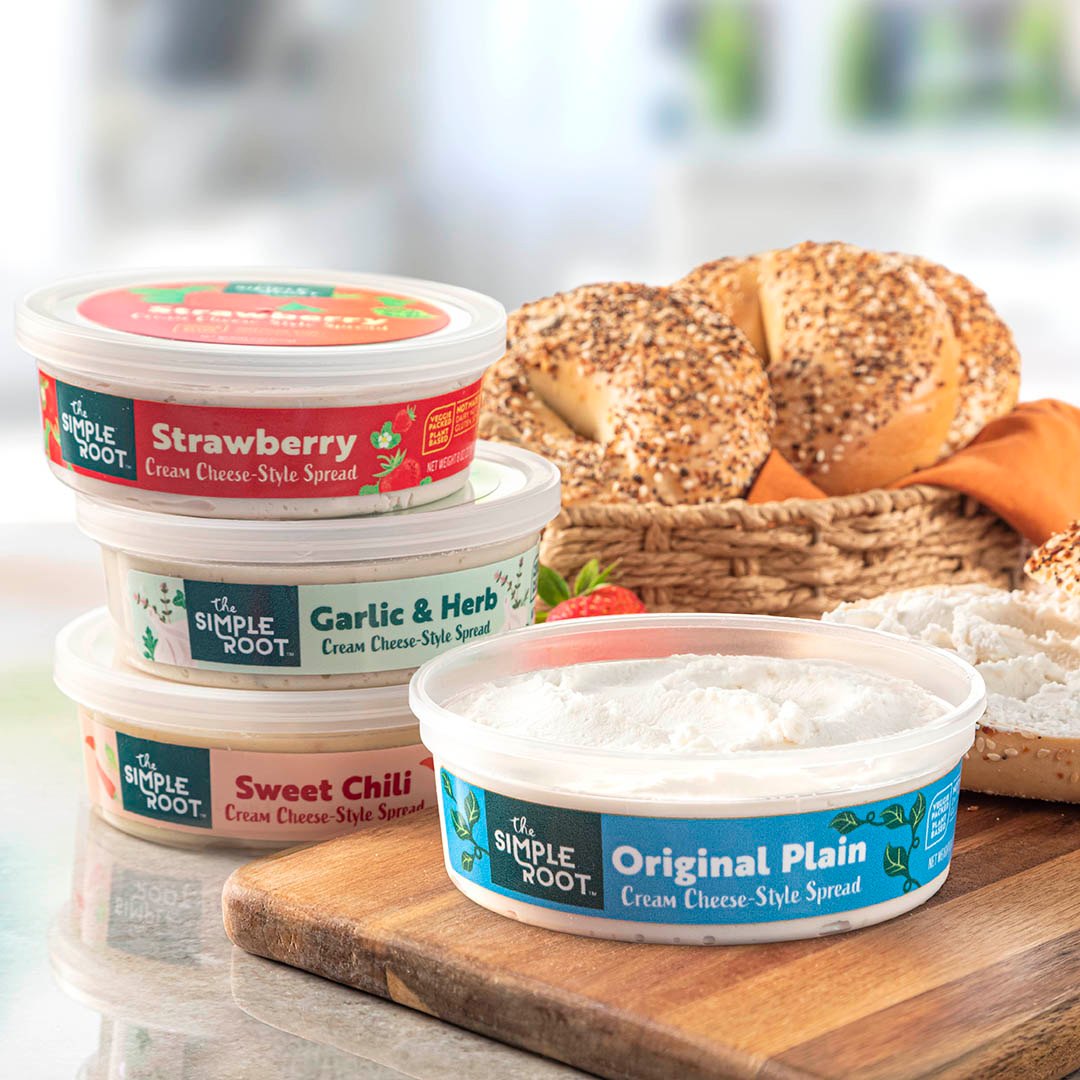 The Simple Root is currently available through online retailers including Walmart, Amazon, Plant Belly, and iGourmet, and is beginning its national rollout into retail stores on the East Coast and Midwest regions, starting with specialty retailers such as Woodman’s and Foxtrot.

Meanwhile, another brand is using potatoes to reinvent dairy milk. Sweden’s DUG brand offers a vegan milk range made with potatoes in Original, Barista, and Unsweetened varieties at retailers across the UK including at Waitrose & Partners, Holland & Barrett, and Whole Foods Market, and in Switzerland’s largest grocery chain, Migros.

Uniquely, DUG claims its potato milk is the most sustainable alternative on the market, pointing out that potatoes are a super-sustainable crop that is two times more land efficient than oats, with 98 percent less water use than almonds, and with a climate footprint two-thirds lower than cow’s milk. 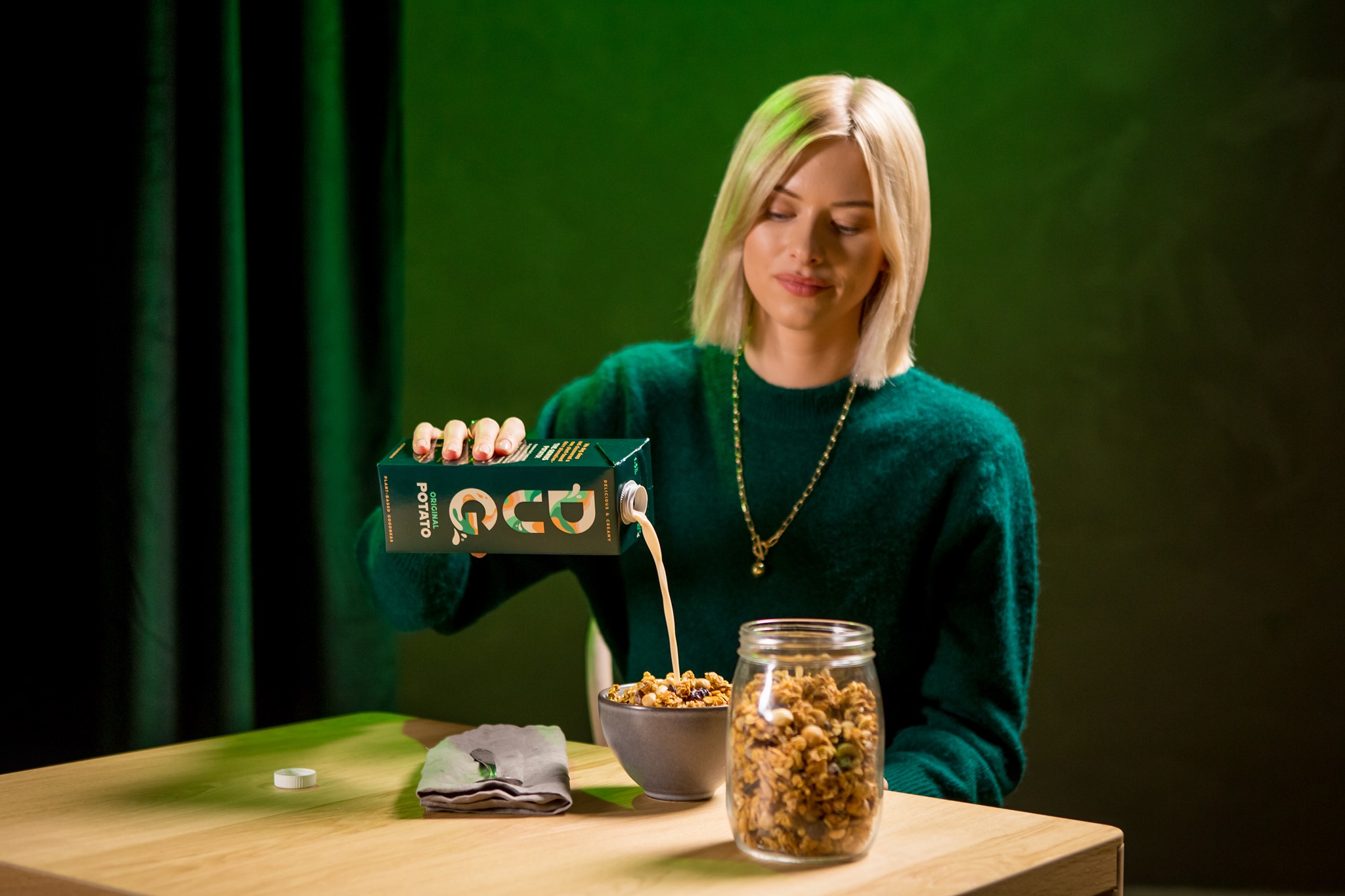 DUG’s vegan milk combines potatoes, rapeseed oil, and additives such as chicory fiber and pea proteins. Its newly improved recipe offers a lower sugar content, is maltodextrin-free, and uses the company’s patented potato-based emulsion, which gives the potato milk its distinctive creamy characteristics and allows the brand to expand into other dairy-free products such as vegan ice cream.

The company also announced plans to open a production facility in Germany as well as production and distribution plans in Southeast Asia. Its newly acquired patent protection will cover 39 countries in the European market, opening new expansion opportunities for DUG’s potato milk.

“Veg of Lund’s strategy is to outsource production of our products to certified and competent partners in close geographical proximity to the markets where DUG is sold,” Fredrik Carling, CEO of DUG parent company Veg of Lund, said in a statement.

“It is the most efficient from a cost and competence perspective, but also because locally produced food is demanded by the market and can result in a smaller carbon footprint,” Carling said.

The increasing use of potatoes as a sustainable and healthy plant-based ingredient is good timing as recent studies have confirmed the health benefits of the popular root vegetable. A study published last year in the medical publication Journal of Medicinal Food found that potatoes are packed with key nutrients and that replacing higher calorie meat with potatoes and beans could promote weight loss.

“The key aspect of our study is that we did not reduce the portion size of meals but lowered their caloric content by including potatoes,” Candida Rebello, PhD, an assistant professor at Pennington Biomedical and co-investigator of the study, said in a statement. “Each participant’s meal was tailored to their personalized caloric needs, yet by replacing some meat content with potato, participants found themselves fuller, quicker, and often did not even finish their meal. In effect, you can lose weight with little effort.” 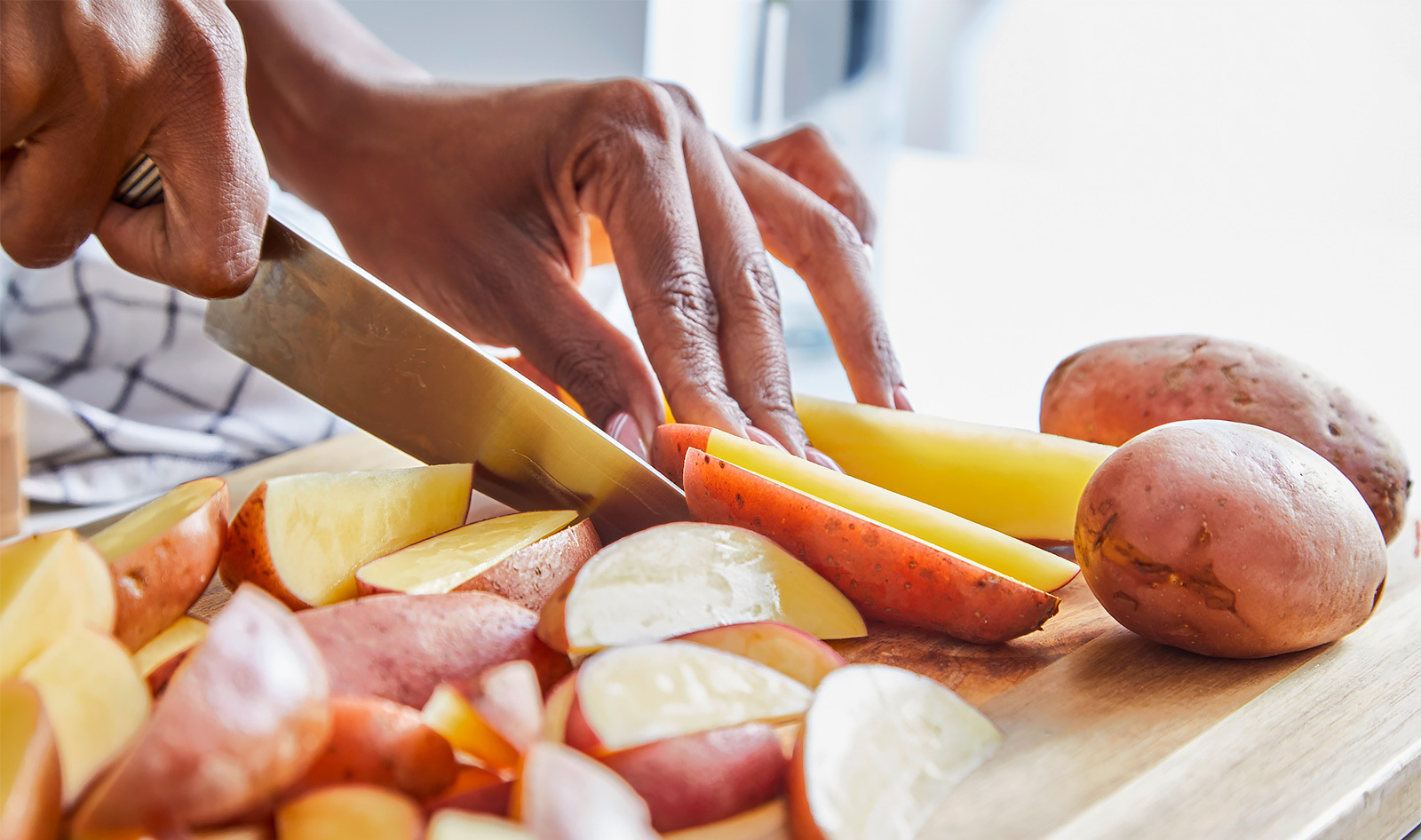 Similar studies also found that potatoes do not increase type 2 diabetes risk, despite the common misconception that carbohydrates like potatoes have detrimental effects on health for diabetics. According to the research, which was published in the medical journal Diabetes Care, the health issues associated with potatoes may actually be due to how people are preparing them and what they’re eating them with, such as adding butter and eating them alongside meat.

“When we separated boiled potatoes from mashed potatoes, fries or crisps, boiled potatoes were no longer associated with a higher risk of diabetes: they had a null effect,” researcher Pratik Pokharel said in a statement.

A Whole Food Plant-Based Diet Is Healthy and Sustainable: Here’s How to Eat WFPB