Those who predicted the vegan chicken nugget craze would subside soon have sorely miscalculated, because the Impossible Chicken Nuggets have arrived. Following closely on the heels of Beyond Meat’s nugget launch, this new head-turning product from Impossible Foods is now available in grocery stores and select restaurants nationwide. The company is ever expanding its nugget distribution—especially following the expedited trajectory of its inaugural product, the Impossible Burger—but for now, here are the eight restaurants where you can get your hands on Impossible Foods’ vegan chicken nuggets. 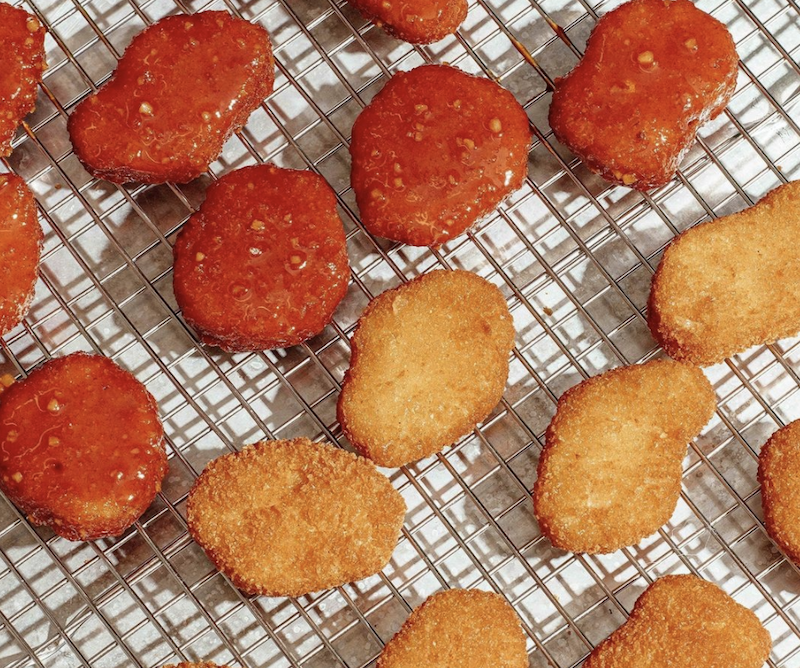 Celebrity Chef David Chang has been a longtime supporter of Impossible Foods. The brand entrusted him as the first chef to serve the Impossible Burger to restaurant patrons back in 2016, knowing his expertise would hook skeptical omnivores onto this plant-based patty. Five years later, Impossible still trusts Chang as one of the first chefs to work with its new nugget via his fried chicken concept, Fuku. Customers can order the nuggs plain or doused with the Sweet + Spicy Glaze, which is vegan.
Find it here 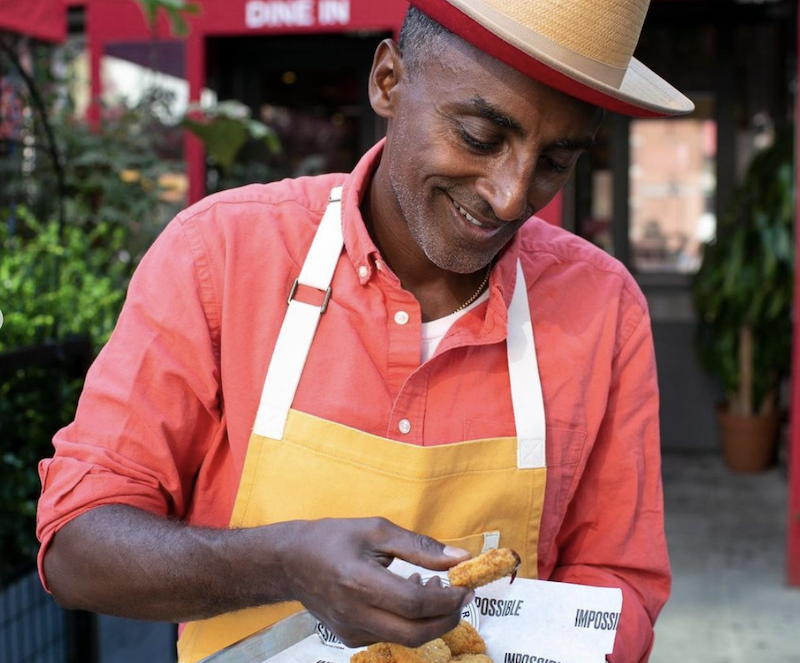 A vegan chicken nugget fits right in at Chef Marcus Samuelson’s iconic, chicken-centered restaurant. Note: the menu is not particularly vegan-friendly, including the Impossible Chicken Nuggets appetizer. The crispy bites of chicken come with a jackfruit barbecue sauce (which is vegan) and cauliflower mac and cheese. When ordering, omit the mac and cheese. Bump up your meal with the Farmer’s Remix Salad and roasted asparagus.
Find it here 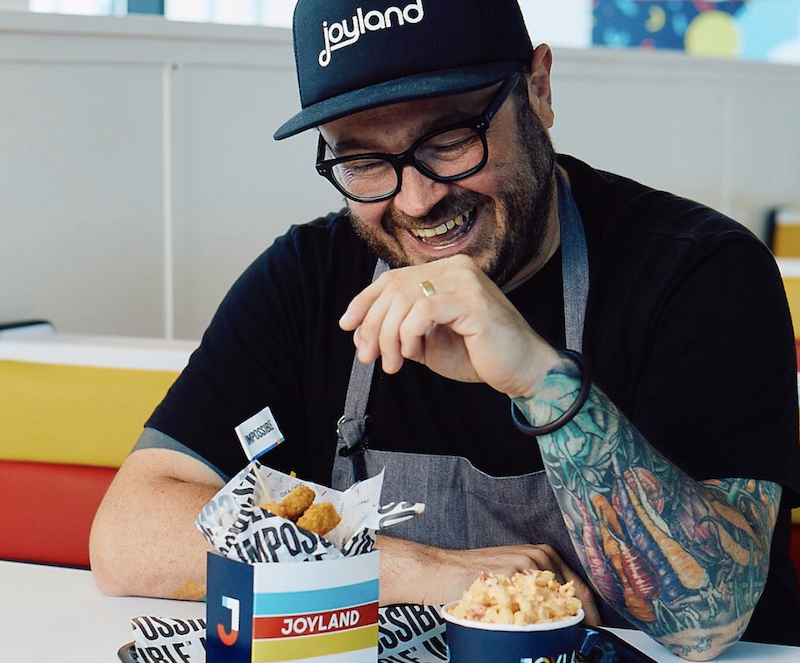 From the playful, chef-driven restaurant that serves chicken on a stick, you can now find a vegan option. The fast-casual spot also carries an Impossible Burger—just order without the cheese and Joyland Sauce. Accompany your nuggs with a side of crinkle-cut or curly fries.
Find it here 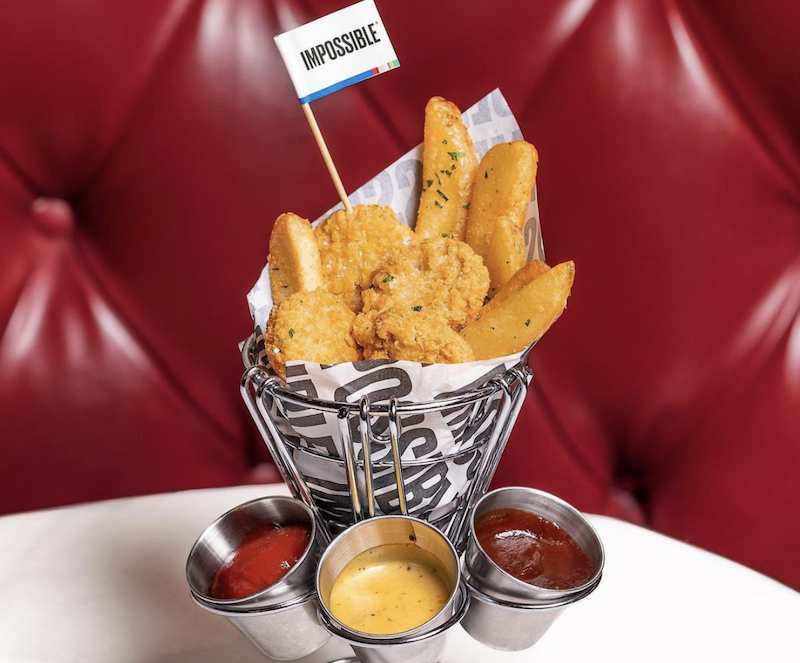 Chicken nuggets at a vegan fine-dining restaurant? Chef Tal Ronnen is all about the high-low concept. Find them on the late-night menu (served from 9:30-11pm) brought to your table in a conical basket alongside thick steak fries and an assortment of finger-licking dipping sauces—but, perhaps refrain from actually licking your fingers … it is a celebrity hotspot, afterall.
Find it here 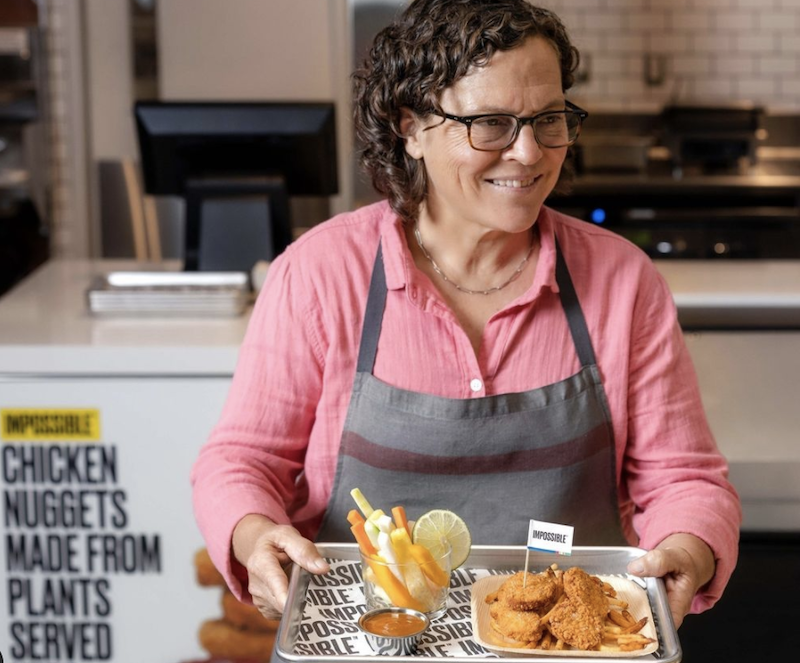 Revered San Francisco chef Traci des Jardins just launched a pop up exclusively featuring Impossible Chicken Nuggets. Located in the State Street Market food hall, El Alto Jr., is a temporary stand-in for Des Jardin’s grander concept, El Alto. The stall’s menu only offers one thing: a kid’s meal complete with Impossible Chicken Nuggets, Mexican barbecue sauce, fries, and fruit and veggie sticks. For all those wondering—yes, this item is available for persons 12 and up, too.
Find it here 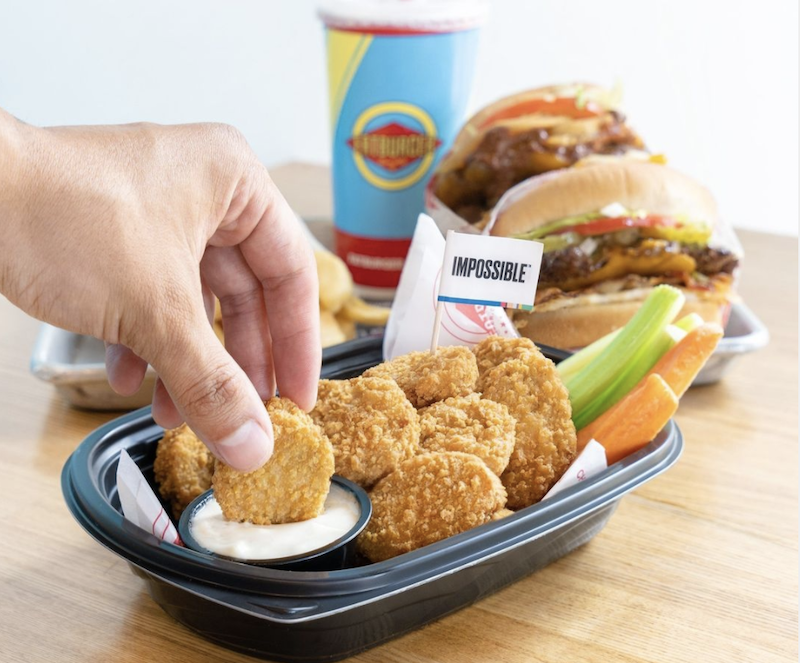 It’s hard to imagine a time when Impossible Burgers weren’t commonplace, but back in 2017, Fatburger was the first fast-casual chain to adopt this meaty, plant-based patty. In 2019, it followed up with vegan cheese and dairy-free milkshakes to complement its vegan handhold. Now, it’s one of the first fast-food chains to carry Impossible’s nuggets. The next time you’re at a Fatburger, what will you choose for your main? Burger or nuggets?
Find it here 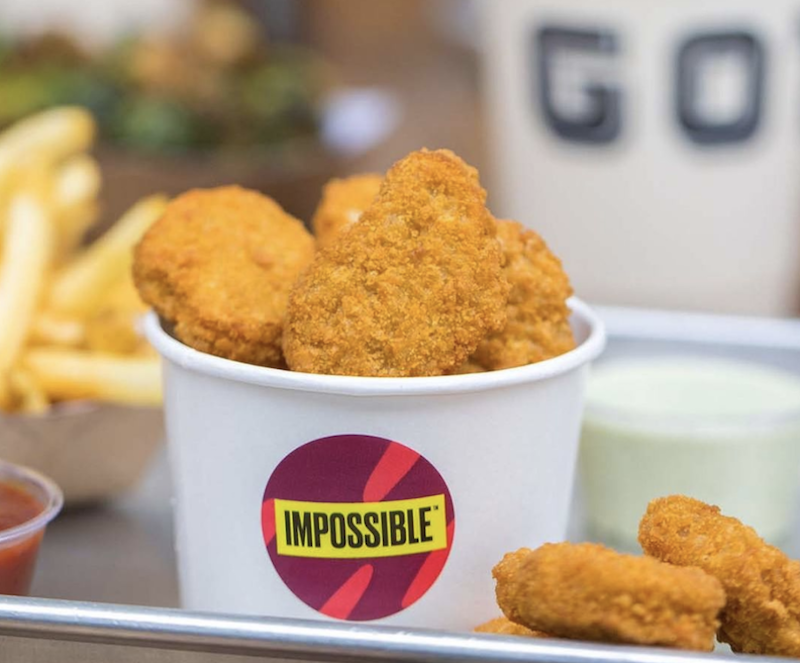 While not pretentious, this Northern California chain does gussied-up versions of California diner classics. After serving the Impossible Burger for years, it’s been honored as one of the first restaurants to carry the vegan nuggets as well. Note: the barbecue sauce is vegan, but ask for no ranch or honey mustard. The nuggets come with fries, but if you’ve got an appetite, check out the fresh veggies and hummus to add a bit more substance to your meal.
Find it here 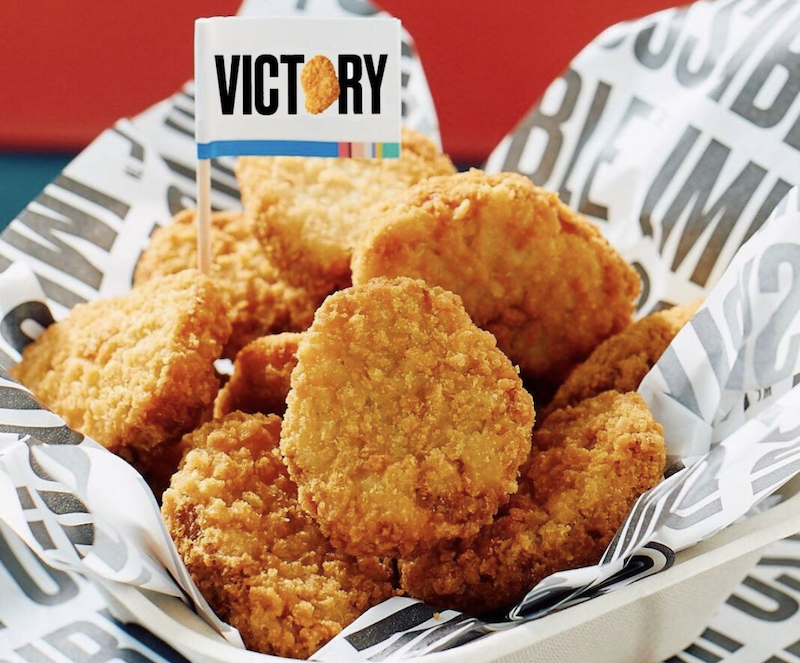 Contrary to its name, Dog Haus does more than just hot dogs. The chain offers customizable sausages in addition to burgers, sliders, chicken sandwiches, and shakes. Both Beyond Meat and Impossible Foods’ products are available, but the vegan chicken war has gone to Impossible. Call ahead before you stop by, as only select Dog Haus locations will carry the nuggets for now.
Find it here

Don’t see an option near you? Restaurants and grocery stores are adding Impossible Chicken Nuggets to their menus on the daily. Check this product locator often to discover vegan nuggs in your neck of the woods.

For more on vegan chicken, read:

Ready to Try the New Beyond Chicken? Here’s Where It’s Available