On October 6, Canadian vegan meat company The Very Good Butchers (VGB) will open a second plant-based butcher shop in downtown Victoria, BC. The shop will serve as a restaurant, vegan butcher shop, and retail space, offering sit-in and patio dining with brunch, lunch, dinner, bar, and bakery menus as well as a deli case so consumers can purchase vegan deli-style meats to eat at home. The new shop opening is just the beginning for the brand as they’re on a mission to expand across North America.

Created by VGB chef and co-founder James Davison, the butcher shop’s restaurant menu will feature dishes made with the brand’s plant-based meats as well as vegan fish and chips, charcuterie boards, bakery items, and a bar menu with beer and wine. The shop’s deli case will feature VGB’s full product line, including its newest Butcher’s Select line of products such as MMM…Meatballs, Flippin’ Good Burger, Cajun Sausage, Bratwurst Sausage, and Breakfast Sausage. 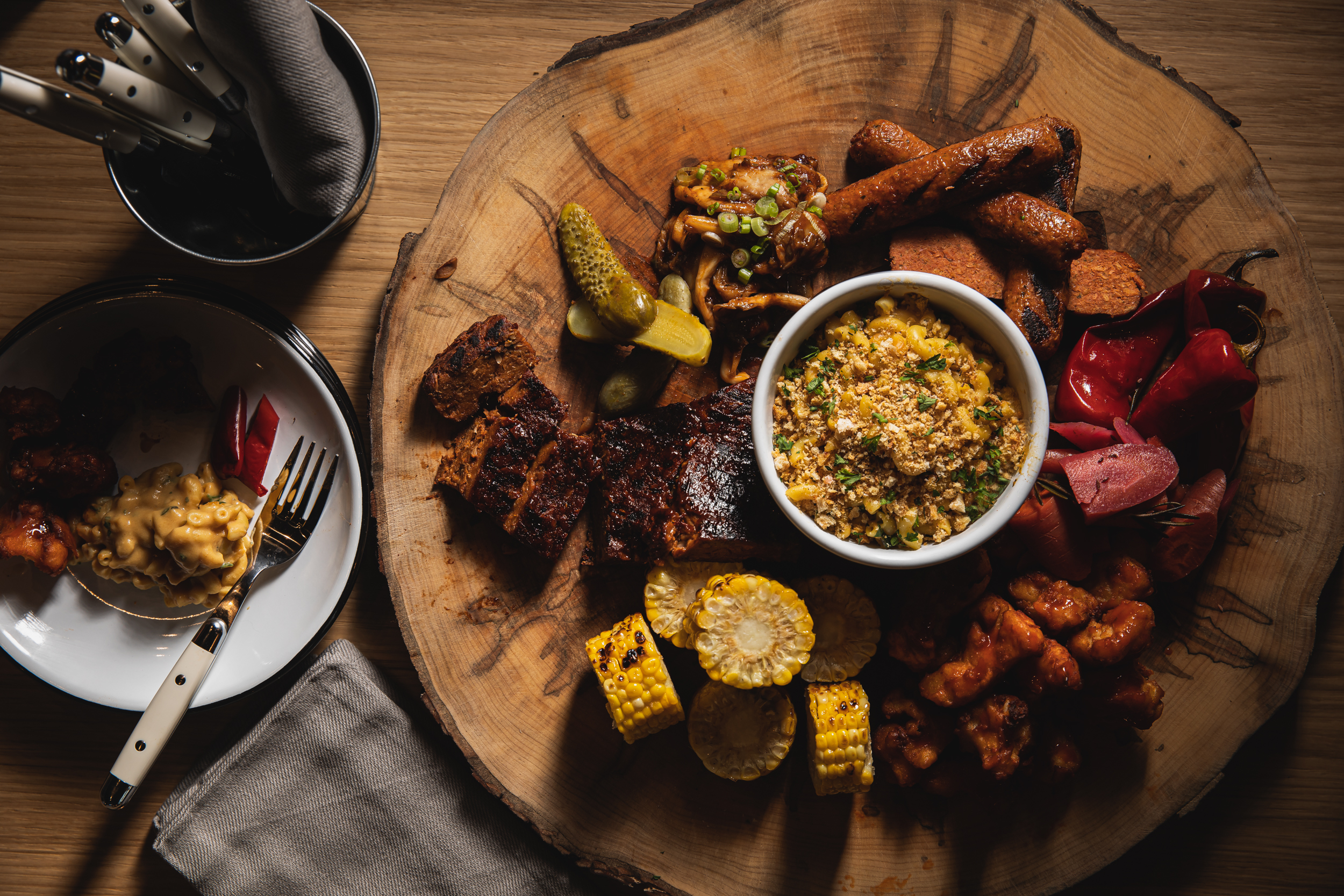 “Our goal has always been to make plant-based eating as easy and accessible as possible, and we realized the need for a sit-down restaurant with delicious vegan dishes,” VBG Co-founder and CEO Mitchell Scott said in a statement. “As more and more people are turning to plant-based foods, we’re excited to continue growing and opening more butcher shops and restaurants across North America. With our outdoor patio and the ability to serve an extended beverage menu including beer and wine, we’re hopeful our new butcher shop will become a local favorite.”

VGB launched in 2016 as a provider of handcrafted vegan cheese and meats made with whole food ingredients such as beans, grains, vegetables, and spices, and sold its products at local farmers markets before opening a storefront in Victoria. The company quickly expanded its offerings to include plant-based burgers, hot dogs, pepperoni, bacon, and steaks through various Canadian retailers and grew into a larger location at the Victoria Public Market. 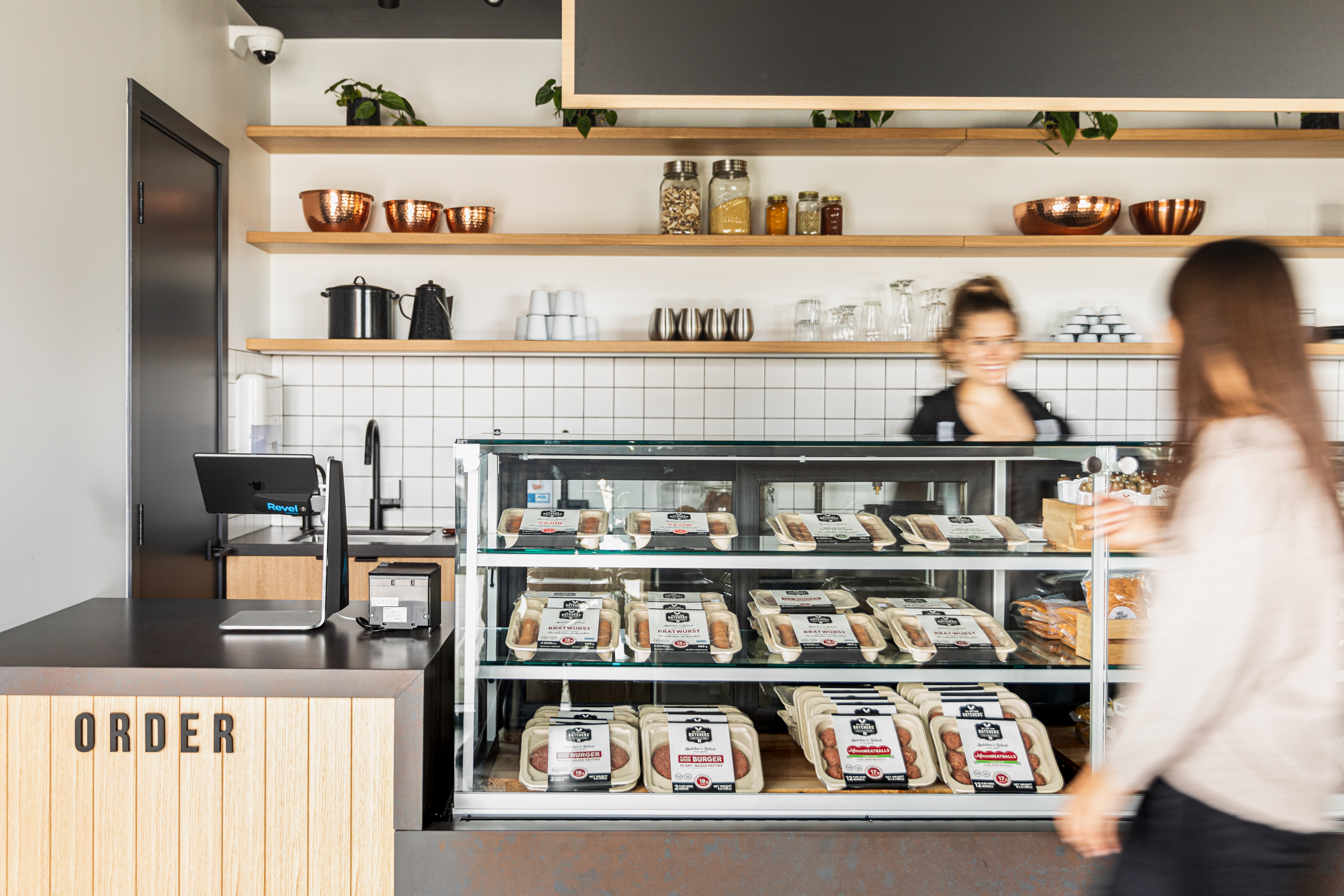 In 2018, the company appeared on Canadian investment reality show Dragon’s Den, where Davison and Scott pitched their business to six dragons (investors) and served them an all-vegan Christmas dinner featuring their meatless products, such as Glaze Roast Beast, Bacon-Wrapped Cocktail Bangers, Truffled Mac, Brussels sprouts with maple and bacon, and a charcuterie board with Grilled Smokin’ Sausage, Pepperoni, and Bangers in Blankets.

Last year, VGB’s parent company, The Very Good Food Company Inc, began trading on the Canadian Securities Exchange under the ticker “VERY,” and within days its stock skyrocketed by 800 percent. By the end of 2020, the company reported a spike in sales of 582 percent—due to a 1,686-percent increase in orders year-over-year—compared to sales it recorded the previous year. 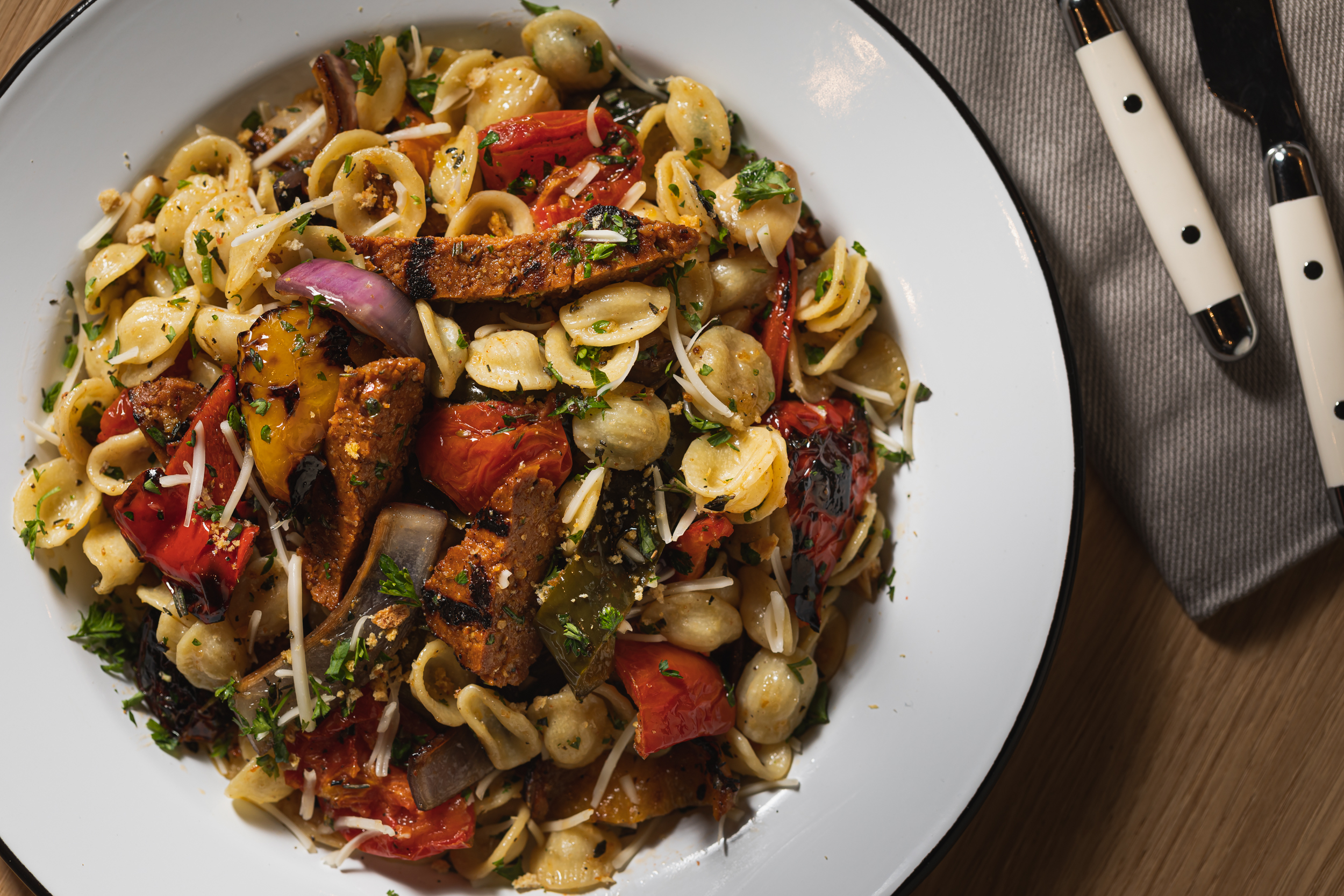 Building on its success as a publicly traded company, VGB built out a new Vancouver production facility earlier this year to increase production capacity by 2,690 percent with 37 million pounds of product expected for 2021. The company also recently signed a US distribution agreement with wholesale distributor United Natural Foods to boost its presence in the United States.

“Our growth is guided by our simple mission, which is lofty, badass but beautifully simple: Get millions to rethink their food choices while helping them do the world a world of good,” Scott said. “And we are doing this by offering plant-based food options [that are] so delicious and nutritious; we’re helping this kind of diet become the norm.”