Vegan company GOOD PLANeT Foods just released a new line of vegan snacking cheeses in single-serve wedge form. The plant-based company is the first to produce and sell a line of dairy-free snack wedges. Similar to the popular Laughing Cow semi-soft cheeses, GOOD PLANeT vegan cheese wedges are packaged six to a round and individually wrapped for portability and portion control. The brand’s vegan cheese wedges are available in Original, Pepper Jack, and Smoked Gouda flavors. Made with allergen-friendly and non-GMO ingredients, the cheeses are now available in more than 700 retail locations in the United States with further expansion on the way.

“We are committed to growing the [plant-based cheese] segment by making it easy for consumers to make a sustainable choice and choose plant-based,” Co-CEO of GOOD PLANeT Foods Bart Adlam said. “With this innovation, we are delivering an allergen-free, keto-certified, plant-based snackable cheese wedge that delivers all the creaminess, satisfaction, and taste of dairy cheese.”

The Bel Group’s entry into the plant-based cheese space reflects the growing market of dairy-free goods and the pressure for dairy-based brands to diversify. While not the largest grossing plant-based dairy category (dairy-free milk tops the charts at $2.5 billion for 2020), the vegan cheese category surged to $270 million in 2020 with a 42.5 percent growth from the previous year. 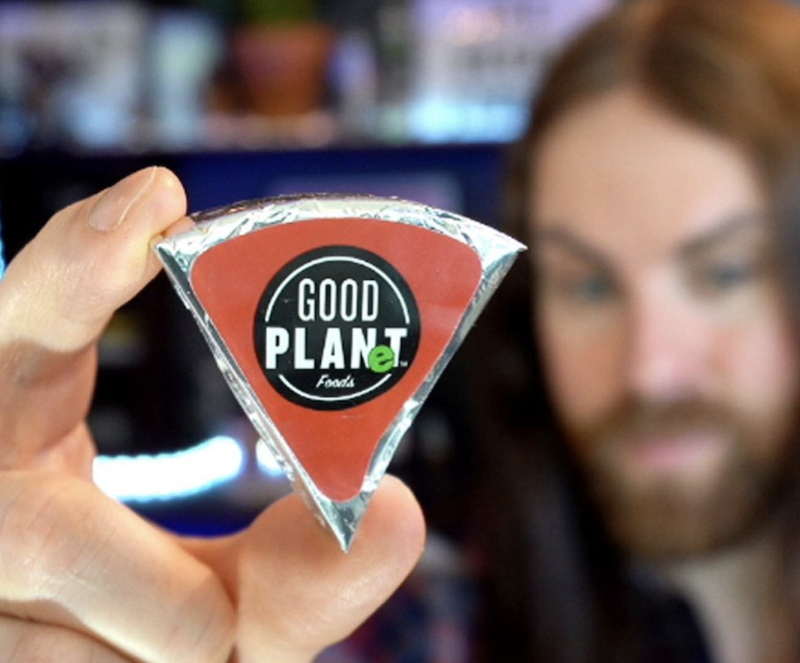 Ingredients vary extensively when it comes to vegan cheese—there is no one way to make a plant-based mozzarella or smoked gouda. However, GOOD PLANeT’s new vegan snack wedges are novel beyond the fact that they are first to the market. Most vegan cheeses rely on nuts or soy ingredients to obtain a certain creaminess or cheese-like structure. Both of these foods fall within the top seven allergens, creating a barrier to vegan cheese for those who suffer from specific and serious food allergies. Made from a blend of coconut oil, food starch, chickpea protein, and a few other allergen-free ingredients, GOOD PLANeT’s wedges are free from nuts and soy.

GOOD PLANeT’s plant-based wedges can be found at HyVee, Wakefern, and other major retailers.

16 Vegan and Nut-Free Snacks for Kids

Miyoko’s Creamery Is Giving Away 1,000 Free Vegan Pizzas. Here Is Where to Get One.

by Anna Starostinetskaya and Nicole Axworthy