From now until February 23, Panda Express is testing new plant-based dishes made with Beyond Beef at its Innovation Kitchen location in Pasadena, CA. The first dish is Mapo Tofu with Beyond Beef which features Beyond Meat’s plant-based beef and bites of firm tofu that are wok-tossed in a spicy Sichuan garlic sauce and best served over steamed rice. As Panda’s second tofu-based entrée after Eggplant Tofu, the Mapo Tofu offers a spicier flavor profile. The second dish is the vegetable-forward String Beans with Beyond Beef, an entrée made with hand-cut fresh string beans that are wok-fired with plant-based Beyond Beef in savory garlic sauce. Panda recommends pairing this dish with Eggplant Tofu and Chow Mein. 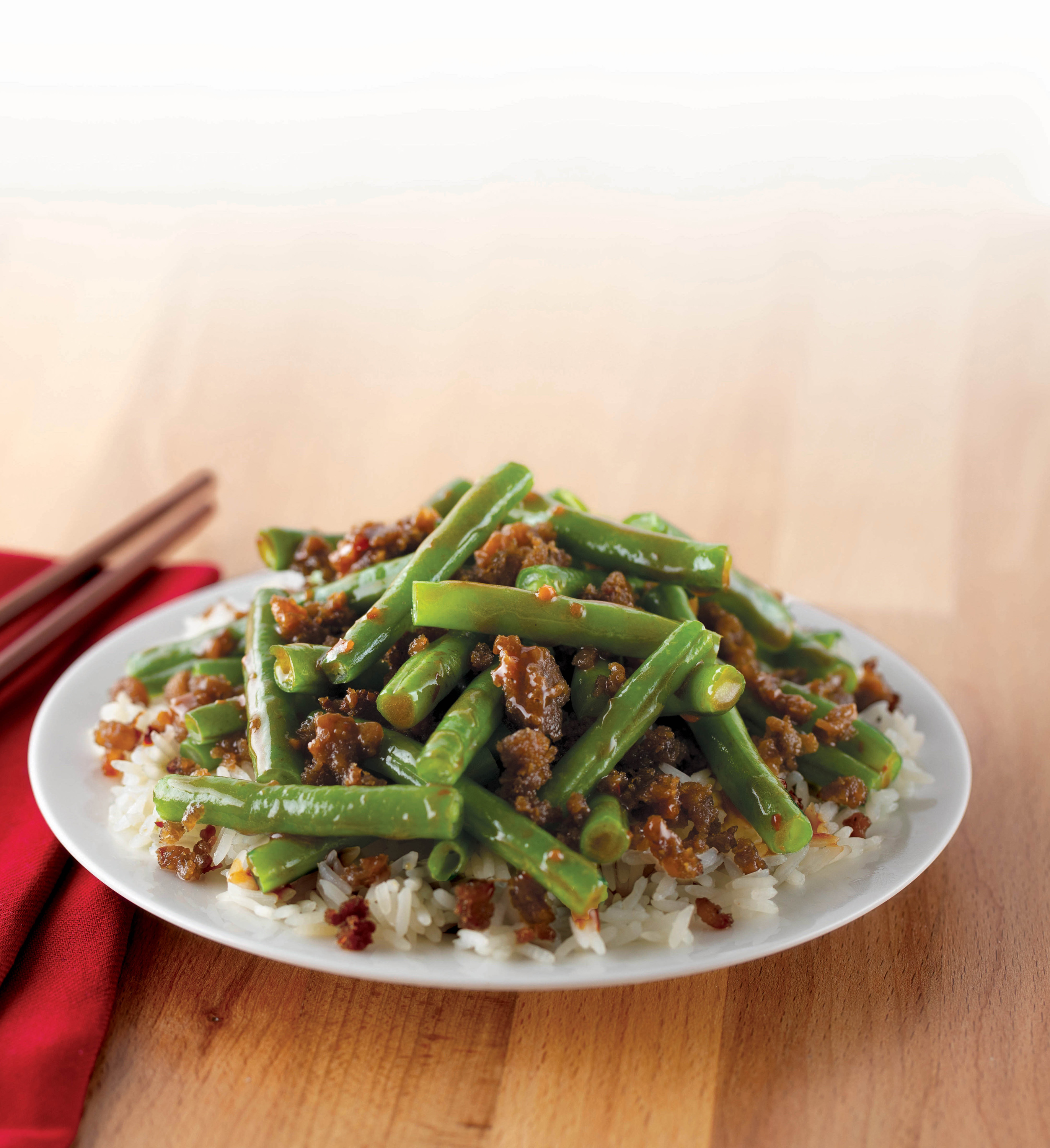 “These dishes are traditionally made with minced pork or beef, but we are now offering a plant-based version with Beyond Beef from Beyond Meat,” Chef Jimmy Wang, Executive Director of Culinary Innovation at Panda Express, told VegNews. “Guests can expect the bold American Chinese flavors that they know and love from Panda with the added benefits of plant-based meat.”

The Pasadena test location serves as a real-time testing environment where Panda Express chefs can experiment with new dishes to cater to customers’ evolving tastes. “We’re continuously looking for ways to innovate and provide new offerings to our guests and sometimes use the Innovation Kitchen to test these dishes first,” Wang said. “We’ll gather insight first and then determine if it makes sense for a potential future roll out.”

Panda does not claim that these dishes are vegan as they are prepared on shared equipment with other menu items.

Panda Express is testing its new Beyond Beef-centered dishes after a wildly successful sell-out launch of Beyond The Original Orange Chicken (BTOOC). The vegan orange chicken was made to mimic Panda’s star menu item Original Orange Chicken, an item that has been on its menu since 1987 and now accounts for one third of its business. The plant-based version is made with chicken developed by Beyond Meat and is coated in the same spicy and tangy sauce as the original but without any animal products.

Panda first tested this vegan version of its most popular dish at select California and New York locations last July. The BTOOC became an instant success, with Panda selling more than 1,300 pounds of the vegan orange chicken in one day and completely selling out in the California test markets within two weeks. After this successful test launch, Panda expanded the test of the BTOOC to 70 locations across 10 states in October with an eye on a national launch.

“Beyond the Original Orange Chicken was one of our most successful regional launches ever, and we are thrilled to be working with Beyond Meat to diversify our plant-based offerings with these new dishes incorporating Beyond Beef,” Wang said.

Prior to these test launches with Beyond Meat, Panda had few plant-based options as many of its vegetable dishes were made with chicken broth and animal-derived seasoning. However, after working with organization Vegan Outreach, Panda reformulated some of its items to remove the animal-derived ingredients, including its first vegan entrée: Eggplant Tofu (available at select locations). Other vegan-friendly options at Panda Express are Super Greens Mixed Vegetables along with chow mein, white rice, and brown rice.