Los Angeles-based Fiction Foods is using cellular agriculture to develop a vegan egg alternative that is more nutritious than chicken eggs. Fiction Foods—which was created by Brendan Brazier, co-founder of plant-based sports nutrition brand Vega—plans to have its flagship product, Performance Scramble, market-ready before the end of the year.

Performance Scramble is a nutrient-rich liquid designed to be superior to that of a chicken egg and produced using a fraction of the environmental resources. Specifically, it claims to enhance mental and physical performance and can be used in all the conventional ways you would typically cook and eat chicken eggs, such as breakfast scramble and baking. To date, Fiction Foods has completed the bench-scale formulation and prototyping work for the product, and it is currently in the process of finalizing ingredient suppliers and manufacturers before its commercial launch later this year.

Unlike traditional methods of cellular agriculture, which requires a sample of cell cultures taken from a live animal, Fiction Foods is using nutrient-rich euglena—a single-cell organism found in freshwater and saltwater that is grown using fermentation and without the need for animal cells. 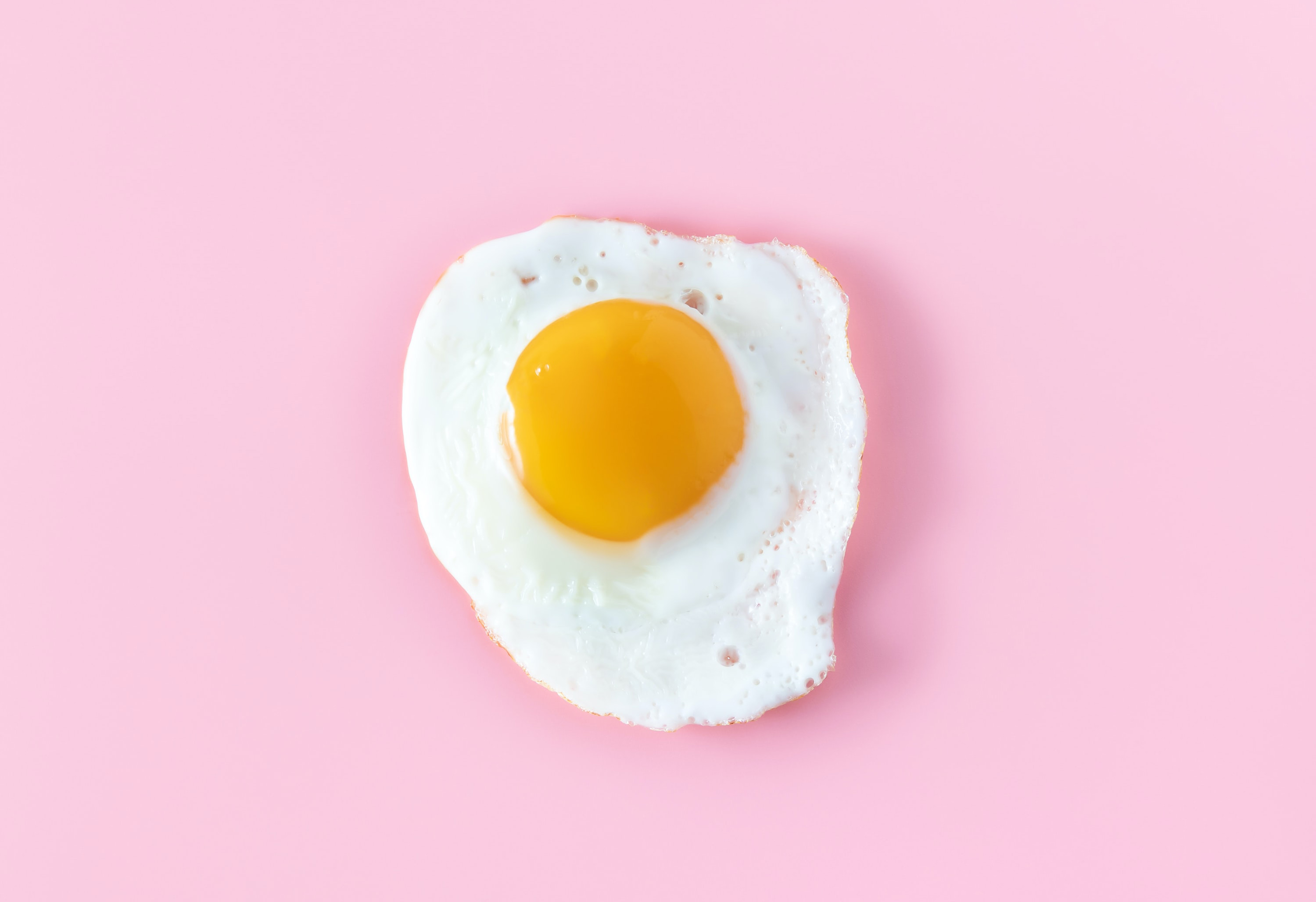 “Creating a nutrient-dense, versatile liquid that can be used in place of a chicken egg has long been an objective of mine. We are working hard so that Performance Scramble will be used to bolster mental and physical performance far beyond that of a chicken egg’s nutritional capability, while leaving the chicken alone,” Brazier said in a statement. “It’s not a fake egg, but a whole new culinary experience, that is made from a single-cell organism called euglena that contains animal-like and high-quality protein, but without the animal.”

Fiction Foods’ Performance Scramble product has been optimized to have 15 percent more animal-quality protein than a chicken egg; more DHA omega-3 than salmon; more zinc than oysters; more probiotic than yogurt; more antioxidants than blueberries; as well as including MCT oil, which can promote enhanced cognitive performance; and beta glucan, to help boost the immune system.

The ultimate goal of Fiction Foods—a portfolio company of investment platform CULT Food Science, which focuses exclusively on lab-grown foods—is to produce nutrient dense protein in a more efficient and environmentally friendly manner. The company will do this by aiming to obtain more nutrients (proteins, vitamins, minerals, antioxidants, and phytochemicals) while consuming less of each natural resource (land, water, and fossil fuels), which it calls the nutrient-to-resource ratio. Fiction Foods is also incorporating cellular agriculture and fermentation technologies to help make that happen. 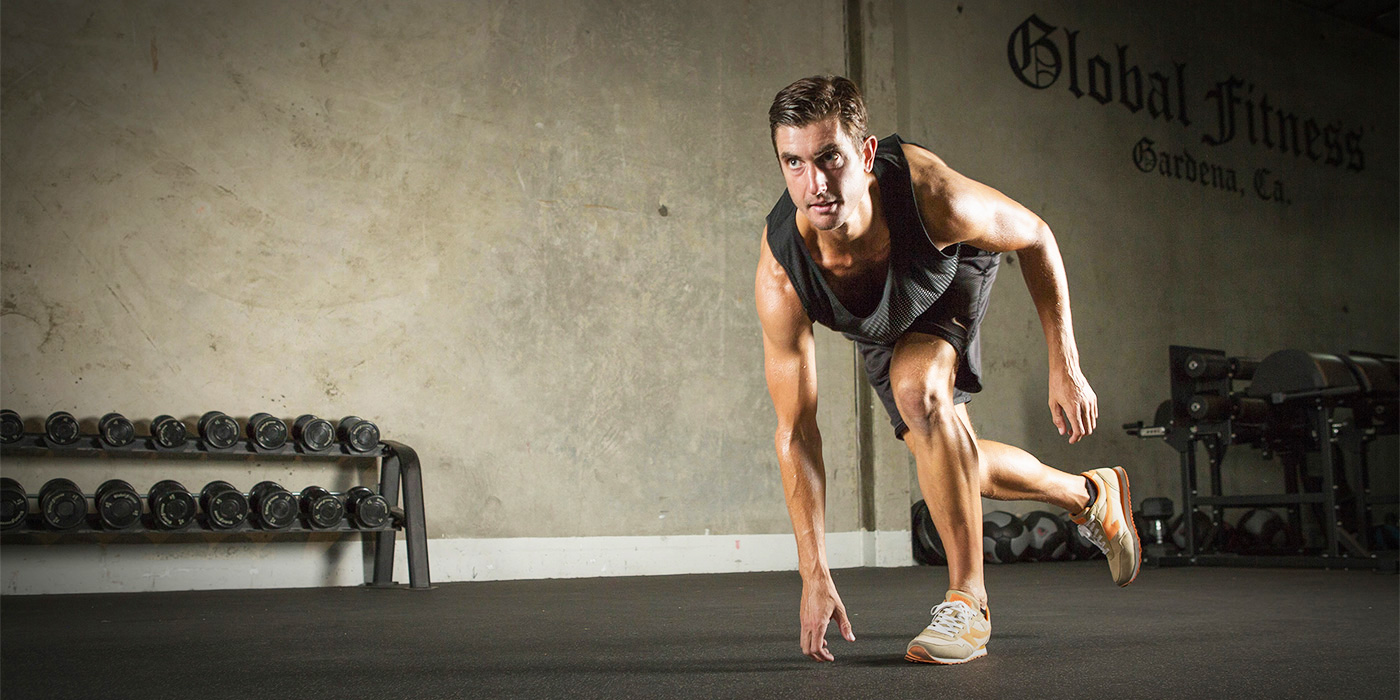 The creation of Fiction Foods is in line with Brazier’s life-long pursuit to improve human health and the environment—the same vision he had for Vega, which was acquired by WhiteWave Foods for $550 million in 2015.

“[Fiction Foods’] inaugural product, the aptly-named Performance Scramble, has been designed to drive human potential while providing an offset for its environmental footprint,” Lejjy Gafour, President of CULT, said in a statement. “The Performance Scramble prototype is a testament to Brendan’s lifelong pursuit to improve both human health and the environment, evidenced by his thought leader status and successful exits in the food optimization space.”

Fiction Foods joins a number of other companies from around the world that are working to replace the exploitation of chickens for their eggs. In 2020, France-based startup Le Papondu created a whole vegan egg—complete with yolk and shell—that cooks, tastes, and cracks like a chicken egg using a proprietary mix of vegetable proteins.

In Germany, food technology company Perfeggt developed a plant-based liquid alternative to eggs that is formulated with fava beans and other plant proteins and lipids and can be fried in a pan just like traditional scrambled eggs or an omelet. 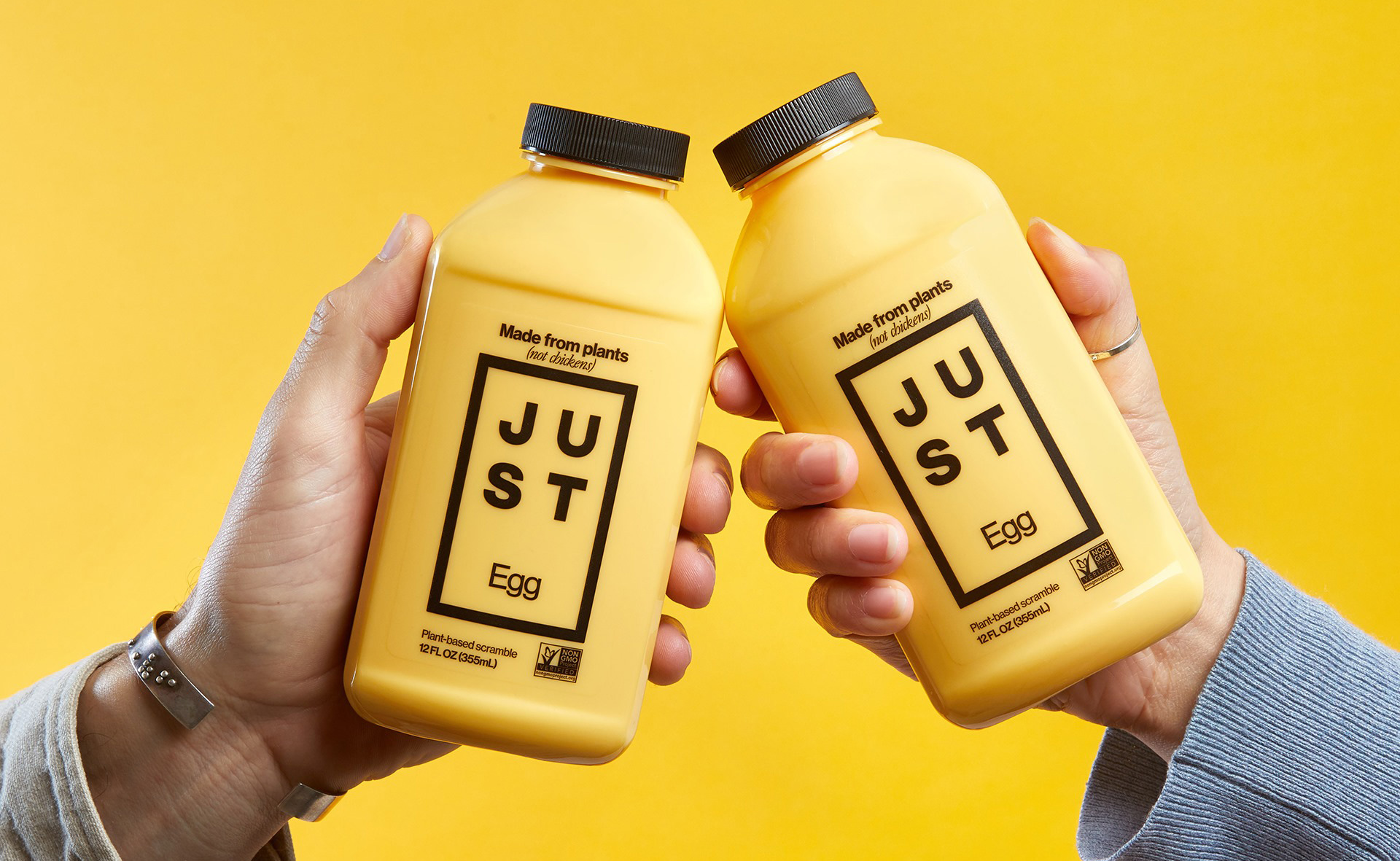 Stateside, Eat Just created its mung-bean-based JUST Egg to mimic traditional eggs. The product became available throughout the United States in 2019 and has since expanded to nearly every major market. JUST Egg has continued to improve the formula while at the same time reducing price to better compete with the price of chicken eggs. The company has also expanded into cultured meat with its subsidiary GOOD Meat, and its culture chicken was approved for sale in 2020 in Singapore—currently the only country in the world that has granted regulatory approval to cultured meat.