Kraft Heinz will operate the joint venture under the name The Kraft Heinz Not Company and meld its extensive industry knowledge, connections, and iconic brand portfolio with NotCo’s technologies, namely its artificial intelligence-powered discovery platform that develops plant-based alternatives that mimic animal products on a molecular level. Together, Kraft Heinz and NotCo will develop co-branded products at an accelerated pace and scale, making this joint venture one that could lead to major plant-based changes in the global food system.

“The joint venture with NotCo is a critical step in the transformation of our product portfolio and a tremendous addition to our brand design-to-value capabilities,” Miguel Patricio, CEO of Kraft Heinz, said in a statement. “It helps deliver on our vision to offer more clean, green, and delicious products for consumers. We believe the technology that NotCo brings is revolutionizing the creation of delicious plant-based foods with simpler ingredients.”

The Kraft Heinz Not Company will be headquartered in Chicago with research and development facilities in San Francisco. Overall, the goal of this joint venture is to “reshape the food landscape and set a new standard for plant-based innovation.” 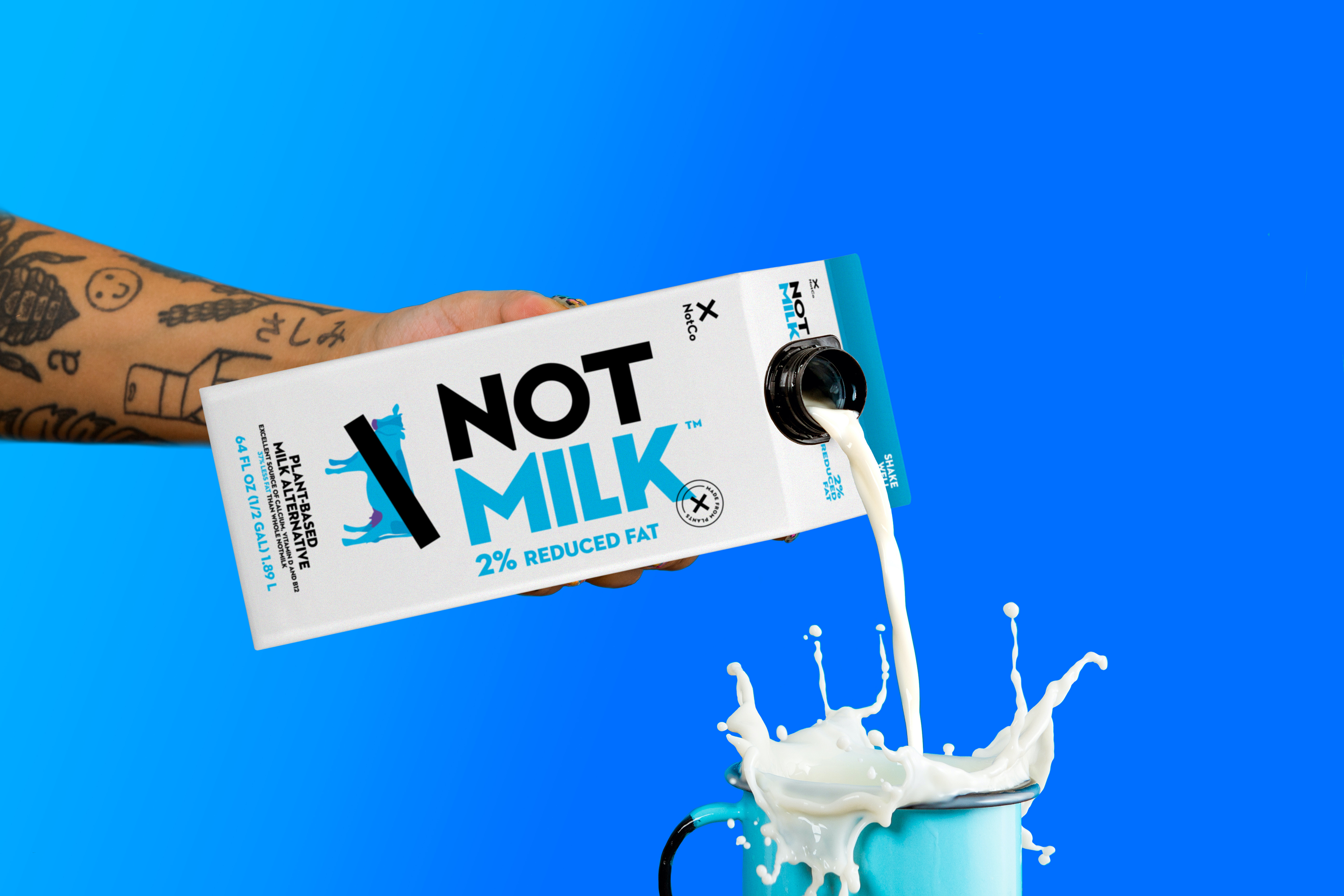 Founded in 2015 in Chile, NotCo uses its platform (which it calls “Giuseppe”) to analyze the properties of thousands of plants in a database and then creates unique ingredient combinations that aim to replicate the taste and texture of animal-based products. Thus far, the startup has launched near-identical approximations of milk, meat, and mayonnaise made with unexpected ingredients such as pineapple, coconut, cabbage, peas, bamboo, beets, and chickpeas.

Backed by a long roster of top investors, including Amazon founder Jeff Bezos, NotCo has found wide distribution of its products such as NotMilk, NotMayo, and NotMeat in its home country. The brand’s products are also available at major international chains in Chile, including Starbucks, Papa John’s, and Burger King. NotCo entered the US through a Whole Foods retail partnership in 2020.

“When we started NotCo, it was our goal to make our technology a catalyst for a more sustainable food system not only for us, but for other brands and manufacturers who share the same ambition,” NotCo CEO and co-founder Matias Muchnick said in a statement. “Today is an exciting milestone for the plant-based industry and shows the power of technology’s role in driving mainstream adoption. We’re thrilled to partner with Kraft Heinz and their iconic brands and work hand-in-hand on building a more sustainable food system.” 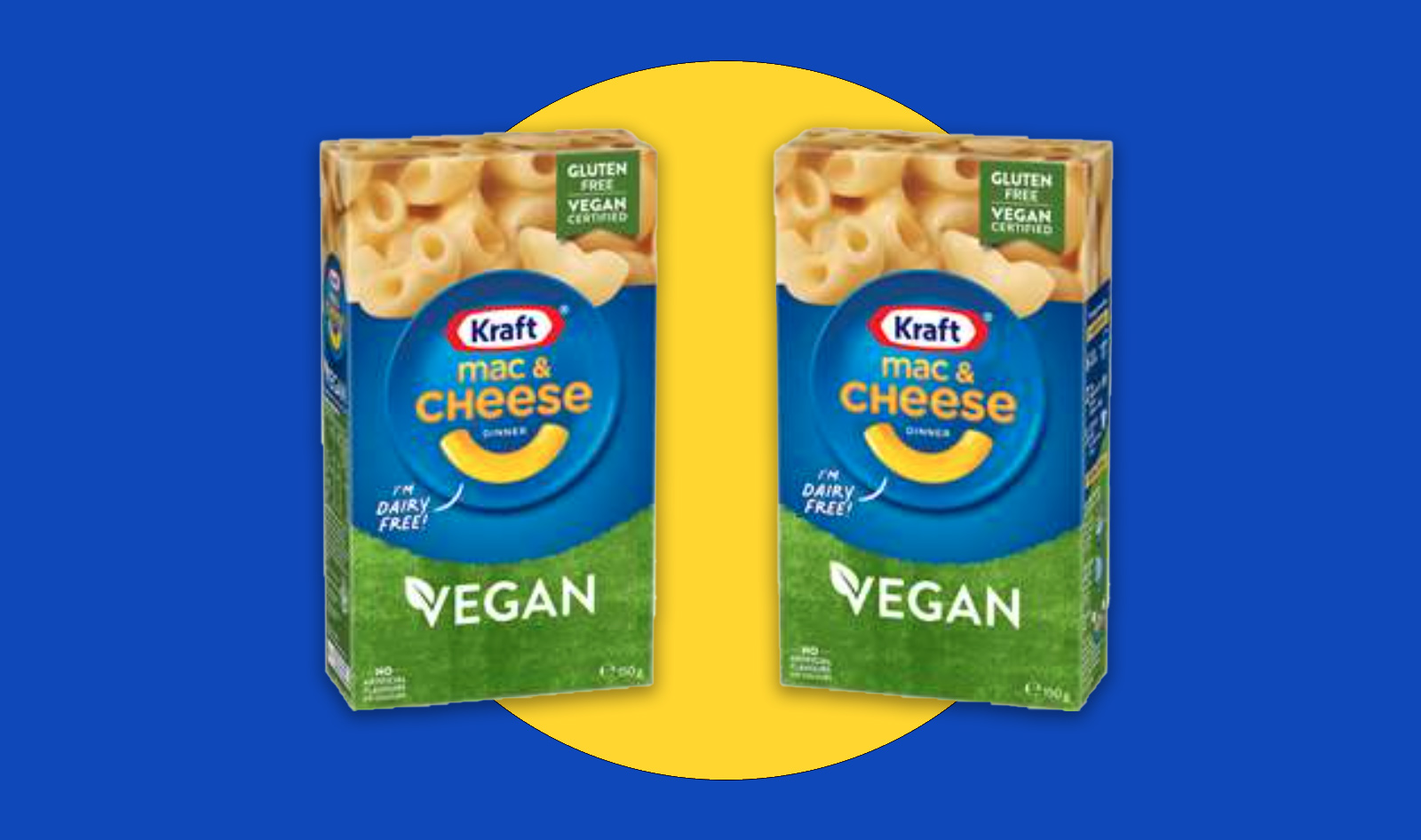 Prior to announcing its joint partnership with NotCo, Kraft Heinz already began releasing new plant-based versions of its iconic products internationally. In Australia, Kraft Heinz launched a vegan version of its classic Kraft Mac & Cheese last year. The company developed the new product as a “contemporary” take on the classic boxed meal that is both gluten-free and vegan-certified with pasta made from rice flour and a dairy-free sauce. Offered in the same classic blue box, Kraft even modified the cooking instructions for the new mac and cheese to suggest using soy milk instead of traditional cow’s milk.

While The Kraft Heinz Not Company has yet to announce which specific products in the Kraft Heinz portfolio it will reimagine, some iconic meat- and cheese-heavy items that could benefit from a NotCo plant-based makeover are Oscar Mayer wieners, Lunchables, Kraft cheese singles, Velveeta, and Bagel Bites.