California-based vegan seafood startup Impact Food recently secured $500,000 to help build a more sustainable food system, starting with raw, sushi-grade vegan bluefin tuna. By doubling down on the development of the right flavor, texture, and experience of seafood, the Impact Food team hopes to provide a solution to saving the ocean’s most vulnerable animal populations.

Founded in 2021 by University of California, Berkeley graduates Kelly Pan, Stephanie Claudino Daffara, and Adrian Miranda, Impact Food is driven to create new solutions to build a more sustainable and resilient food system. By combining their knowledge in food science, molecular biology, and business, the team’s mission is to provide a sustainability solution using plants, but without compromising flavor when it comes to seafood.

“We decided to start with a vegan, whole-cut alternative to tuna because tuna is both the world’s most consumed fish and one of the world’s most endangered animal species,” Impact Food co-founder Kelly Pan told VegNews. “Bluefin tuna is known for its delicate texture and subtle ocean flavor that is perfect for popular dishes like sushi. It is also an apex predator that helps maintain the health of our oceans.” 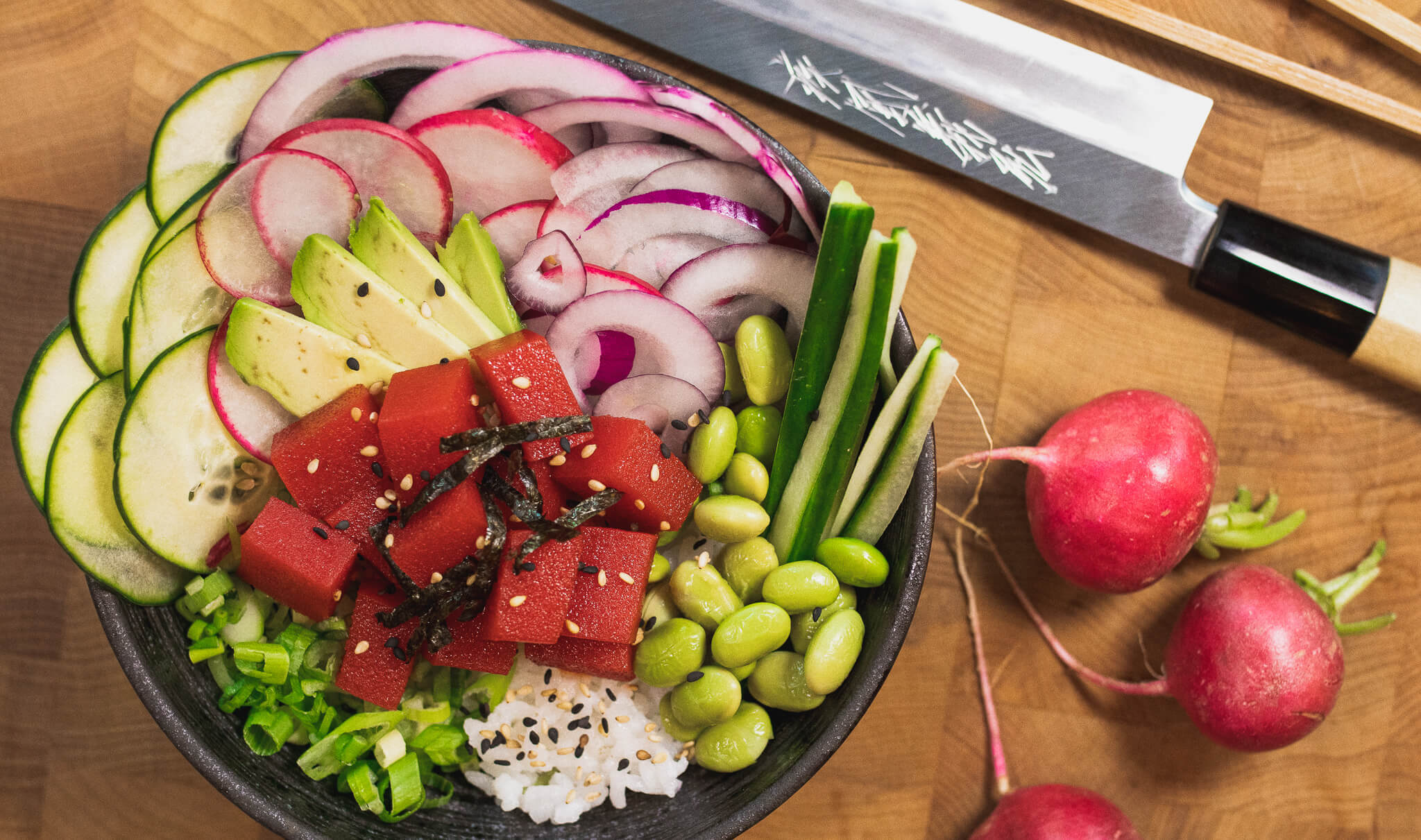 Saving the oceans with plant-based seafood

Impact Food believes that plant-based seafood is the solution to restoring and preserving healthy ocean ecosystems. Unlike conventional animal-based seafood, vegan alternatives do not contribute to common seafood sustainability issues, such as overfishing, pollution, and bycatch. According to the Food and Agriculture Organizations of the United Nations, 90 percent of fish stocks are currently fully fished or overfished. Additionally, fish cultivated in aquaculture systems require an unsustainable amount of land and resources to produce and feed them.

Pacific bluefin tuna, specifically, is currently listed as “Near Threatened” by the International Union for Conservation of Nature with decreasing population numbers. With its plant-based Impact Tuna, Impact Food hopes to ease the burden on our oceans and specifically the Pacific bluefin stock. “Because of increasing global demand for seafood, overfishing has continued to decimate the tuna population at an alarming rate,” Pan said. “We created delicious plant-based tuna so that fish stocks can finally recover from decades of ecological damage and the tuna fish can continue to restore the balance in our marine ecosystems. But tuna is only the start—there’s so many other species and cuts of seafood to be explored.”

Impact Food’s vegan tuna is made to provide the same nutritional content as conventional seafood, and is composed of three key ingredients: pea protein with all nine essential amino acids, algae for omega-3 fatty acids, and beet juice for a natural red color while also providing potassium and other healthy minerals. 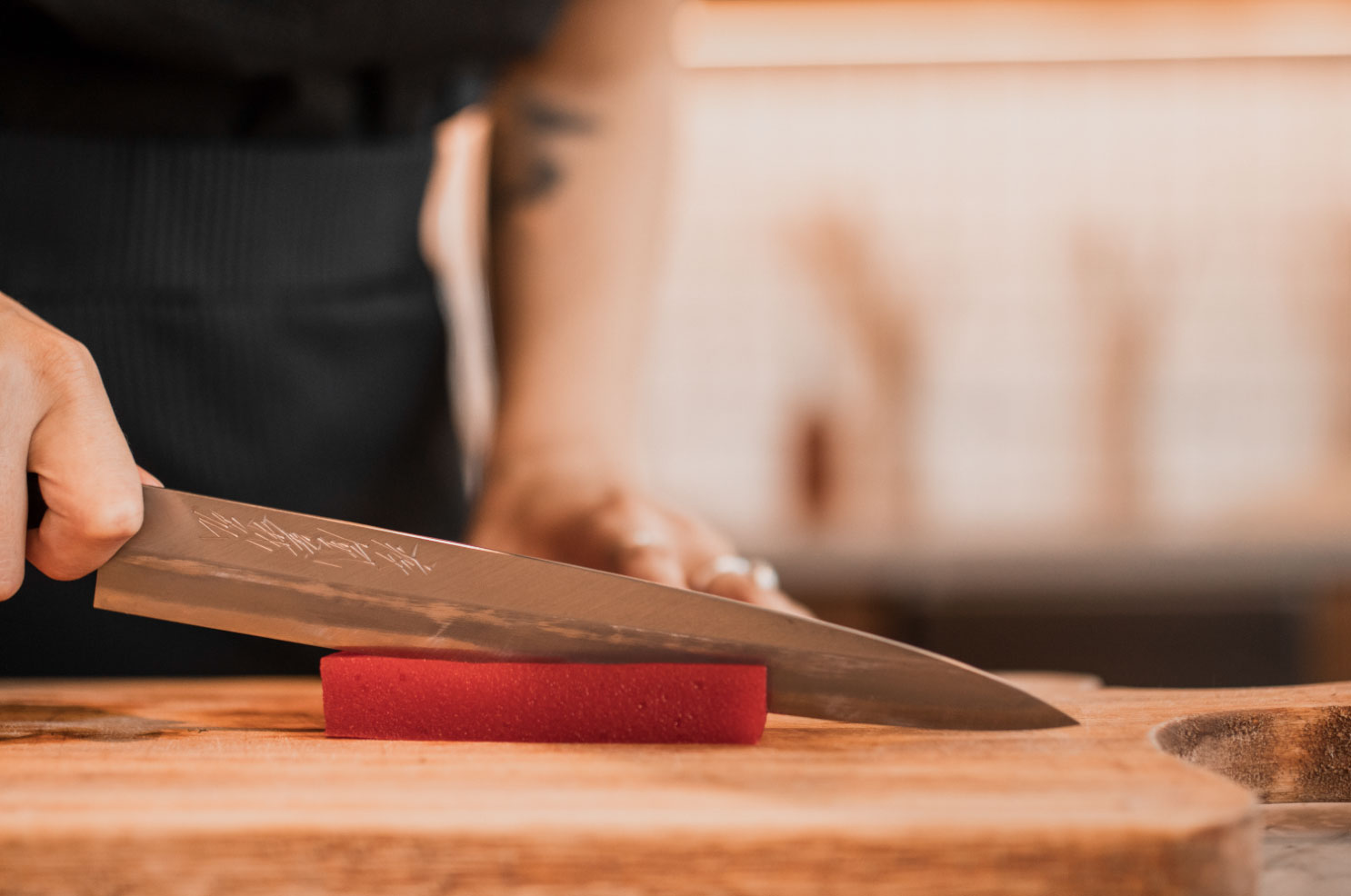 Impact Food also developed a proprietary system to recreate the unique fleshy texture of tuna. “We developed a novel texturization process that transforms our proprietary blend of protein and algae-derived ingredients into the complex, fibrous texture of whole-cut seafood,” Pan said. “This allows our completely plant-based raw sushi-grade tuna to provide the consumer with the melt-in-your-mouth sensation of fleshy tuna, in addition to nutrient-rich protein and the taste of the sea in every bite.”

With Impact Food’s recent angel funding round—made possible by investors such as Ahimsa Foundation, Future Food Fund (Japan), Serpentine Ventures, George Sobek, and Pierre Jouve—the startup can move forward with the commercial launch of its first product. The startup’s product roadmap will include additional seafood products, such as mollusks and crustaceans. Later this year, Impact Food plans to build out and execute its pilot production plans. Previously, the company built its research lab at KitchenTown, a food innovation lab in San Mateo, CA with the support of food science and strategic advisors.

Starting early next year, Impact Food plans to showcase its Impact Tuna at select restaurants and foodservice partners in the United States and Japan, followed by a mass market launch by the end of 2023. 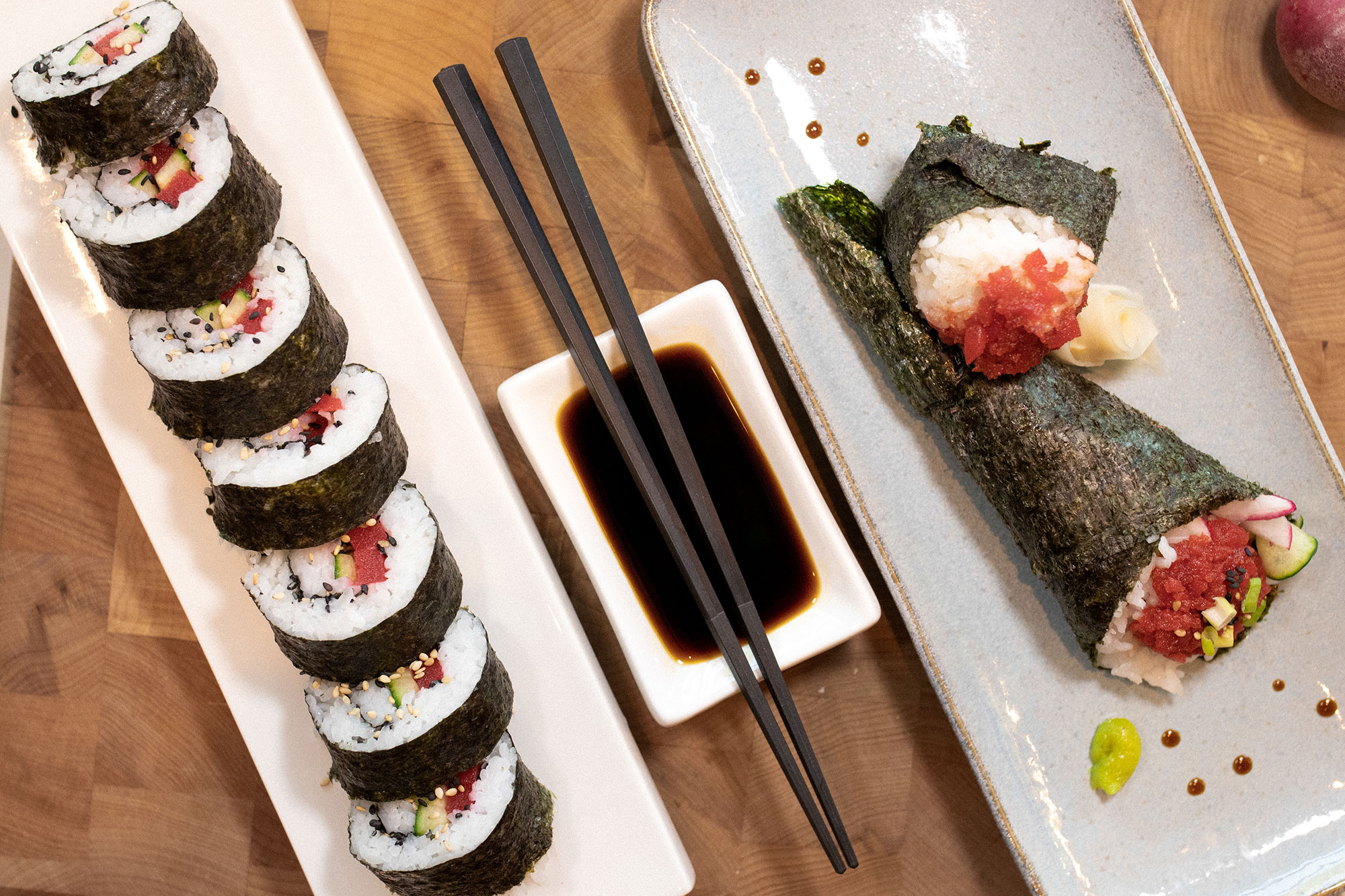 Ultimately, Impact Food sees a future food system that can reliably and sustainably feed the world’s growing population while protecting our oceans and marine life. “As we continue innovating and scaling our plant-based seafood, our goal is to reconstruct the center of the plate with a new, tastier seafood product that is better for our people, planet, and animals without any harmful mercury, parasites, nor antibiotics,” Pan said. “We’re working to make our plant-based seafood available and accessible to consumers around the world and positively impact the food system one sushi roll or [insert your favorite seafood dish] at a time.”

For the latest vegan news, read:
Will Climate Change Bring an End to Animal Agriculture?
James Beard Appoints 2 Vegan Chefs to Its Legacy Network
How Fine Vegan Cheese Is Making a Bid for the Dairy Case