Quorn just launched a clever multi-channel campaign in the United Kingdom that flips the idea of what an “alternative protein” is on its head. Created to promote its new range of vegan deli meat slices, the campaign includes a television commercial titled “So Tasty! Why Choose The Alternative?” featuring a woman named Lisa eating a sandwich stuffed with Quorn’s new slices. 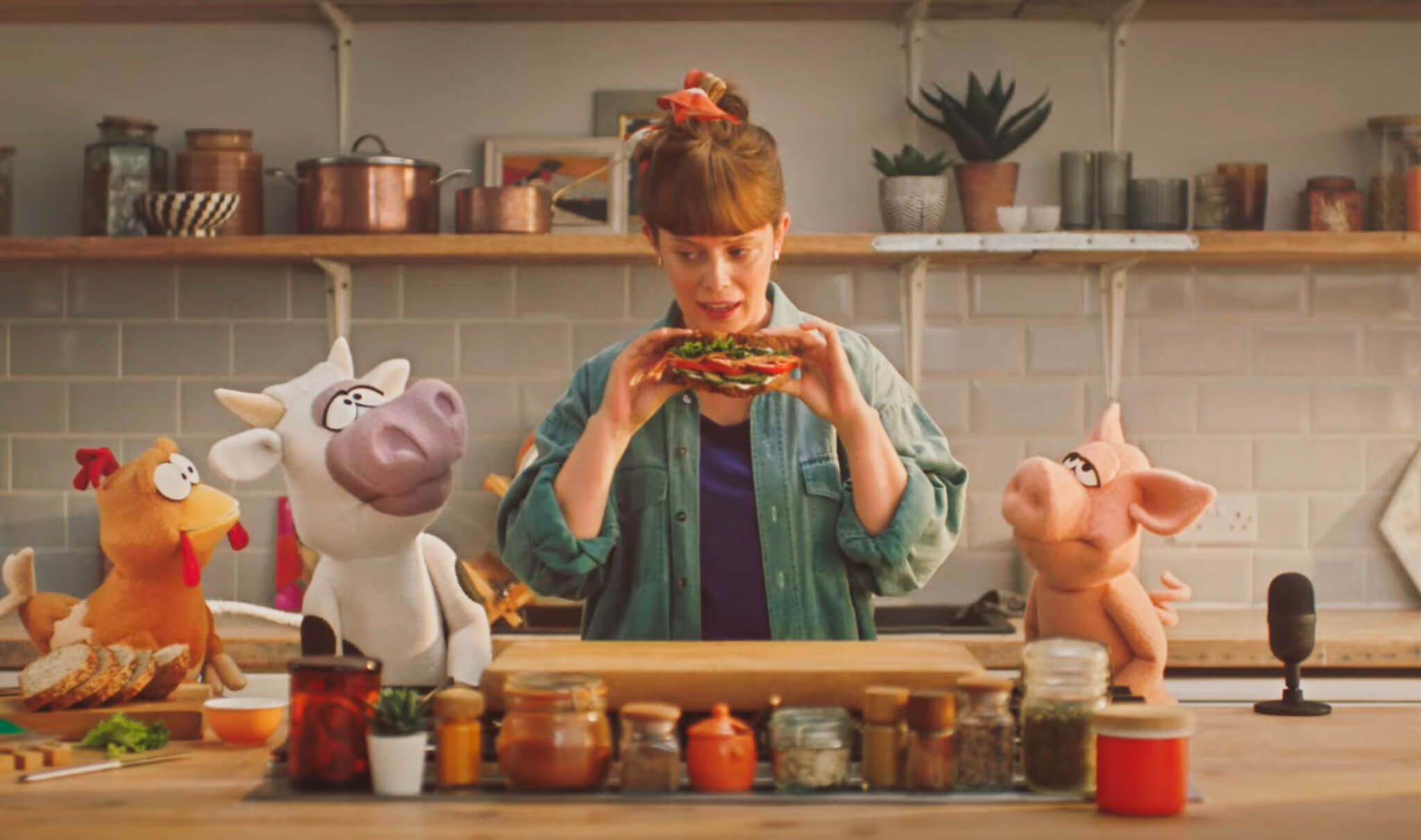 As Lisa bites down, a narrator comes into the picture who says “so tasty, why choose the alternative?” and as the camera zooms out, the narrator is revealed to be a pig puppet—who, in context, is sending the message that there is no need to kill pigs to eat delicious deli ham.

“This new campaign has been created to connect with flexitarians who are looking to reduce their meat intake but not lose out on the taste and texture they know and love from meat deli,” Gill Riley, Quorn Foods UK Marketing Director, said in a statement.

“We want to make them laugh whilst also demonstrating just how delicious our new products are. As we know, switching consumers into our products from their usual meat deli slices will be another step towards helping the planet,” Riley said. “We’re consistently investing in research and technology to make sure our products have the closest texture to meat and, most importantly, deliver succulent taste. We want consumers to feel like they aren’t compromising on their favorites.”

Quorn’s new commercial is a clever take on common meat industry advertising, where anthropomorphized animals ask humans to connect with them emotionally. One example is Chick-Fil-A’s “Eat More Chicken” popular campaign, which features a cow who pleads for humans to eat more chickens to spare himself and others of his species slaughtered for beef. This could be seen as funny, but only if you do not connect the dots between the suffering of animals and the products made from them.

Another example came from KFC in 2017, where a real chicken is shown in close-up shots dancing to  late rapper DMX’s hit song “X Gon’ Give It to Ya.” KFC created this commercial to send a message that it is giving consumers real chicken. But this time, the advertising scheme backfired, causing viewers to make a connection between the items on KFC’s menus and real, living chickens. Some took to social media to announce that the commercial had made them rethink their consumption of chickens. 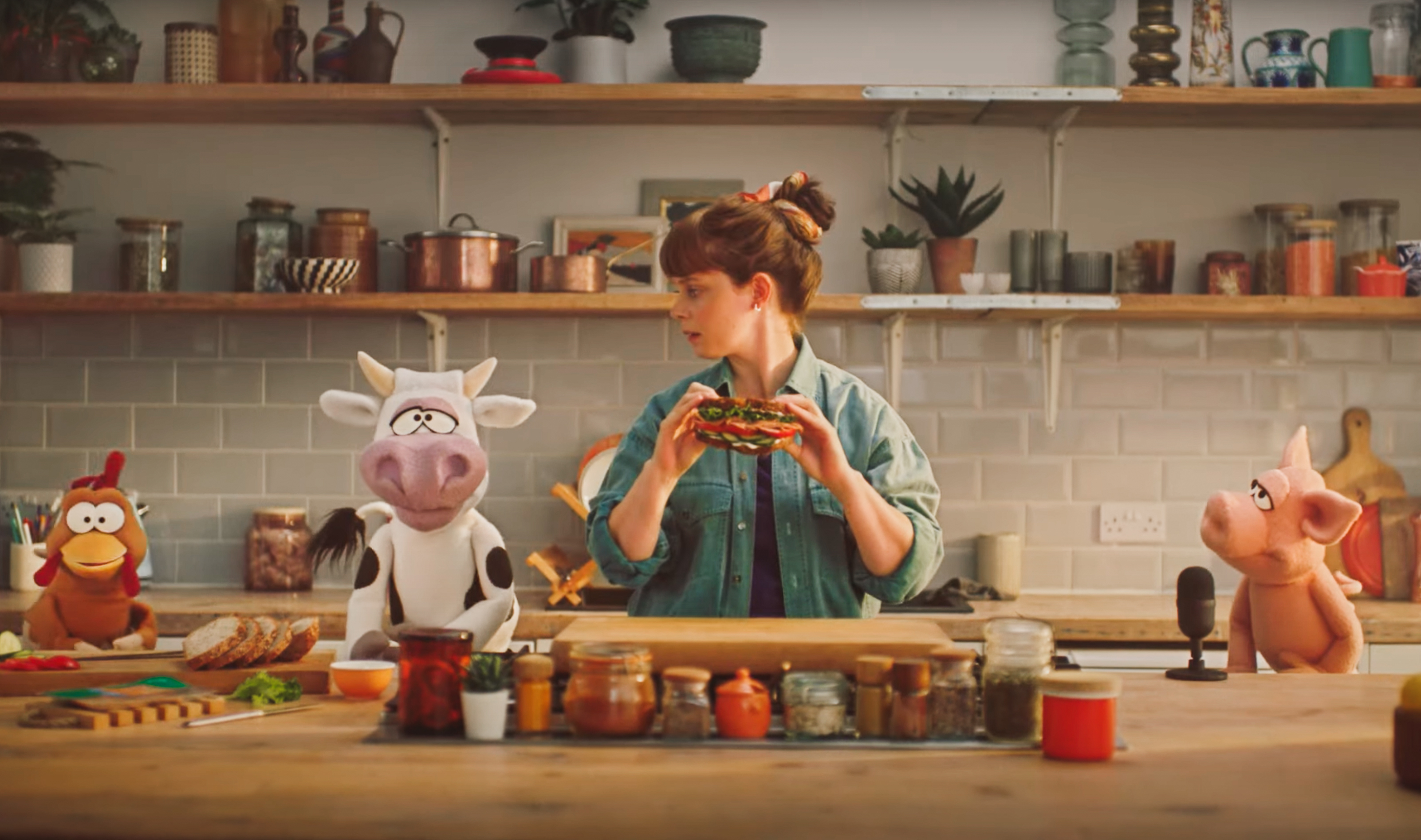 Quorn’s messaging flips this script and leans into the cognitive dissonance required to eat animal meat by asking viewers why they would choose animal flesh when presented with a superior vegan meat option.

Psychological research in this field points to the fact that humans do not develop an understanding of animals being food products until later in life. One such study, conducted by researchers at the University of Exeter in the United Kingdom, was published in April in the Social Psychological and Personality Science.

Here, researchers examined the way attitudes around identifying some animals as food and others as pets or companions change from childhood to adulthood to find that children between the ages of 9 and 11 were less likely than older groups to classify animals as food, meaning the ideas around eating meat are shaped from childhood to adulthood through external sources.

Quorn taps Drew Barrymore to promote meatless chicken in US

Quorn is a pioneering British brand that has been making meat alternatives from its fungi-based mycorpiten for decades. The brand is widely distributed across the world and has turned its focus on becoming a major meatless chicken producer in the United States. 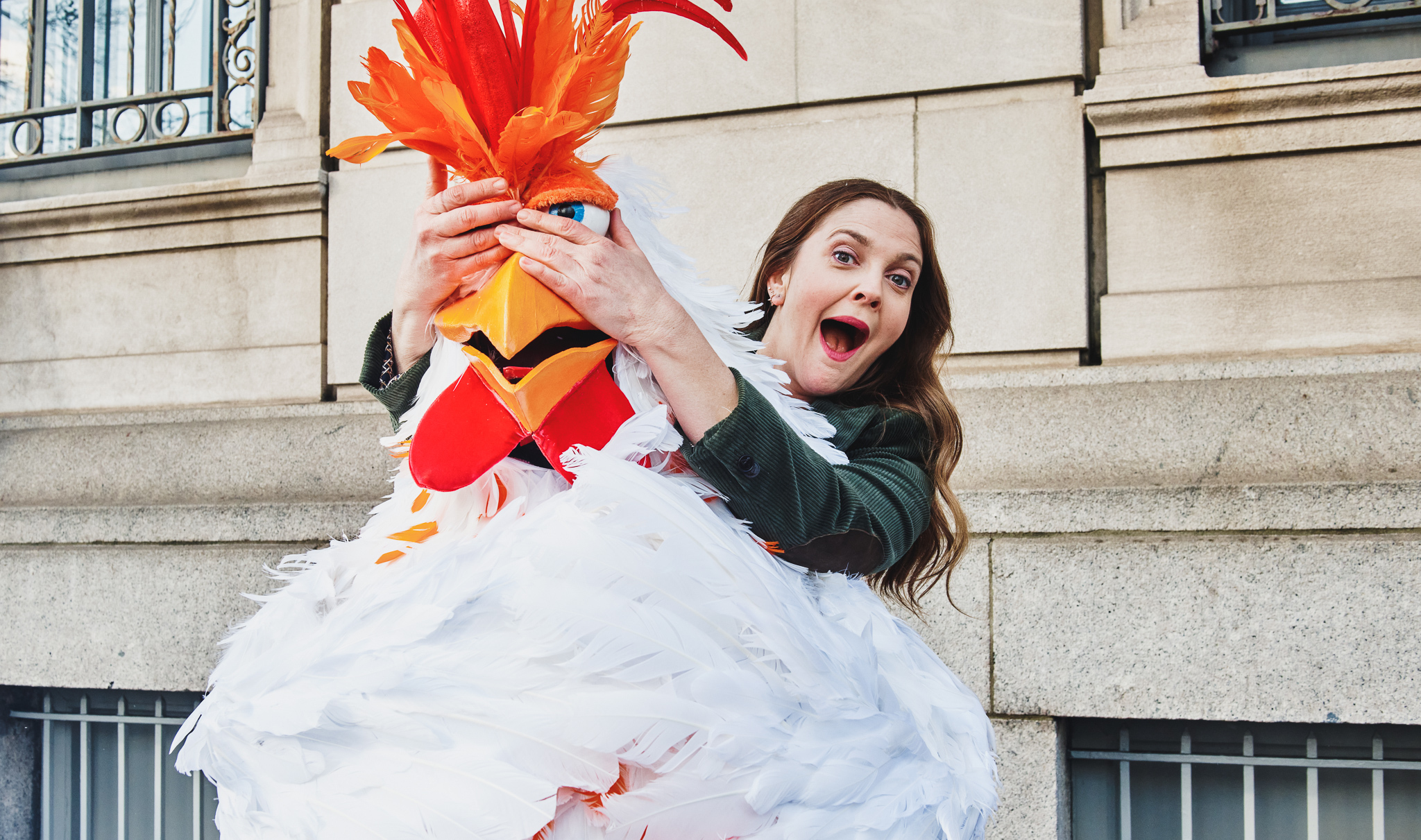 Here, Quorn has also pursued some creative marketing campaigns and tapped actress Drew Barrymore as its “Chief Mom Officer” to help spread the word about its meatless offerings. The actress has promoted Quorn products on her Drew Barrymore Show, most recently introducing Tariq—the viral sensation known for his love of corn—to meatless chicken nuggets made by Quorn, the name of which sounds a lot like the vegetable.

As part of her partnership with Quorn, Barrymore starred in a campaign that featured ChiQin, a larger-than-life bird who plays her best friend. In various campaign materials, the duo is shown engaging in various activities, including eating meatless chicken—which is fine because Quorn’s chicken is made from mycoprotein and not actual birds.

And while Quorn is cleverly flipping the script about meat advertising in both the UK and the US, the company continues to use eggs in some of its formulations, sending mixed messages.

Presenting: The 12 Funniest Vegan Commercials and Most Memorable Ad Campaigns of 2022