If you’re craving some screen-free content to keep your mind occupied, a solid vegan podcast can turn into your new best friend (at least until it’s safe to reunite with our old ones, that is). From light-hearted roving conversations about plant-based food and pop culture to deep discussions on ethics and health, these 11 vegan podcasts will keep you company while you work, clean, or just go about your day. 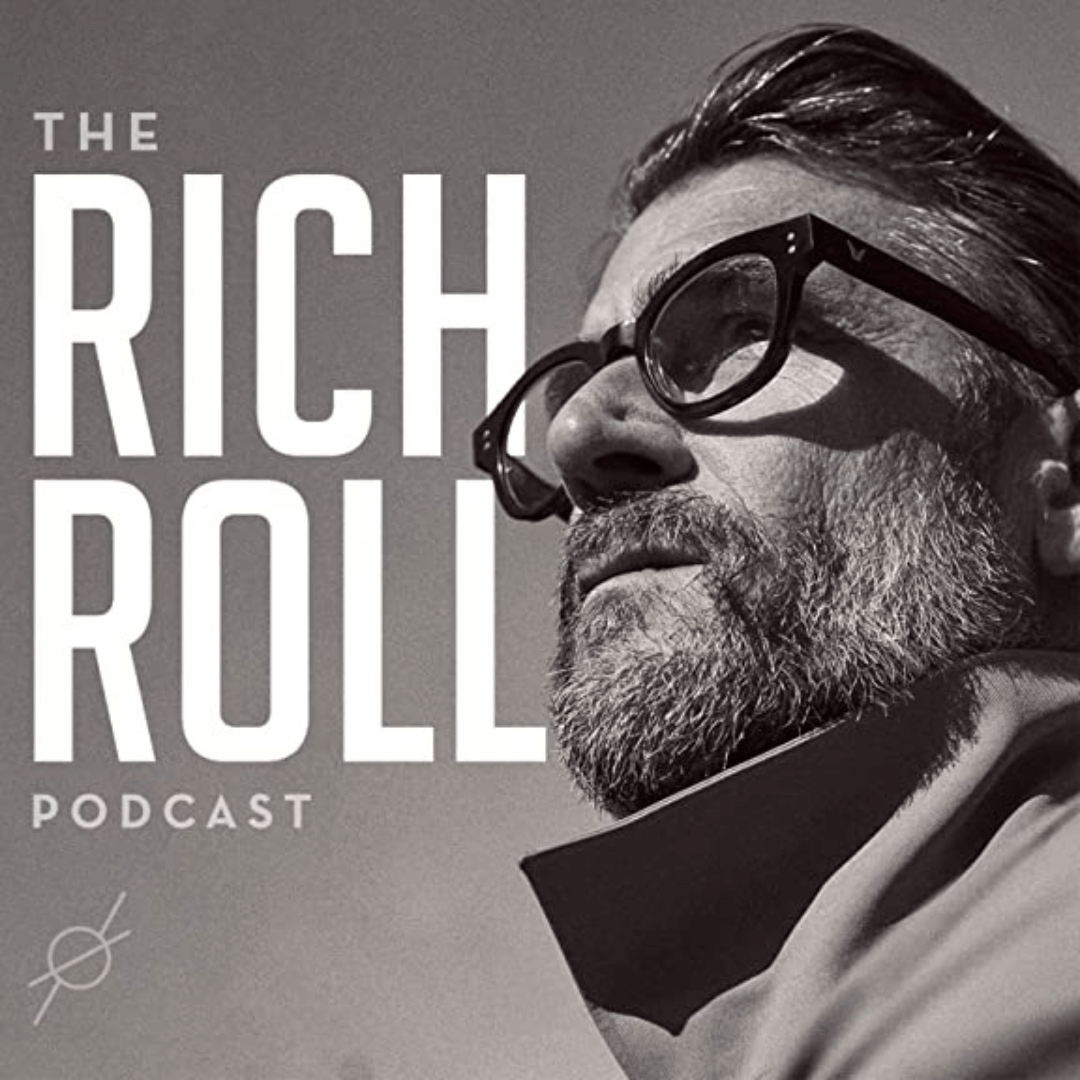 The guest list sometimes strays from plant-based changemakers, but the host is as vegan as they come. Ultraman Rich Roll is a master interviewer and books the most awe-inspiring guests.

Those accomplished enough to grace the microphone of the Rich Roll podcast will enrapture you for the two-hour-plus duration of the show. Past vegan guests include tough-as-nails Navy Seal David Goggins, ultrarunner Fiona Oakes, punk rocker John Joseph, physician Michael Greger, MD, and more. Go for a long walk or run and settle in for some major plant-based motivation.
Learn more here 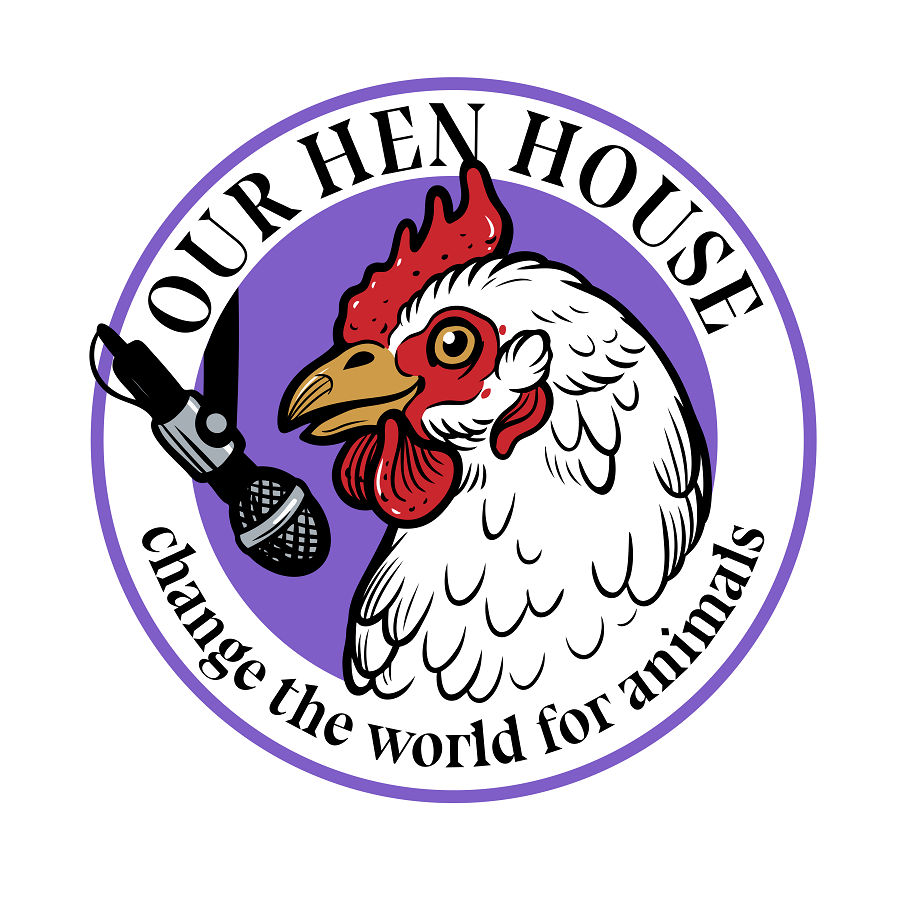 The powerhouse activist duo touch on the latest news, issues, and triumphs of the vegan world, always complemented with a guest interview. You’ll hear from the vegan greats, such as Tofurky founder Seth Tibbot, but you’ll also discover advocates who typically fly under the radar such as Kelly Holt and Dan McKernan of Animal Planet’s Saved by the Barn series. 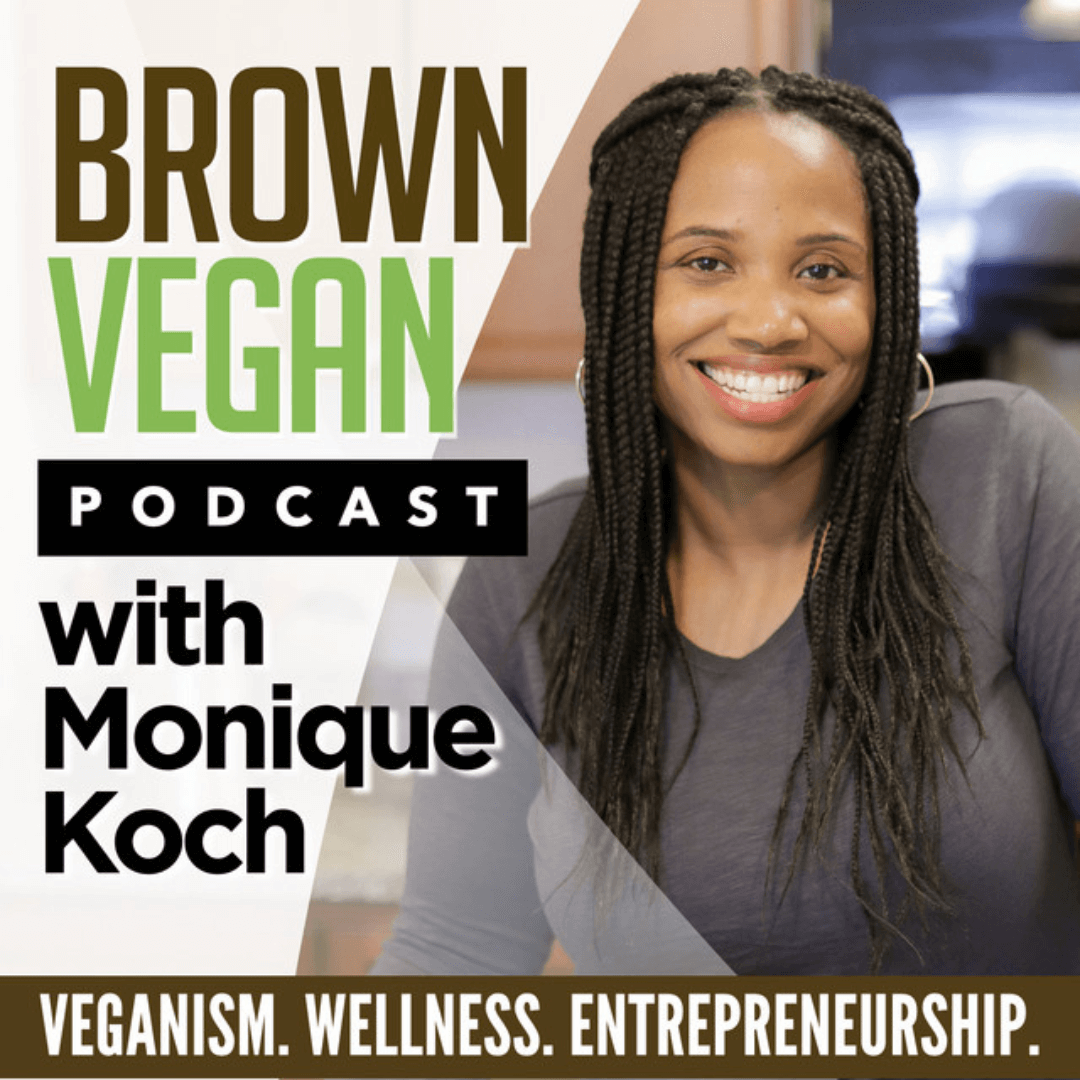 Vegan recipe developer Monique Koch, the force behind the YouTube channel and blog, Brown Vegan, hosts a podcast of the same name.

The show covers a wide range of topics, from beginner tips to veganism to wellness to entrepreneurship and money-talk. Guests range from  It’s easy listening, all centered around making information about veganism, money, and wellness more accessible to listeners. You can’t argue with that.
Learn more here 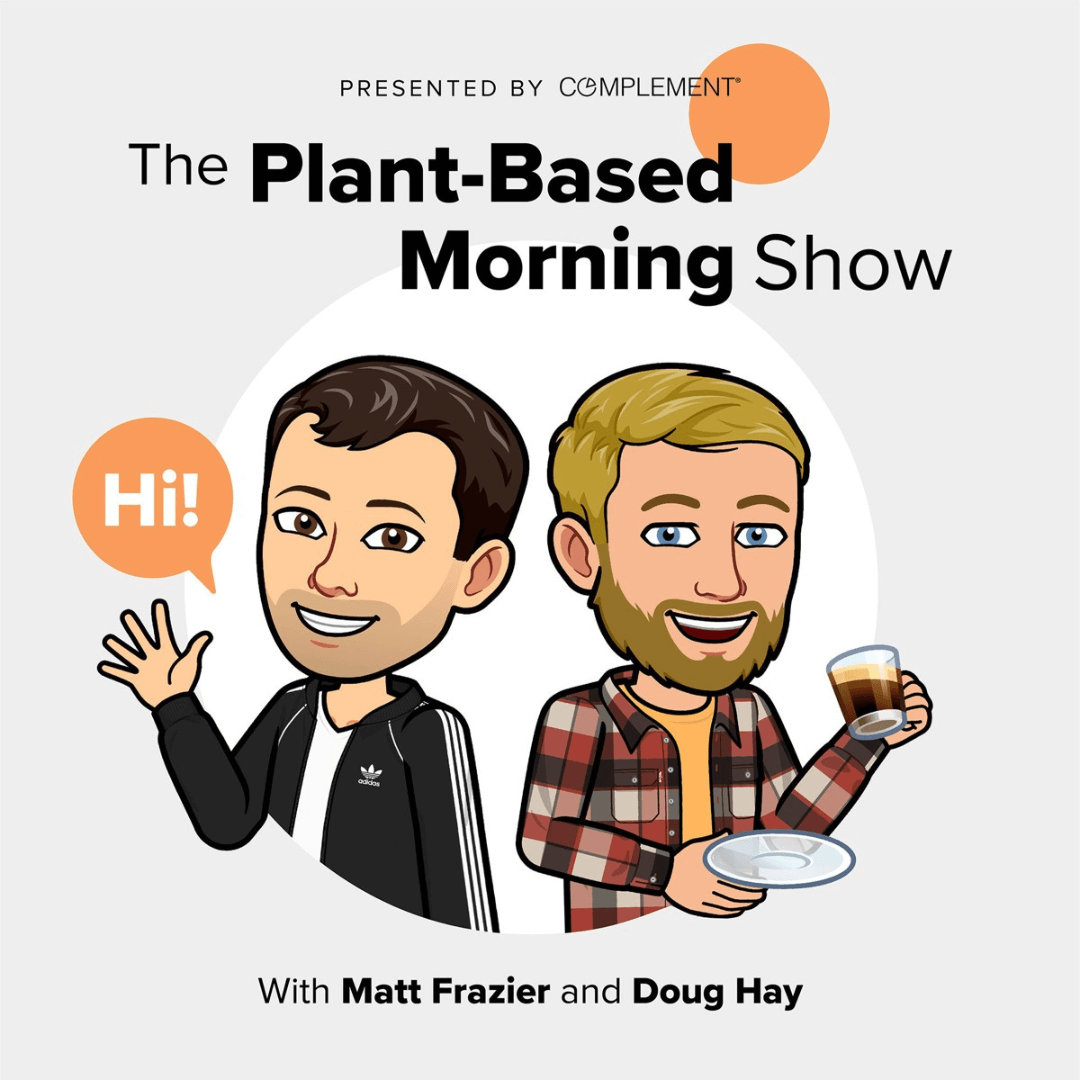 Co-hosts Matt Frasier and Doug Hay, who also host the No-Meat Athlete Podcast, kicked off this daily vegan podcast in September 2022. In it, the pair go through all of the latest vegan news that’s circulating the world.
Learn more here 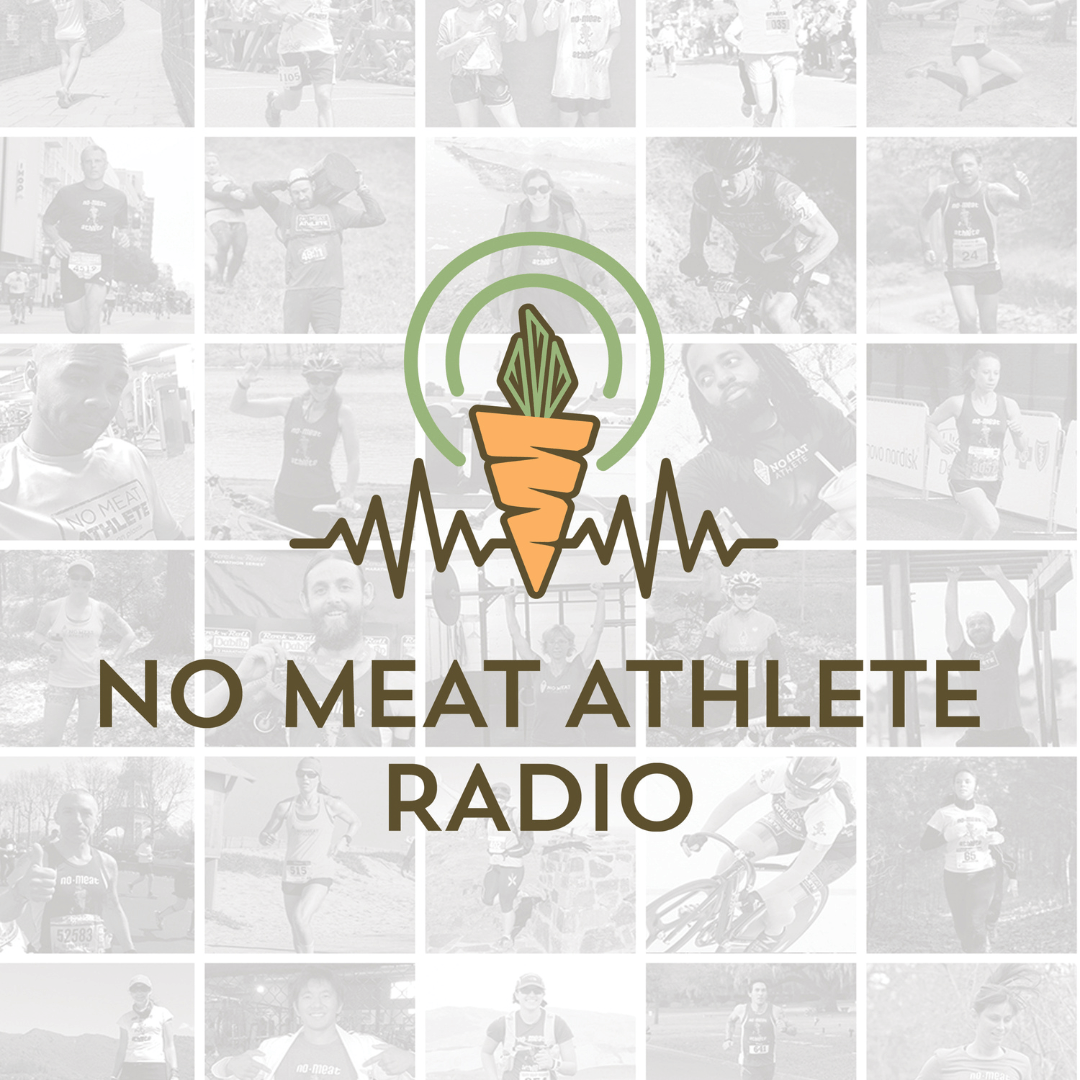 No Meat Athlete Radio, Fraiser and Hay’s other show, began as a running podcast in 2014 and has dipped into a number of topics throughout the years—from vegan parenting to habit change. It’s a lighthearted, family-friendly conversation that you’ll soon feel a part of. Each week, you can look forward to updates on Matt’s life, Doug’s latest garden adventures and ultramarathon goals, helpful tips on running and whole food nutrition, and a few good tangents.
Learn more here 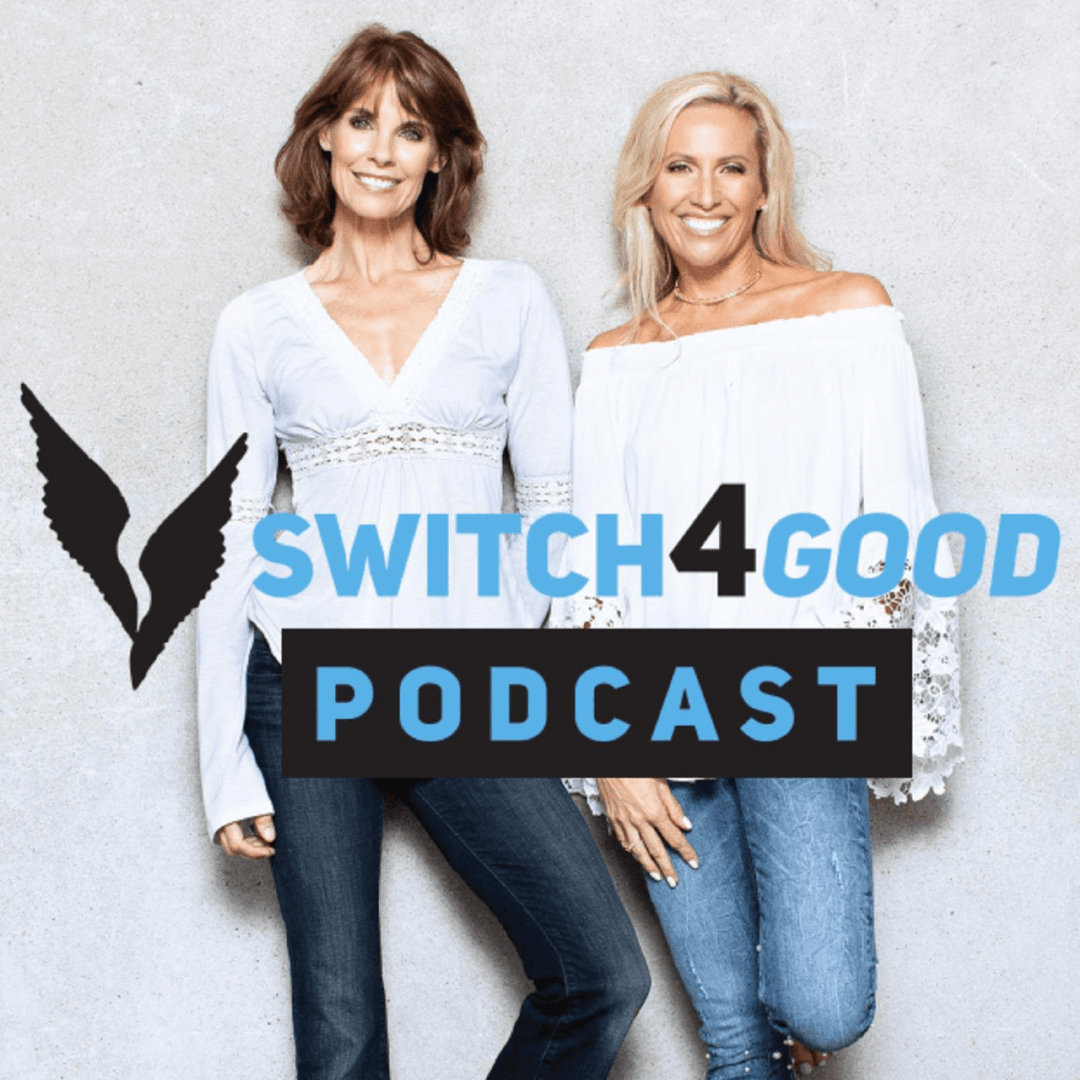 Elucidate yourself with this groundbreaking variety show on everything from health to ethical fashion. 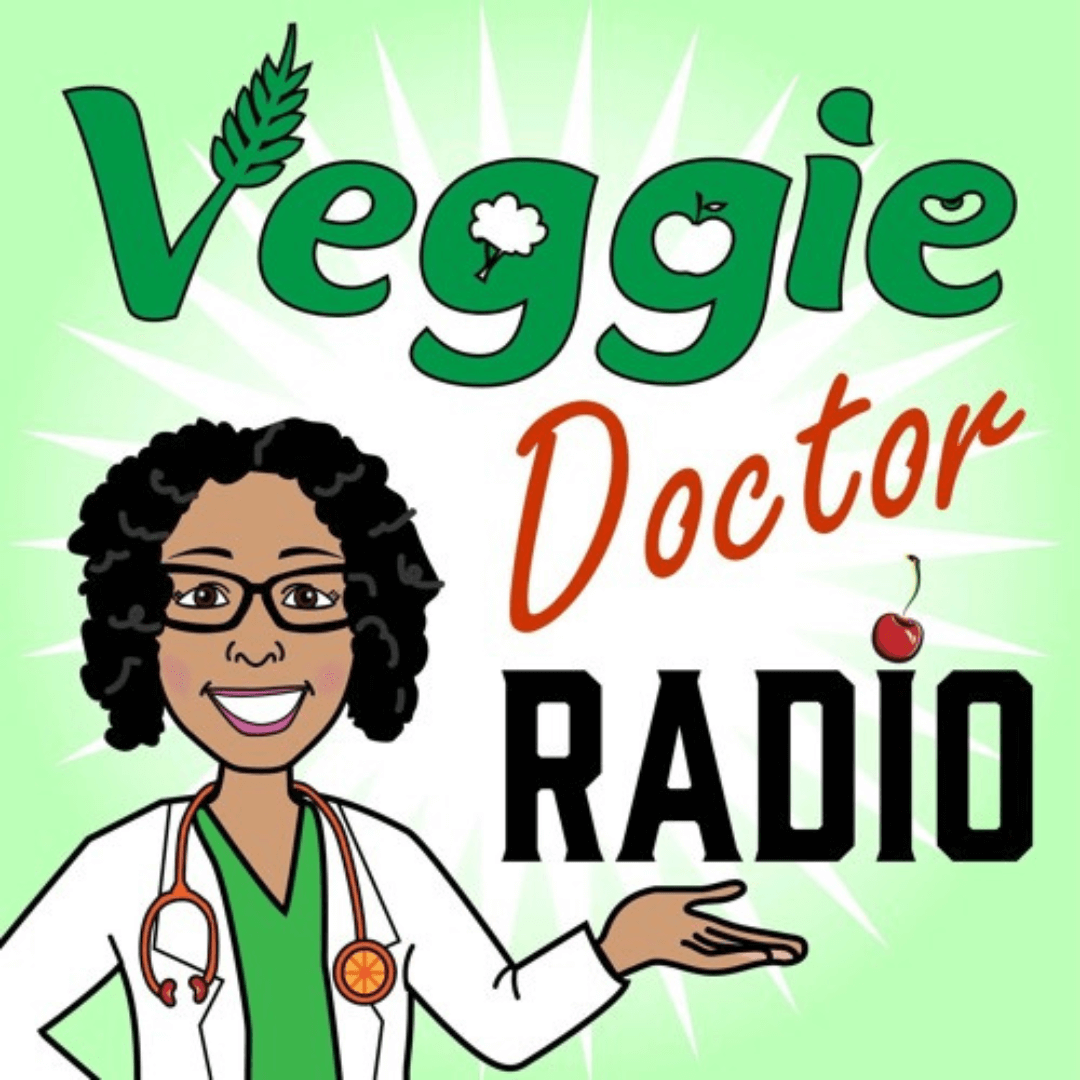 Dr. Yami Cazorla-Lancaster, DO, MPH (aka Dr. Yami) is the vegan pediatrician we wish we had growing up. While geared towards parents, we can all learn more about health, nutrition, habit change, and psychology from this affable doc. Some episodes feature guests, but Dr. Yami isn’t afraid to  fly solo either. One thing is certain: the content is always engaging, educational, and entertaining.

Favorites include episode 107/107b “How to Eat More Plants Without Hating Your Life with Talia Pollock/How to Make 5 Familiar American and Kid-Friendly Dinners Plant-Based,” episode 106 “Gut Motility and Your Health with Dr. Supriya Rao,” and episode 102 “How Understanding Generations Can Add More Value to Your Life.”
Learn more here 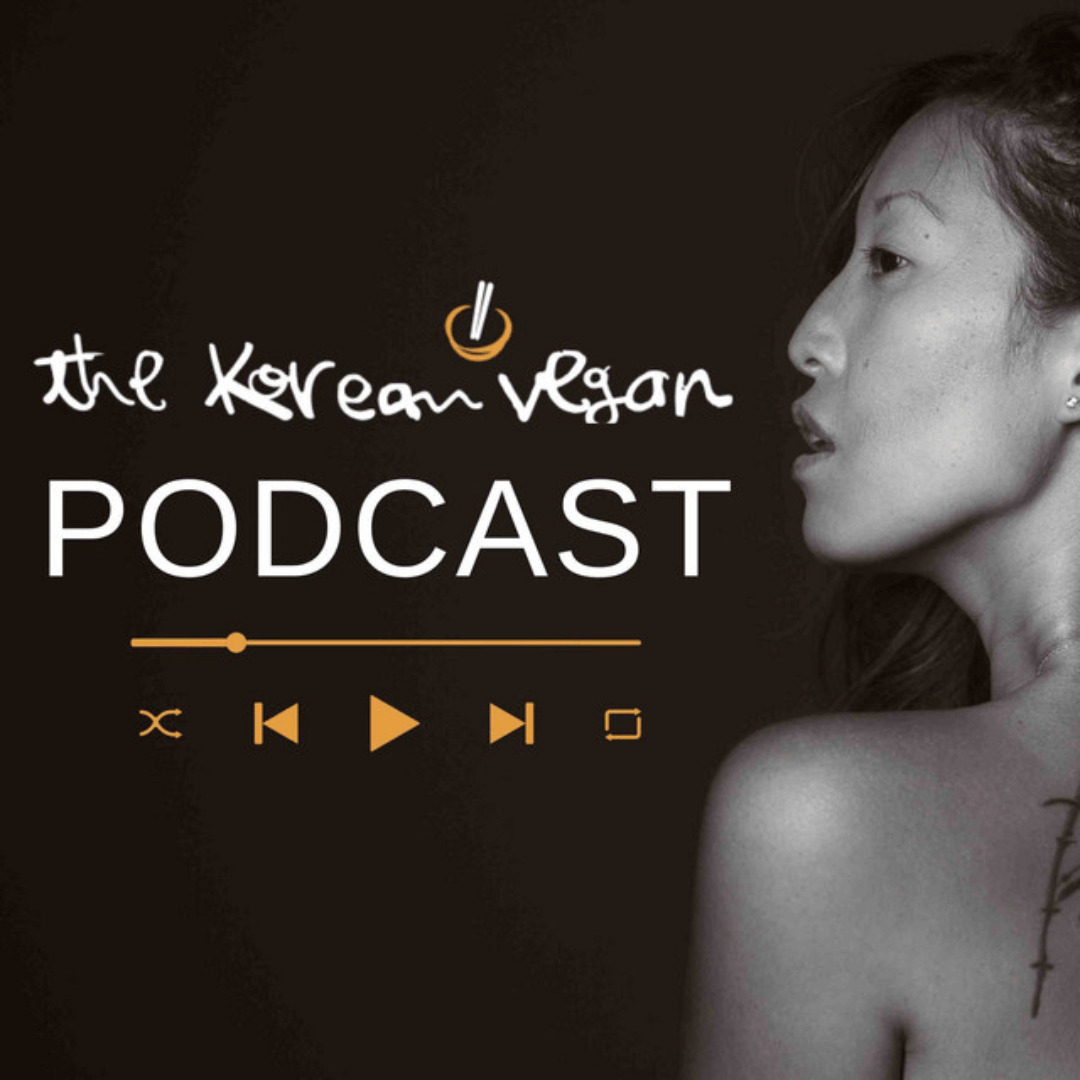 New York Times bestselling cookbook author Joanne Molinaro, creator of “The Korean Vegan” blog, hosts this weekly podcast about life. Topics range from life getting in the way of work to dealing with imposter syndrome. If you’re unfamiliar with Molinaro, she’s a former attorney whose rise to fame kicked off on TikTok, where she shares vegan versions of Korean recipes that she grew up with.
Learn more here 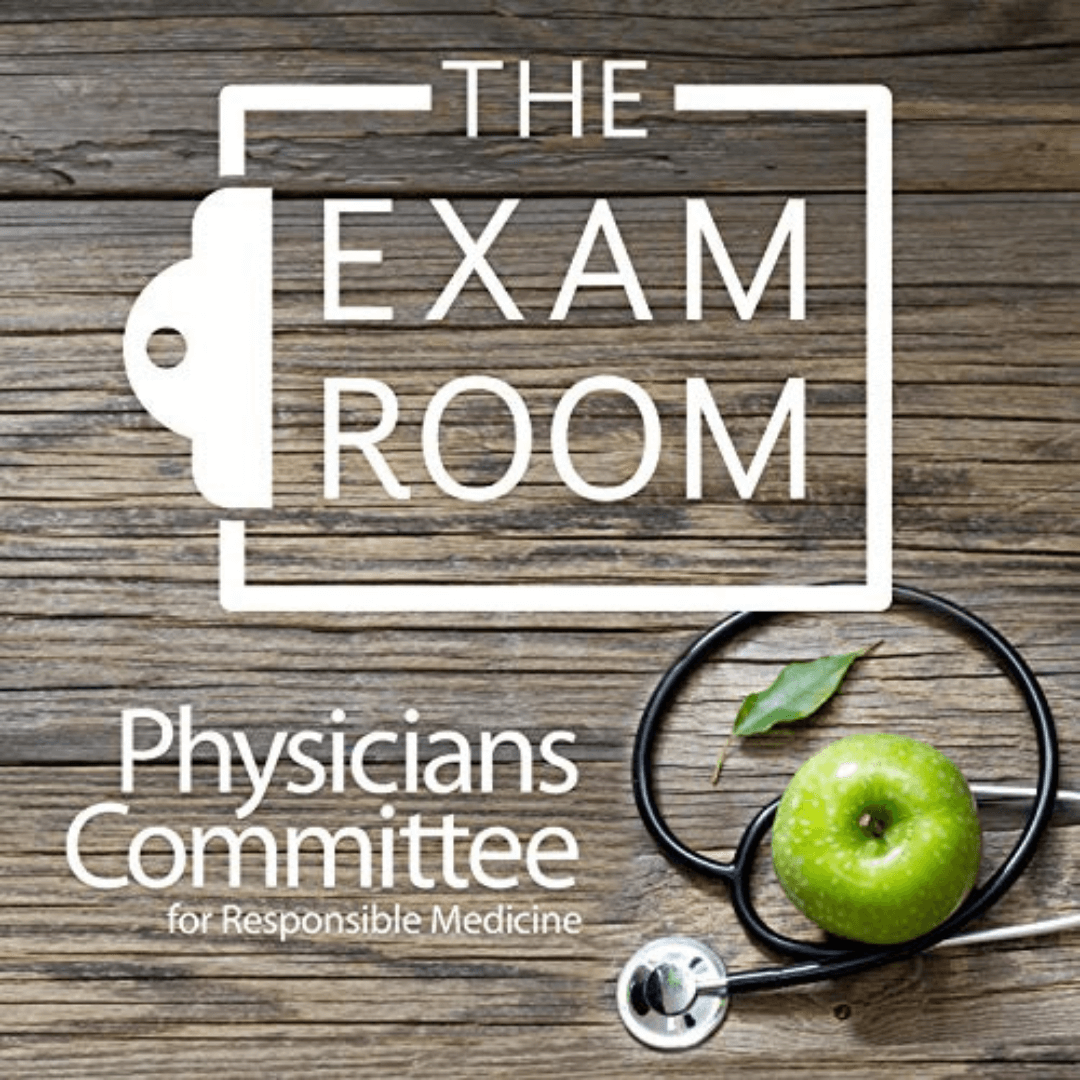 Neal Barnard MD, FACC, and the founder of the nonprofit group, the Physicians Committee for Responsible Medicine (PCRM), and co-host Chuck Carroll dive into the science of a vegan diet.

Episodes frequently feature doctors and other medical professionals who swear by the plant-based diet’s potential to help prevent chronic diseases. But, you can also expect news from PCRM, vegan recipes, and health topics that range from inflammation to combating high cholesterol.
Learn more here 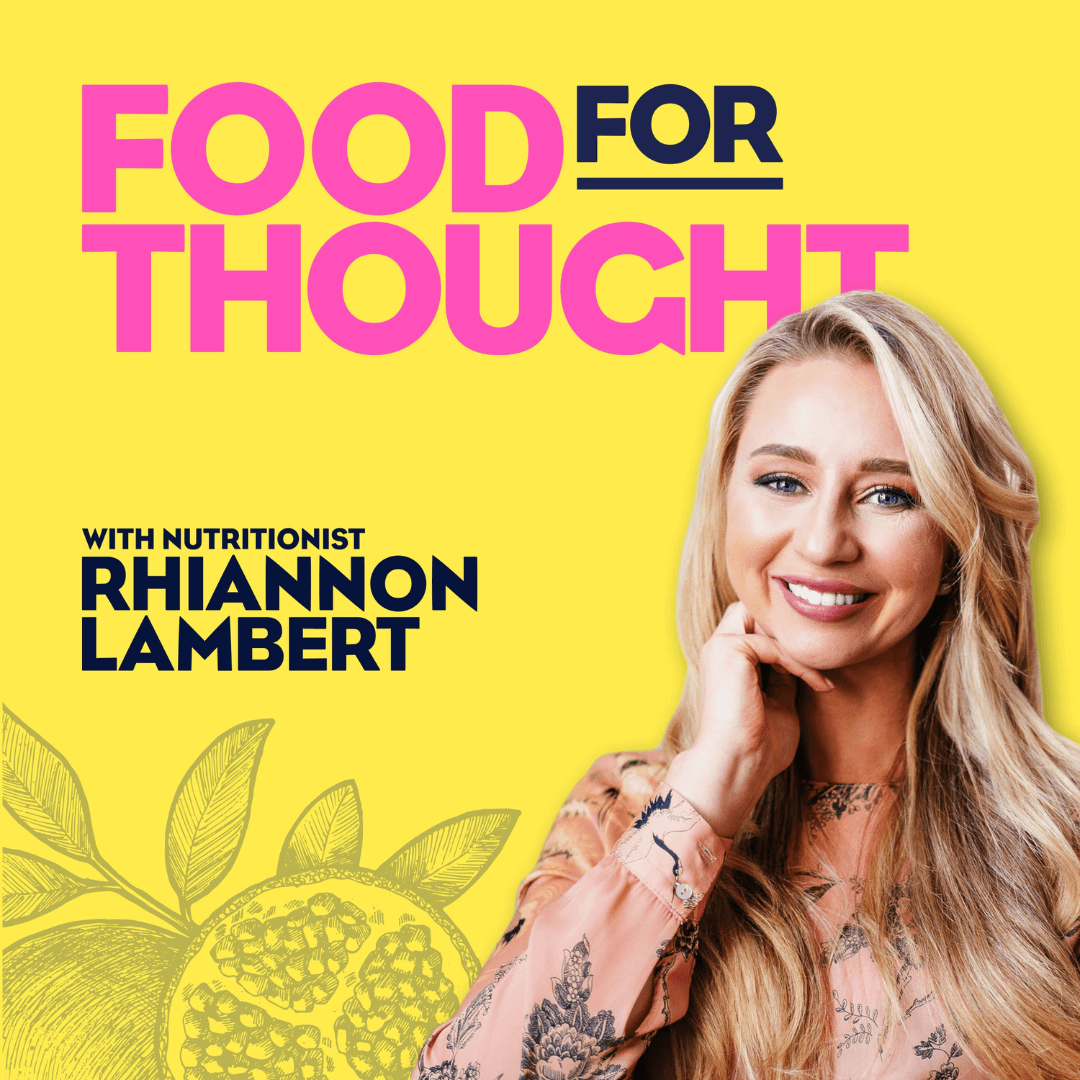 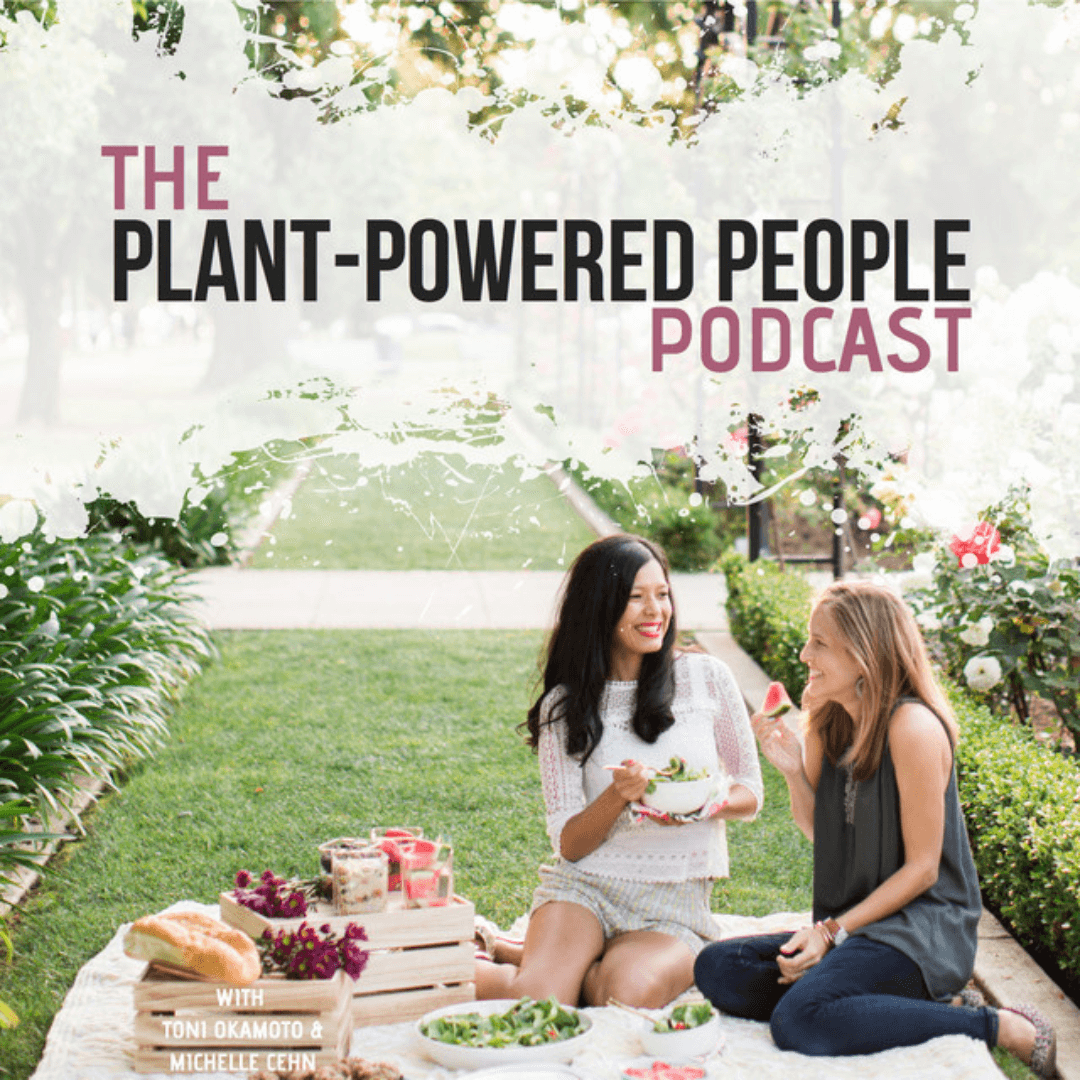 Hosts Toni Okamoto and Michelle Cehn know what it’s like to be the only vegan in the family. The plant-powered authors and entrepreneurs tap into their expertise to help make your plant-based journey a little less lonely.