United Kingdom-based food producer Finnebrogue has pledged to donate 50 percent of the profits from its vegan Better Naked Garlic Chicken Kiev to the humanitarian relief efforts in Ukraine. The product was also renamed Chicken “Kyiv” to show solidarity with the Ukrainian people, who are currently defending against Russian invasion in the country’s capital city.

The spelling switch from “Chicken Kiev” to “Chicken Kyiv” is in line with the Ukrainian spelling of the country’s capital, where the dish originated. For Ukrainians, the Kiev spelling is intrinsically linked to the Soviet Union and is seen as a relic of the past, with the government launching a ‘KyivNotKiev’ campaign in 2018. Following recent Russian aggression, there is a shift happening away from the Soviet spelling of Kiev to the Ukrainian one.

Finnebrogue’s donation from its Better Naked Garlic Chicken Kyiv sales will go to UNICEF and the Red Cross to help with relief efforts during the current invasion. In addition, the company is donating £10,000 ($13,400US) to the charities immediately. UNICEF is currently ramping up its support efforts as Ukrainian families seek safety and refuge, while the International Committee of the Red Cross is responding to the war by providing food, water, first aid, medicine, warm clothes, and shelter. 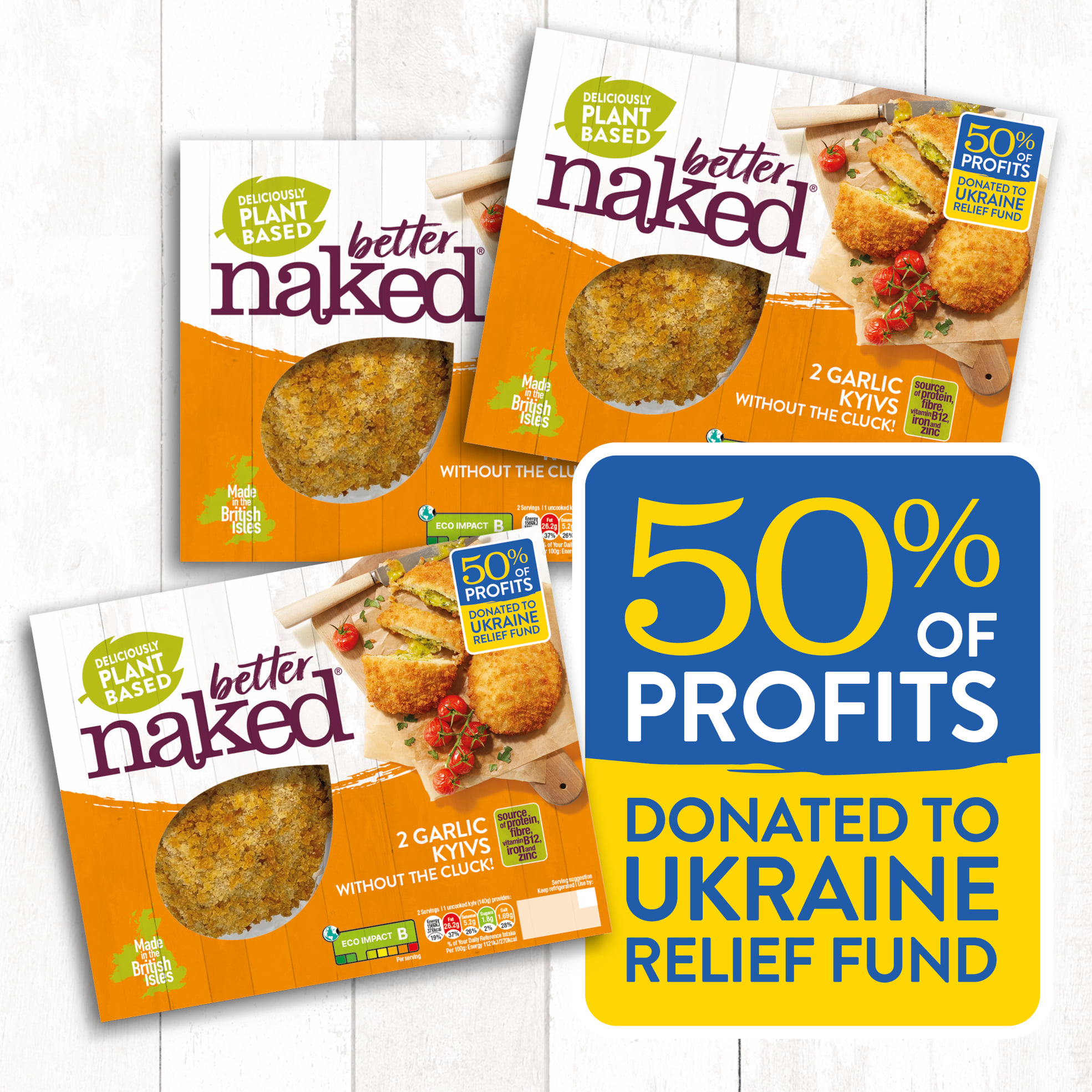 “The world is appalled by the disgraceful events being perpetrated by the [Vladimir] Putin regime in Ukraine. All our hearts go out to the Ukrainian people as they defend their homeland and stand up for the principles of self-determination and free, liberal democracy,” Finnebrogue chief strategy officer Jago Pearson said in a statement. “So many of us in the UK feel utterly helpless but still determined to do what little we can. That’s why at Finnebrogue we are donating to the humanitarian effort and renaming our Better Naked Chicken Kyiv in recognition of the Ukrainian people’s brave defense of their proud nation.”

The traditional Chicken Kyiv dish is made with chicken coated in breadcrumbs and garlic butter. The Better Naked plant-based Kyiv is a vegan version of the traditional dish but instead Finnebrogue uses vegan chicken made with pea protein and coated with wheat bread crumbs and a vegan garlic butter sauce. The product is available at several UK supermarkets, including Waitrose and Ocado. 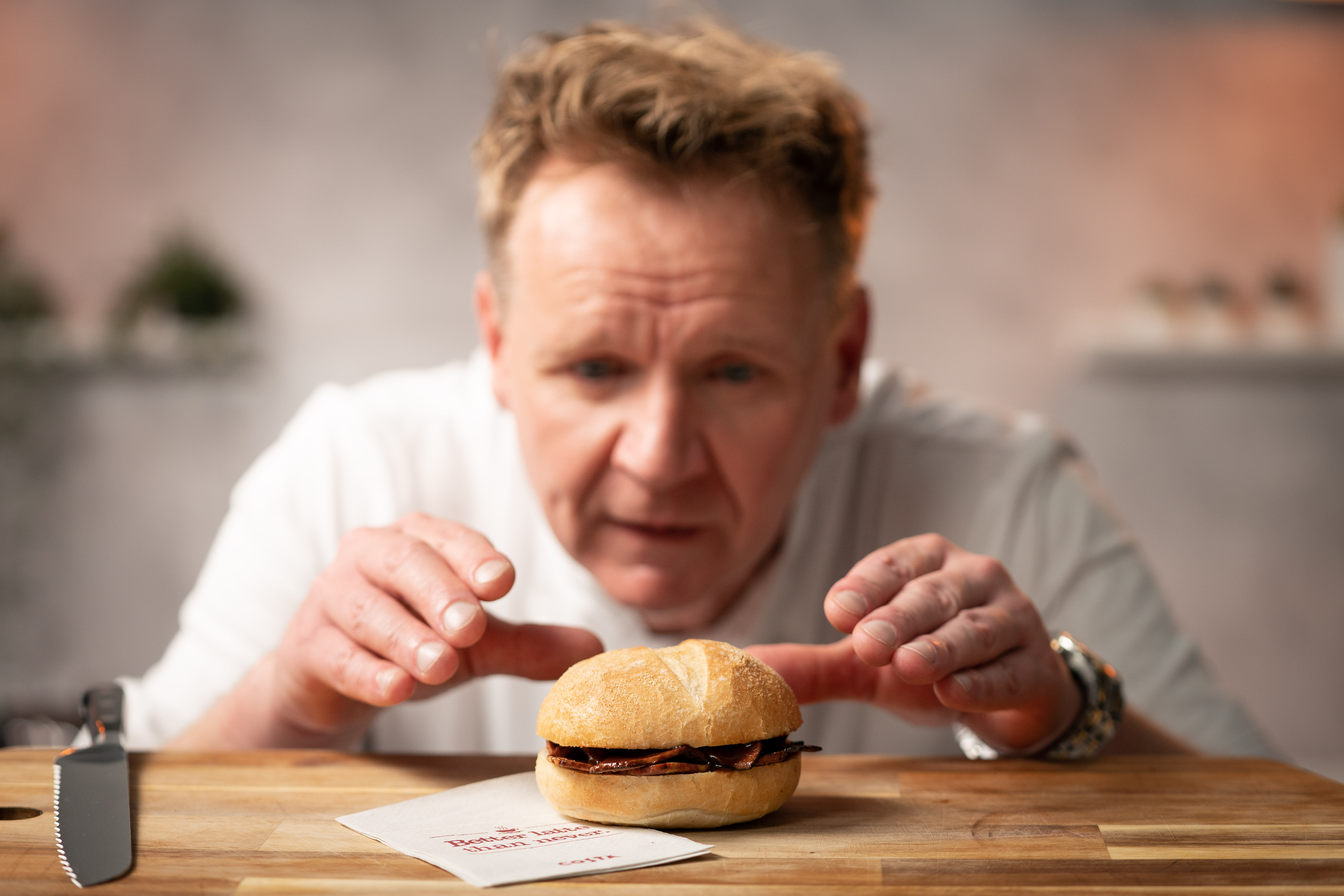 To market the new sandwich, the coffee chain decided to enlist Gordon Ramsay look-alike Martin Jordan to be the face of its new campaign after the real Gordon Ramsay shared a scathing review of Costa Coffee’s animal-based breakfast Bacon Bap in a viral TikTok drive-thru roasting. To rebuke Ramsay’s review, Costa featured the look-alike actor in a video remarking how delicious the sandwich is in comparison to its animal-based counterpart. “I’m no expert, but this is pretty f*cking good,” Jordan said in the video.

How Vegan Organizations Are Helping Ukraine