The “Rob” behind Rob’s Backstage Popcorn is Rob Garbowsky, a co-founder of the brand who introduced the brothers to his popcorn during rehearsals and performances. The popcorn was so beloved by the brothers that it eventually became the unofficial snack of their 2019 Happiness Begins tour.

“When we first tried the popcorn, we fell in love with it,” the Jonas Brothers said in a joint statement. “The unique seasoning was unlike anything we had ever tasted before; it was like home cooking in a bag. After keeping it to ourselves, we are excited to share it with the nation through our collaboration with Walmart who is now offering Rob’s Backstage Popcorn across the country.” 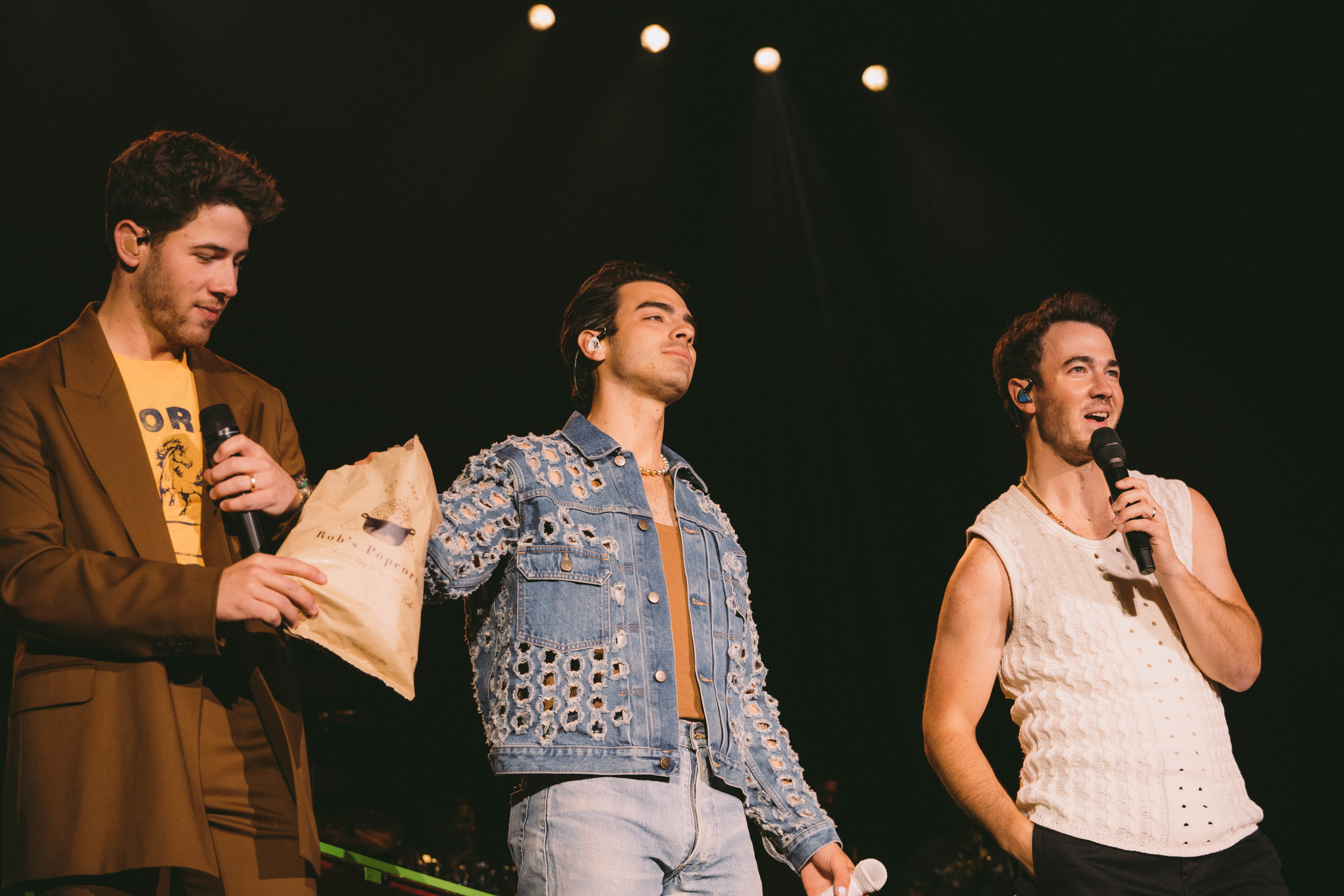 Over the years, the Jonas Brothers enjoyed the vegan popcorn backstage and decided to share their love of the product with the world through Rob’s Backstage Popcorn. The recipe for the vegan snack is rooted in the family history of Rob Garbowsky, the father of longtime Jonas Brothers’ friend Greg Garbowsky, who used to play the bass guitar for the band and is now part of their management team.

Rob Garbowsky developed Rob’s Backstage Popcorn with a unique flavor that is simultaneously sweet and salty and treated his family members to the snack, which he is delighted to share with popcorn-lovers everywhere. “I never imagined something that started as a snack I would make for my family would end up in Walmart,” Rob Garbowsky said in a statement. “We are so excited to bring my recipe to families across the country, and hope they love it as much as we do.”

The new vegan popcorn retails at Walmart for $3.98 per bag and can also be purchased directly from Rob’s Backstage Poprcorn’s company website. 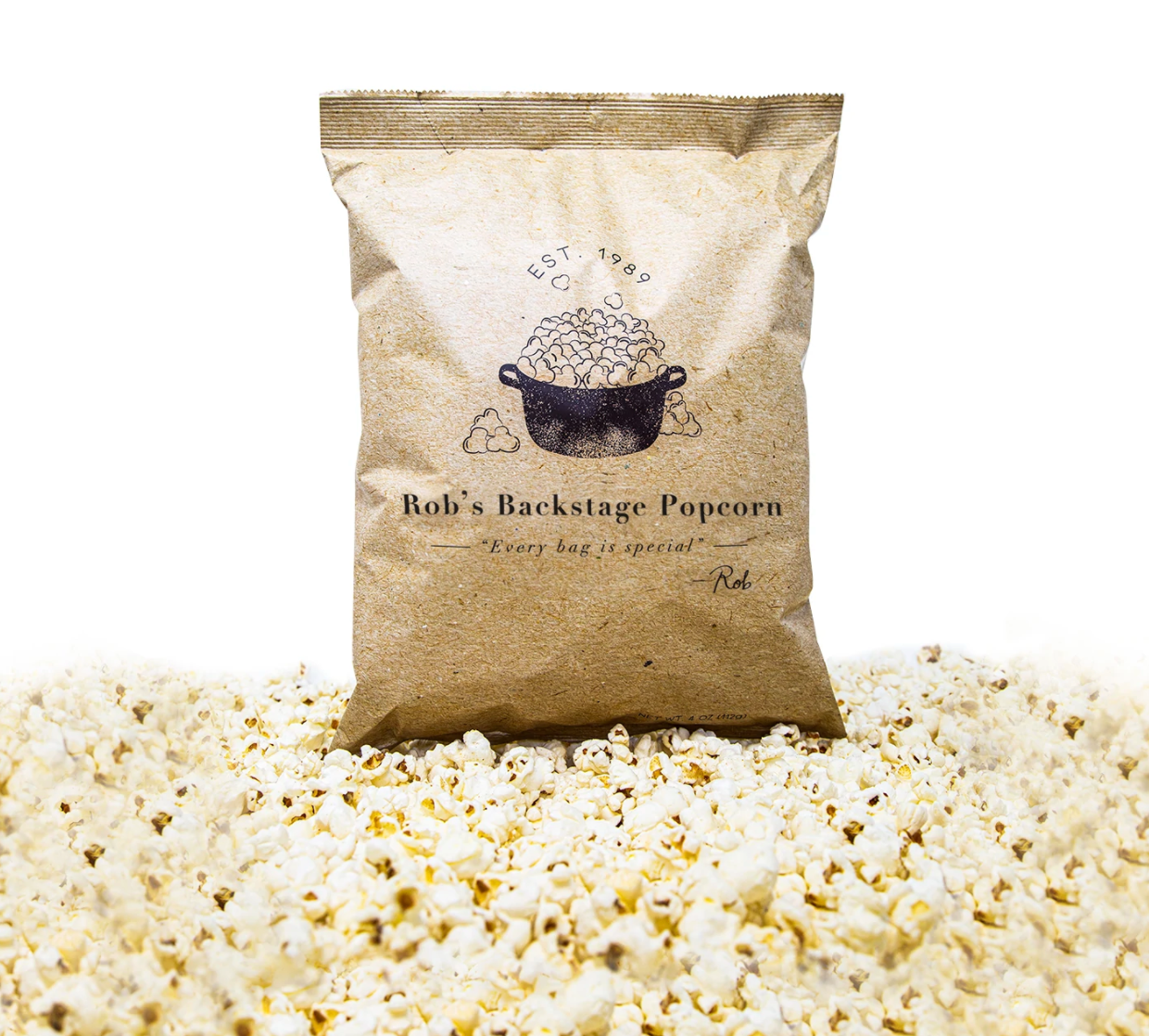 The Jonas Brothers are the latest celebrities to put their name behind vegan snacks and treats. Last year, legendary basketball player Scottie Pippen launched his own popcorn brand Husk. The brand was developed to deliver an organic and nutritious snacking option which Pippen launched in six unique flavors, some made with coconut milk and nutritional yeast to deliver a cheesy flavor without dairy.

In the sweet treats category, actor Noah Schnapp—known for his role as Will Byers on Netflix series Stranger Things—launched a vegan Nutella-inspired spread last year under his TBH (an acronym for “to be honest”) brand. Made without environmentally damaging ingredients such as dairy or palm oil, the hazelnut cocoa spread is a better alternative to Schnapp’s favorite childhood snack. “Hazelnut spread on toast has always been my favorite comfort food, but of course, when I was a kid, I didn’t realize that my snack habit wasn’t very good for me or the environment,” the actor said in a statement. “Once I found that out, I wanted to create a new take on hazelnut cocoa spread with honesty and sustainability at its heart, and found the perfect team to help that vision come to life.” 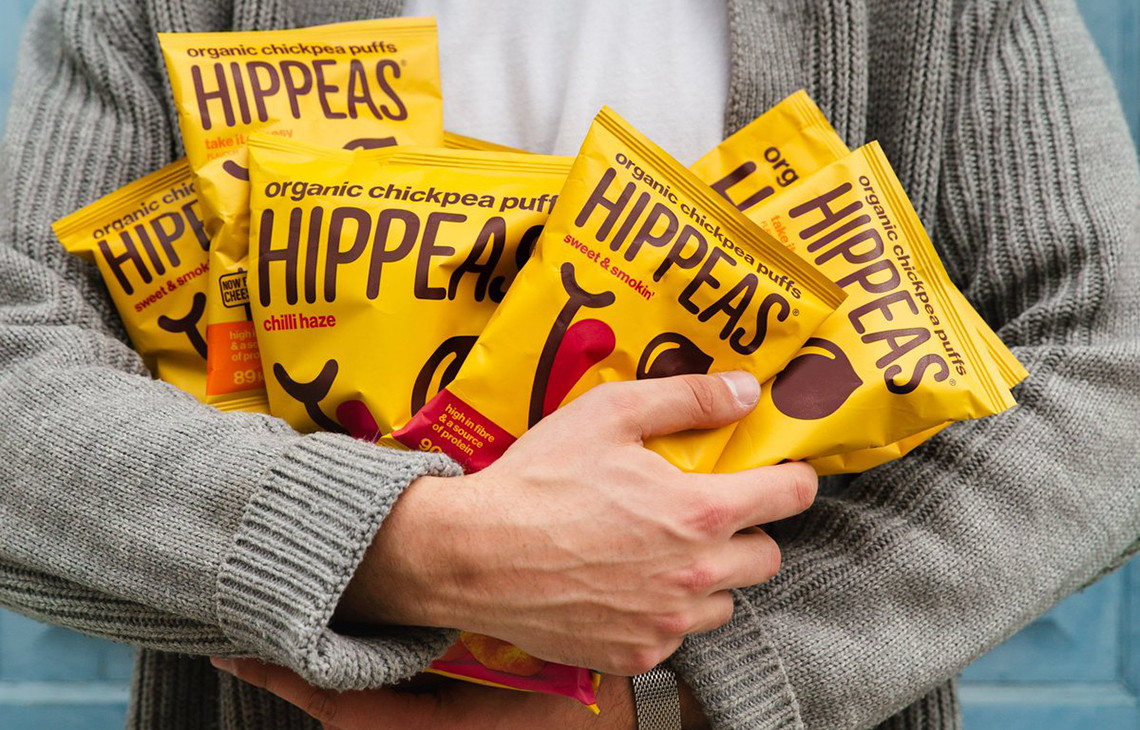 Vegan snack brands are also drawing celebrity investments. HIPPEAS makes chickpea-based vegan snacks and piqued the interest of Leonardo DiCaprio in 2017 when he invested an undisclosed amount in the snack brand. A longtime environmentalist, DiCaprio—who most recently starred in the film Don’t Look Up, a dark comedy about the climate crisis—has since gone on to invest in other products and technologies (such as cultivated meat) that help create a food system that does not rely on animal agriculture.

For more about vegan snacks, read:
Dairy-Free Cheetos? Peatos Takes on Frito-lay With New Vegan Snacks
25 Accidentally Vegan Snacks You Can Find at Any Convenience Store
10 Vegan Jerkies That Prove Plants Are the Ultimate Protein Snack