Can meat grow on trees? New Zealand startup Leaft Foods just secured $15 million in a Series A round to show the world that extracting vegan protein from leaves is not only possible but a viable and eco-friendly solution to animal-derived protein. Leaft’s technology revolves around “RuBisCo” (which stands for ribulose-1,5-bisphosphate carboxylase-oxygenase) a protein every plant uses during photosynthesis. The startup has been able to extract RuBisCo to deliver it to humans for consumption as an allergen-free vegan protein that has an amino acid profile similar to beef. The leaf protein—which is tasteless and soluble—can be blended seamlessly into a wide range of formulations. 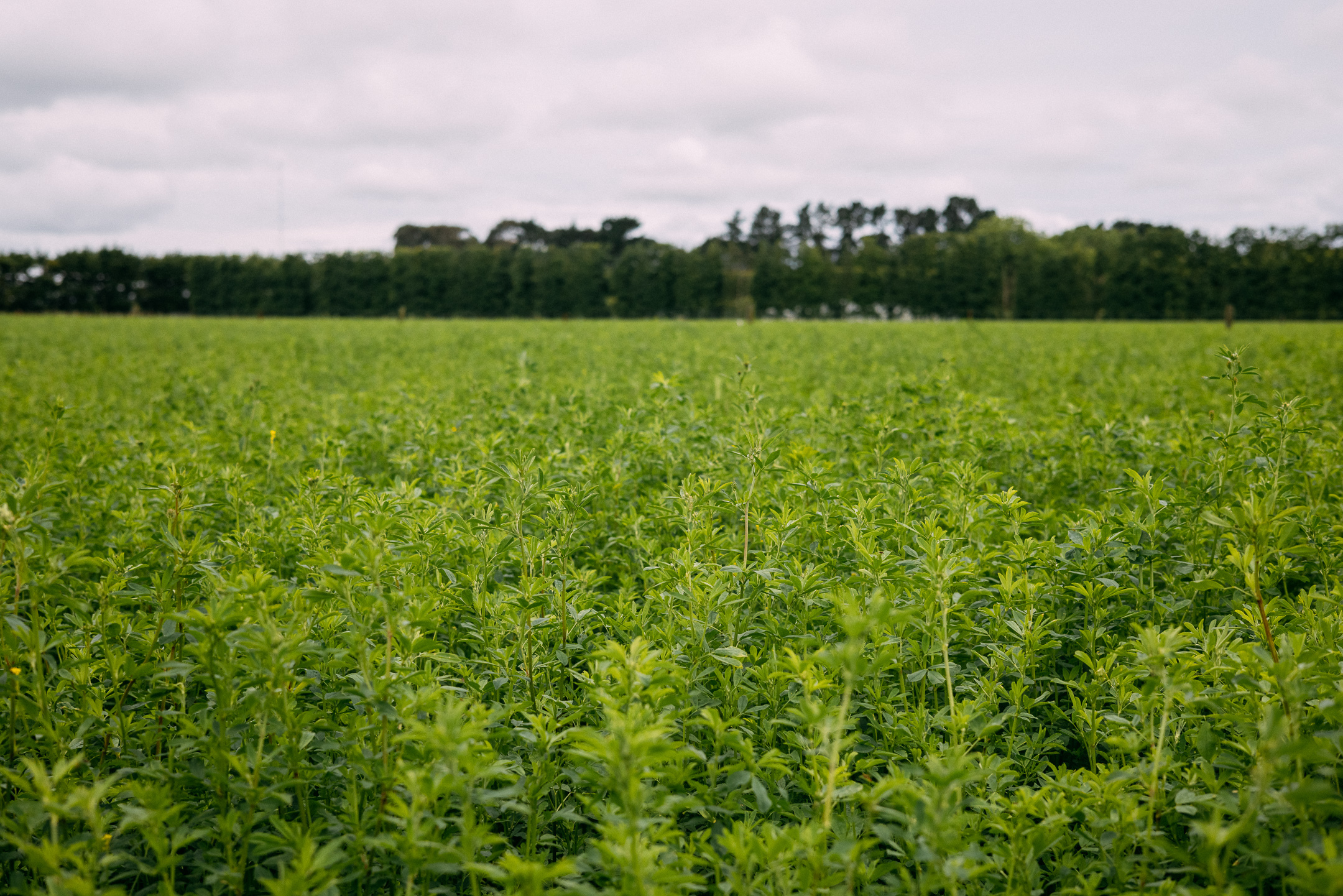 “Nature’s biggest animals—elephants, buffalo, and cattle—are all herbivores who have evolved to digest protein in leaves, especially with the latter two having multiple stomachs. But while it’s trapped inside a plant cell, it’s hard for humans to eat enough leaves for a sufficient serving of protein, let alone digest all of that plant matter,” Leaft Foods Co-founder Dr. John Penno said in a statement. “Our technology forges a new way to tap plant protein that is tasty, nutritious, scalable and accessible for everyone. It’s truly transformational.”

Leaft is showing how cutting out the animal in plant digestion can bring plant protein directly to humans without the need to exploit animals or the environment. By cutting out the middleman, producing protein in this way is massively more sustainable than current animal-based protein production methods. Leafts protein production provides the potential to use only two percent of the land currently used for agricultural production to feed the world population—an increasingly important factor as the planet’s resources dwindle while the human population continues to grow. 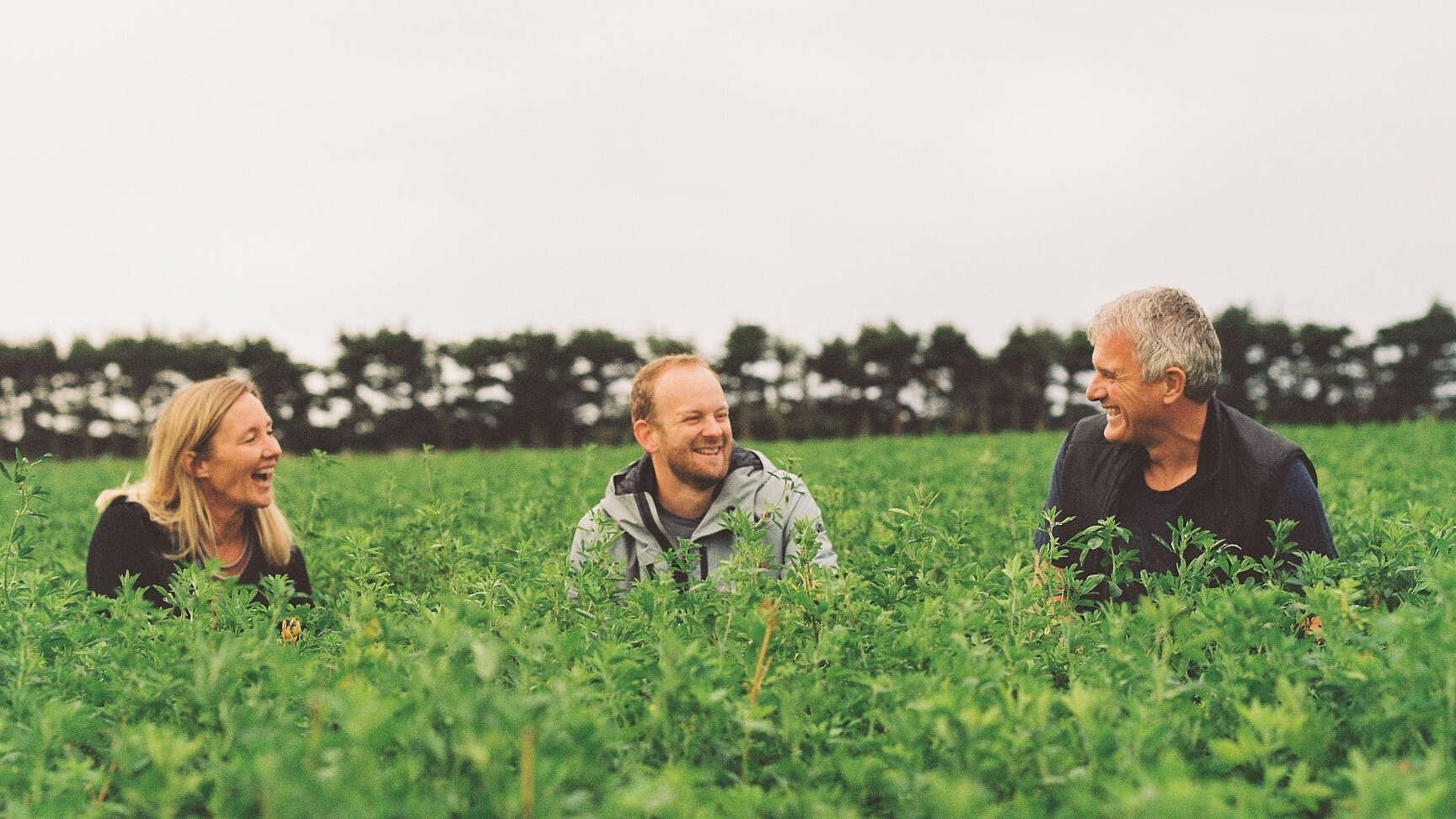 Making vegan protein from leaves to feed the world

“At Khosla, we are all about investing in technologies that are bold and impactful,” Alice Brooks, Principal at Khosla Ventures, said in a statement. “We are excited to be an early investor in Leaft and to work together with the team as they bring in a new era of agriculture and a shift in the way sustainable food is produced at scale.”

The new funding will help bring Leaft to further research and develop its concept—which is already gaining traction in its home country—and begin creating a global value chain, starting in the United States.

Vegan protein can be made from anything

While animal protein comes from one source, vegan protein can come from just about anywhere. Another startup, Solar Foods, is making protein from carbon dioxide. ​​The Finland-based startup uses electricity and carbon dioxide captured from the air to create a substance that tastes like wheat flour and is comprised of 50-percent protein, while the remainder is made of carbohydrates and fats. Production requires breaking apart water into hydrogen and oxygen with electricity in a bioreactor. The resulting hydrogen is then added to carbon dioxide, which can be fed to microbes during a fermentation process.

Similarly, Chicago-based Nature’s Fynd is looking to the wide world of microbes to fuel its animal-free products. The company makes animal-free meat and dairy products using its key ingredient “Fy,” which was created with the help of a microbe called Fusarium strain flavolapis. This microbe was discovered by co-founder Mark Kozubal, PhD, at Yellowstone National Park when he was researching fungal life forms that can survive extreme conditions for NASA. Nature’s Fynd recently launched meatless breakfast sausages made with Fy at Whole Foods Markets across 10 states.

The biggest player in the growing precision fermentation space is California-based Perfect Day, which bypasses the cow to make whey by using a cow’s DNA sequence as a blueprint that instructs yeast-based microflora—tiny living organisms used to make everyday items such as vitamins and probiotics. The flora then undergoes an acellular (without animal cells) fermentation process producing an abundance of proteins that can be used as a base for “flora-based” products that are indistinguishable from dairy foods.

Ultimately, decoupling animals from the proteins they produce presents a massive tool for fighting the climate crisis. “We’re reimagining how we make food and this could be a pathway to rapidly decarbonize by allowing farmers to farm in partnership with nature, creating a new approach to regenerative agriculture,” Leaft Foods Co-founder Maury Leyland Penno said in a statement.