The United States Coast Guard Training Center Yorktown just nabbed a “Proggy” (for “progress”) Award for serving elaborate vegan meals inside of its main dining hall in Yorktown, VA. The award was bestowed upon the military training school by People for the Ethical Treatment of Animals (PETA) to honor the progress it has made by implementing animal-free meals.

The idea for the vegan meal program came from Petty Officer 2nd Class Ian Swoveland, a culinary specialist and graduate of the Culinary Institute of Virginia who joined the Yorktown facility in 2017. The vegan program was implemented at the onset of the COVID-19 pandemic when students were unable to leave the base to get meals. As such, the program helped provide plant-based options to the roughly 10 percent of the troops who identified as vegan at the time.

The idea was to give student cooks license to engage in meal development—under Swoveland’s professional supervision—and this has resulted in ever-changing, creative menu options. Now, the vegan meals have become so popular that many non-vegan diners regularly partake in the program at Yorktown’s main dining hall which serves 400 to 500 people daily.

PETA President Ingrid Newkirk praised the training facility for helping students make choices that save 200 animals every year while lessening their carbon footprint by choosing to consume environmentally friendly meals. “From passionfruit panna cotta to Beyond Bolognese, students at US Coast Guard Training Center Yorktown delight in high-quality dishes that are kind to animals, the Earth, and their arteries,” Newkirk said in a statement. “As demand for vegan fare skyrockets, PETA looks forward to seeing every military base progress to offering healthy, compassionate, and eco-friendly foods.”

Yorktown is one of the largest Coast Guard training facilities in the country and PETA hopes this award helps others shift toward plant-based meals.

The Yorktown Training Center is not the only educational institution embracing plant-based meals. Up the coast in Connecticut, Ivy League school Yale just revamped its menus at all 14 dining halls thanks to Zero Egg, a company looking to shake up breakfast with vegan eggs made from its proprietary plant-based protein base. Now, Yale students have access to plant-based eggs five to seven times per week which are featured in scrambles, breakfast sandwiches made with Zero Egg patties and Beyond Meat’s sausage, and as a base for the new Vegan Herbed Frittata. 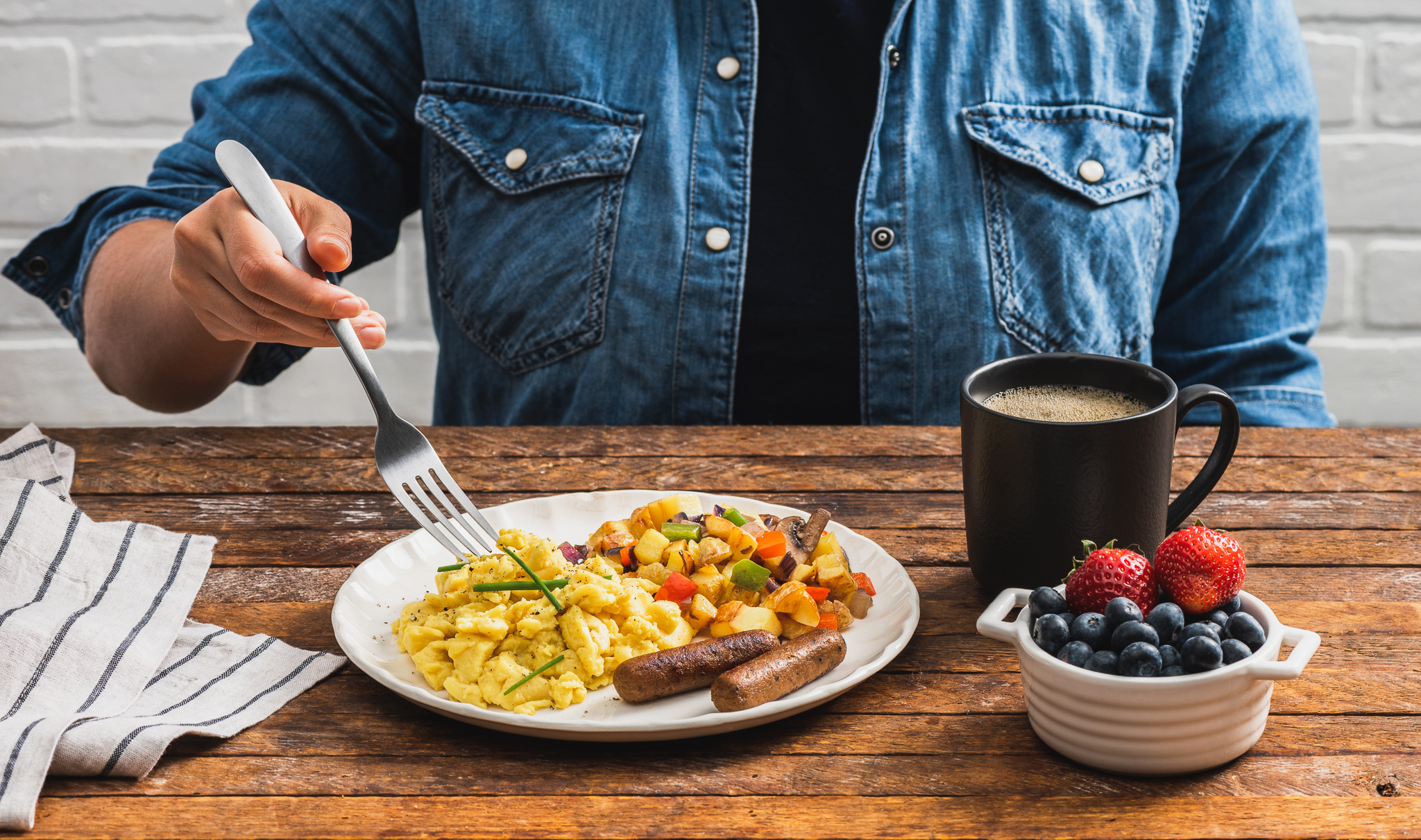 In addition to Yale, Zero Egg is also making its way to other college campuses across New England, including Colleges of the Fenway, Boston University, Connecticut College, and Mount Holyoke College, with more to come in the fall semester. Similar to the Yorktown training center, students consuming these plant-based eggs are not necessarily vegan but, rather, are looking for options that are better for their health, animals, and the environment.

“Student diners represent the next 10 to 15 years of restaurant goers, so it was a natural conclusion for us to start on campuses in New England,” Graeham Henderson, Zero Egg sales lead for the region, previously told VegNews. “Since Zero Egg has the same taste, texture, and versatility of an ordinary egg, it doesn’t just appeal to vegan students either. The majority of students—upwards of 60 percent—who are ordering our plant-based eggs are non-vegan and would otherwise be consuming ordinary eggs.”

Sodexo will up plant-based meals to 42 percent

From military training bases to universities, educational institutions are looking to add more plant-based meals to better serve their students and as a way to slash their carbon footprints. These goals are shared and supported by foodservice giant Sodexo, which announced last month that it would increase its plant-based meal options to 42 percent by 2025. 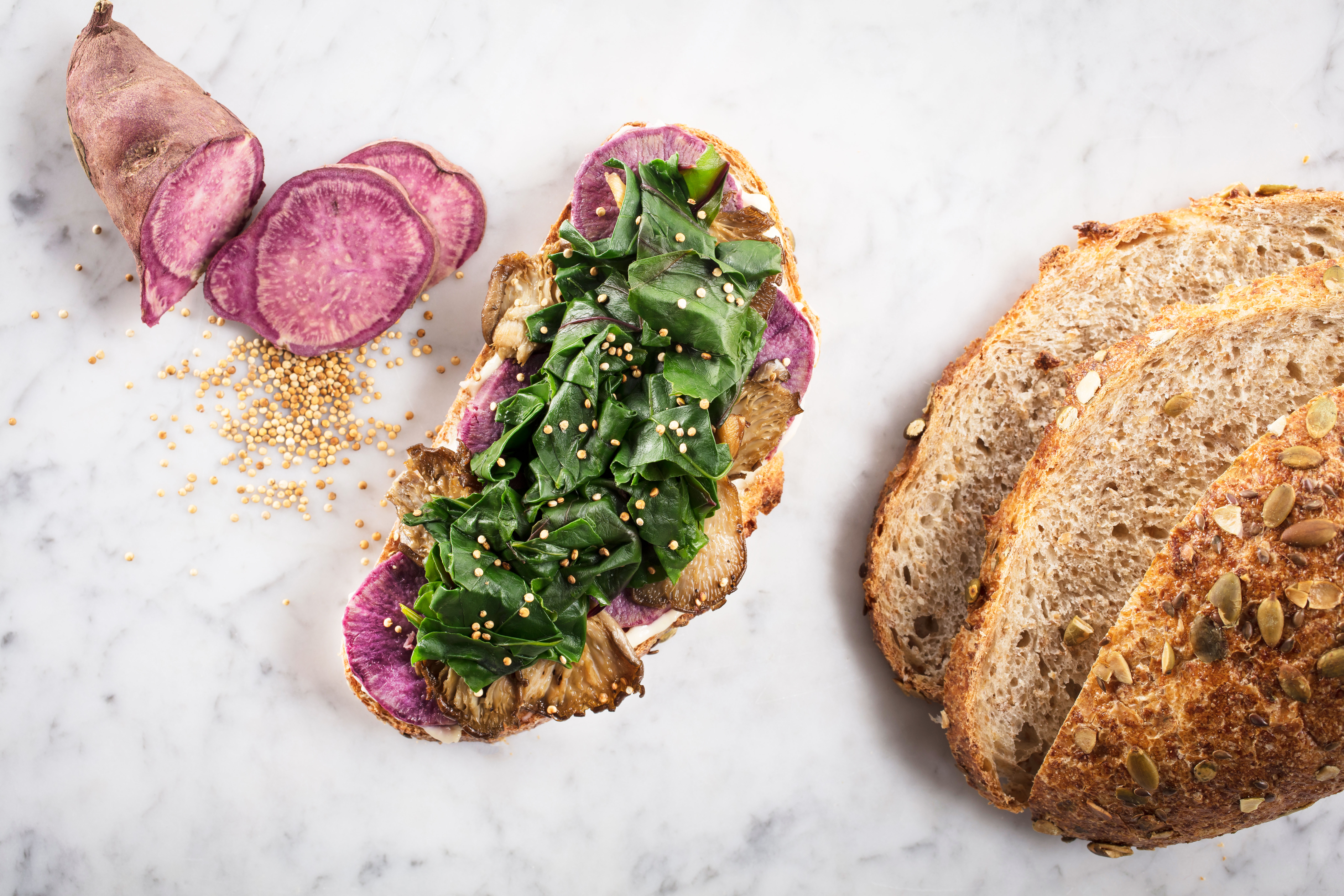 Sodexo purchases $20 million in goods annually and serves 75 million customers daily at corporate, university, and healthcare cafeterias. In its 2020 fiscal year, Sodexo determined that 70 percent of its carbon footprint came from its animal-based food purchased. The foodservice company is working with longtime partner Humane Society of the United States (HSUS) to implement the shift and foresees that moving toward plant-based meals will reduce its carbon emissions by 34 percent by 2025.

“Any sustainability plan that’s meant to create real change—and not just be greenwashing jargon—will center on shifting from a meat-heavy menu to one that’s focused on plant-based entrées,” Karla Dumas, RDN, Director of Food Service Innovation at HSUS, said in a statement.

For more about vegan food at schools and universities, read: