The documentary world has come a long way since the early 1920s when Nanook of the North first hit the big screen. Now considered the first-ever documentary, the silent film followed the lives of Quebec’s real indigenous population, albeit with a few fictional scenes thrown in. But throughout the 20th century, as the movie industry (and subsequently the TV industry) picked up the pace, most people were more interested in fiction than facts. However, lately, things have started to change. Amid the rise of streaming platforms (looking at you, Netflix) and their succession of hits like Tiger King, Making a Murderer, and Night on Earth, documentaries are more popular than ever.

Documentaries are powerful sources of information. But they also resonate with viewers because they are engaging, creative examples of storytelling, too. They help to break down complex subjects into stretches of two hours or less, using montages, expert interviews, archival footage, and voiceovers (often from well-known celebrities). And this is exactly why the vegan world has embraced them. Where simple facts and figures struggle, a documentary utilizes imagery and emotive language to really represent the heart of issues, while simultaneously tugging on emotions.

If you’re in the mood to be immersed in some of the biggest current dilemmas the world is facing—but also, to learn about the solutions we already have at our fingertips—we’ve rounded up some of the best vegan documentaries available to stream right now.

The best vegan documentaries, streaming on Netflix and beyond 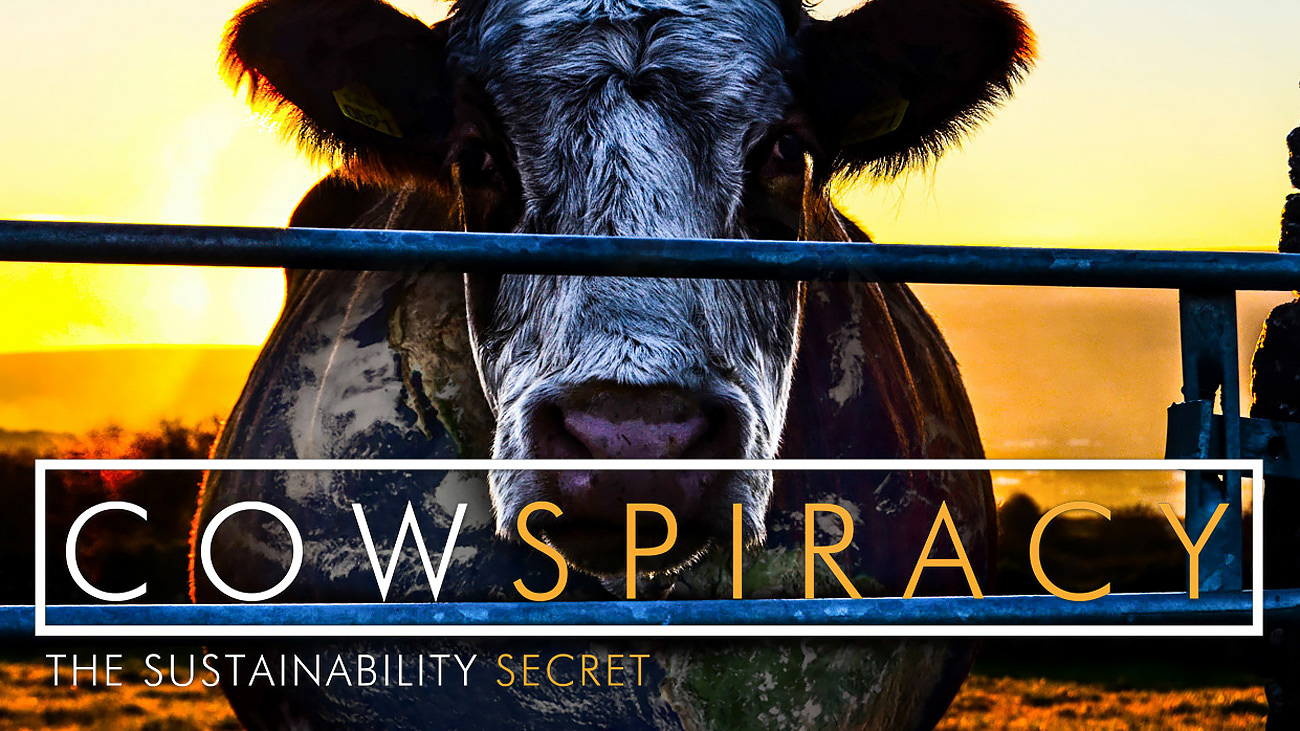 Released in 2014, Cowspiracy: The Sustainability Secret, is still changing lives today. The film, which was directed by Kip Anderson and produced by Keegan Kuhn, examines the real impact that animal agriculture is having on the environment, from deforestation to greenhouse gas pollution to ocean dead zones. It also pulls back the curtain on industry denial, as researchers, authors, speakers, activists, and animal advocates take viewers on a deep dive into the ugly truth: the meat we consume as a society is devastating the natural world.
Check it out 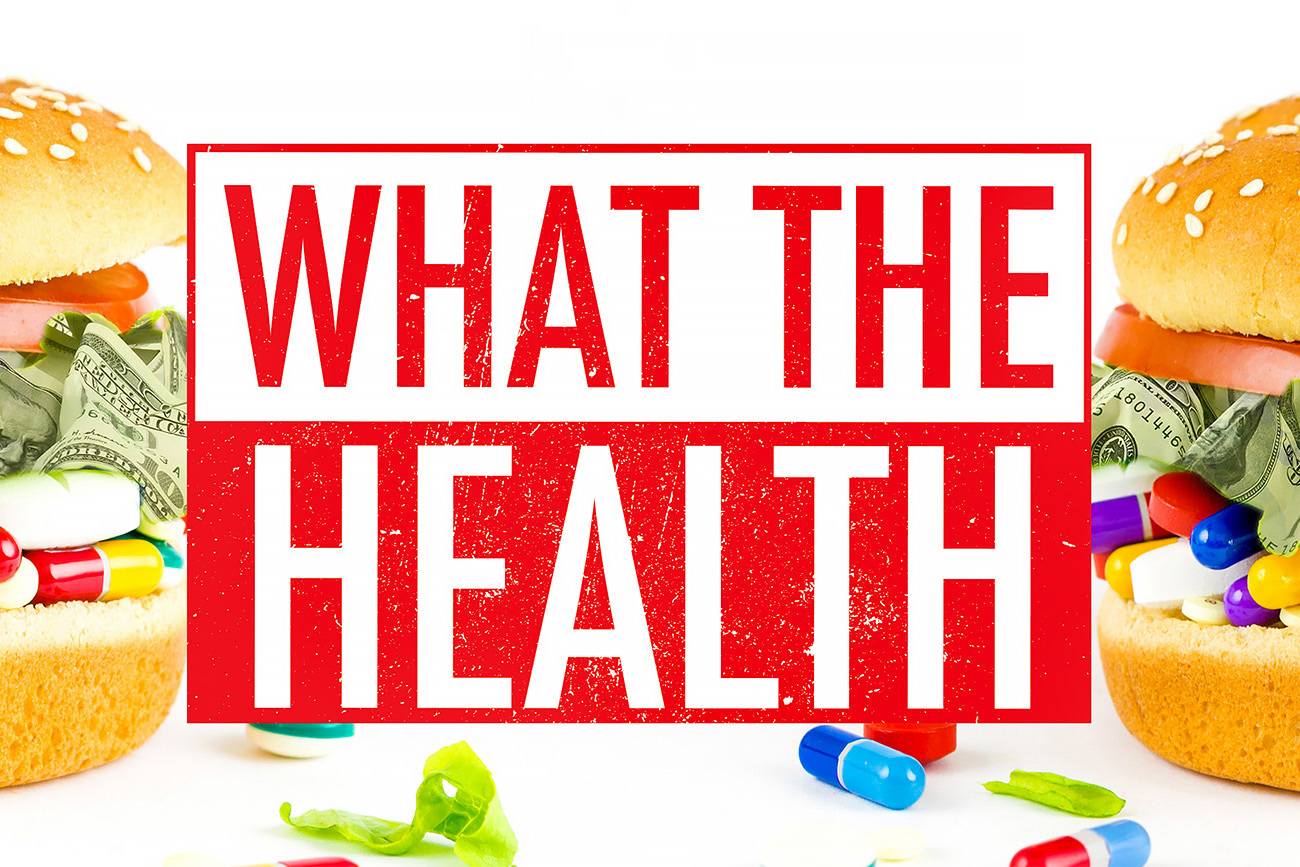 Another hit from Kuhn and Anderson, 2017’s What the Health examines another dangerous side of meat and dairy consumption: the impact it is having on our health. With input from medical experts, like Milton Mills, MD; Garth P. Davis, MD, FACS, FASMBS; and Neal Barnard, MD, FACC, the film explores the link between diet and disease, and investigates the real reason why some of the biggest health organizations in America aren’t doing more to educate the public about it.
Check it out 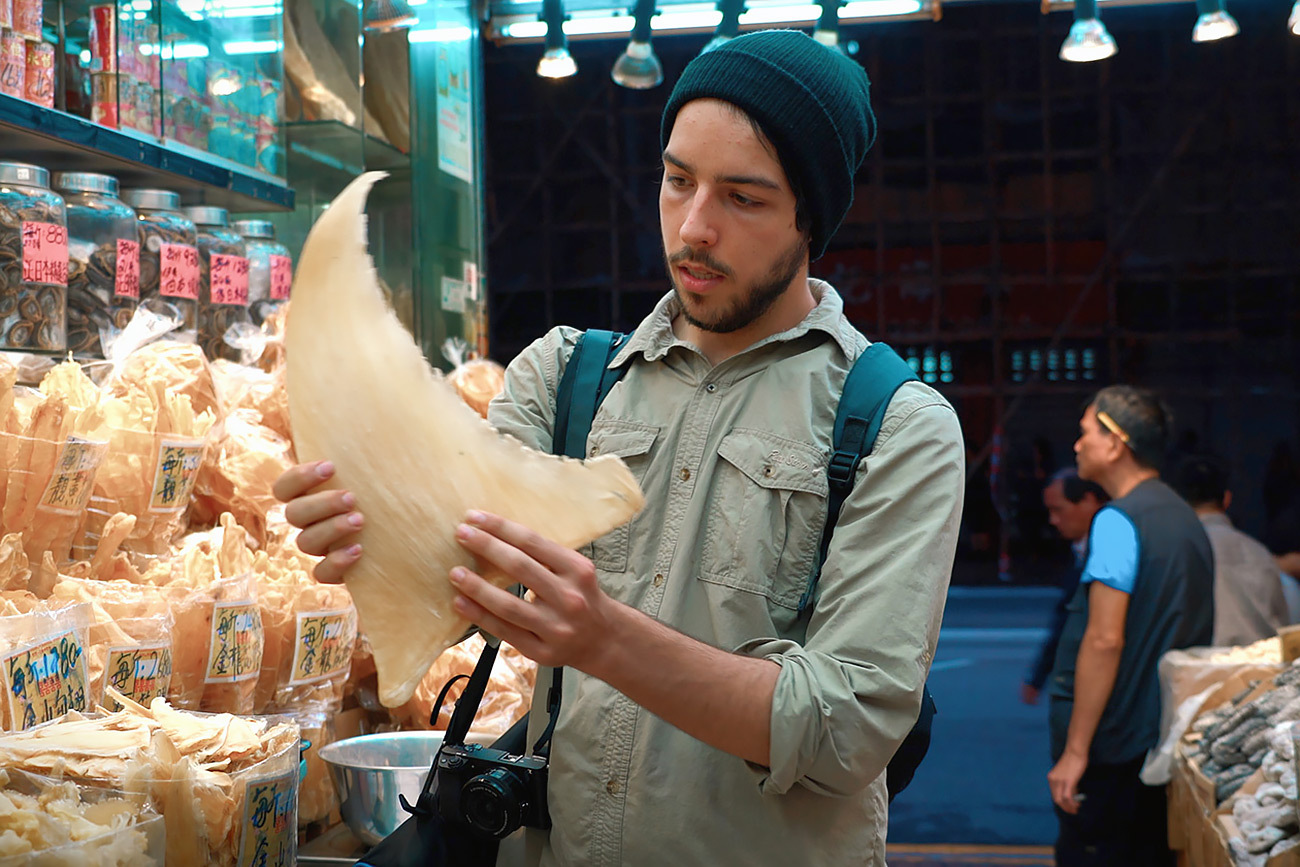 Produced by Anderson and directed by Ali Tabrizi, 2021’s Seaspiracy takes a deep and sobering look at the state of the fishing industry. It not only examines environmental issues like plastic pollution (a significant percentage of which comes from things like nets and lines), but also the human cost of industrial fishing. But, of course, it also explores the solutions to these issues, one of which is, perhaps unsurprisingly, taking seafood off our plates.
Check it out 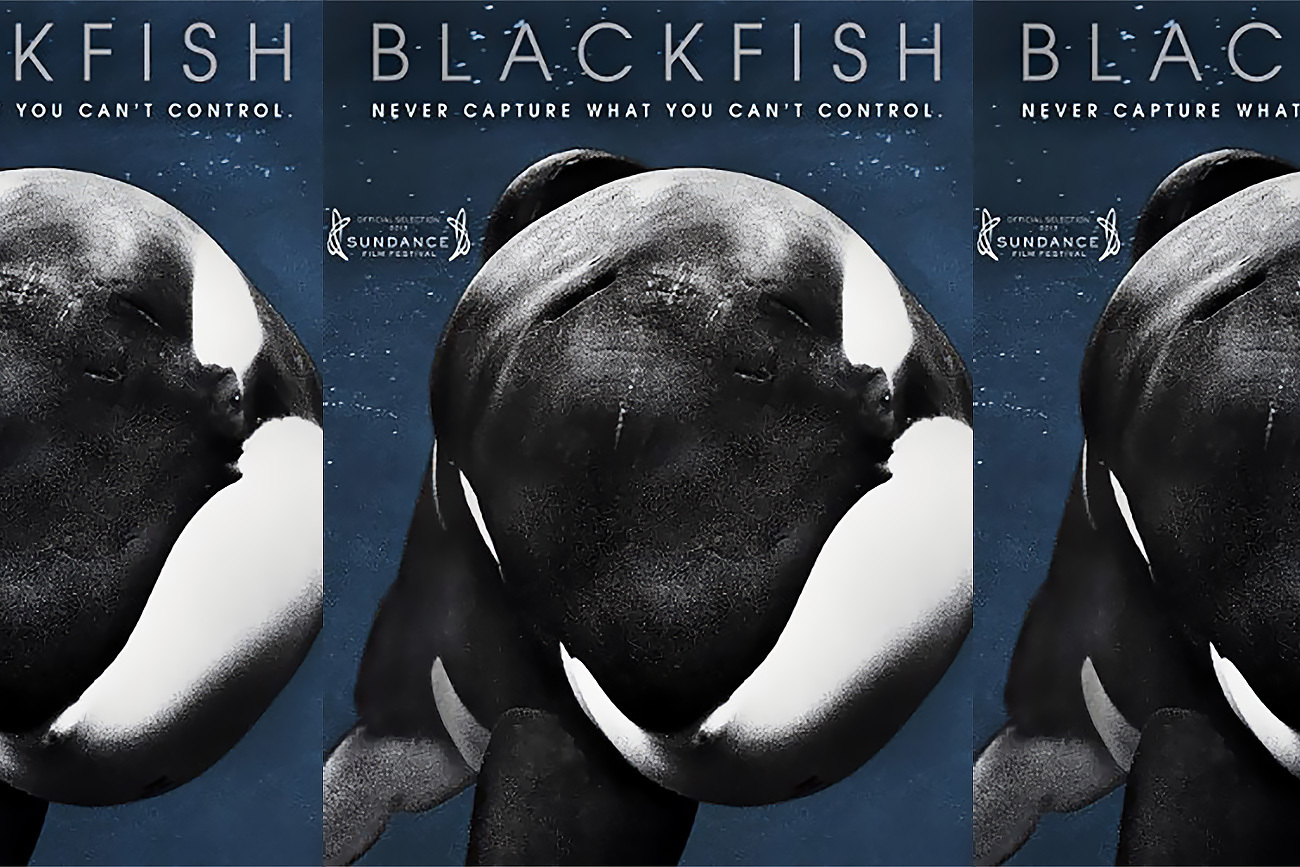 Released in 2013, Blackfish remains a thorn in SeaWorld’s side, its reputation, and its ticket sales. Directed by Gabriela Cowperthwaite, the film examines the ethics and dangers of keeping cetaceans in captivity by following the life of Tilikum, an orca who was captured off the coast of Iceland before spending the majority of his life in SeaWorld marine parks. Orcas have never killed human beings in the wild, but the stress of captivity likely led Tilikum to kill three people, two of whom were his trainers.
Check it out 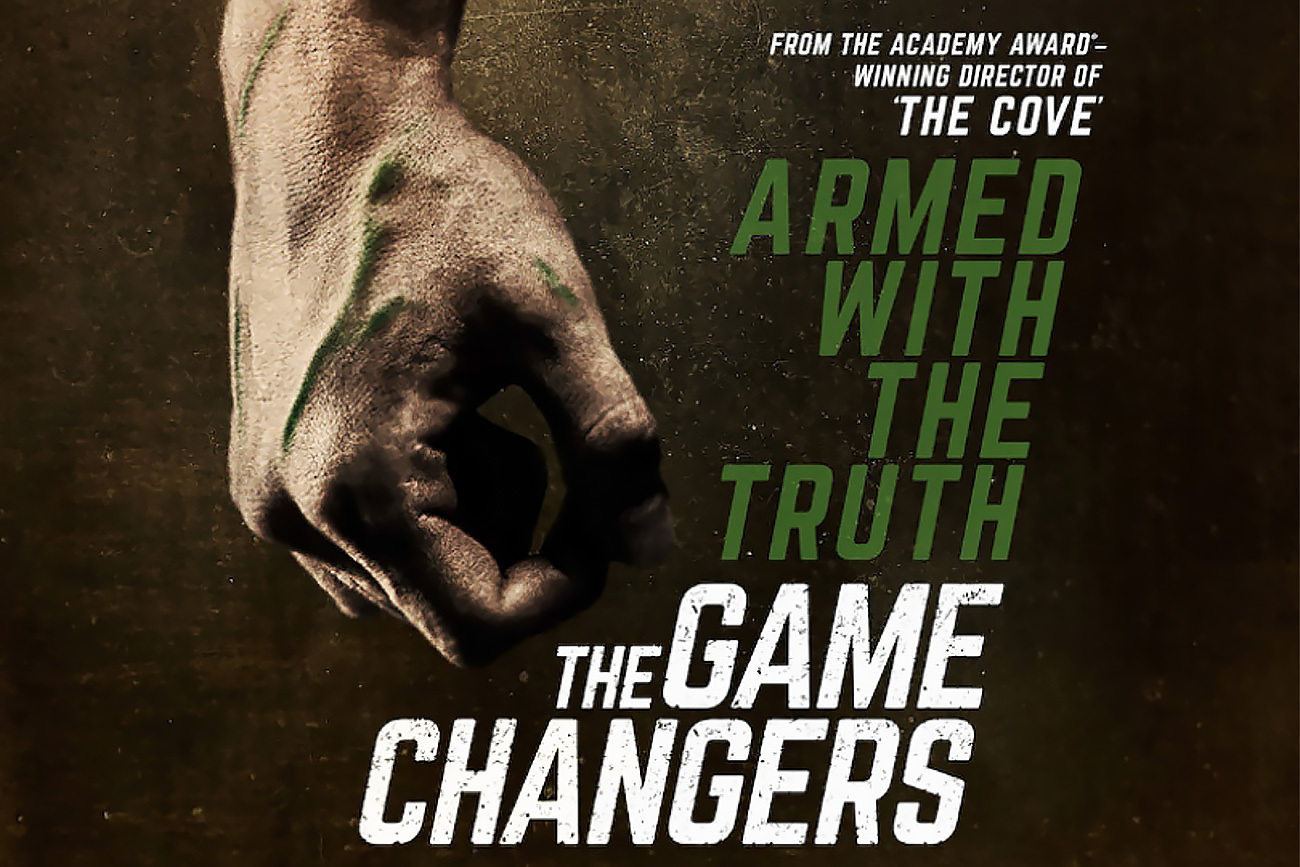 Star-studded The Game Changers, which counts James Cameron, Arnold Schwarzenegger, Jackie Chan, and Lewis Hamilton among its executive producers, focuses on exposing the myth that meat is a necessary part of optimal athletic performance. While many think that packing in animal protein is a key part of sporting success, the film—which was directed by Louie Psihoyos—aims to demonstrate that the opposite is true. It spotlights world-renowned plant-based athletes like Patrik Baboumian (a record-holding strongman), Kendrick Farris (a record-holding weightlifter), and Dotsie Bausch (a US cycling champion).
Check it out 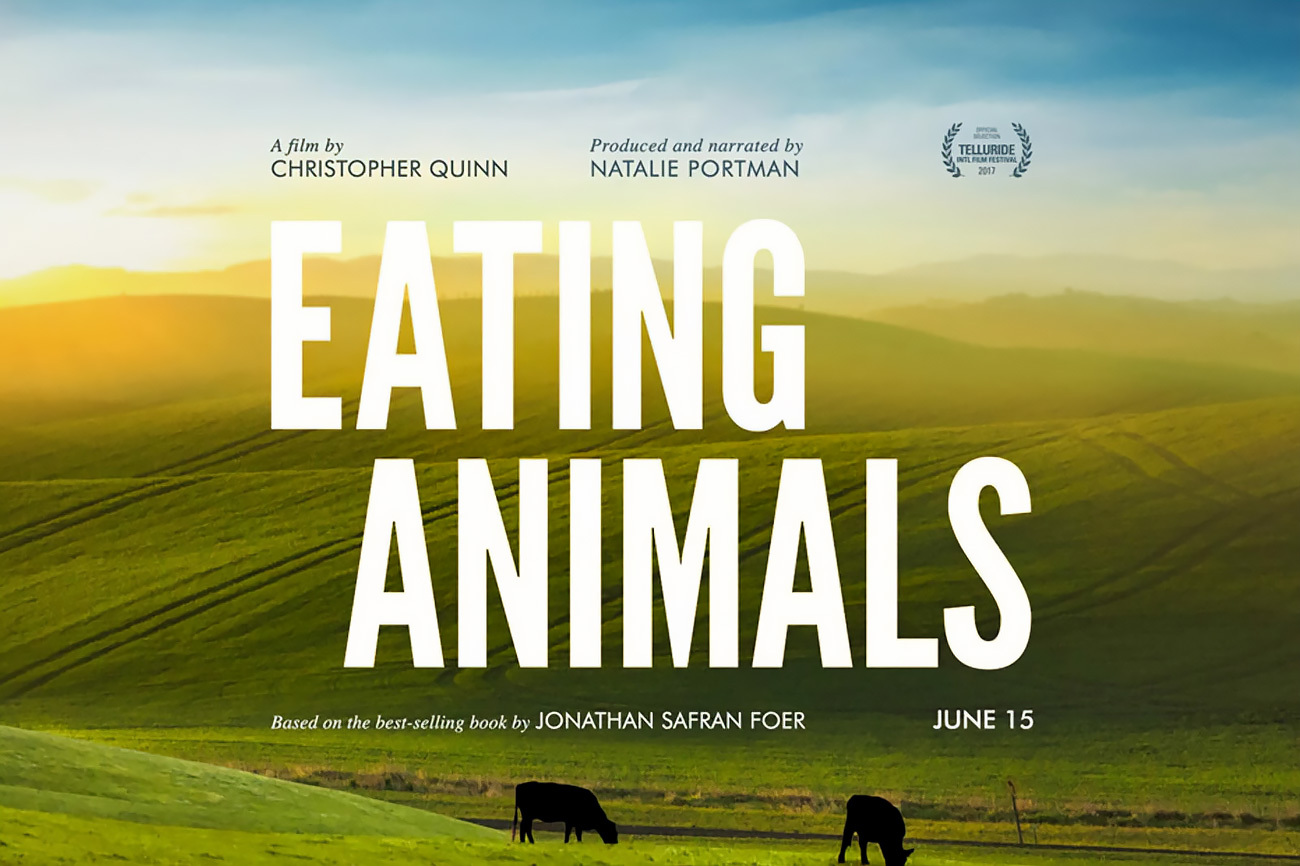 Narrated by actor Natalie Portman, a passionate vegan and animal advocate, Eating Animals is based on the best-selling book of the same name, which was written by Jonathan Safran Foer. Like the novel, the documentary—which was produced by Christopher Dillon Quinn, alongside Portman and Foer—aims to expose the horrors of factory farming. It encourages people to look beyond cognitive dissonance and see what’s really going on at the end of their fork.
Check it out 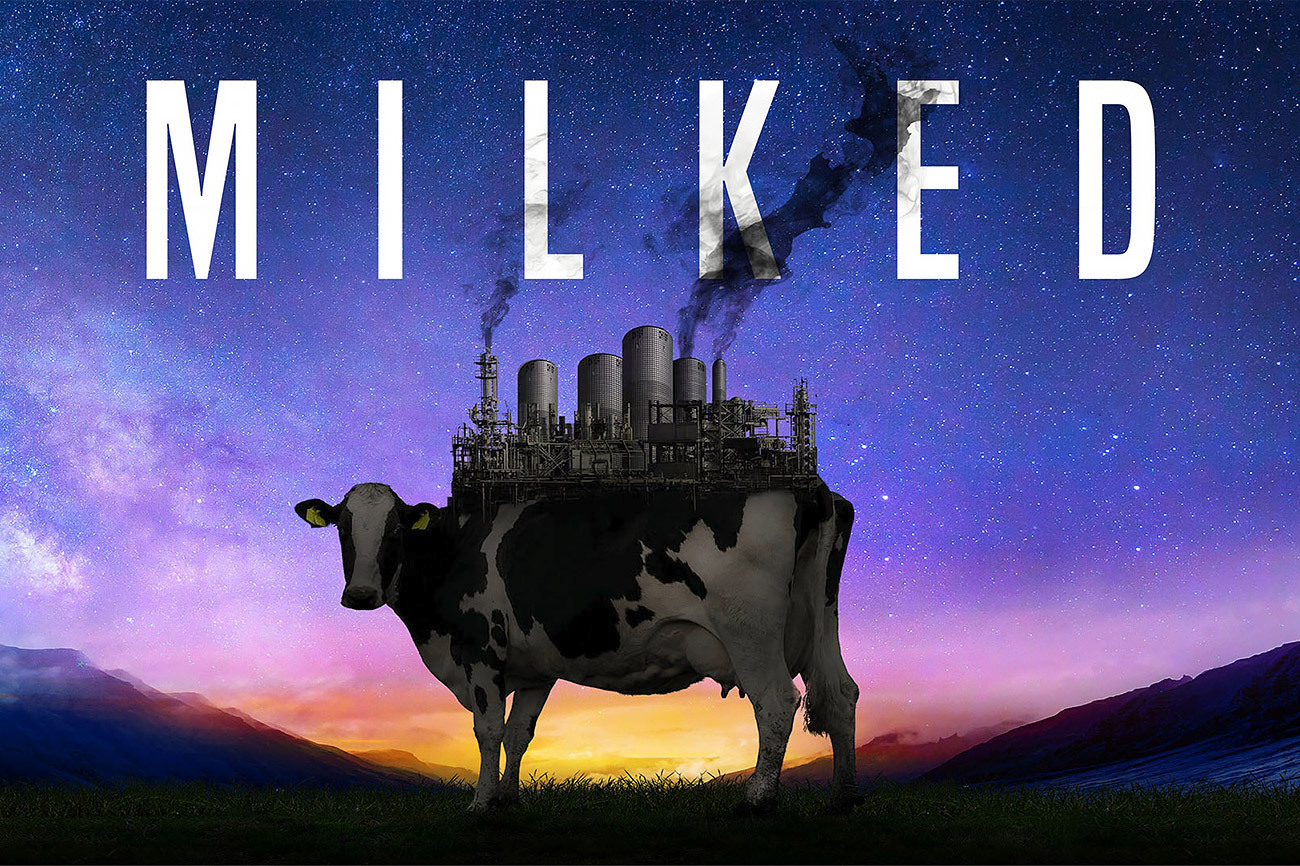 Milked, released in 2021 and directed by Amy Taylor, is a feature-length documentary that follows Chris Huriwai, an activist, as he travels New Zealand. Throughout his journey, he exposes the country’s multi-billion-dollar dairy industry and the scale of the impact it is having on people and the planet. It’s another wake-up call from Kuhn, who, alongside environmentalists like Jane Goodall and Suzy Amis Cameron, stars in the film, and has an executive producer credit.
Check it out 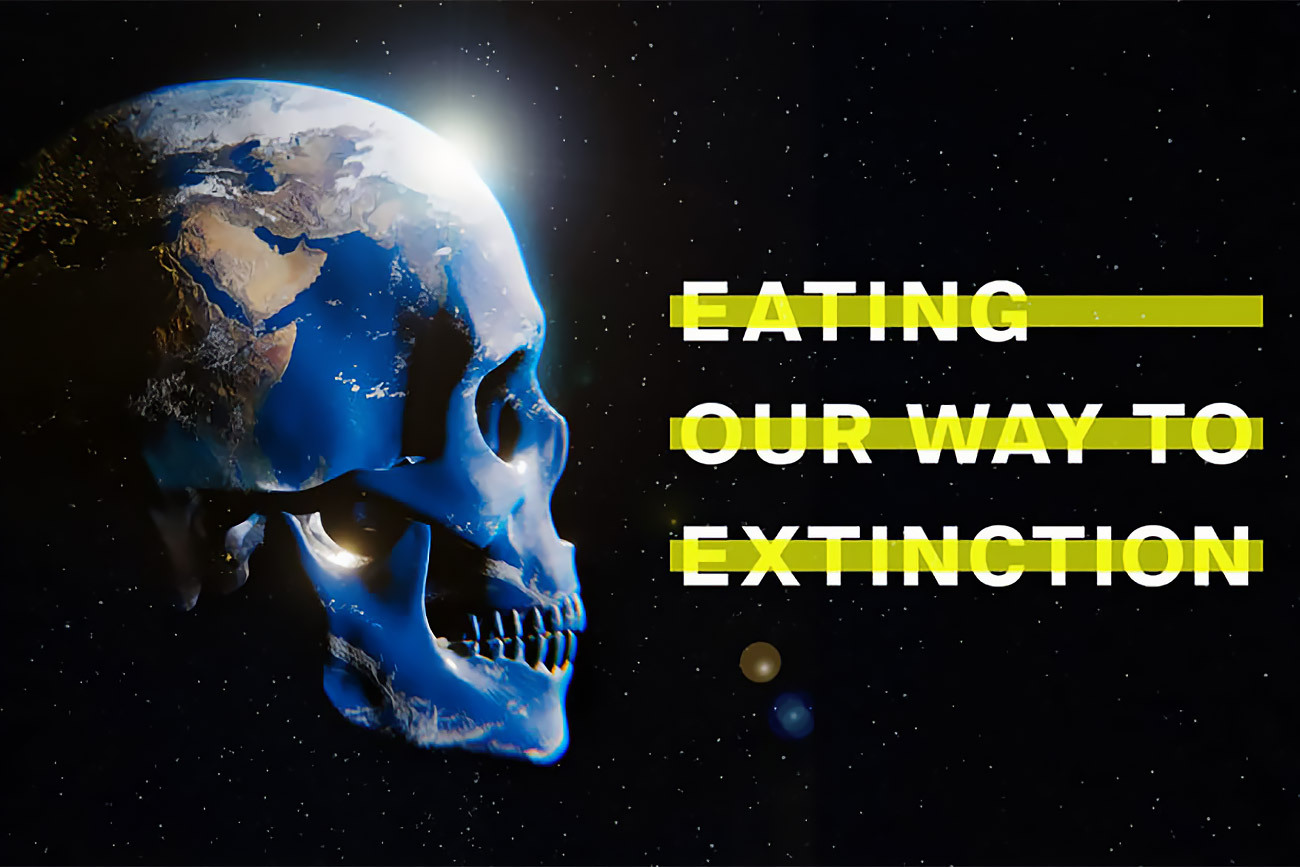 Eating Our Way to Extinction

8 Eating Our Way to Extinction

Directed by Otto and Ludo Brockway and narrated by actor Kate Winslet, 2021’s Eating Our Way to Extinction is exactly what the title says it’s going to be. Accompanied by awe-inspiring cinematography, the film intends to be an eye-opening warning of what will happen to us and the planet if nothing changes soon in the food system. It features leading environmental experts, scientists, and global figures, but also powerful appearances and first-hand accounts from indigenous people.
Check it out 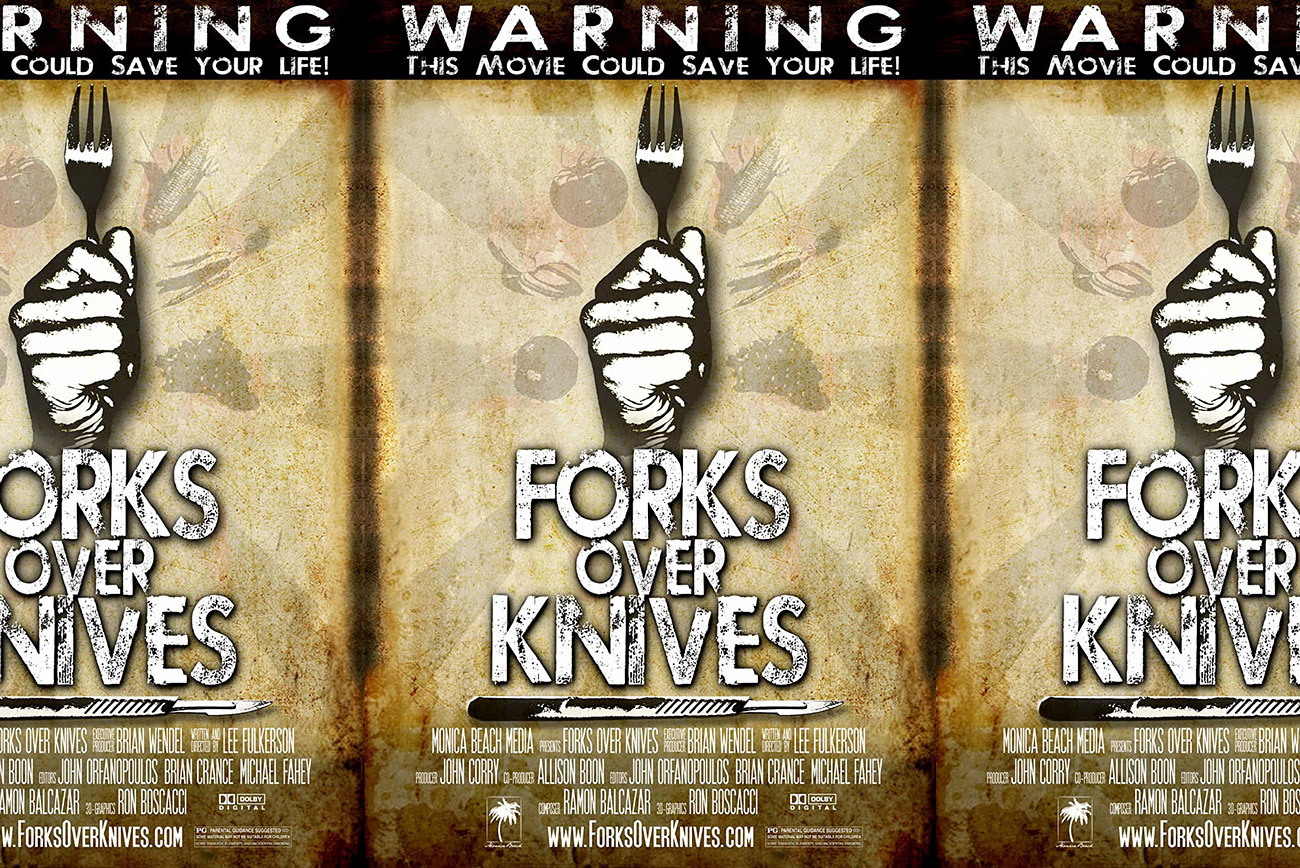 Similar to documentaries like What the Health, 2011’s Forks Over Knives, which was directed by Lee Fulkerson, aims to educate people about the healing power of plant-based nutrition, but also explain why embracing a whole foods, plant-based diet may just extend your life and reduce the threat of debilitating chronic disease.
Check it out 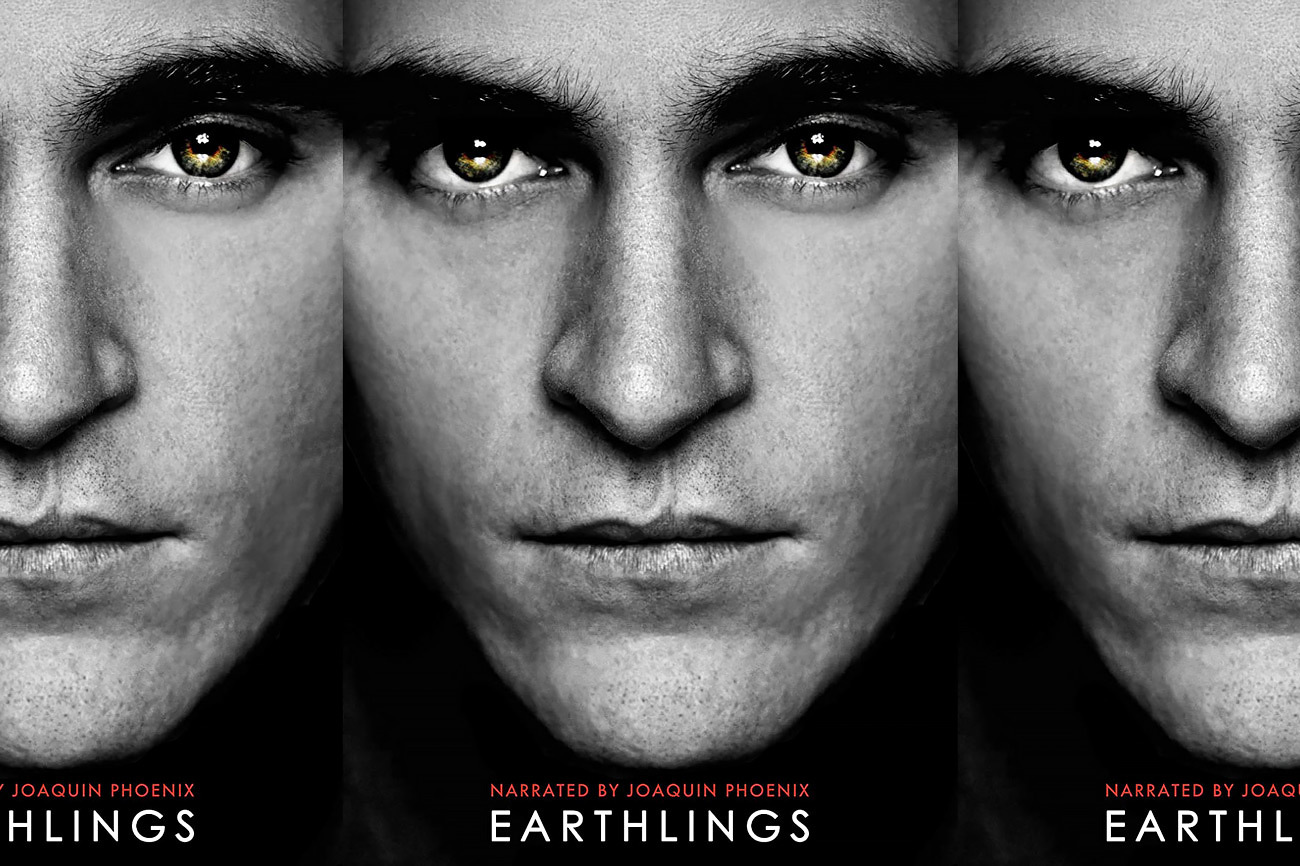 It may have been released in the mid-aughts, but 2005’s Earthlings, narrated by vegan activist and actor Joaquin Phoenix and directed by Shaun Monson, is still relevant today. Relying on hidden camera footage, the documentary takes aim at issues like factory farming, the pet trade, and animal testing, and strives to expose how and why some of the world’s biggest industries rely fundamentally on animal cruelty.
Check it out 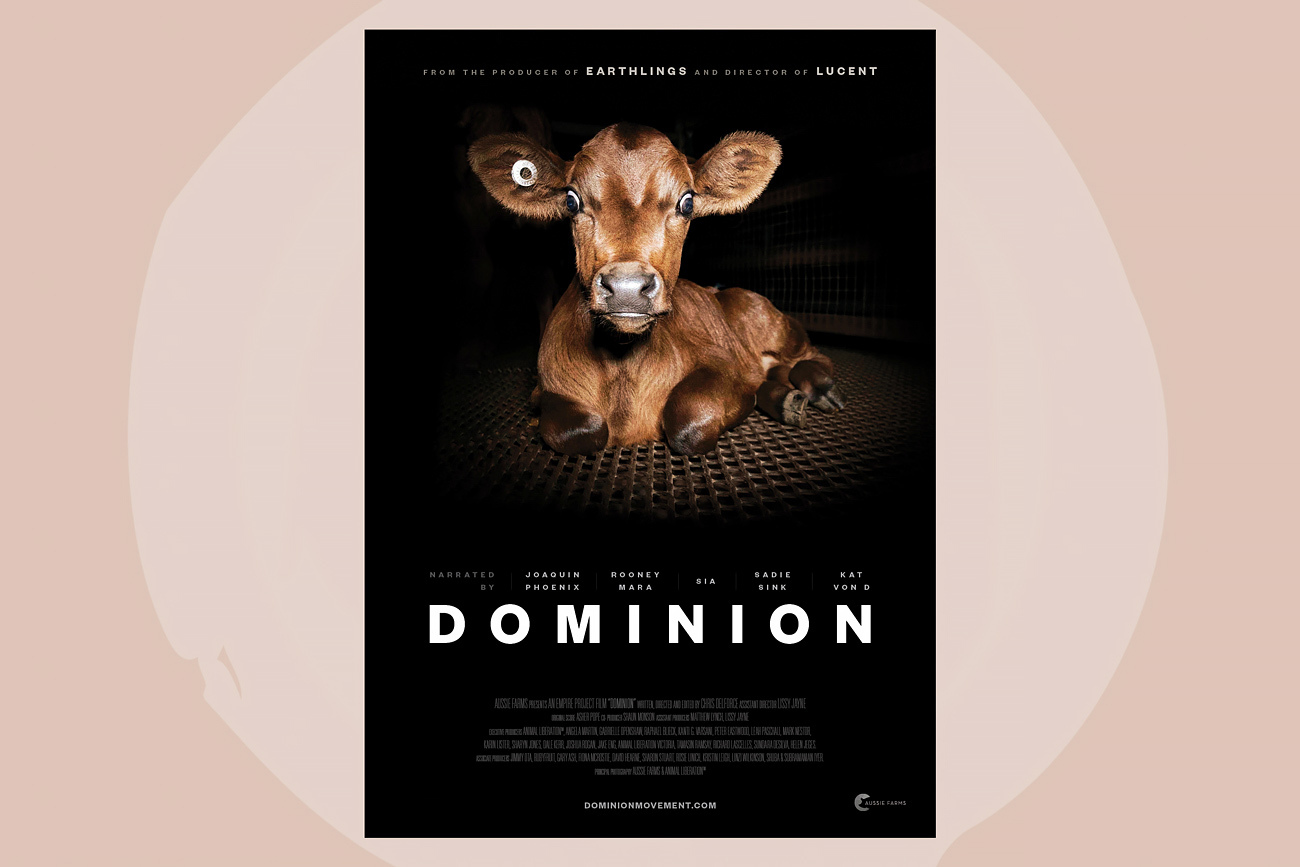 Directed by Chris Delforce, 2018’s feature-length film Dominion takes its lead from Earthlings in many ways. For one, it also stars Phoenix, alongside other big names like Sadie Sink, Rooney Mara, and Sia. But it also mimics techniques, like the use of hidden camera footage. It expands on this by adding harrowing drone footage to the mix, which aims to expose “the underbelly” of animal agriculture.
Check it out 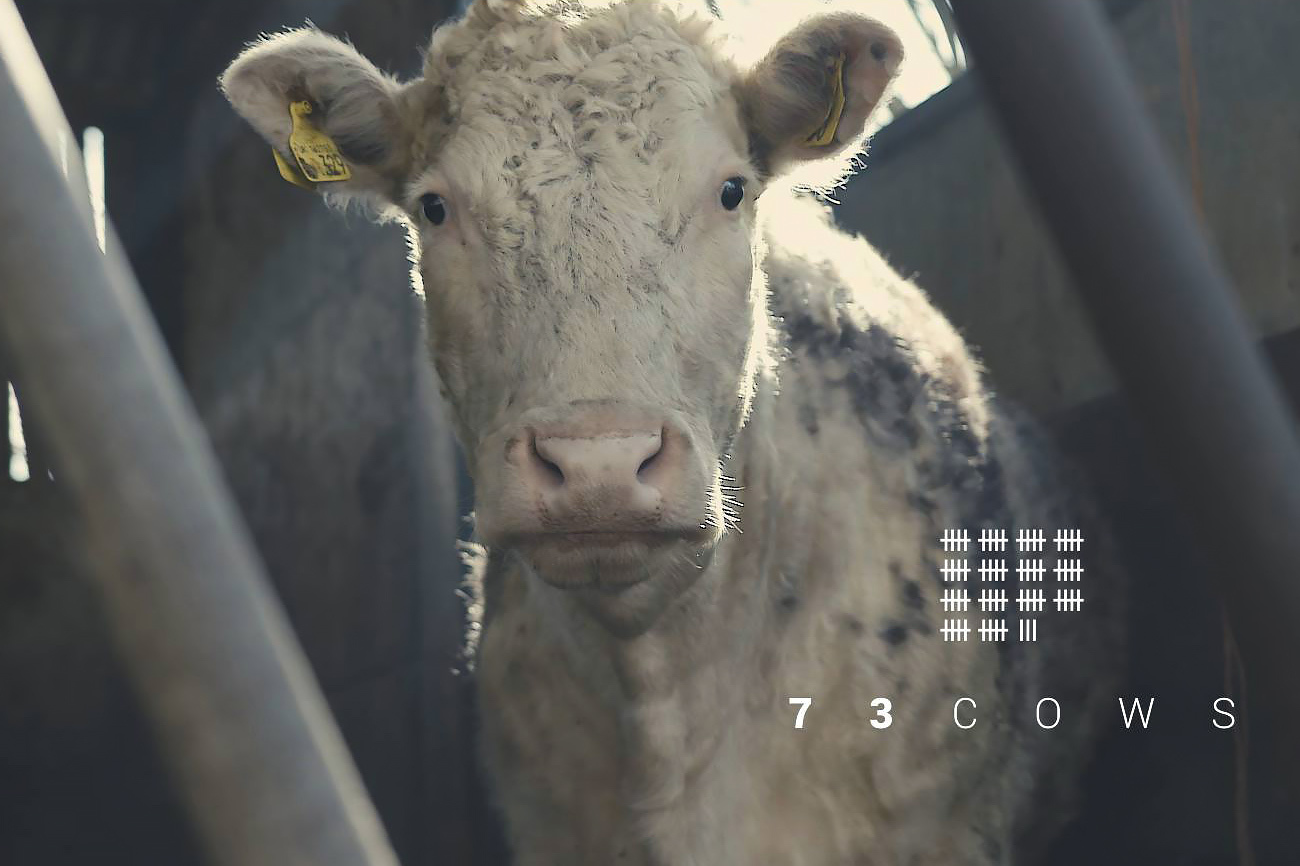 BAFTA-winning 73 Cows differs from many of the documentaries on this list, because it is not a factory farming exposé, and it doesn’t follow an activist or environmentalist. Instead, this moving film tugs on the heartstrings by focusing on Jay Wilde, a former beef farmer, and the personal journey that led him to give up his herd of cattle and pursue a career in vegan farming.
Check it out

For more on vegan documentaries, read: